Today’s guest picture comes from Dropscone who has temporarily abandoned  golf and gone on holiday with his family to Islay where he saw this cross.

It was a grey and windy day today and whenever I thought about doing something  interesting,  it tended to start to rain.  But then it would stop.  And then it would start again so I spent a lot of time thinking about doing things but very little time actually doing them.

I got up late and then a leisurely breakfast merged into coffee .  When Mrs Tootlepedal went off to meet a friend for lunch in Hawick, I watched the birds.

They were very active in the brisk wind.

I have picked three flying chaffinches… 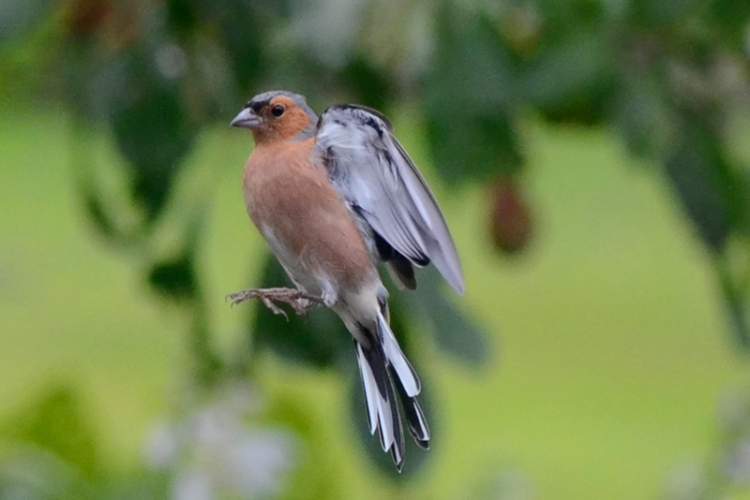 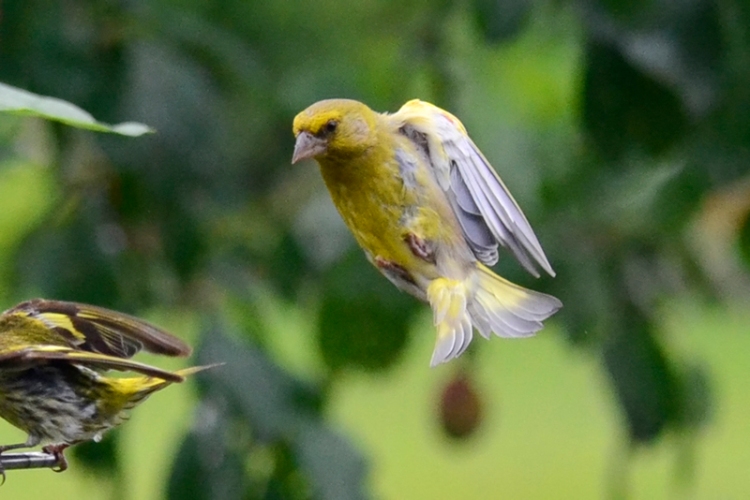 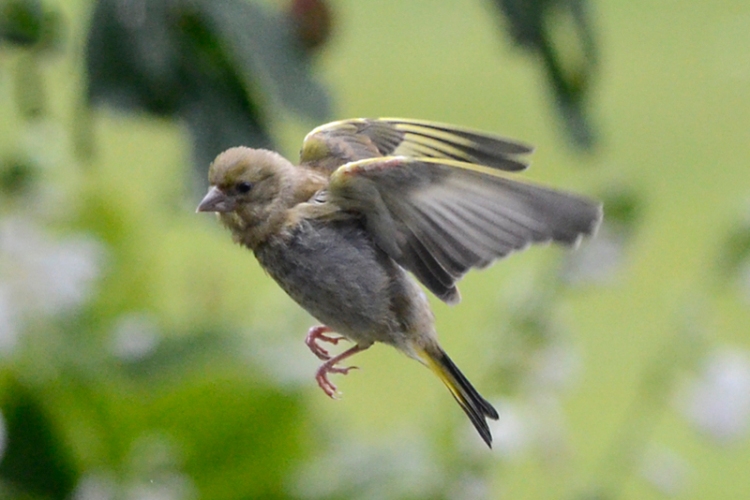 I made some potato soup (with added courgette) for my lunch and then, when the rain had stopped for long enough for things to dry up a little, I mowed the middle and front lawns. 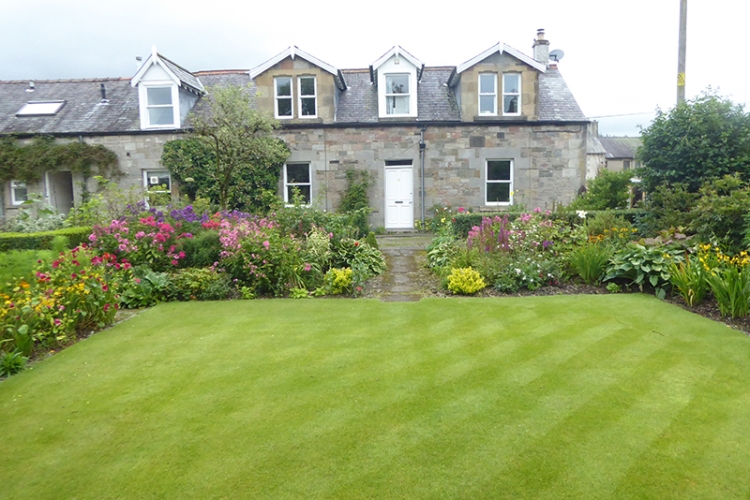 I try to mow in a different direction every time I go over the grass.

There are two little golden patches beside the path in the picture above and they are box balls which grew too big.  Mrs Tootlepedal cut them back severely and we are pleased to see that they are growing back strongly and we will soon be able to trim them into spheres again

When I had finished the mowing, I trimmed one of the remaining big box balls.  This one is  beside the pond. 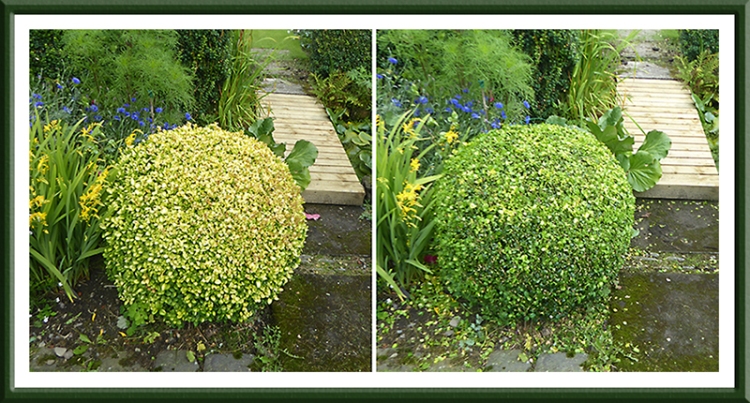 It shows that the golden colour is only skin deep.  It will be cut back too in the not too distant future.

I did some dead heading, a never ending task, and took a picture or two.  The rain has taken its toll on the flowers and many of them are looking a bit battered but this poppy was well sheltered by bigger plants.

As were these cornflowers. 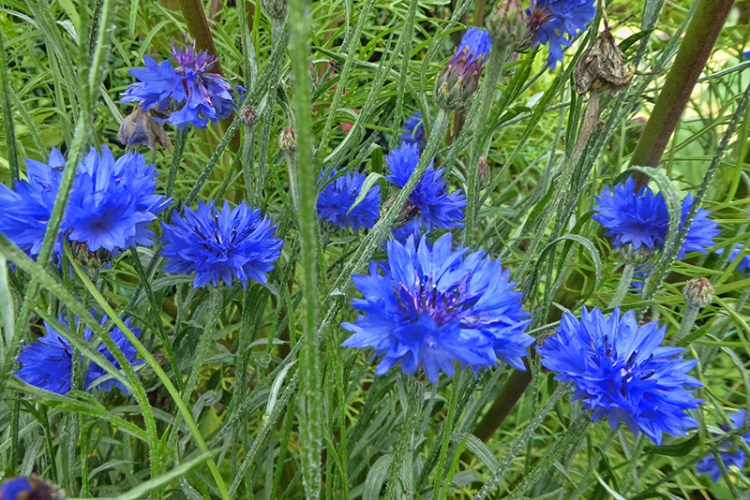 The dahlias can cope with quite a lot. 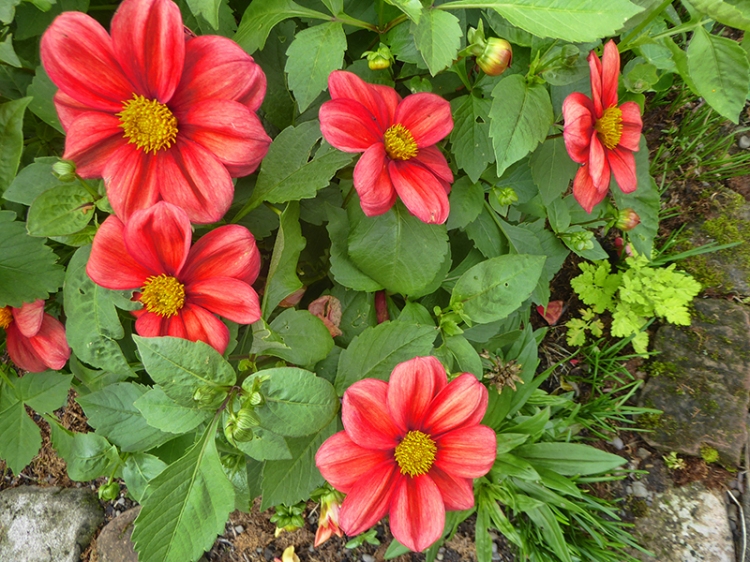 And the potentillas on the dam side are very hardy too.

It was good to see a steady flow of water going under our new bridge.

The zinnias haven’t enjoyed the rain very much and several have broken but this one is still standing proud.

Mrs Tootlepedal returned, having had a good lunch and done some useful food shopping and we sat down to a cup of tea just in time to welcome Mike Tinker to join us.  He had had an on and off rainy walk in the morning so I was pleased that I hadn’t gone out on my bike.

Heavy winds may keep me off it for a few days more as the forecast is pretty miserable as far as the wind goes.

While Mrs Tootlepedal converted her food shopping into a delicious evening meal, I put another week of the newspaper index into the Archive Group database.

The grey day gave me a lot of time to read the newspapers and listen to the radio so I am now very well informed on the goings on in the world.  This is probably not a good thing.

I should have stuck to bird watching.

The flying bird of the day has landed and is looking pretty pleased about that. 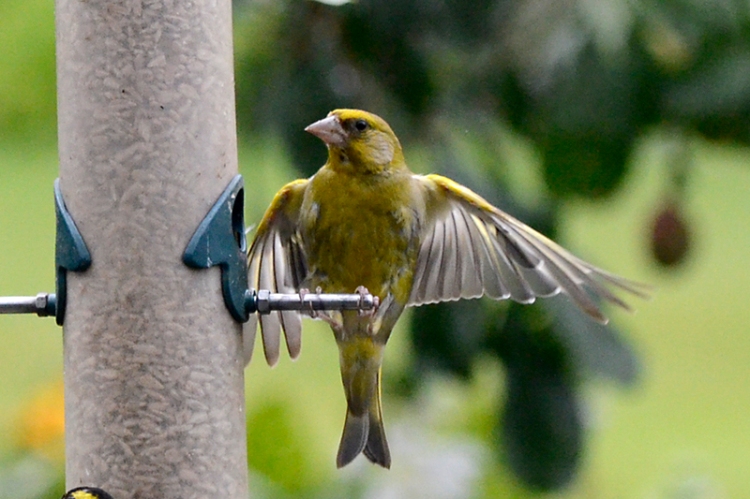