The guest picture of the day comes from my sister Susan who has been touring Bavaria with friends.  She saw some handsome castles on her trip.

It was another grey and windy day today and as we had to be in Dumfries in the middle of it, that didn’t leave much time at either end.

It was still dry after breakfast though and I had time for a quick turn round the garden to do some dead heading and flower watching.  The wind and the wet doesn’t seem to totally discourage bees…

…but there weren’t a great many of either.

Mrs Tootlepedal has tried out a small rudbeckia this year and it has come out but it can’t be said to be looking as good as it should be.

Whereas the dahlias continue to impress with their hardiness. 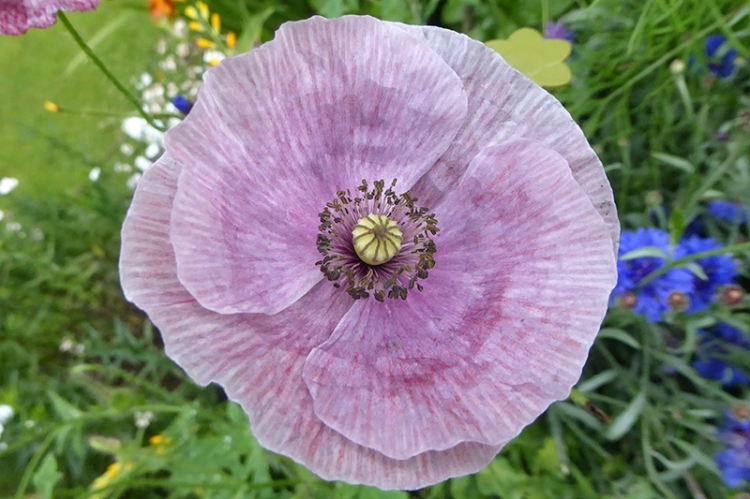 …but I had to hold this one steady with my hand…

…and this one had given up.

This was my dahlia of the day today. 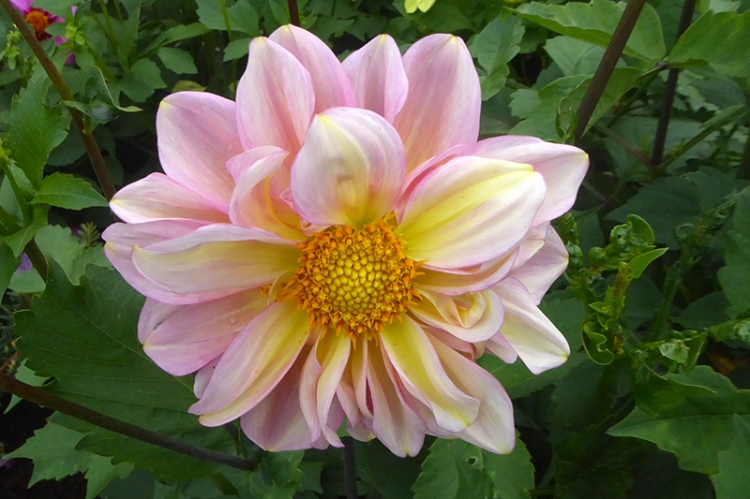 After a quick cup of coffee, we drove steadily across to Dumfries and Mrs Tootlepedal’s check up was both exactly on time and very satisfactory in its outcome.  New and old cataract operations were given the thumbs up and she bought a pair of cheap reading glasses when we got back to Langholm and is happily reading as I write this.

We had hoped to do some sightseeing on the way home but the strong winds and persistent drizzle kept us in the car and we drove straight back.

When we got home, it was too wet and windy for a pleasant walk, cycle ride or useful gardening so I stayed indoors, ate soup, did the crossword and looked out of the window from time to time.

It is supposed to be a quiet time for birds just now as they are recovering from bringing up their young and they are supposed to be resting quietly in the woods where there is plenty of food for them, molting before winter comes.  This may be true but we are still getting some visitors.

First it was a rather scruffy chaffinch… 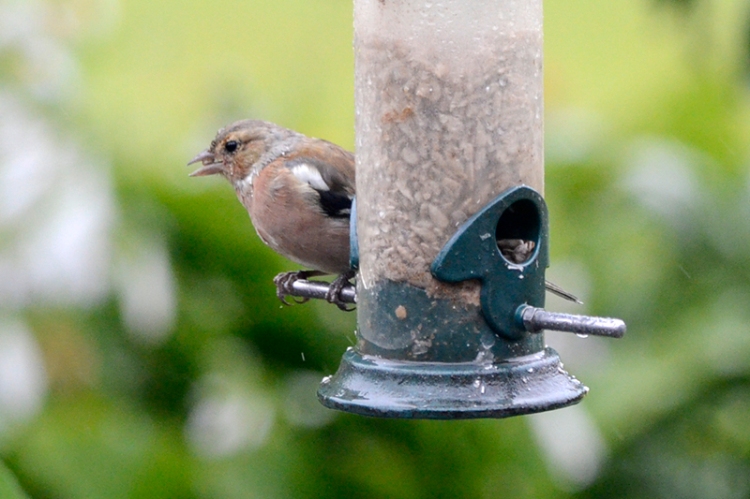 …while a greenfinch waited in the plum tree. 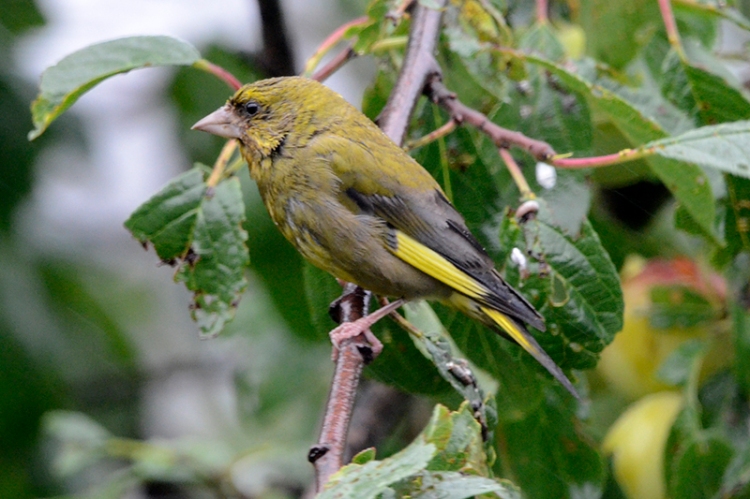 A chaffinch wisely took shelter from the rain and possible predators by lurking in the shelter of the sunflower behind the feeder. 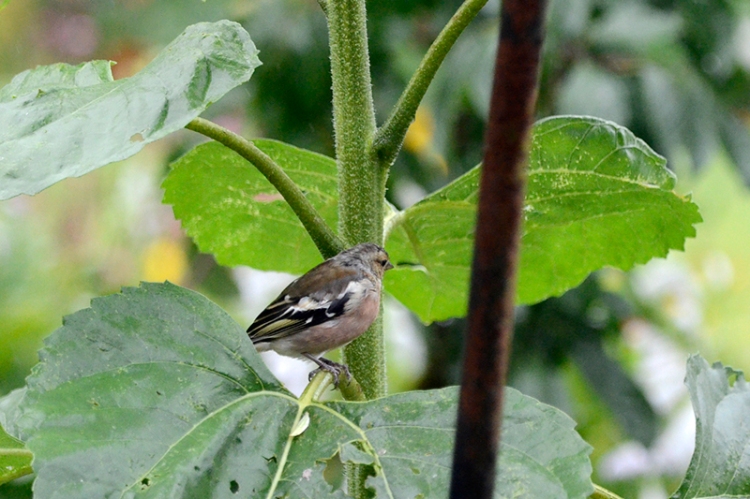 Things got busier as time went by.

And the birds got wetter as the rain continued. 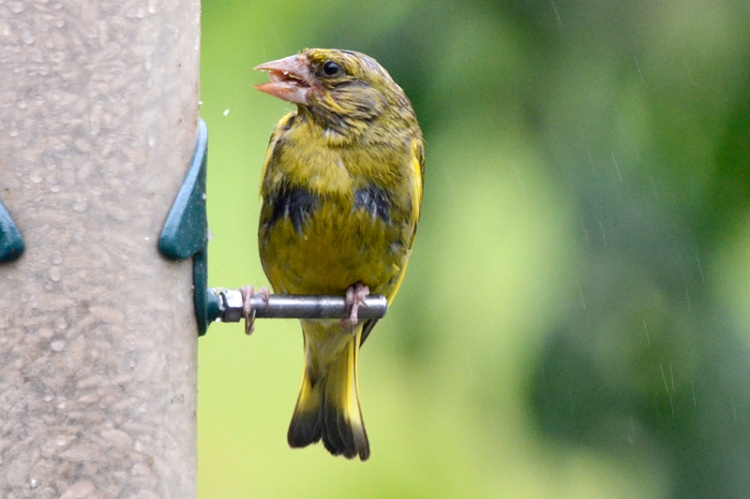 It was all too gloomy for a blue tit who flew past leaving the greenfinches to their gurning.

One greenfinch had legitimate grounds for complaint when he was rudely booted off his perch by a siskin half his size.  Siskins are frightened of nothing. 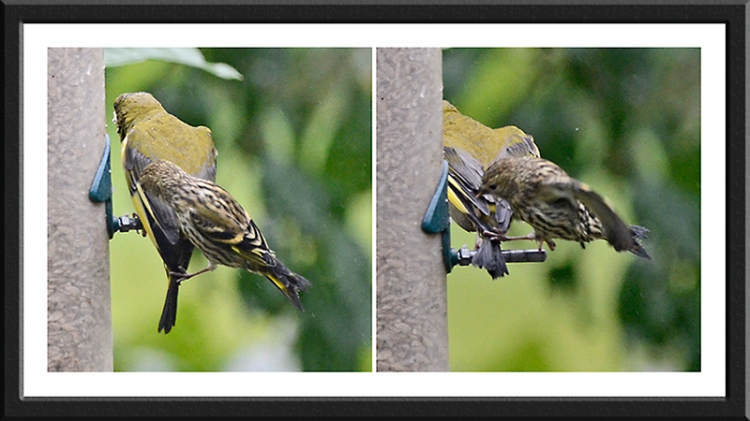 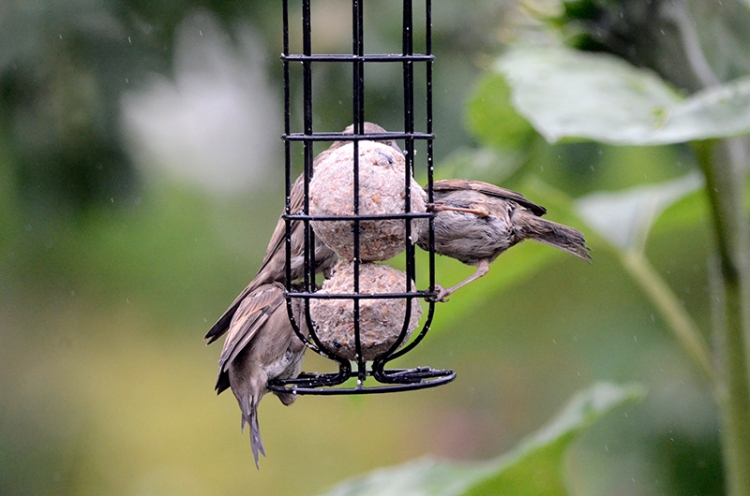 …but it didn’t last and a youngster passed a remark to another….

…and very soon regretted that he had done so. 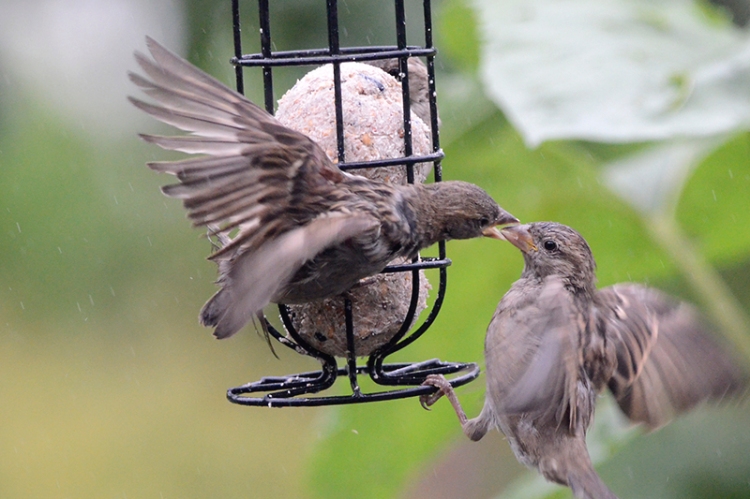 I put the camera away and turned to the computer where I entered another week of the newspaper into the Archive Group database.  The dull weather is letting me catch up on the backlog though I am sure that the relentless data miners will be piling up more work even as I tap away at my keyboard.

In the evening, the dull day was greatly cheered up by the arrival of Mike and Alison for conversation and music.   The pleasure of their company was even more enhanced by the fact that they came armed with a bottle of fizzy wine which put some pep into our playing.  Alison and I got out some pieces which we haven’t played for some time and enjoyed getting reacquainted with them.

The weather seems to be stuck in a wet and windy groove so I may have to look out my wellies soon.

The flying bird of the day is a greenfinch.

18 thoughts on “Another trip to Dumfries”