Today’s guest picture comes from my sister Mary.  She went down to the Thames a week or so ago to catch a boat and spent so much time taking its picture that she almost missed it.

We had another warm, grey, damp morning today but it wasn’t raining and I was able to take a look around.

The ginger syllabub rose has produced two or three late blooms and the mint is flowering.  I looked closely at the mint and admired the jewel like moisture on the tips of its flowers but I needed to hold the drooping head of the rose up for a ‘hand held’ shot.

Mrs Tootlepedal is pleased with the picture presented by the bed at the end of the drive and even on a gloomy morning, it has its charms.

There was no time to hang around in the garden though as we had been invited to lunch in England by our friend Sue.

She lives in Cumbria near the town of Brampton about 25 miles away from us and is most notable for having turned a shipping container into a garden room.

We drove south, enjoying the recently improved surfaces of the roads as we went.  We were likely to arrive a bit early so we stopped to look back down on Talkin Tarn, a man made lake near Sue’s house.

Sue lets her container room out through Airbnb and has no shortage of takers.  Many of them have remarked on their enjoyment of the birds visiting the feeders outside the windows….

…and so she asked me if I would take a picture or two of birds at the feeders for her website entry.

The light wasn’t great but there was no shortage of birds to shoot, especially blue tits but with several coal tits and great tits too.

A strange rustling in the leaves heralded the arrival of a featherless visitor to the feeder.

A squirrel appeared, looking as though butter wouldn’t melt in its mouth… 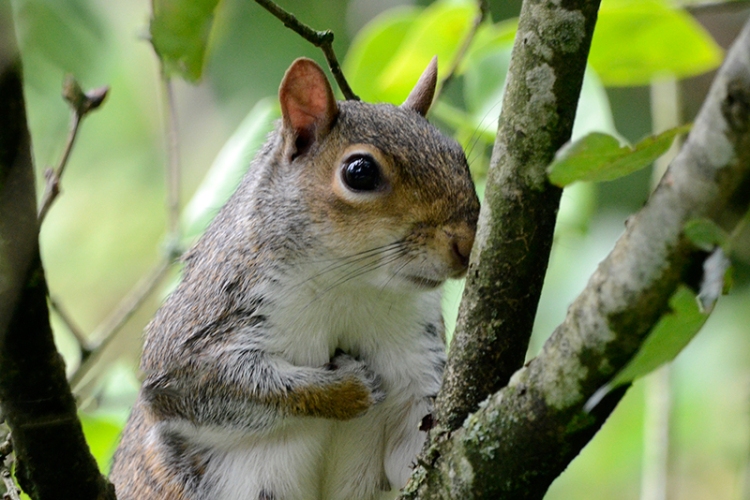 …but it didn’t take long before it was tucking into the bird food.

I had caught several glimpses of a nuthatch but it saw me and kept its distance.  In the end, I had to go into the container and shut the door before it would come forward. 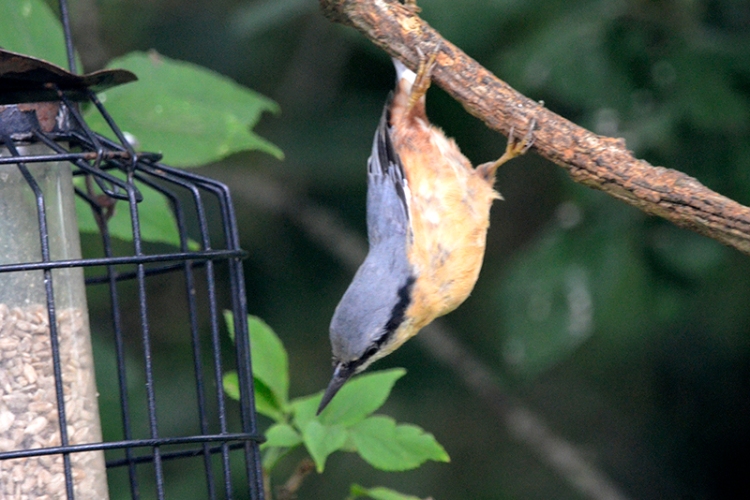 Sue provided us with a delicious lunch and then took us for a walk round the neighbouring lanes.  There was plenty to see as the verges hadn’t been so cruelly cropped as ours and as I was accompanied by two wild flower enthusiasts…

…I am able to name much of what I saw.

Mrs Tootlepedal thought that it was the best policy to collect a few of the honesty seeds so that she can try to grow some in our garden.

As well as the detail, the broader picture was delightful too.  The countryside there is full of little hills and hollows… 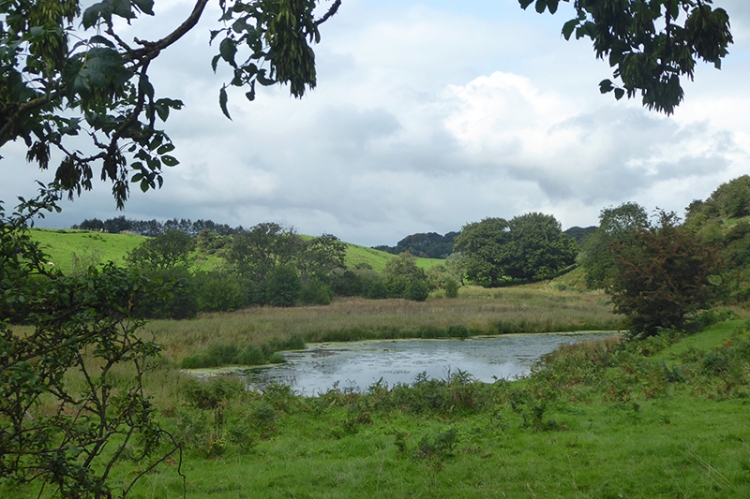 …but has wider views of the fells as well.

We walked down into the valley of the Gelt river and under this very tall viaduct, built between 1832 and 1835 for the Carlisle and Newcastle railway.

We passed under the railway and over the river and walked up the other side of the valley, eating many deliciously ripe blackberries from the hedgerow as we went.

…from which we were now able to look down on the railway.

We followed a path through a field, passing some really well stocked hawthorn trees… 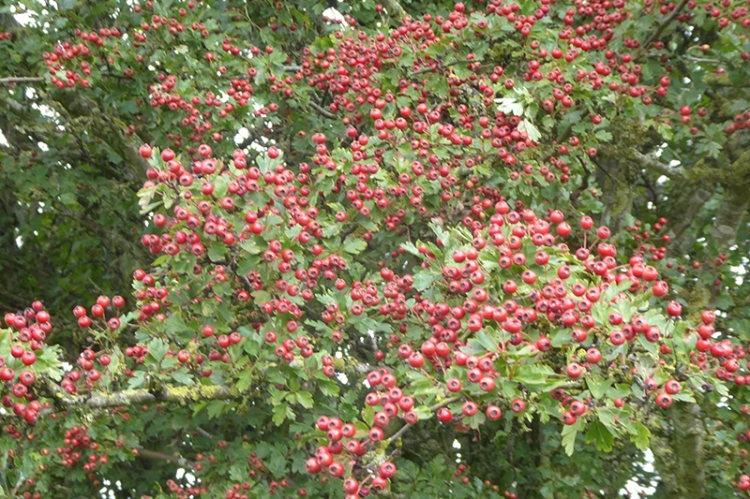 …and admiring yet more wooded views…

…before finding ourselves back down by the Gelt River again.

We crossed it by a new footbridge…

…and then followed the lanes back to Sue’s house.

The walk was about three and a half miles in length by a rough calculation but had such variety of surroundings that it was thoroughly satisfying….as were the cup of tea and home made ginger biscuits when we got in.

It is always a pleasure to visit Sue and she is very clever at finding a good walk for us and if the sun comes out as it did today, it is hard to think of a better place to spend some time.

The drive home was smooth and uneventful and we settled down to our evening meal with the feeling of a day very well spent.

I even got a nearly flying bird of the day in Sue’s garden.

31 thoughts on “A day in the country”