Today’s guest picture was sent to me by my friend Bruce and shows his dog, Guthrie considering the pros and cons of a quick swim in the leisure pool  on the Castleholm.

The changeable weather came as forecast but luckily for us, all the rain came during the hours of darkness and the day was dry and even occasionally sunny.  There was a lot of rain in the night though and when I crossed the river after breakfast, I could see the result.

I was on my way to the doctor to find out about my iron levels.  They are fine and I am now certified as fully attractive to any passing magnet.

On my way across the river, I noticed an old friend so I pedalled back to the house to get a camera and came back in the hope that he would still be there.  He was there….

….tucked away in a sheltered spot in the lee of the Kirk Bridge while the river roared past.

Some vigorous bird calls made me look about and I saw a pair of very active grey wagtails, one of whom stopped still long enough for me to take a picture. 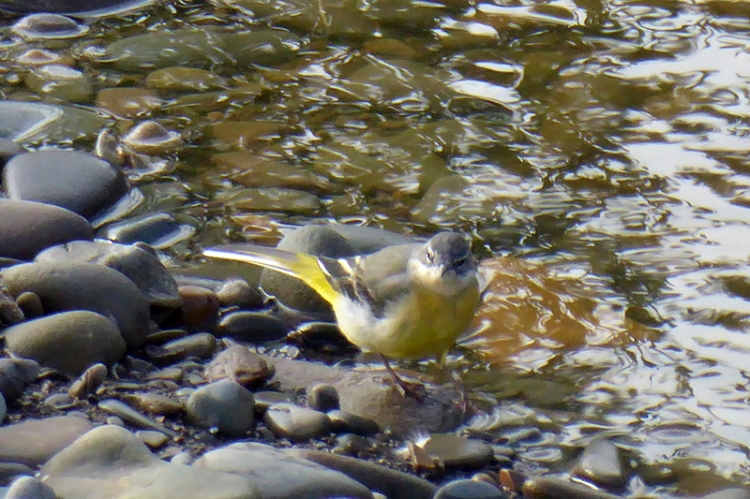 When I got back to the garden, there was a pair of active blue tits there on the fat balls. 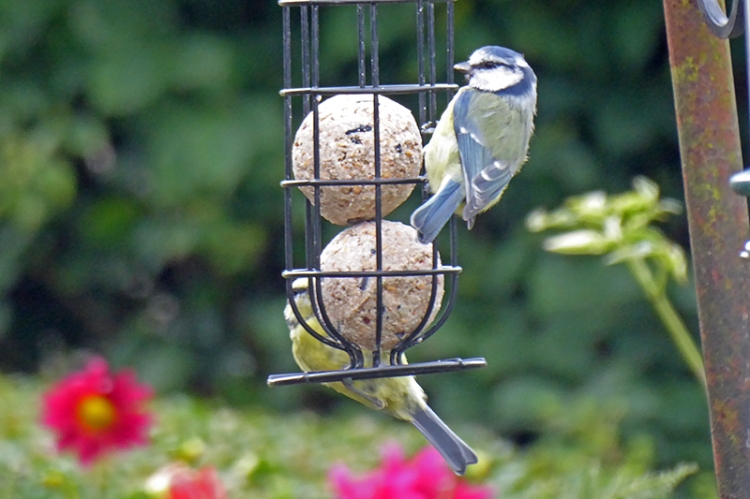 I mowed both the front lawn and the greenhouse grass which were remarkably firm and dry after the night’s rain.  A brisk wind and some sun had helped.

In order to get a breather from the mowing, I broke off from time to time to look around.

In spite of the strong wind, the garden was full of butterflies again…

…and there were bees and other insects everywhere. 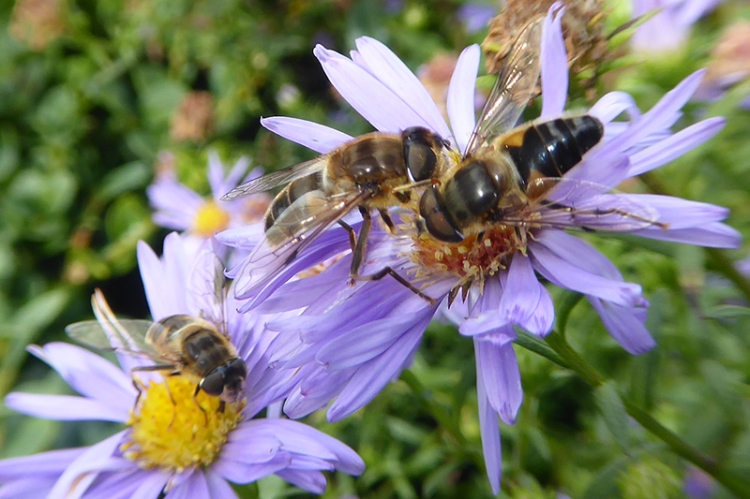 We have had quite a good selection of bumble bees this year as well as lots of honey bees.

This was my favourite moment.

One of the astrantias has come again but oddly for such a bee magnet, it was bee free today.

I did a little bird watching too.

Sparrows and blue tits took turns on the fat balls.

A siskin had its feathers ruffled by the breeze.

And a coal tit dropped in a couple of times but was rather camera shy. 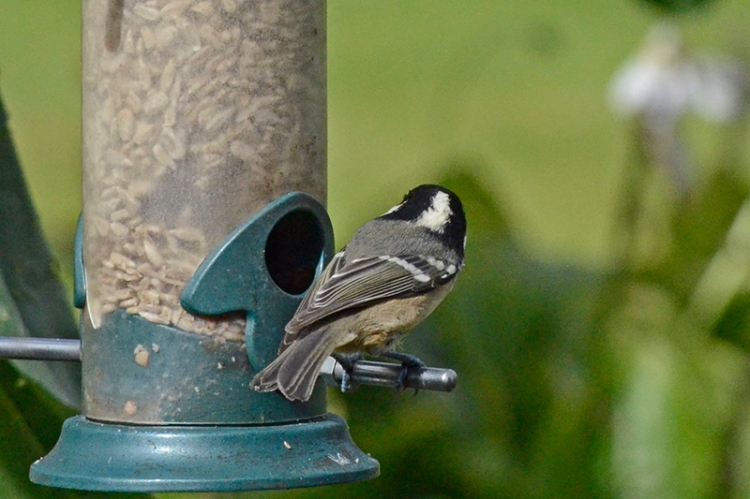 After lunch, I decided that I should brave the wind and go for a pedal as the weather looked set fair.

Once out of the shelter of the town, it was very breezy, with gusts of up to 30 mph so I settled for a ride to the top of Callister and back followed by another turn up the Wauchope valley as far as the schoolhouse and this gave me 20 miles, quite far enough for my legs.

..but the overnight rain had made my favourite cascade quite dramatic and worth a scramble down the banking to see it in action.

The level in the Esk had dropped though and a gull could stand on a rock by the water’s edge without risk of being swept away.

Mrs Tootlepedal had had a busy afternoon and arrived home after me and we spent a little time in the garden.

Second flowerings are to be seen on all sides.

We are still dead heading in an effort to keep things going but it can’t be denied that the flowers are gradually fading away.

The plums are over but we are awash with apples and the raspberries are ripening steadily so we are not starved of fruit just yet.

Mrs Tootlepedal made an interesting one pot evening meal which involved almond milk, cauliflower and linguine.    It was very much to my liking though Mrs Tootlepedal thought that she could take it or leave it alone.

After previous predictions of gloom and doom, the forecast is now for another dry but windy day tomorrow.  It is difficult to plan when things change so frequently.

Under the circumstances, I thought it only proper to have two flying birds of the day today, one in the sunshine… 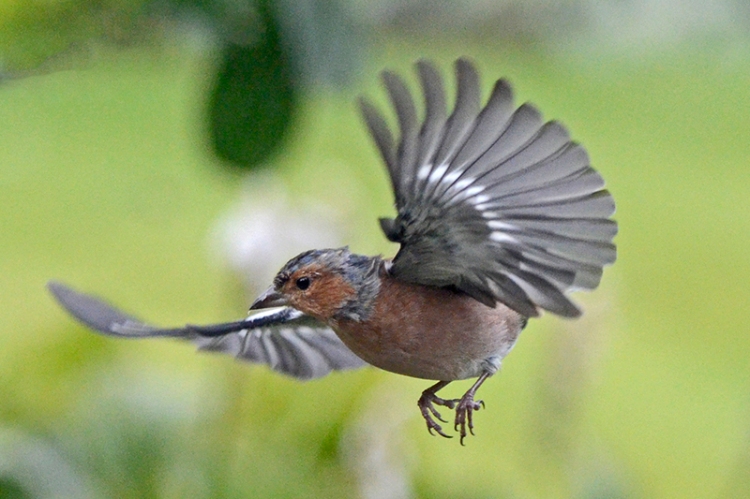 21 thoughts on “Night and day”