Today’s guest picture comes from our friend Bruce who was more adventurous than me and went for an outing in the rain.  His reward was a picture of the Byreburn in full flow over the Fairy Loup. (I have put a little video that he took at the bottom of this post for those who like loud noises.)

As you can see from Bruce’s picture, there was a lot of water about today.  It had started raining before two o’clock in the morning and it rained until it got dark in the evening.  At that point 35 mph winds started to blow so it wasn’t in general a very pleasant day.

Dropscone arrived with bonus scones as he had left his hat and gloves here yesterday  and we had a cup of coffee before we went off with them firmly in his grip.

While we were sipping, there was a mass flight of birds from the feeder and when we looked, we could see the reason for the excitement.

The sparrowhawk lurked in the plum tree for some time but no little birds were foolish enough to come back to the feeder and it eventually flew off.

As it had been raining for 8 hours by the time that Dropscone went off to do some shopping,  I walked down to the river under a capacious umbrella to see if the water was high.  It was surprisingly low… 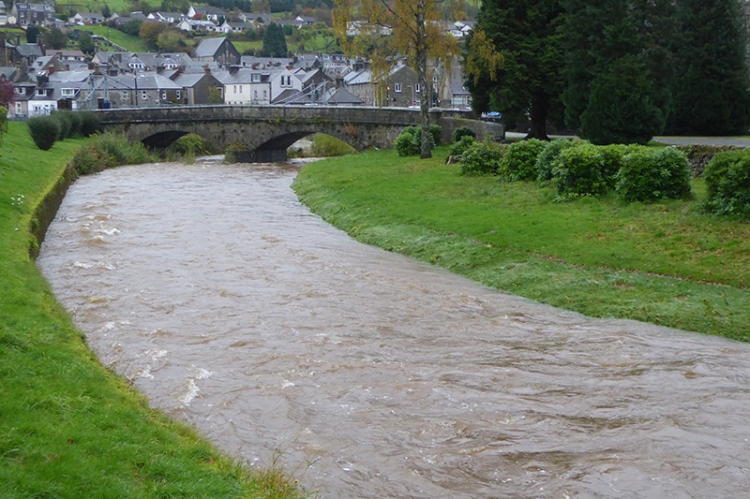 …and you can see from the grass on the far bank that it had been higher yesterday after a much shorter but much heavier shower.

Two goosanders found it calm enough to paddle about.

…and I noticed the usual autumn outbreak of fungus around an old tree stump next to the church wall. 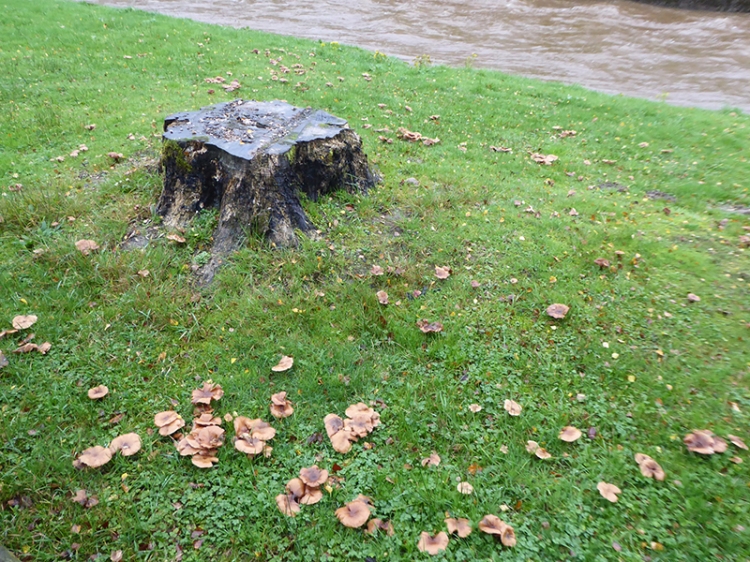 The rain started to come down a bit more vigorously so I went home and looked at the birds as there was nothing much better to do.

Although the rain was very persistent, it was quite light at times and the birds didn’t get as soggy as they sometimes do in the wet.

I don’t know if we just have one coal tit who visits a lot or several coal tits who come one at a time but I never see more than one at the feeder though I do see it/them a lot at present.

We had a good number of greenfinches today and at times they dominated the feeder, shouting at sparrows… 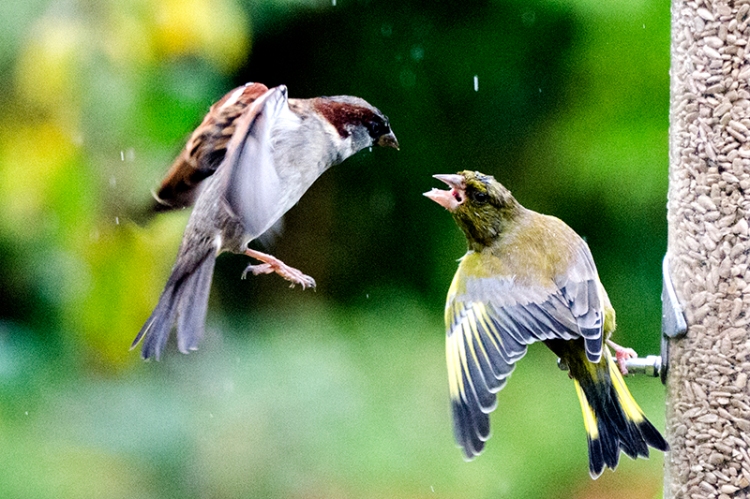 …and grumbling at other greenfinches. 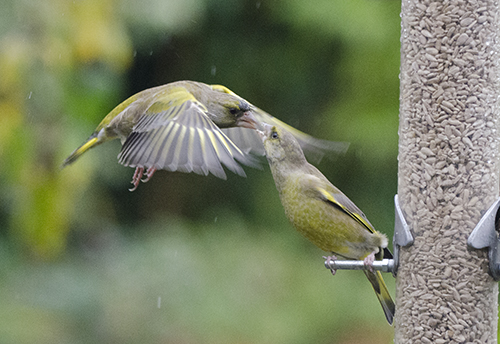 Between the greenfinches and the sparrows, goldfinches could only sulk in the background.

…while others took a more direct route to eviction. 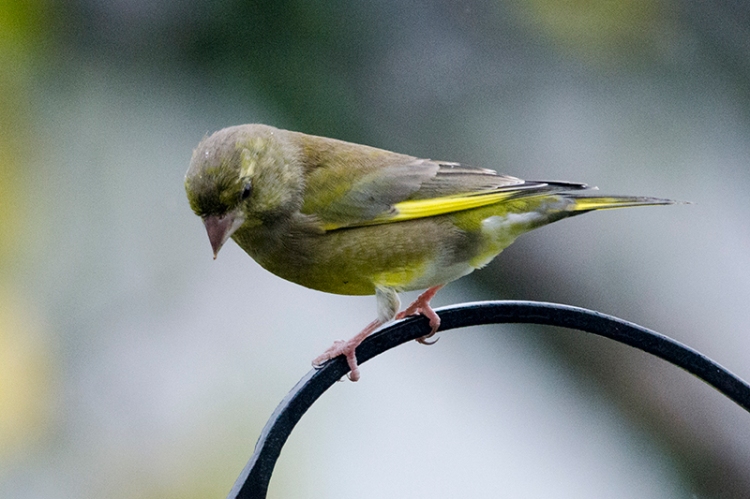 …and a goldfinch rose above the bad behaviour. 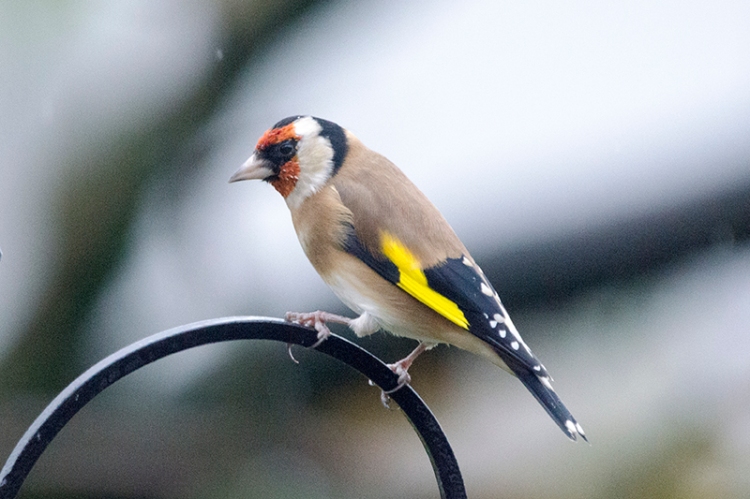 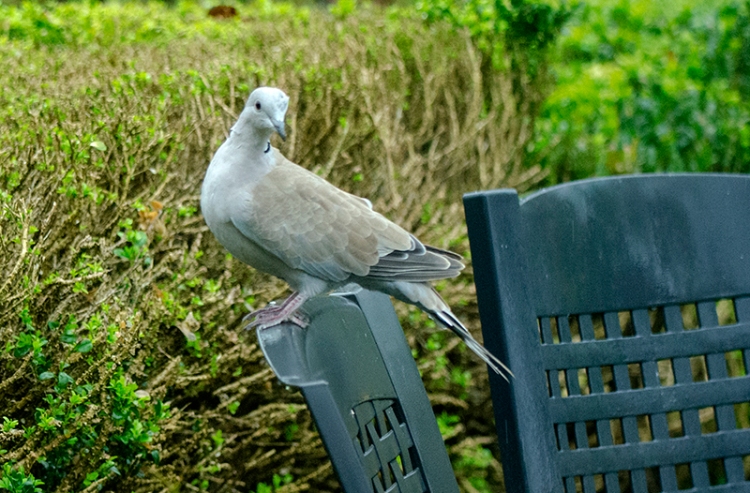 …but sadly, in a sign of the times, even the doves fell to fighting each other. 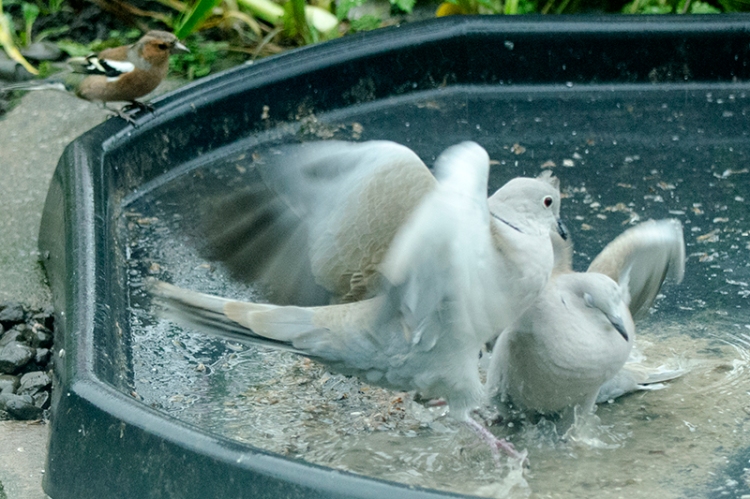 I couldn’t look any longer and went off to put a week of the newspaper index into the Archive Group database and practise some singing as I will have two choirs tomorrow.

Since it was still raining in the afternoon, I went down to look at the rivers again but although the water in the Esk was high, it was still lower than it had been yesterday.  I was surprised… 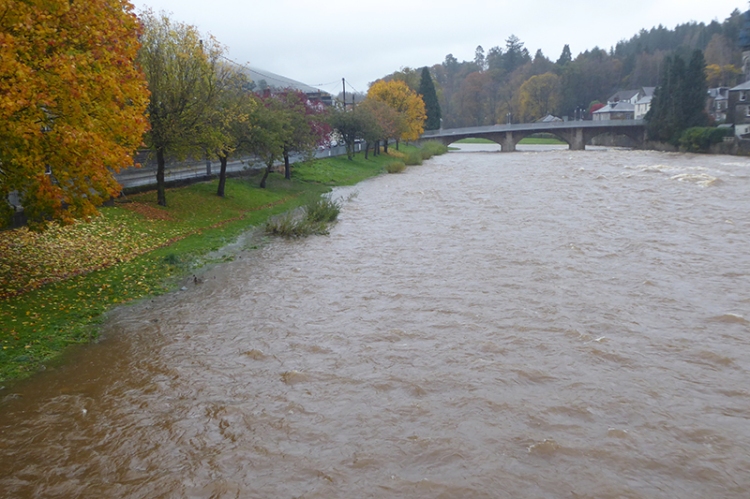 …but it shows how well our rivers drain the rain away. There was plenty of water going under the bridge…

…but not enough to wash away a tree which has been stuck under one arch for some time.

I passed another very similar crop of fungus on a different tree stump on my way home.

And that more or less completed the events of the day though I did have some stewed apple and custard for my tea which was quite exciting.

The flying bird of the day is one of the greenfinches….. 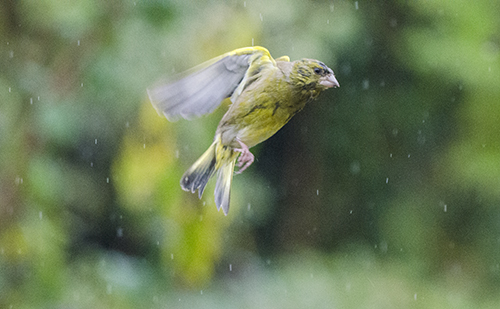 …and the flying water comes courtesy of Bruce and the Fairy Loup.