The guest picture of the day is the last of the livestock which our son Tony encountered on his walk in the Wemyss Estate. 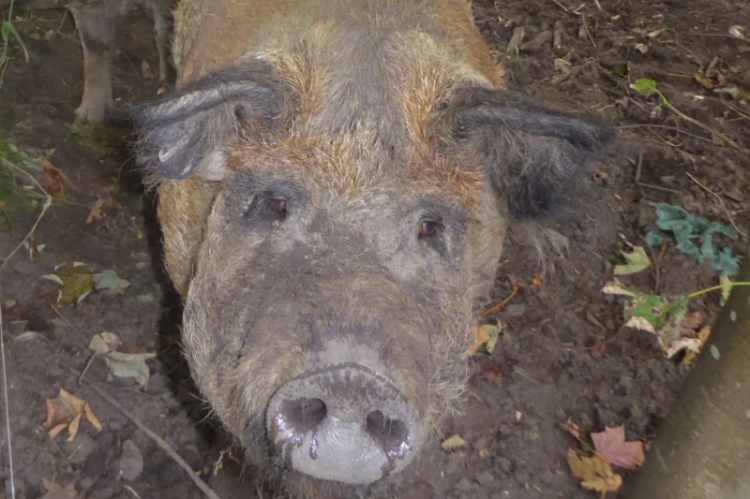 We had another wet and windy day today….

…with occasional breaks in the rain.

In one of the dry spells, I popped out to see how high the rivers were and was surprised to find them lower than last night…. 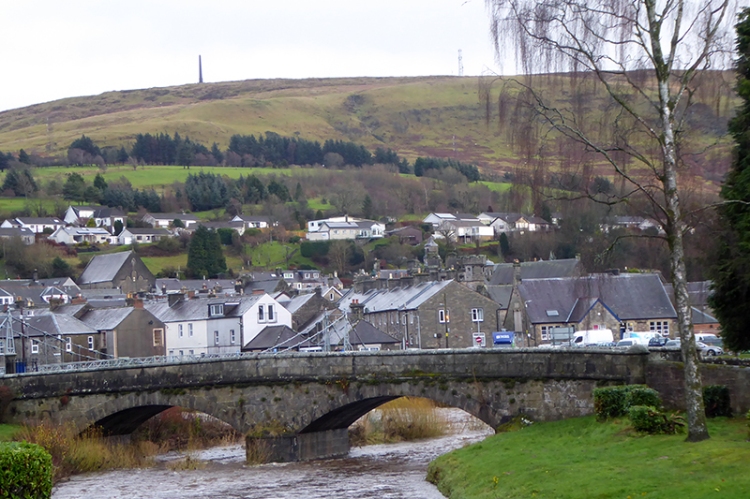 …and it was a treat to be able to see the monument clearly.

I didn’t stay out long and was soon safely back inside watching the birds clinging to the plum tree twigs in the stiff breeze.  The goldfinches like to perch at the very top of the twigs even in the most testing times. 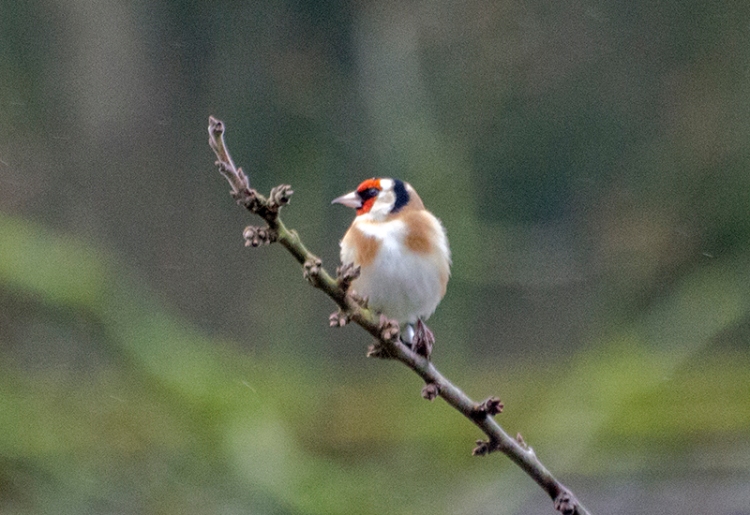 I filled the feeders and was rewarded with some cheerful visitors… 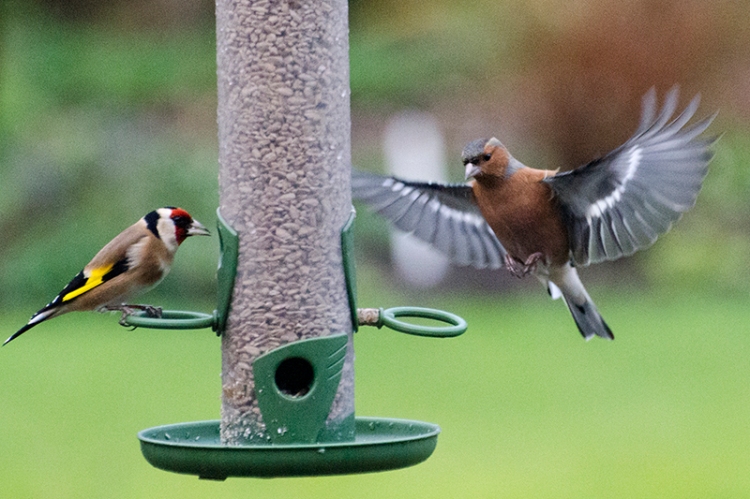 …but it soon started raining again.

After careful research of railway websites and a look at the forecast, we decided that it would be safe to go to Edinburgh and more reliable to take the Borders Railway from Tweedbank rather than the West Coast mainline from Lockerbie.  This was mostly because the weather for driving to the station looked better going east than west and also because there are more trains running on the Border Railway so we would be less likely to get stranded in Edinburgh.

The drive to Tweedbank was fine, with even a little sunshine on the way but when we got to the station we found a sign saying that not only had our intended train been cancelled but the next one too.  This was not on account of the weather but because of ‘staff shortages’.

We were quite annoyed because we hadn’t seen any warning about this when we checked up earlier in the day.  We were sitting in the car muttering imprecations and considering strategies when a train arrived at the station.  We went over to look and were told that this was our train and it wasn’t cancelled.  We were pleased and particularly grateful that we hadn’t driven off in a huff when we saw the train cancelled sign.  We didn’t think that this was a very sound way to run a railway though.

The weather was surprisingly nice as we pottered up the line to Edinburgh and we were accompanied by this cloudy lady.

When we got to Matilda’s, Mrs Tootlepedal wasted no time at all before getting down to some serious grandmothering.

She and Matilda than cooked a sticky toffee pudding which we ate for our tea after a dish of onion and mushroom pasta knocked up by Matilda’s dad.  I must say that as well as the pleasure of Matilda’s company, we always eat well when we got to see her.

I was a bit alarmed when I looked at the rail company website after tea and found three evening trains cancelled but fortunately our train was not among them and we had a satisfactory journey back to Tweedbank.   The weather then let us down badly and we had to drive the forty miles home through torrential rain and strong winds, never fun at any time of day, but even less so at night with large puddles in the middle of the road.

Still, we did get home safely and I was glad that we had our winter tyres on as we skated over road surfaces running with water.

The rain is set to ease off tomorrow which will be welcome and the winds are due to lighten up a bit so I hope to get out for a walk.

The flying is a gloomy chaffinch battling into the wind. 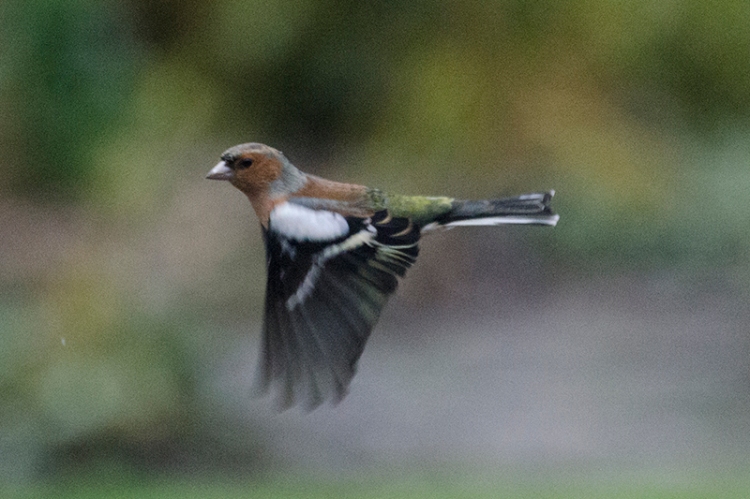