Today’s guest picture is another from the eternally sunlit shore at East Wemyss.  Tony is making really good use of his dog walking time. 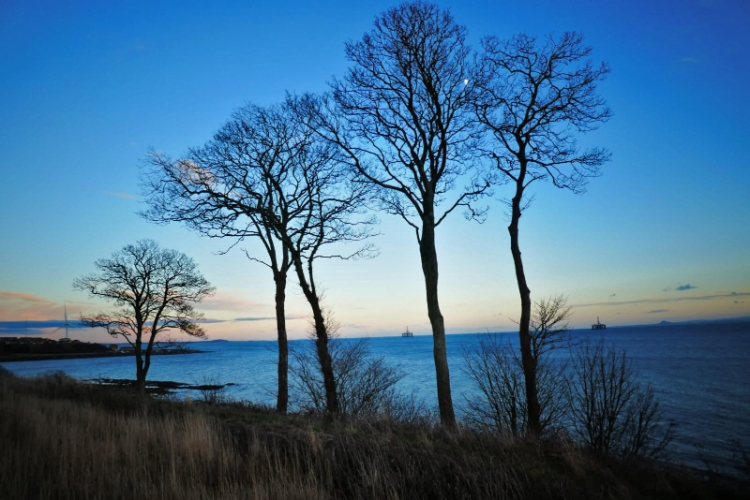 We had a chilly (3°C) but kindly day with a very gentle wind and no rain.  The sun didn’t appear so it was dull but all the same we could have no complaints about this weather for a January day.

I am trying to get my foot back into working order and oddly enough, doing some hip exercises seems to be improving things a lot.  This proves the truth of the old song…The hipbone’s connected to the thighbone…etc, etc.

Sandy came round to combine a cup of coffee with some archive group business.  He has been suffering from sore feet and knees which is why we haven’t been on any walks lately but he tells me that he has got medical appointments in the pipeline so he is hoping for useful help.

When he left, I went for a walk round the garden with Mrs Tootlepedal.  She pointed out this…

…which may look like a jungle but is in fact moss, lichen and some blades of grass in what passes for the middle lawn at the moment.

More lichen is available in every corner of the garden.

Much to my surprise, the perennial wallflower has cocked a snook at the recent frosts and produced another flower…

…and even more amazingly, one of the the ordinary wallflowers is in the process of producing a bunch of flowers.

The winter jasmine continues to flourish. 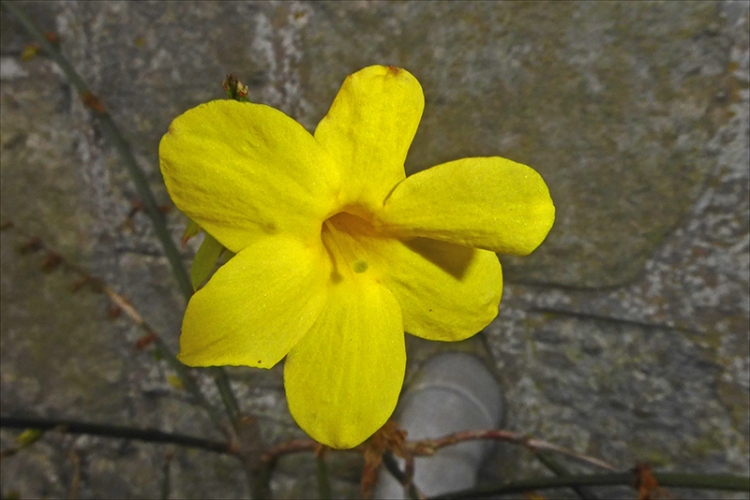 The birds were rather few and far between again today, with just the occasional chaffinch…

…and the even more occasional sparrow. 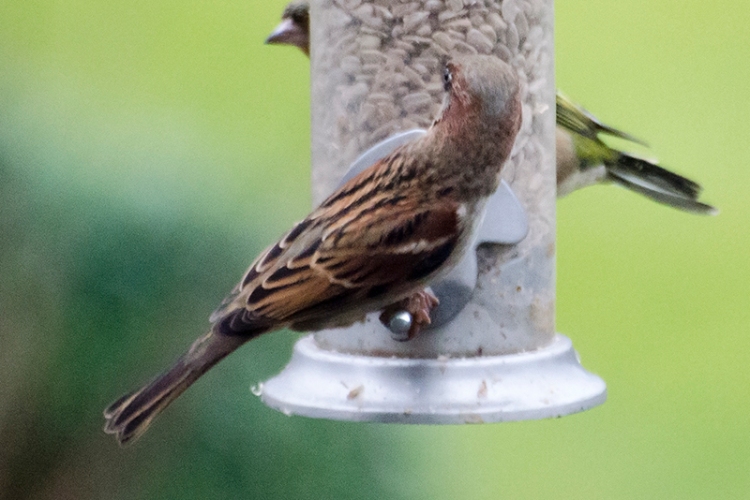 I had some sardines on toast for lunch and then tested out my foot on a very short, flat walk.

The gulls were taking things easily too… 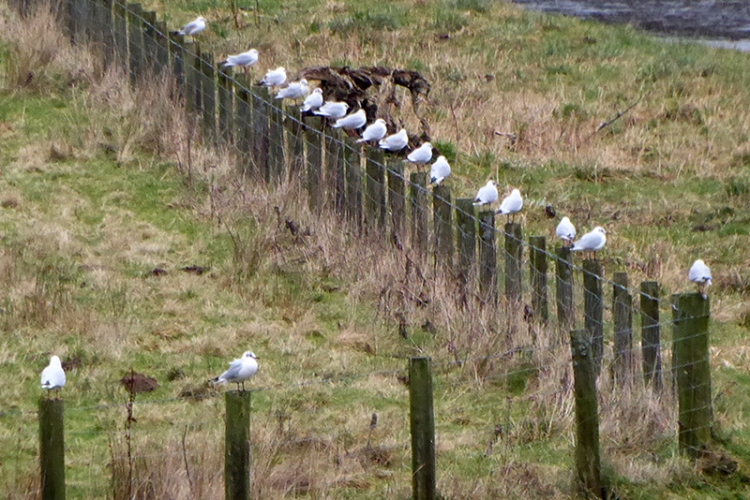 …while the mallards couldn’t agree on a common destination.

Fed up with standing on fence posts, one gull took to a rock in the river.

It was, as one passer by remarked to me, a very plain sort of day and I didn’t see anything worth recording until I came to a football match on the Scholars’ Field.

Thanks to the dull light, it was easier to take picture while the players were standing around waiting for the ball to arrive…

…than it was when they were running around chasing after it.

Before lunch, Mrs Tootlepedal and I had spent some time tidying out the garage and when I got home, I found that the rocking horse had taken up residence there.  This is so that Mrs Tootlepedal can cover it with gesso before painting it.   The gesso process which involves size (rabbit skin glue), is a smelly and potentially messy business so the garage seems the best place for it. 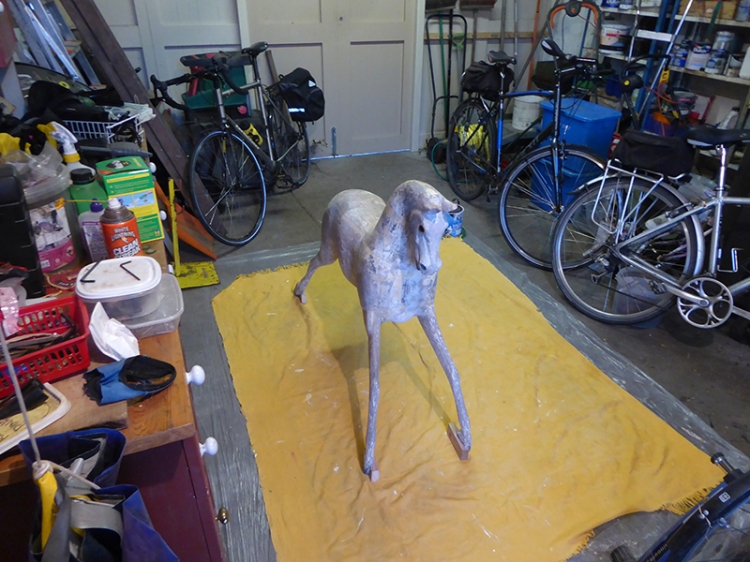 For those interested, a description of the gesso process can be found here.

After a cup of tea and some music practice, we went off to Carlisle to go to the pictures.  We haven’t been to the films for some time so this was a treat for Mrs Tootlepedal who really likes going to the cinema.  We found that in Carlisle at least, ticket prices had gone down a lot since our last visit and at £5 each, the cinema chain must be making most of its money by selling its customers vast buckets of very unappetising looking food.  We went hungry.

The film we saw is called The Favourite and is about the court of Queen Anne in 1708.  It is described in Wikipedia as a “historical period comedy-drama”.  It was very well acted and the settings and costumes were impressive but since its message seemed to me to be that all women are either old and ugly and helpless or young, beautiful and horrible and that politicians are generally rather nasty selfish people, it seemed to chime with a rather Trumpian view of the world and I didn’t much like it.  It was extremely coarse which was amusing at first as an antidote to refined period dramas on TV but which got a bit wearing as time went on.  Finally, either ideas or money ran out and the film just stopped without any resolution.

Still, as they say, it was a day out and a change.

I just manage to collect a flying chaffinch of the day.

34 thoughts on “Getting the picture”