Today’s guest picture comes from our friend Bruce who was exploring the back ways of our neighbouring town of Annan when he came upon this attractive bridge.

Perceptive readers may have noticed that I was feeling a little gloomy when I sat down to write last night’s post (thank you for the kind wishes expressed in the comments)  and they will be glad to hear that things are a lot more cheerful today. This is down to enjoying two choirs, a little excursion and some bird variety.

The day started with the first choir in the Langholm Parish Church where we sang an introit and an anthem as well as four hymns.  In between the singing, the minister gave us all a severe warning to keep a good eye out for the devil who would be pursuing us like a roary lion and seeking to devour us.   We took his advice and managed to get through the rest of the day safely.

The weather was calm and occasionally sunny when we got back from church so after a little bird watching, where I noticed a chaffinch trying to pick up tips from a goldfinch on how to be really cool…

…and Mrs Tootlepedal marvelled at the delicate colouring on a pigeon…

…I took a walk round the garden.

In spite of collecting over 200 walnuts in the autumn, there are still a lot to be seen lying around in the flower beds.  Most of them have been pecked open but this one looks as good as new.

…or to take advantage of one from a small vase full which Mrs Tootlepedal had picked and brought indoors.

Rather than go for a walk, I took out the slow bicycle and cycled along to the Kilngreen to look for dippers and oyster catchers.  I could only find gulls.

It was a pleasant day though so I cycled on over the sawmill brig, past a moss covered tree on the Castleholm… 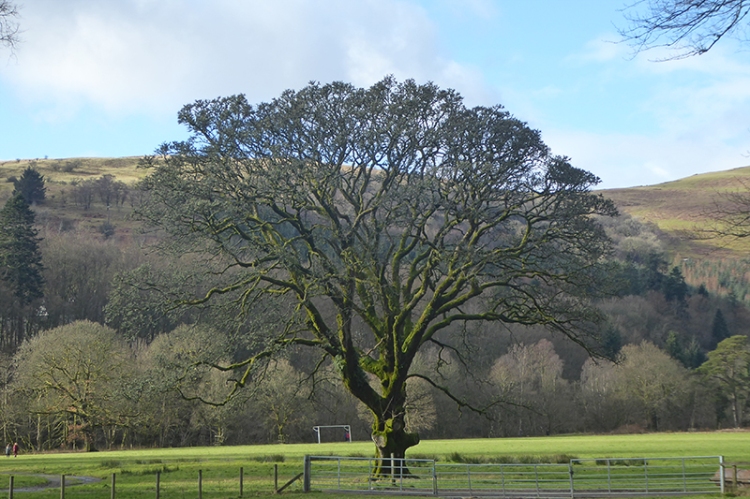 …and up the Lodge walks to Holmhead where I was hoping to find a good show of snowdrops to make up for the lack of waterside birds.

I was not disappointed…

…and I got a bird among the blooms as a bonus. 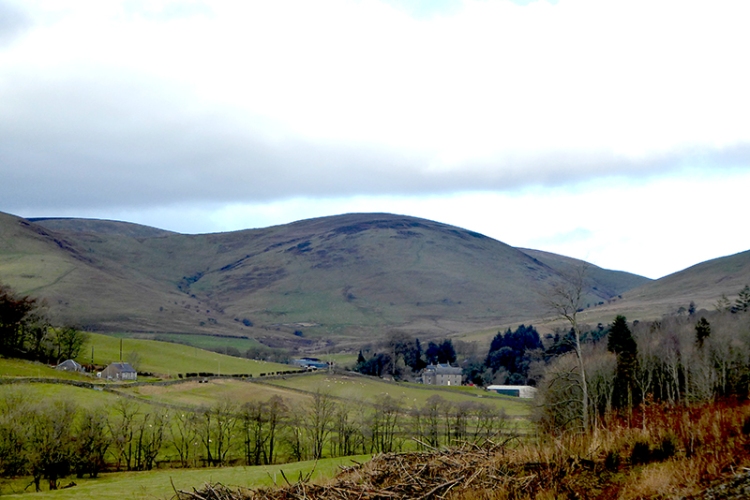 …and then cross a bridge and cycle a couple of miles down again on the opposite side of the river.

There were some grey clouds ahead…. 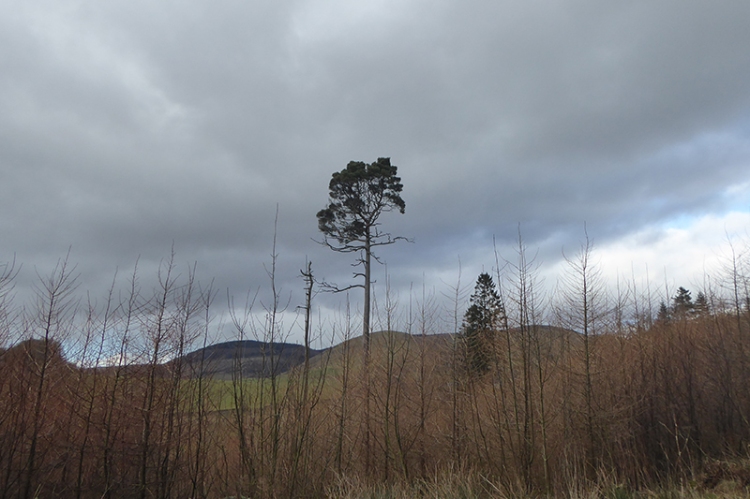 …up the track to Potholm.

When I got to the farm house at Potholm, there was another fine show of snowdrops on display.

What wasn’t so satisfactory was the accompanying shower of rain so that by the time that I crossed the bridge over the Esk….

…all sign of blue skies had disappeared and I was getting quite wet and things looked gloomy for the road home.

This put paid to any further photo opportunities, except a stop under the sheltering trees at the road end to enjoy a door that has been overtaken by time… 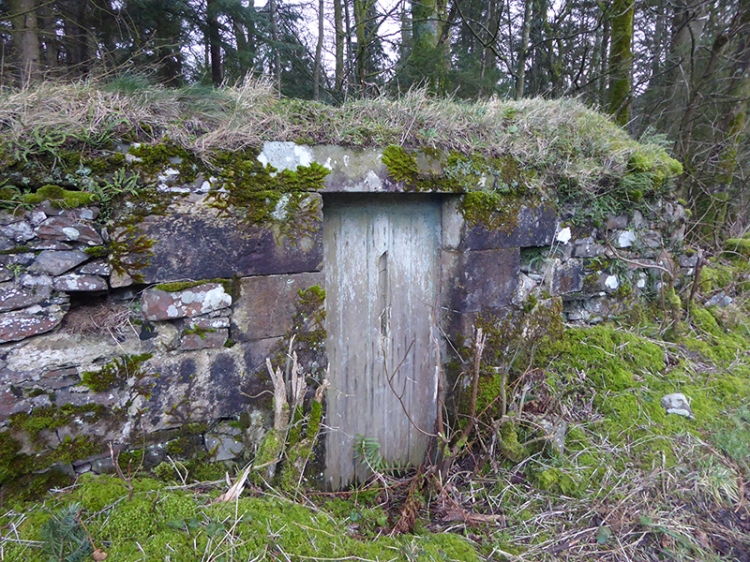 …and a wall that has probably got more spleenwort per square inch than anywhere else in the world.

I was lucky in that I was cycling along the very edge of the rain shower so I didn’t get as wet as I had feared but it was still annoying to find that the sun came out almost as soon as I had got home.

…and then it was time to head for Carlisle and the community choir practice there.

Our usual conductor was busy elsewhere but she had sent down an excellent substitute and he was very thorough, technically interesting and helpful, very charming and quite funny.  As a result,  two hours of hard work passed in a flash.

Also encouraging was the fact that it was still just about light as we left the church and drove home.  We are inching towards spring.

Mrs Tootlepedal had prepared a fish pie for our tea and as that is one of my favourite meals, it rounded off an excellent day.

It is not the cleanest picture that I have ever taken but I really liked today’s flying bird of the day.  The subdued colours of both bird and background seem to match the rather reserved manner of the chaffinch as she approaches the feeder.

32 thoughts on “With a song and a smile”