Today’s guest picture is another from Venetia’s Namibian adventure.  She came across one of their famous two headed giraffes and sent me this shot.  It may have more legs than the usual giraffe too.

Our sunny weather came to an end today and we had grey skies and rather chillier temperatures but it remained dry so we didn’t have much to complain about at at all.

After breakfast, I noticed a red poll on our feeder… 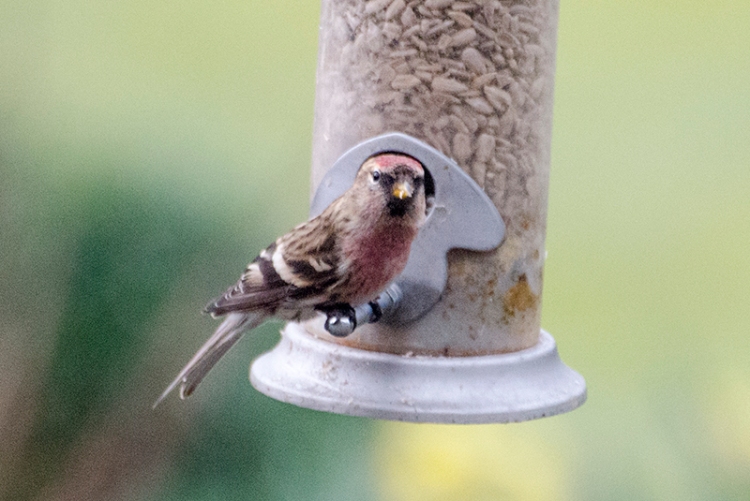 …and I also noted that not all the birds who come to our garden visit the feeder.  Some just lurk about on trees and bushes like this blackbird and these starlings. 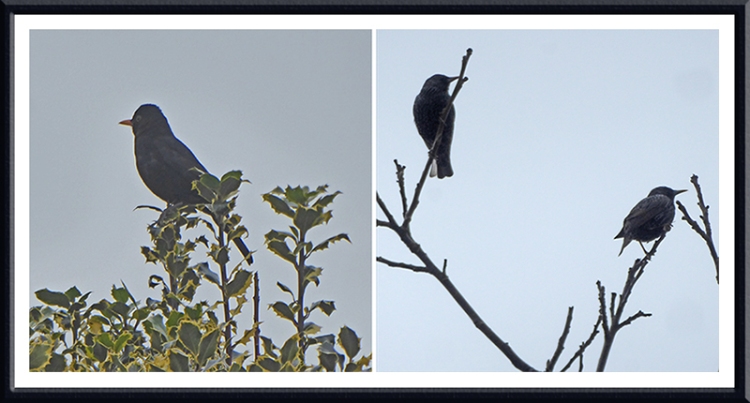 I had to act as fill-in feeder filler for Sandy who was visiting his grandchildren and Mrs Tootlepedal came up to the Moorland Project bird hide with me to help.  We filled the feeders and then, while she scanned the hillside opposite the bird hide for signs of raptors (in vain), I sat in the hide and hoped for woodpeckers (also in vain).

There were a lot of great tits about… 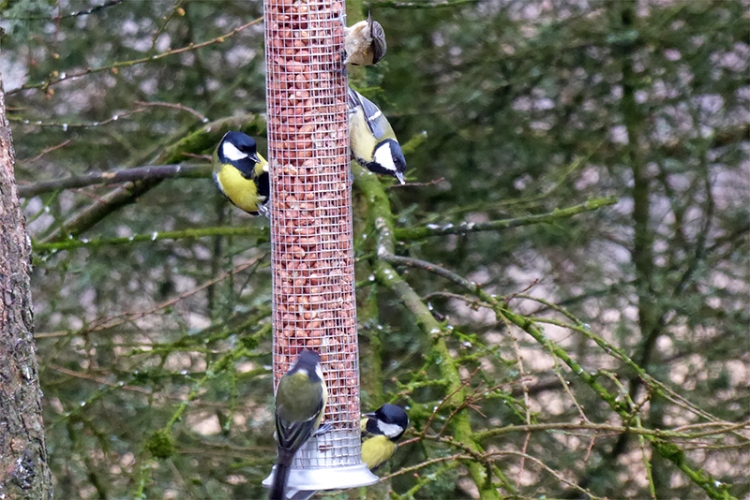 …and colourful pheasants as usual…

…but mostly there were chaffinches in large numbers.

We didn’t stay there long as the light wasn’t very good and it was chilly but instead of going straight home, we parked the car not far away and walked down towards the River Tarras  to see how the repairs to the road were going.

In December 2105, the road suffered from a landslip in a big storm…

…and the council has just got round to repairing it three and a bit years later.

It is a big job, requiring endless visits from quarry lorries…

…and they are of course damaging the surfaces of many of the roads over which they travel on the way to the site.

In the picture above, the compression of distance caused by the camera lens doesn’t show that the old road stops where the brown surface ends and they have cut away the banking below by a huge amount.

You can see the line of the old road on the right of the picture below and it gives some idea of the scale of the work needed for the repair.

How they are going to join the road back up to its original course defies my imagination.  I shall be interested to follow the work as it progresses.

While we were walking along  the road to and from the works, we saw a great many hazel catkins and I said to Mrs Tootlepedal that there might be hazel flowers too if we looked closely.

They were were hard to see but once we got our eye in, we could see dozens of them.

As we left the work site, the keen eyed Mrs Tootlepedal spotted another blotch of red and thought that it was discarded orange peel.  A second look showed that it was a scarlet elf cap (Sarcoscypha coccinea), a fungus that likes damp spots and leaf litter.

Further up the road, she stopped to look at a tree and I pointed out that if she looked down at her feet she would see another twenty elf cups all around.

What with the excitement of seeing the road works, the elf cups and the hazel flowers, we forgot about the absence of raptors and woodpeckers and arrived home in time for coffee in a very cheerful mood.

The frogs had left the pond so I looked around for flowers.  Some hellebores keep their heads up in a helpful way…. 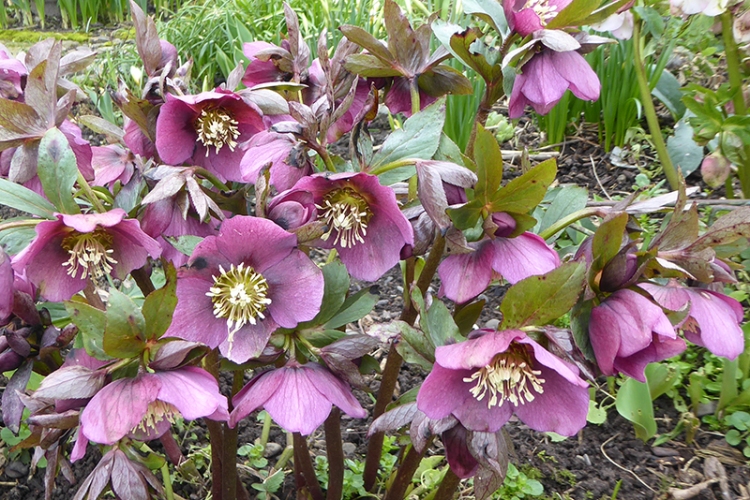 …but others call for crouching.

Once we got inside and started on our coffee, I was able to enjoy some busy scenes at the feeder.

…while down below, it was all action in siskin world.

It was good to see a dozen siskins at the feeder today, the most we have seen this year.

I made some soup for lunch while Mrs Tootlepedal considered the business of making a patchwork rug for the rocking horse.  She has time to do this because the crochet blanket has now been finished.

It has provided a very welcome distraction during the long winter nights.

Then  it was time to go to Edinburgh and see Matilda.  We had our usual enjoyable time and another good evening meal before catching the train home.  Matilda told us that she would like to come and visit us for a change so I hope that this can be arranged in the not too distant future.

The flying bird of the day is a chaffinch who posed more carefully than any of the siskins.