Today’s guest picture finds my Somerset correspondent, Venetia on the Ovango River.  It looks like a good place to be. 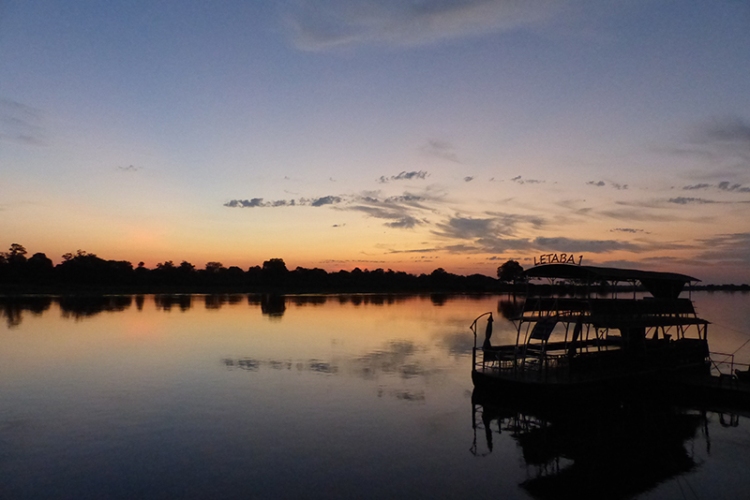 After yesterday’s gadding about all over the country, I planned for a quiet day at home today, starting with a cup of coffee with Sandy.

There was a slight hiccup in the proposed placidity when fellow archivist Nancy phoned me up to say that one of the microfiche readers in the Archive Centre wasn’t working.  I cycled up and after a great deal of head scratching, I took some advice from Sandra, another archivist, searched online for solution and found one.  Phew. I cycled home again.

Sandy was in good form when he arrived and we hope to be able to get out for a walk soon.

When he left, I watched the birds for a bit and once again there was a fair bit of action on the feeder.  Chaffinches flew in double handed… 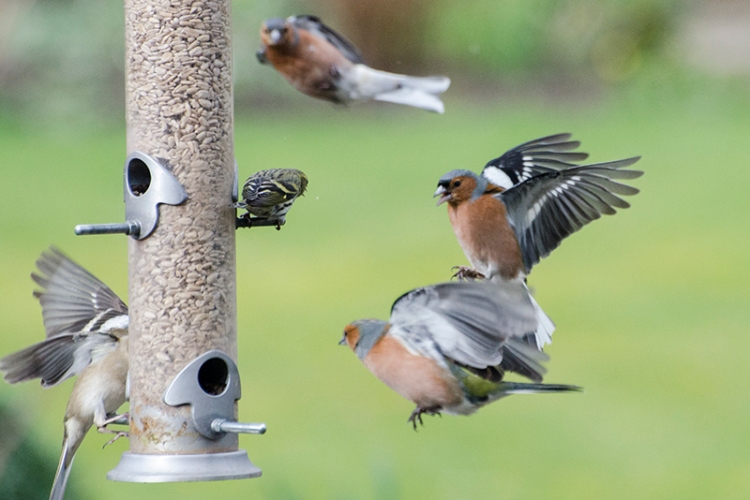 …but the siskins were more than up to defending a perch. 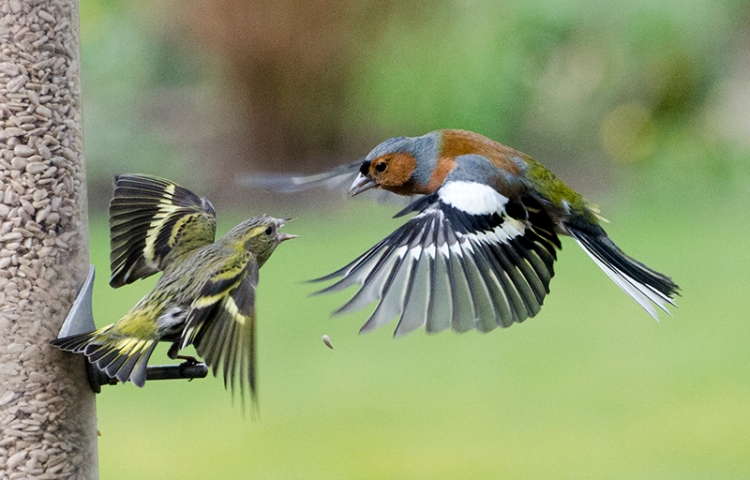 A collared dove was an oasis of peace and quiet in a furiously fluttering feathery world. 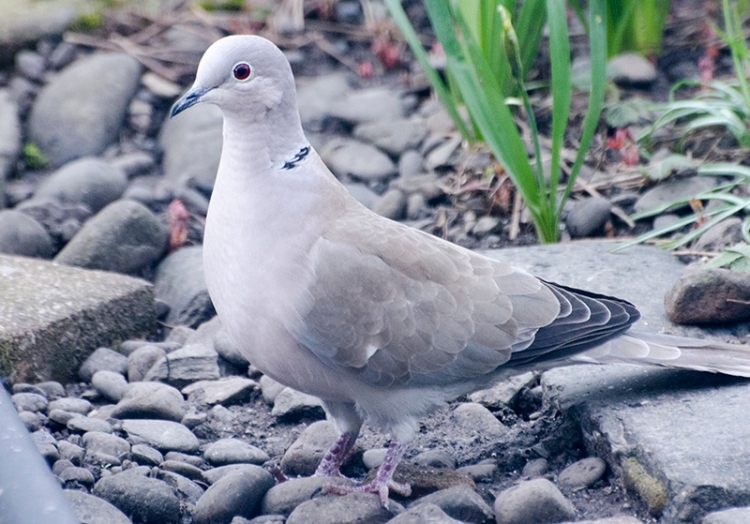 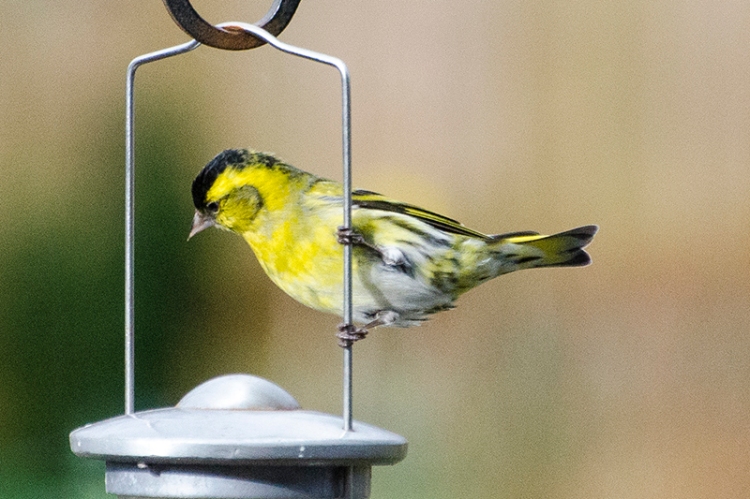 Since we are making new soft fruit beds this year, the old ones are being re-purposed so I dug over the old raspberry and strawberry beds… 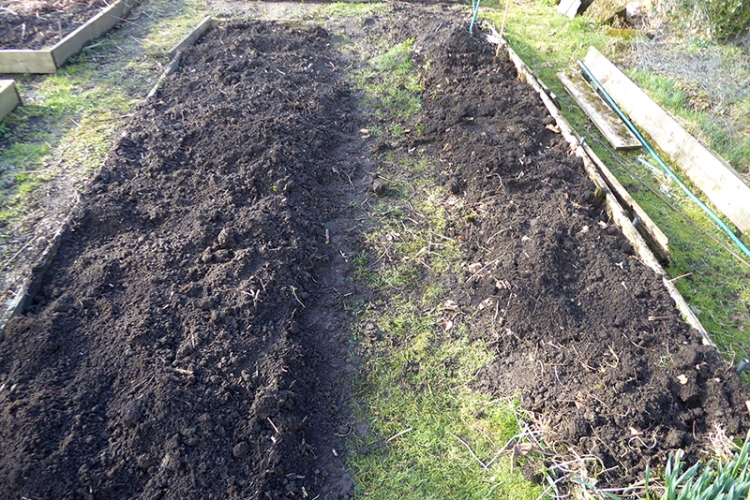 …and after some work on the gap  between them, they will become the the home for the potatoes this year.

We also put the Christmas tree in its new place… 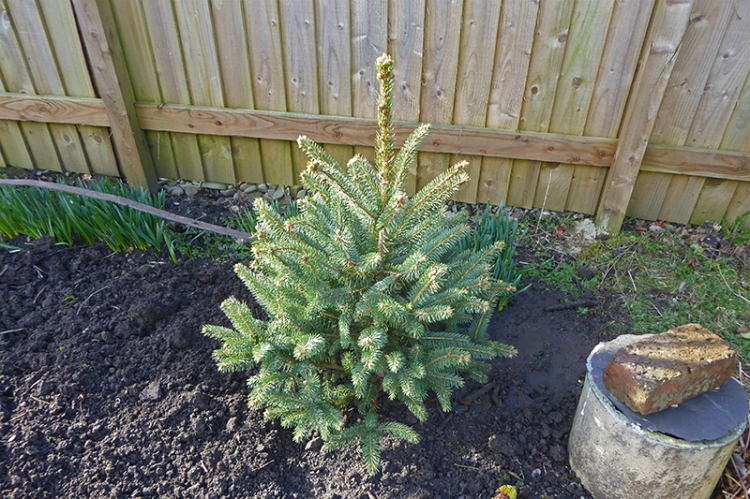 …where it will sit quietly until next December.  It is looking healthy and sturdy so we have every hope that it will see a bauble or two when the time comes.

It is sitting beside the remains of our rhubarb patch. 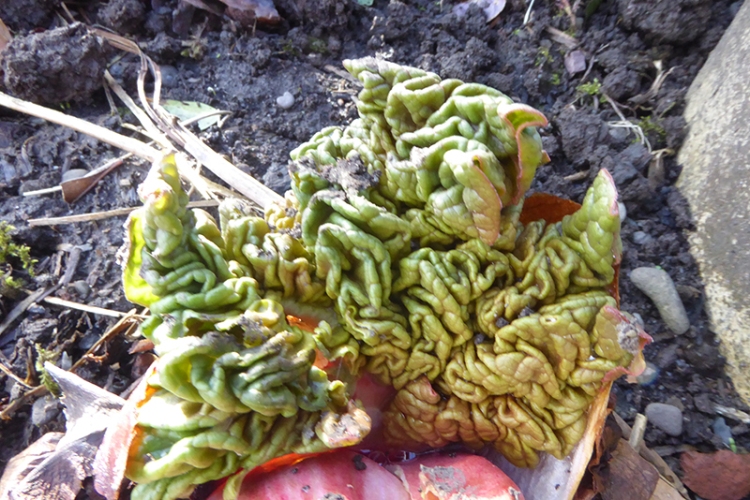 I saw quite a few daffodils on my travels yesterday and we are getting more out here in the garden every day now. 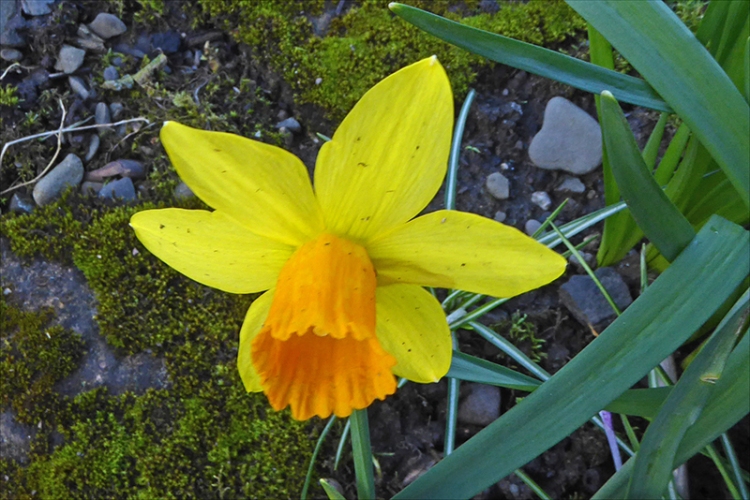 I went in for a sit down, leaving Mrs Tootlepedal working away outside and then Mike Tinker dropped in for a cup of tea.  He is much better after having had a chest infection and it is good to see him getting out and about again.

When he left, I went out for a  quick three bridges walk just to stretch my legs.

A dipper stood on a rock in the turbulence of the Meeting of the Waters and showed off the special white nictitating eye membrane which keep its eyes protected when it is dipping. 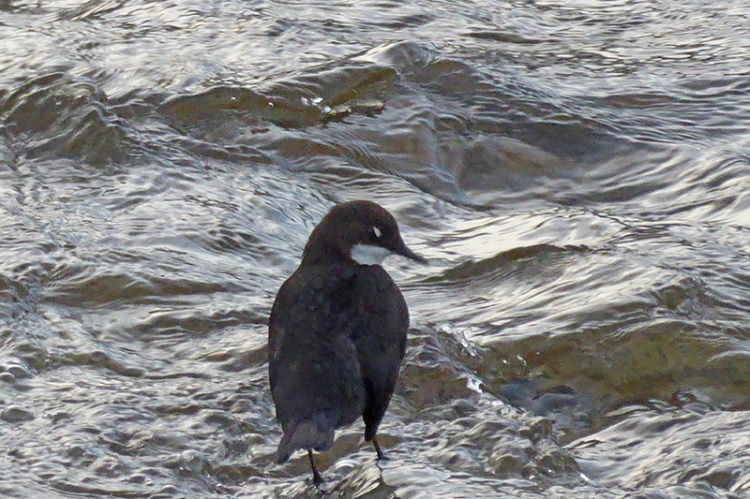 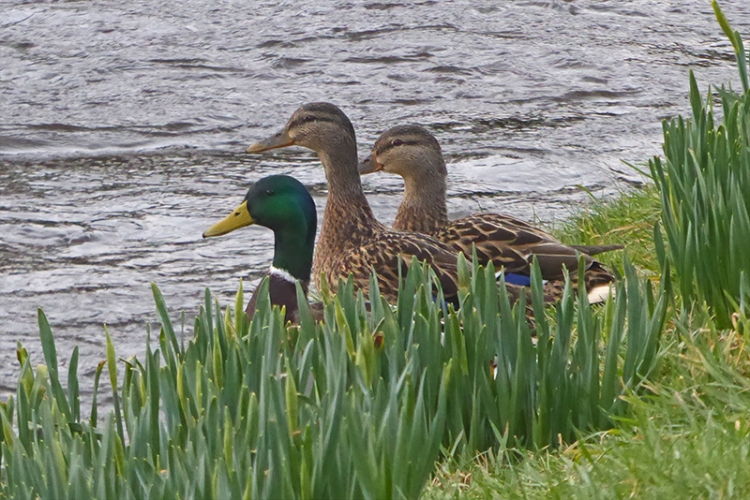 …and a bit further upstream, a second dipper was doing some lurking of its own. 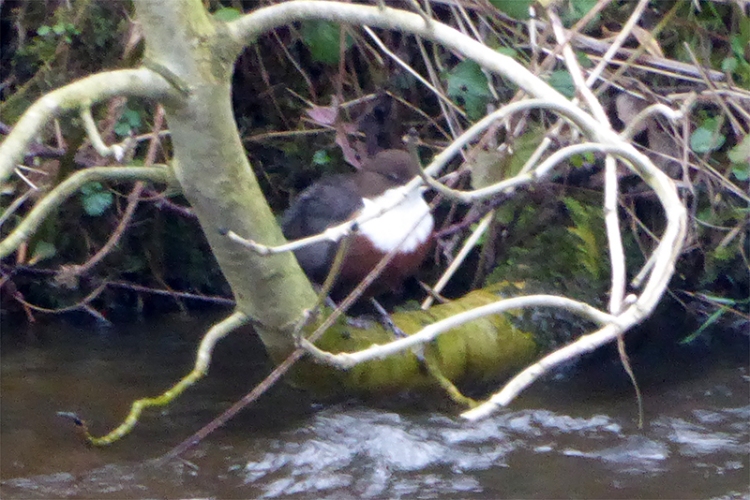 I was hoping to take more pictures but there was a large crowd of children and parents on the Castleholm attending a running event so I passed by and made my way home without lingering, stopping only to record two more signs of spring, a willow at the Jubilee Bridge… 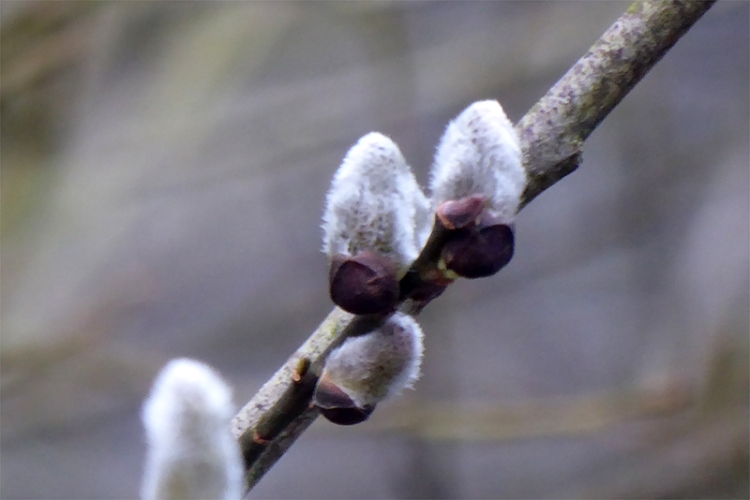 …and some blackthorn in bloom beside the Esk. 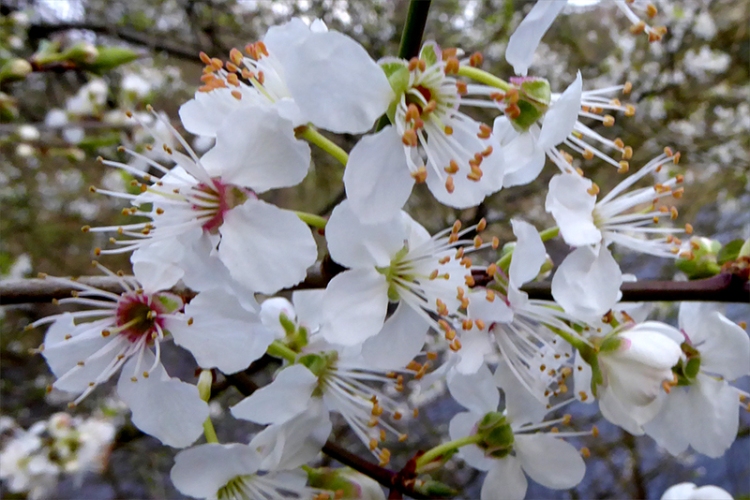 I got home in time to meet Luke for our regular flute lesson.  We had a hard working half hour, trying to develop the correct style in our playing.

That concluded the excitement for the day.

There are two flying chaffinches of the day today as I couldn’t choose between them.

There is the vertical lady…

…and the horizontal gent. 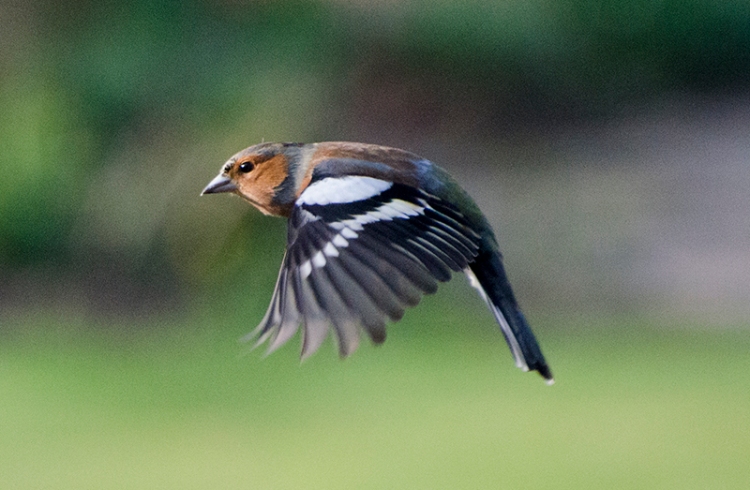 25 thoughts on “Farewell to the soft fruit”