Today’s guest picture is another from Venetia who got to see the wonderful Mosi-oa-Tunya or ‘The Smoke that Thunders’, better known perhaps as the Victoria Falls, on her African trip. 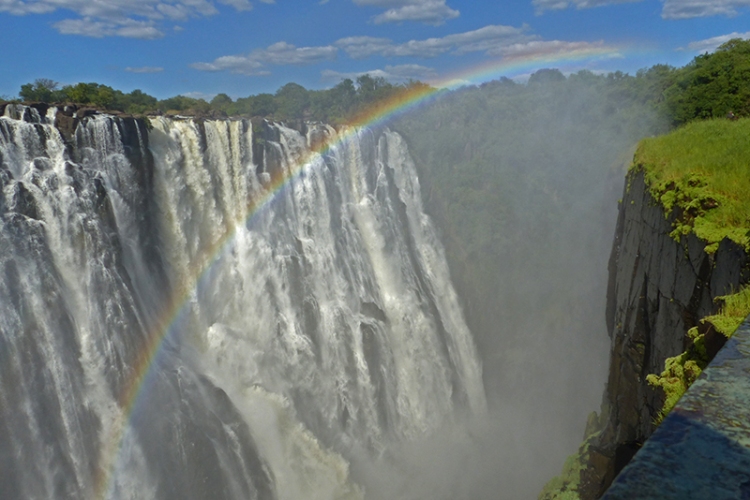 Our spell of very poor cycling and photographing weather continued with yet more rain, accompanied by a chilly wind today to make matters worse.  We had had a clear spell but as it had been over night, all it gave us was an early morning frost and then it went away.

Since it was actually Susan’s birthday today, we pulled out all the stops to celebrate the occasion. 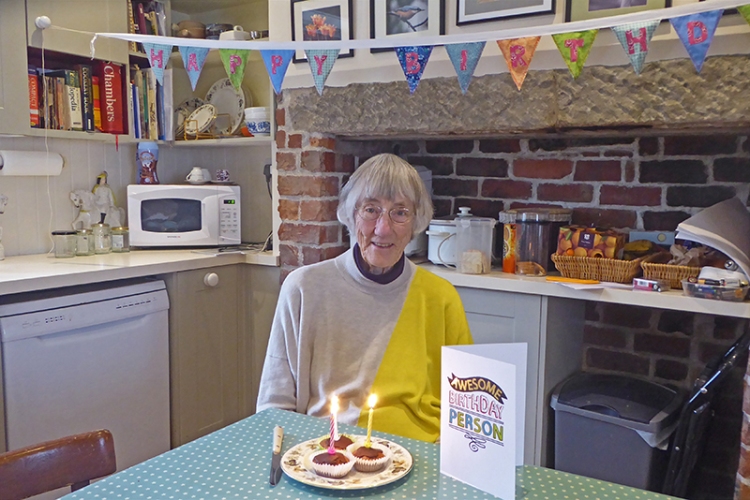 It could hardly have been grander.

Sadly, the birthday girl didn’t stay long as she had arranged to meet my brother and one of my other sisters in Derby for another celebratory meal so Mrs Tootlepedal took her off to catch the train south from Carlisle.

I stayed at home as I had had enough driving yesterday and went up to theArchive Centre base to put a new ink cartridge in our printer.  To my relief, I had ordered the correct one and the printer worked.

When I got home, I watched the birds for a bit.

The feeder is going down very steadily at the moment and needs to be filled at least once a day.  I put this down to the siskins who are regular visitors and keen eaters… 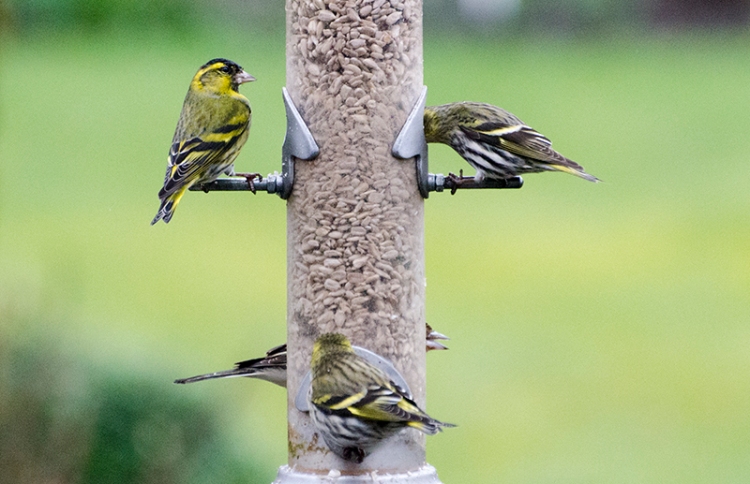 …and keen arguers too. 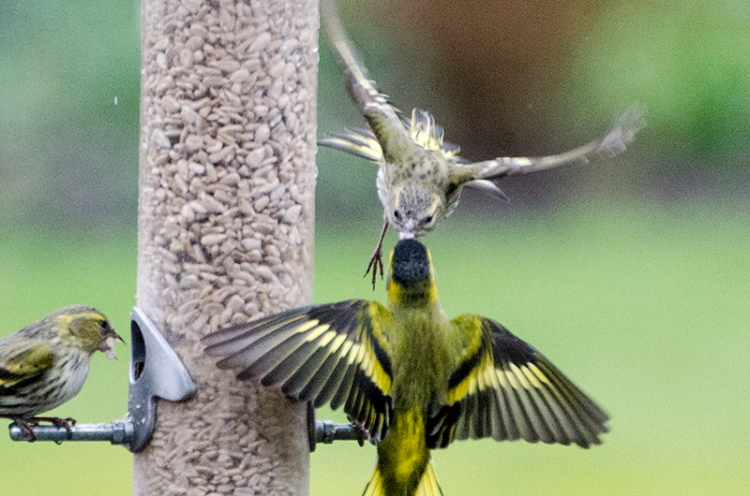 There are still plenty of chaffinches ready to make a dash for the feeder when the siskins go off. 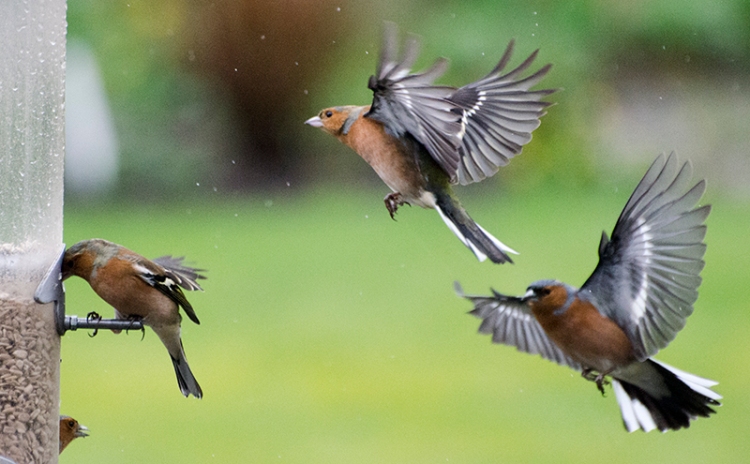 I did go out for a walk round the garden but it was too wet and windy to be fun.

I made some soup for my lunch and settled down to a quiet afternoon of doing the crossword and putting music on to the computer.

I did look out of the window at one point and I saw two partridges in the garden (right under the pear tree) so I went out to try to get a picture, but they sloped off before I could shoot them.

Luckily for me, one turned up later just outside the kitchen window and… 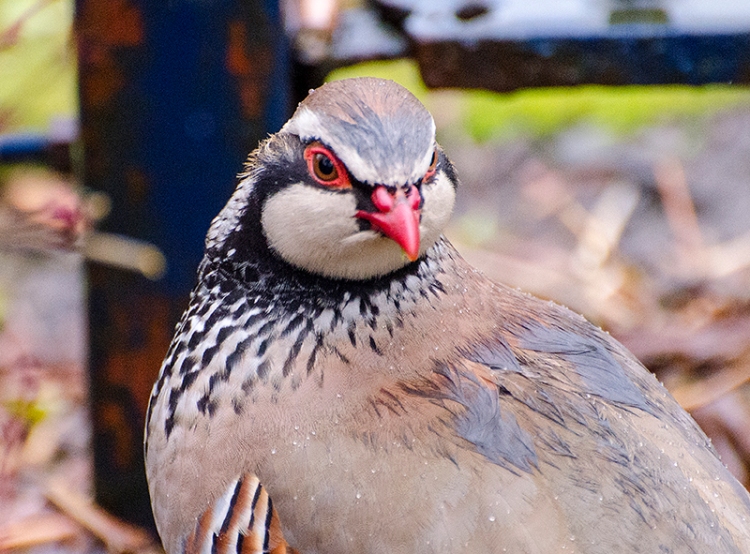 …gave me a hard stare and portrait pose. 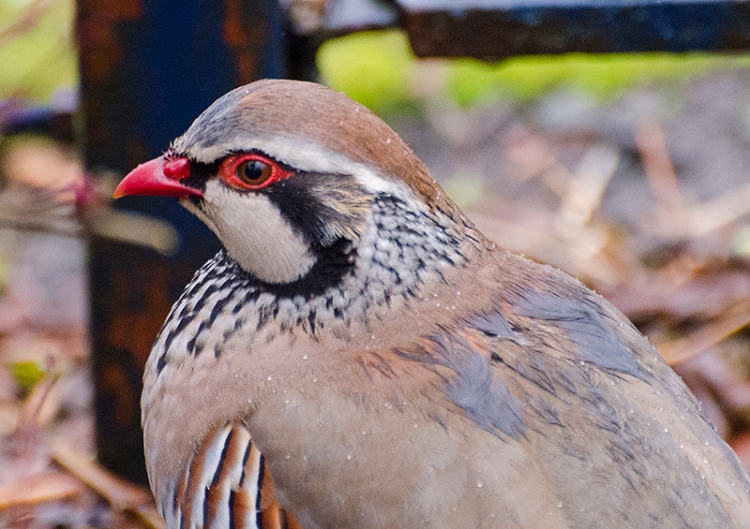 While I was looking at the partridge, I noticed a blackbird so I took a gloomy shot just to record that it had been there…. 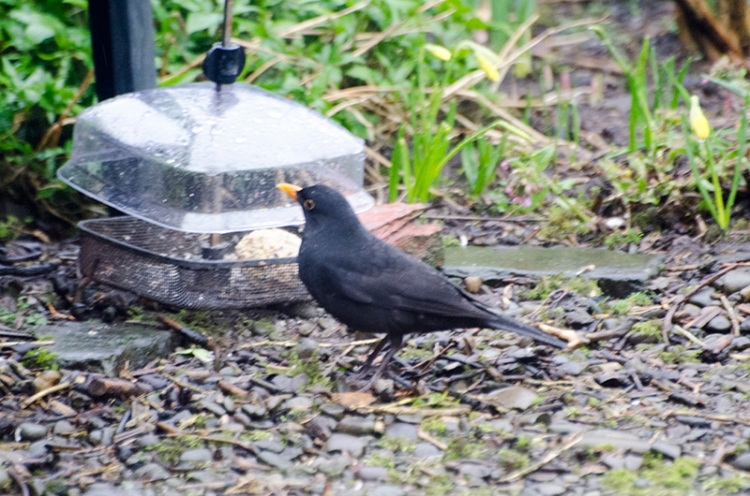 …and then a sparrow popped up too. 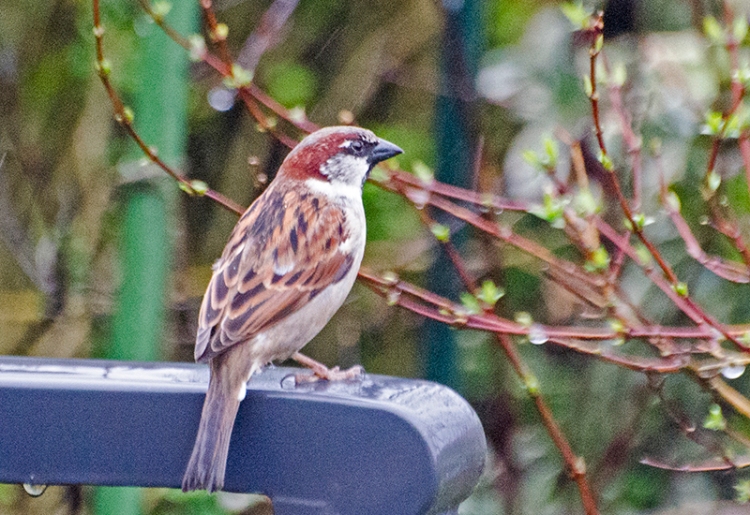 Mrs Tootlepedal returned safely, having visited a garden centre where she made many judicious purchases, including a tiny plant just for me. I hope to show pictures of its development if I can mange to keep it alive. 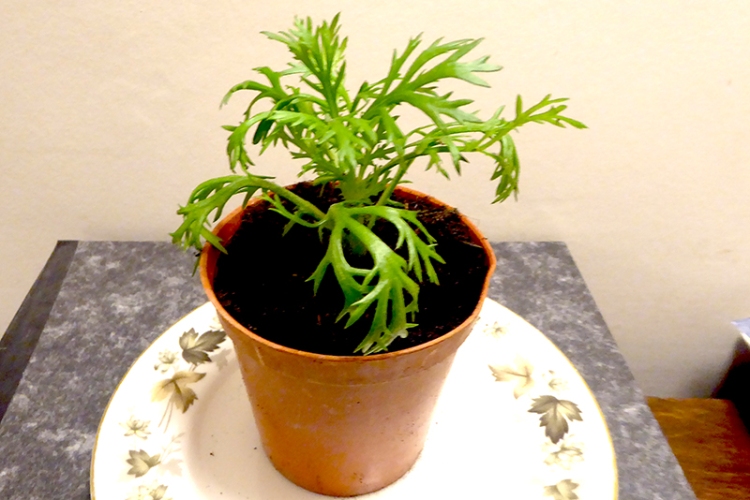 I have put it in a pot and watered it and it hasn’t died yet.  A good start, I think.

In the evening we went off to the Buccleuch Centre to hear a performance by an enterprising troupe of Japanese style drummers, Mugenkyo Taiko, who are based in southern Scotland, not far from us.  We have seen them before and enjoyed them so we were in optimistic mood as we settled down for the concert.

We were not disappointed and thoroughly enjoyed the evening.   I had a minor grump as they brought fewer drummers with them than before, and so there was more talking this time to allow them to recover between numbers.   The grump was only because, if offered a choice, I would much prefer to hear a Taiko drummer drumming than hear him or her talking.  Still the chat was educational so I shouldn’t grumble.

For those who are interested to find out what a Japanese style drumming group are doing in Scotland, here is a link to their website.

There were five drummers tonight and when they were all busy at the same time knocking six bells out of their instruments, it made a powerful and moving sound.

A stately chaffinch outshone the siskins when it came to the choice of flying bird of the day. 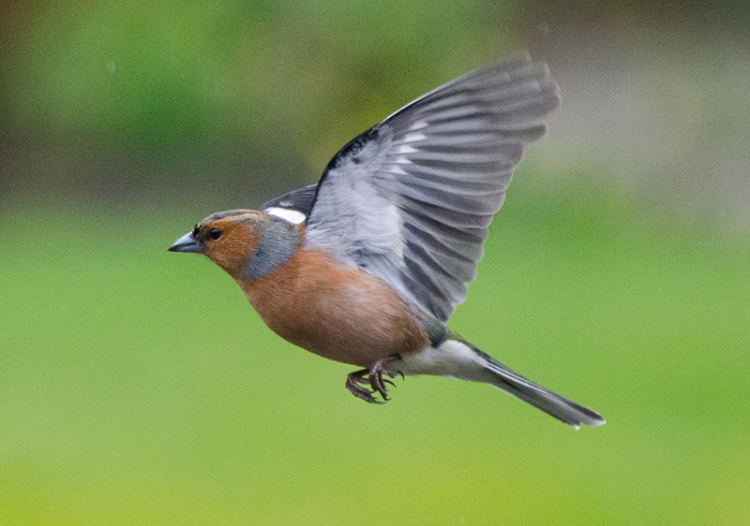 25 thoughts on “Farewell to Susan but not to the rain”