Today’s guest picture comes from my brother Andrew who met this violinist in the Birmingham Museum and Art Gallery.  The exhibition is called “Too Cute”.

I had a restless but inactive day as my dratted foot went from being more or less pain free at breakfast to extremely sore by the end of the day.  I am frustrated.  What is best? Rest? Exercise?  A mixture of both?  I can’t wait to see the doctor on Friday.

Meanwhile a disjointed post will accurately reflect a disjointed day.  The best thing about it was that Mrs Tootlepedal was recovered enough to go off to an embroidery meeting in Hawick where they combined business with lunch and I have no doubt that the banter had them all in stitches. 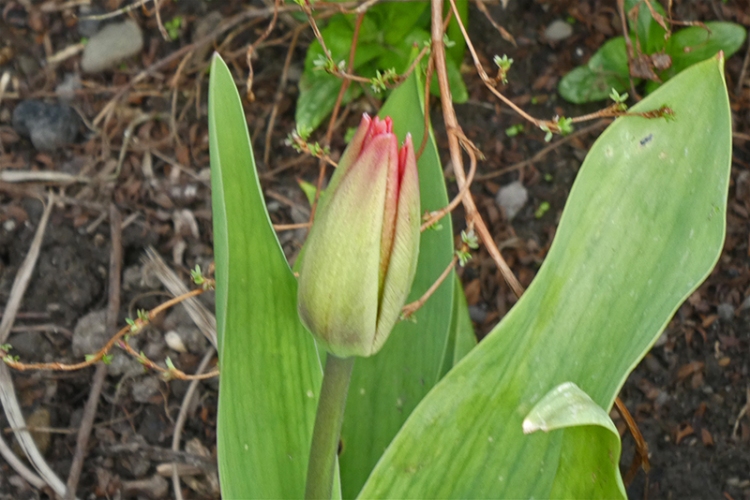 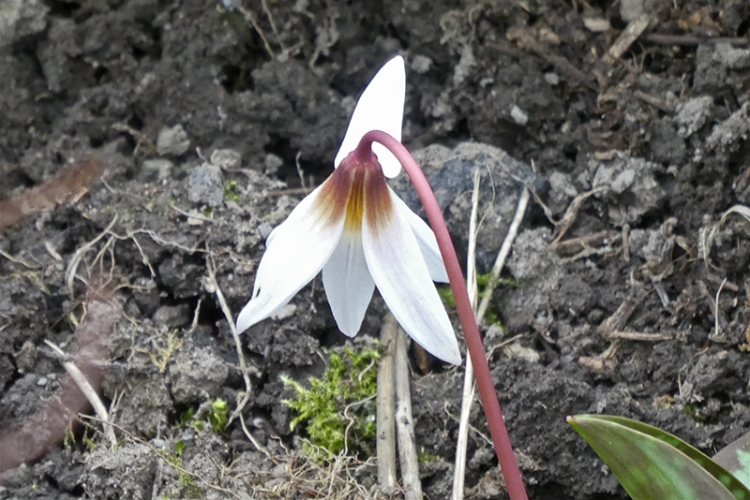 …and a little lamium.

Mrs Tootlepedal  is mildly vexed to find that the jackdaws have now removed nearly all of her wool mulch for their nests.

…and some that our neighbour Kenny planted along the dam at the back of the house to bring some brightness into the day.

Other flowers were available.

The magnolia has come out. 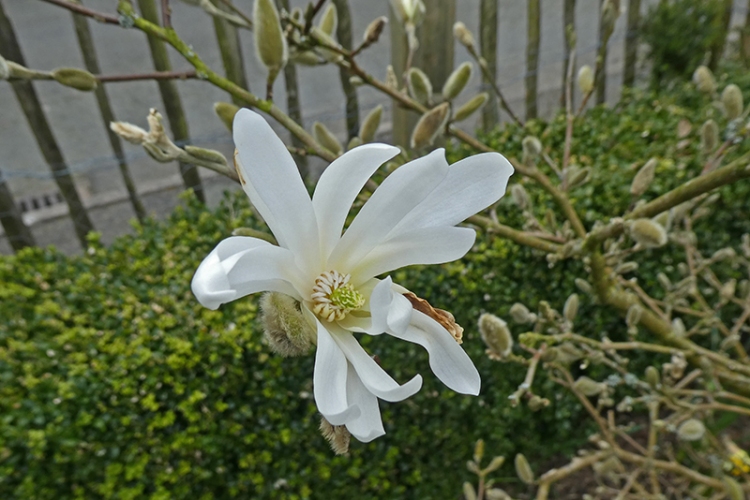 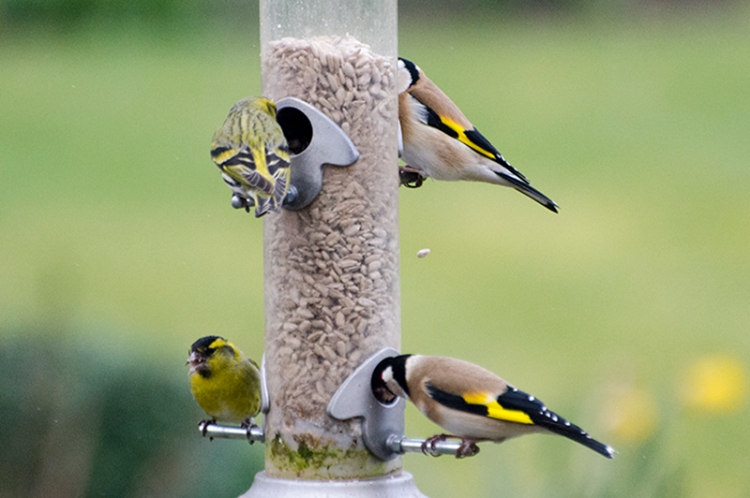 …but with chaffinches arriving to get their share too.

As the seeds  went down, things got heated.

The next part of the post contains composting pictures which those of a nervous disposition may find too exciting for their own good.

In the afternoon, while Mrs Tootlepedal was away, I turned my hand to some gentle composting.  I sieved some more of Bin D and finished emptying Bin B into Bin C.

This left Bin C (on the left) and Bin D (on the right) looking like this.

Bin B is now ready for refilling from Bin A…

…I can take a break from turning compost for a bit.

The end product of the system is this. 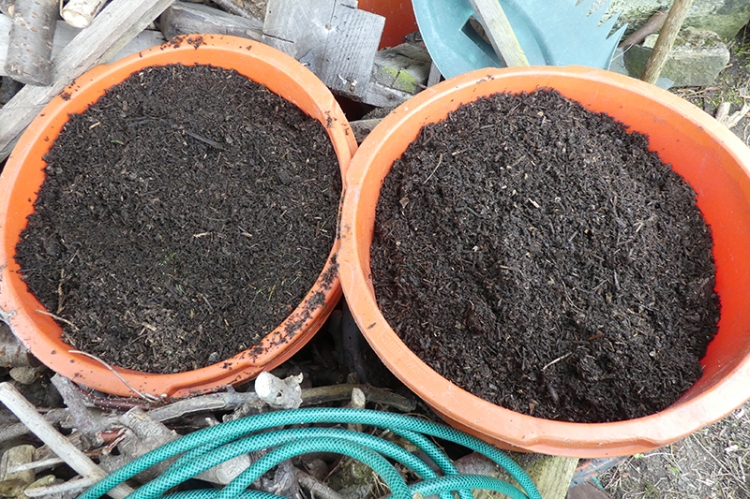 Mrs Tootlepedal will soon find a home for it in the flower beds and vegetable garden.

Of course, you don’t have to do turning and shifting and sieving as you can just leave your compost in a great heap and let time do its work but where is the fun in that?

I had rung up the phone company in the morning to complain that the fallen telephone wire which is lying across our garden had not been fixed back up again.  The men who came on Friday had promised that someone would come on Monday to do the job.

Rather to my surprise, I got through almost immediately to a very competent and helpful lady in India who told me that the job had been marked as closed for some reason but she said that she would start a new job and get someone round as soon as possible….and with the right ladder!

She gave me a window of 48 hours in which to expect them but she must have added strong words to her case report as no less than three men came round in the afternoon.  I was pleased to hear that they had brought the blue ladder with them too.

Things went downhill a bit after that as having inspected the pole in our garden, they declared that it was so unsafe that they could not lean a ladder against it under any circumstances, blue or not, for fear of knocking the pole and its live wires over.

Of course the pole doesn’t belong to them as it is the property of the energy company so that means more delay.  They did think of taking the phone wire across the garden by a different route but that would have involved using one of their own poles beside the dam and when they looked at it, they found that it was decidedly wonky too, being over 60 years old.

New poles all round seems to be what is needed.

But as we have been waiting for six years to get the pole in our garden replaced, we are not holding our breath.  Something may happen as the phone company men are going to report to the electricity company  men that the pole is dangerous and the  telephone wire is still draped across our garden…

..though it does have additional official sandbags on it now.

In the evening, I went off to sing with the Langholm Choir and found that we have had a concert arranged for us next Tuesday for which at the time of writing, we have no conductor, no accompanist, not many singers and no music.  It promises to be an interesting event. 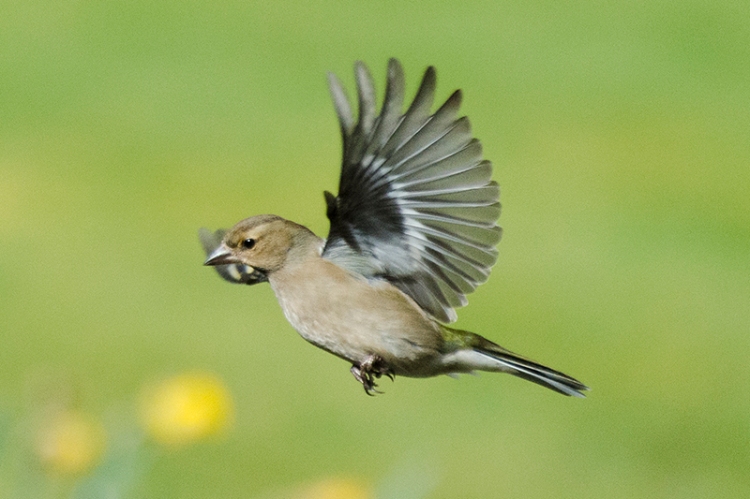 37 thoughts on “My glass is half full and half empty”