Today’s guest picture comes from my brother Andrew’s Welsh trip.  Having left Chester and climbed Snowdon, he came to rest on Anglesey where he met the sea…and my sister Mary.

Our spell of dry weather continued but once again with an east wind to make sure that we didn’t forget that it is still early April.

Dropscone arrived with a surprise in hand.  Instead of his home made scones, he brought  delicious brioche to go with a cup of Colombian coffee so we had an international coffee break after which he disappeared to the golf course and I took myself off to the dentist where I got two small fillings (and a lecture on brushing my teeth more carefully).

…and a moment to watch the birds where chaffinches…

When I got back from the dentist, I thought that the flowers on the plum tree needed looking after….

…so I got my pollinating brush out and went round as many flowers as I could easily reach, pretending to be a bee.  With our cold mornings (there was frost on the lawn again today), we are not seeing many bees about yet.

…and it hasn’t been cold enough for the pond to freeze over.   That could still come though, as cold mornings are going to continue for a while.

After lunch, which was late as I had to let my face unfreeze before eating hot soup, I got my bike out and set out to add a few miles to my monthly total.

Some trees are beginning to show a little leafiness… 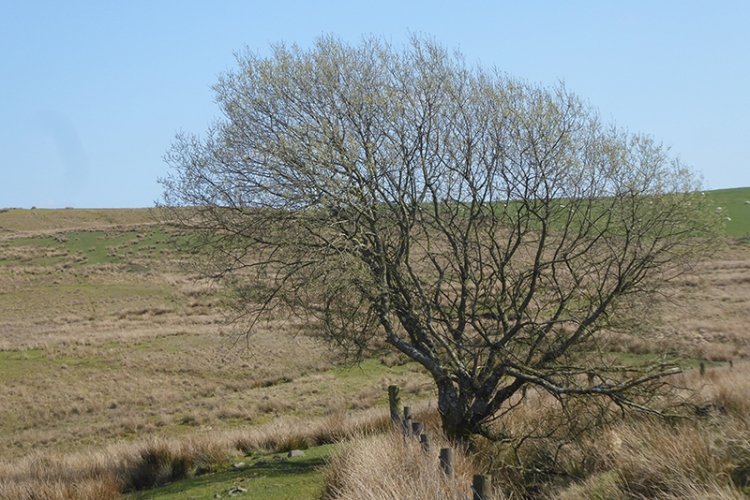 …and it was very pleasant pedalling gently along in the sunshine with a lighter wind than recent days.

I stopped to exchange views with some belted Galloway cattle…

…and stopped again to admire a couple of buzzards circling above me near Canonbie.. 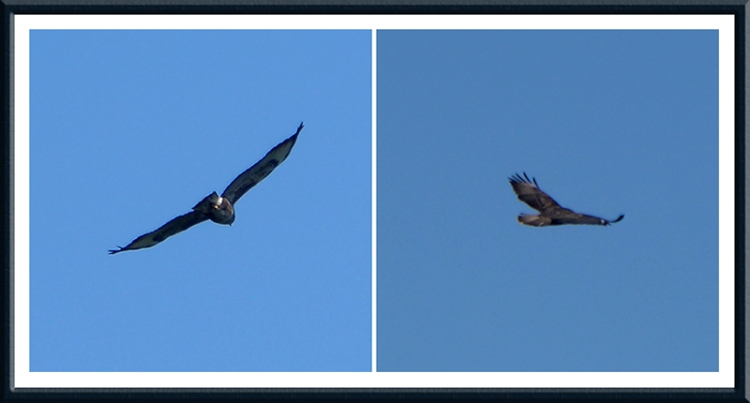 There were interesting things to see along the way…

…but not much sign of any leaves when I looked over the bridge at the river at Hollows Mill.

A young larch tree  was the greenest thing that I saw.

I was hoping to see some oyster catchers  as I came along the riverside when I got back to Langholm but they weren’t in their usual place.  I saw them flying off overhead and had to make do with a look at the Lady’s Smock on the grassy bank instead. 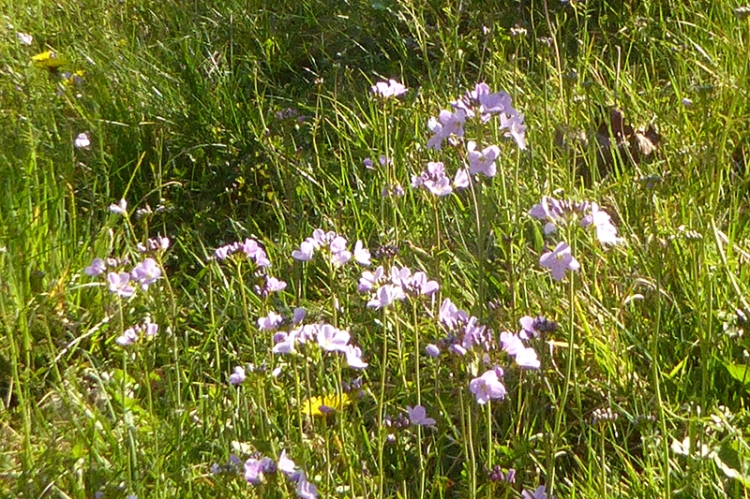 When I got home, I found that Mrs Tootlepedal had been busy in the vegetable garden putting a new edge on the bed in front of the espalier apples…. 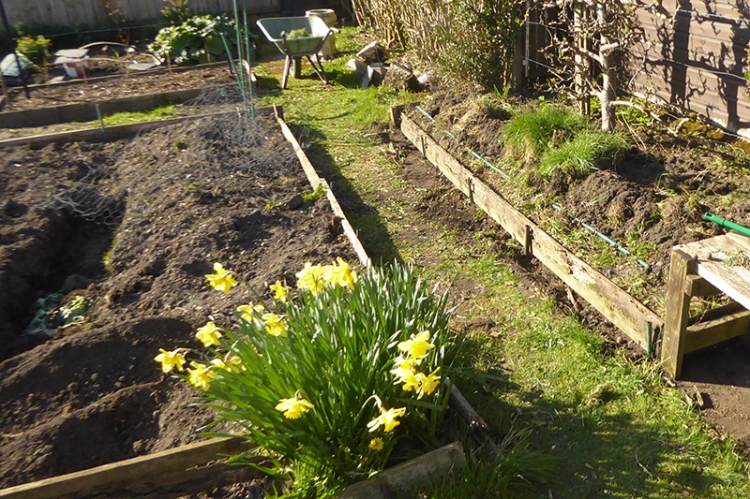 …so I thought that I should do my bit too and got out the petrol driven tiller and gave the new potato bed a going over, covering up the old greenhouse foundation which we had unearthed.

Mrs Tootlepedal finished off the bed with some neat raking.

I had a look at the mystic Van Eijk tulips…

…and checked on the magnolia at the front gate.  Although the flowers have been affected by the cold mornings, the plant seems to be thriving. 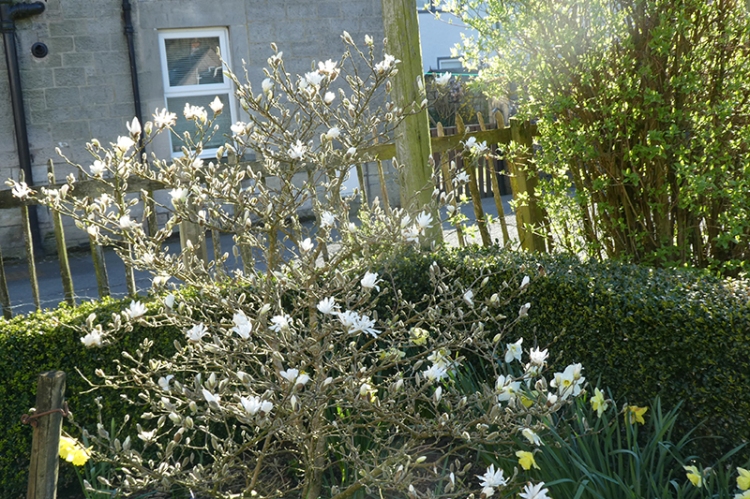 Altogether, it was a day when it was hard to be gloomy.

It was a day to leave political worries alone and cultivate the garden.

I noticed as I was looking at the birds from time to time during the day, that the right hand perch was often vacant when the other three were occupied.  This, I reckoned was because the wind was coming from the right and made landing on that perch more tricky as birds, like aeroplanes, prefer to land into the wind.

After a shower and our evening meal, I went off to sing with the Langholm choir.  Mary, my singing teacher, was there to conduct us, and I tried to put as much of her good advice to use as I could remember.  I certainly enjoyed the singing.

The flying bird of the day is a chaffinch, approaching the feeder downwind. 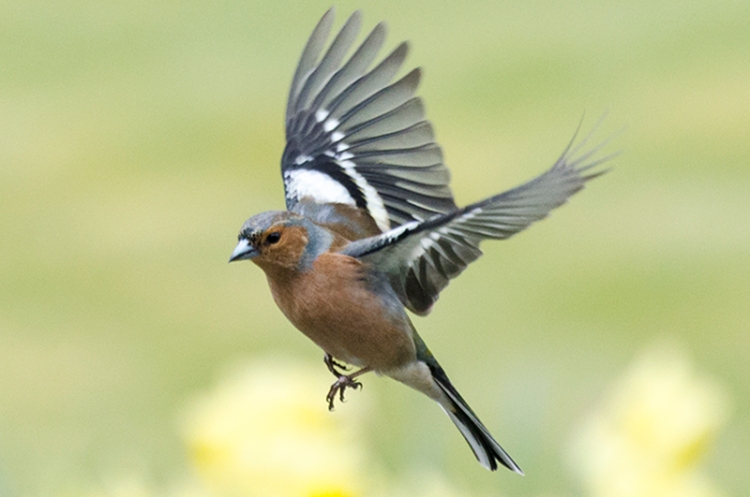