Today’s guest picture comes from my occasional correspondent Elaine.  She and our neighbour Liz were visiting a garden centre when they met some unexpected customers in the aisle of the polytunnel.

We had another day here that started with sun but turned rainy in the afternoon.  I had a very quiet day as I was recovering from an outbreak of very sore feet (for no reason) yesterday.  I did think of going for a gentle bike ride in the afternoon but the rain put paid to that.

I had a wander round the garden in the sun after breakfast, dead heading almost the last of the daffodils and some of the first of the tulips, while keeping an eye out for colour as I went.

The orange wallflower was too bright for the camera in the sunshine so I had to stand in front of it to put it in some shade and tone it down a bit. 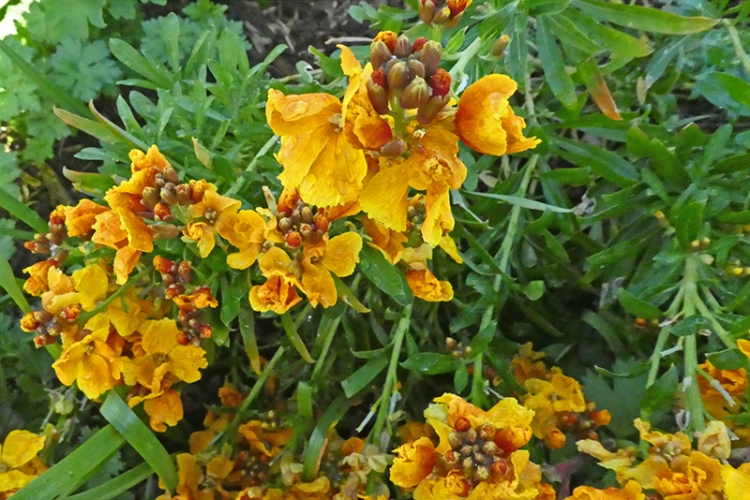 The aubretias were fairly bright too.

Both the pink and the blue.

All three espalier apples have now got blossoms on them and as there are very few bees about, I will get busy with my pollinating brush when the weather permits.

Another pale flower caught my eye.  This is the very first potentilla flower of the year. 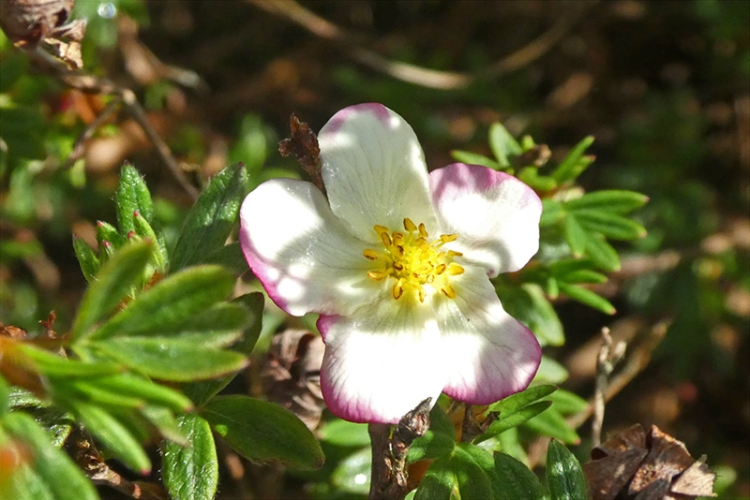 I had a doubly sunny morning as Dropscone dropped in for coffee.  In a salute to the changing season, he didn’t bring the traditional winter Friday treacle scone but came with a good pile of eponymous drop scones instead. 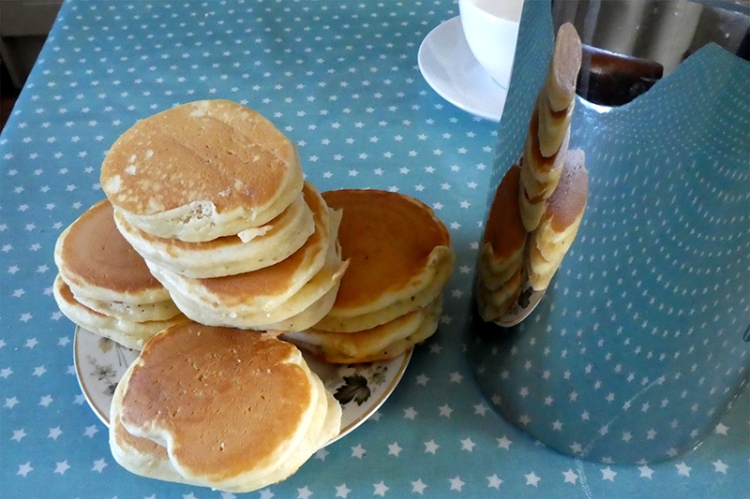 In case anyone is wondering if there were too many drop scones for two grown men to eat with their coffee, don’t worry.  We managed to dispose of them all with the help of some home made raspberry jam.

After Dropscone left, the clouds wasted little time in covering the sky and the first drops of rain arrived just as I cycled round to our corner shop.  Luckily they stopped while I was in the shop and the rain didn’t start seriously again until after lunch.

Everyone was busy getting stuck into the seed… 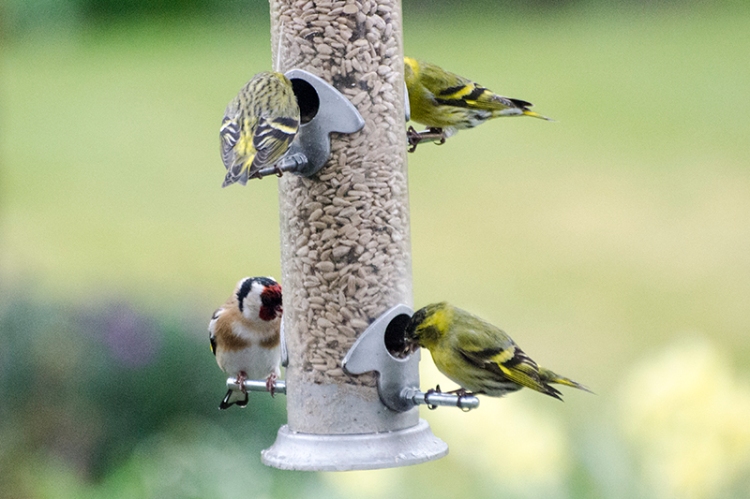 …and then chewing it thoroughly. 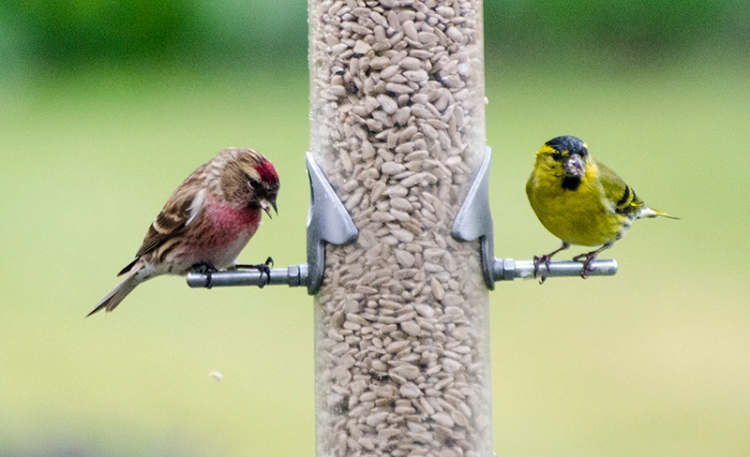 Siskins, goldfinches and redpolls were keeping chaffinches away from the perches…

…but as the rain started and the traffic grew heavier, the siskins began to have trouble with more siskins… 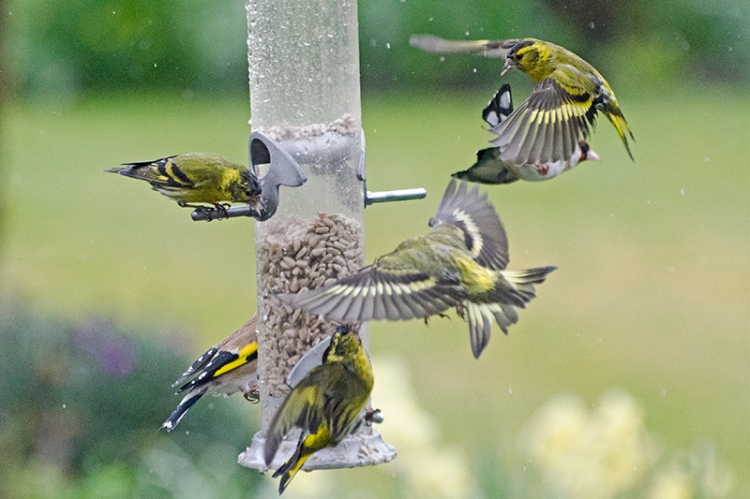 A sensible siskin deserted the sunflower seeds and turned to the easily available peanuts instead. 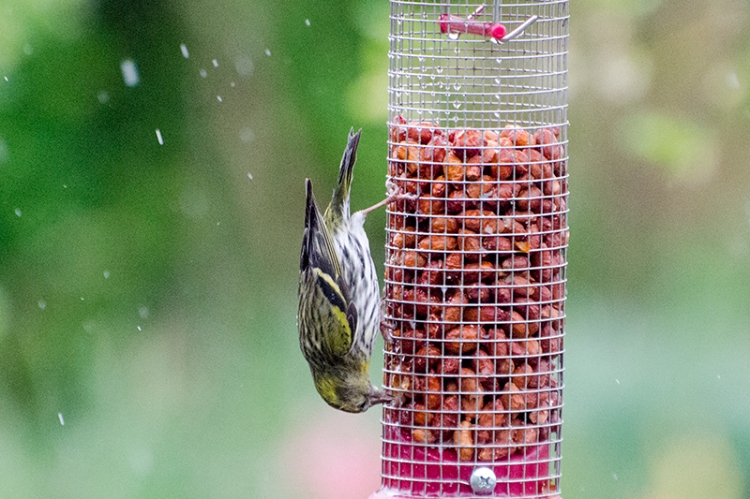 Despite the rain, Mrs Tootlepedal and our neighbour Liz went off to plant out Mrs Tootlepedal’s little oak trees.  They returned having accomplished the task, thoroughly wet but remarkably cheerful.

While they were out, I made a batch of ginger biscuits.

As a contrast to the rain falling from above, the water coming out of our taps decreased in volume quite alarmingly in the evening and a call to the water company revealed that there is a leak somewhere nearby.  We are keeping our fingers crossed that they can fix it promptly, because not having running water is very boring.

Thanks to the quiet day, my feet are feeling much better as I write this and I hope to be out and about again tomorrow.

The flying bird of the day is one of the chaffinches who couldn’t get a seat at the table.

41 thoughts on “Rain takes the biscuit”