Today’s guest picture is another from my brother’s visit to Fountains Abbey.  As well as some impressive ruins, it has a lovely garden. 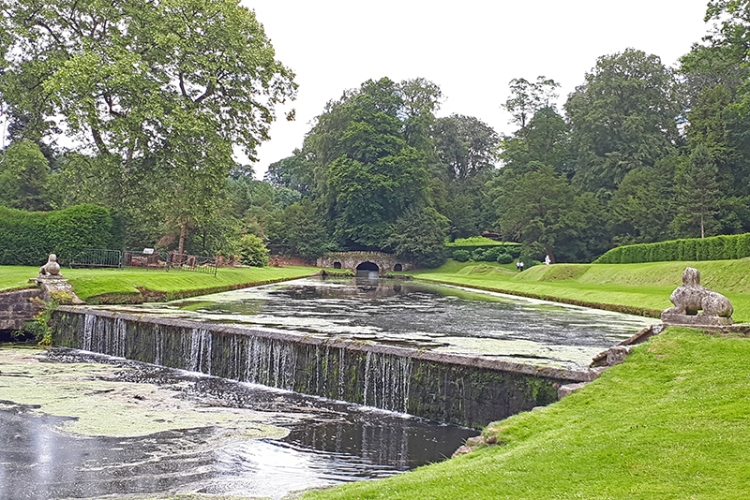 We had a very nice summer day here today, warm and calm and often sunny.  It might well have been a good day for a pedal but the recent travelling about and some  emotional expense around the arrival of a new granddaughter led me to think that a quiet day at home might be the thing.

Mrs Tootlepedal was busier than me with the business of the proposed community buy out of our local moor giving her a lot to do, but I had a quiet day.  I started with a walk round the garden to see if the dead heading of poppies yesterday had encouraged growth today.

It had, and this was my pick as poppy of the day. 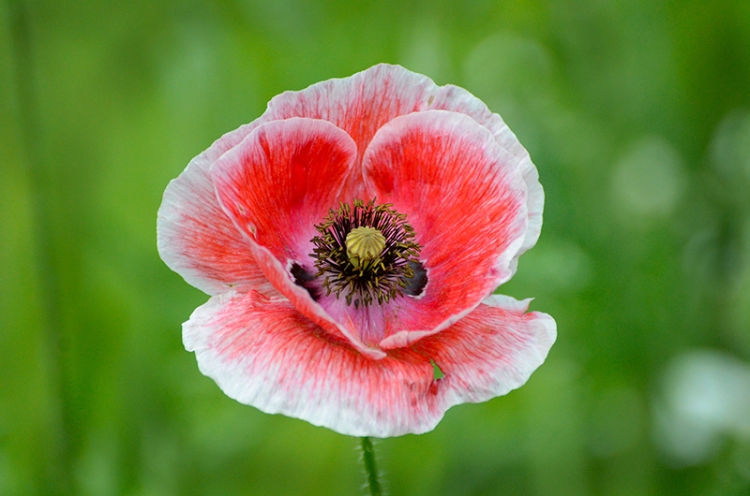 New flowers have appeared including the first phlox (the phirst flox?)…

…and a pollen laden lily.

In the shade behind the greenhouse, a hosta dangled flowers like jewels from a necklace…

…and nearby, the orange hawkweed looked as though it might be reaching the end of the line.

In fact, when Mrs Tootlepedal started some gardening later in the day, the orange hawkweed did indeed meet the end of the line. 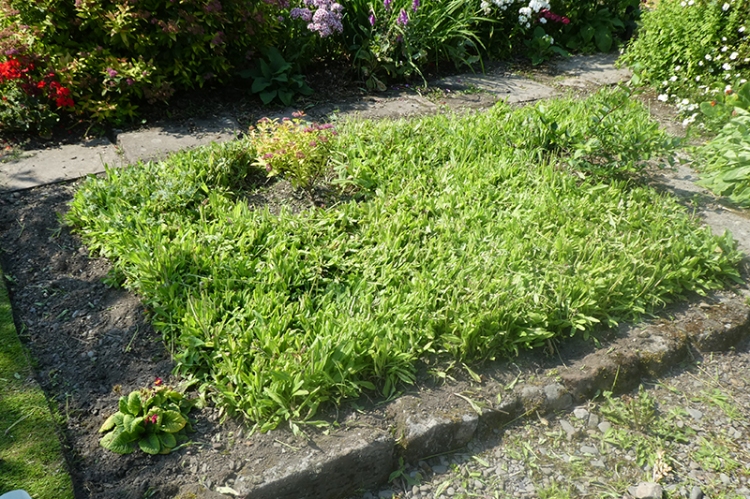 Meanwhile, I sat outside the kitchen window on a handy bench and watched the birds.

The siskins were are disagreeable as ever…

…with this one actually taking to the air in mid nibble to make its point to a slightly shattered sparrow.

…and I am happy to say that Mrs Tootlepedal has a new one growing nearby for next year.

I was happy to welcome another visitor to the garden when Sandy came for coffee.

He told me that his feet were still stopping him from going for walks but he is hoping that an operation in October will sort his problem out.  I hope so too as I have missed our walks this year.  On the other hand, he has tried out a friend’s electric bicycle and was so taken by the experience that he is thinking of getting one himself.  That would mean that we might substitute cycle outings for walks which would be fun….though he would have to learn to wait for me at the top of every hill of course.

When he left, I joined Mrs Tootlepedal in the garden and did some light work.  This included more dead heading and picking the enormous number of sweet peas that had appeared overnight.

…while trying to catch a swirling flock of swifts circling over head. 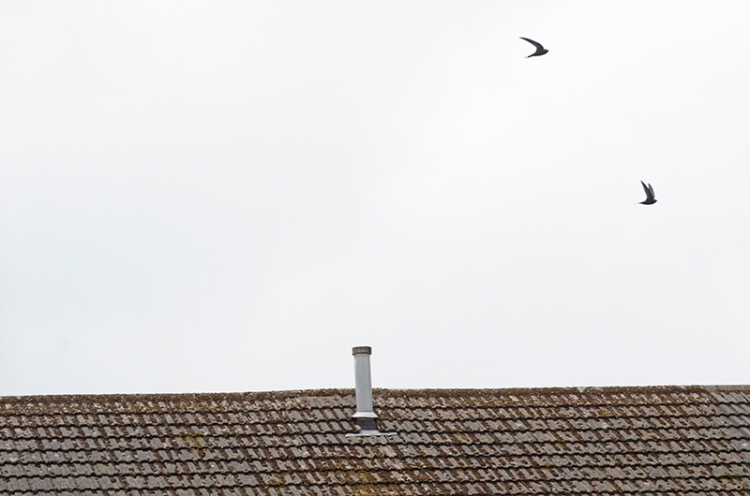 Two of our buddleias have come out and I kept an eye on them to see if any butterflies were attracted by their flowers.

The two different plants were both in the butterfly magnet business. 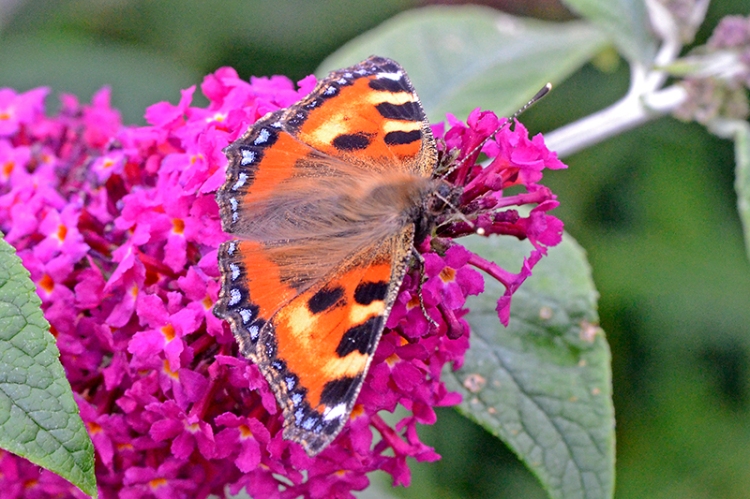 We dug up another of our early potatoes and were very pleased to find that it had produced 17 new potatoes, a very good return  we thought.  We ate several of them, along with some lettuce from the garden for our lunchtime salad.

After lunch, Mrs Tootlepedal went off for a meeting and I didn’t go for a cycle ride.  I thought about it quite a lot, but that was as far as  got.  I did do some compost sieving and greenhouse grass mowing instead but I did quite a lot of sitting down as well.

I admired the roses on the fence…

…and the berries that have appeared on the tropaeolum flowers… 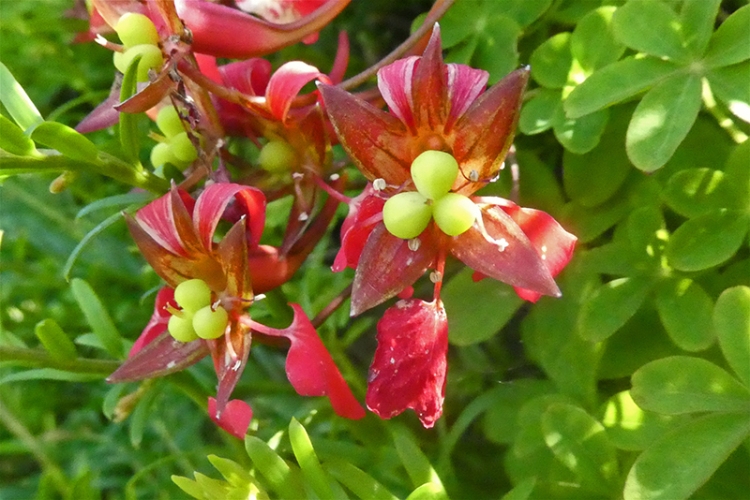 …and I had a cup of tea with Mrs Tootlepedal when she got back from her meeting and then, finally, I got so embarrassed about wasting such a glorious day that I did get my bike out at last and cycled 14 miles.

By this time the wind had got a bit frisky and I did the first five miles up the gentle hill and into the wind at 9 miles an hour and then did the second five miles down the gentle hill and with the wind behind me at 19 miles an hour.  I might have gone a little faster if a lad driving a tractor while talking on his mobile phone hadn’t driven out of a side road in front of me and forced me to a halt.  He gave me a cheery wave though. 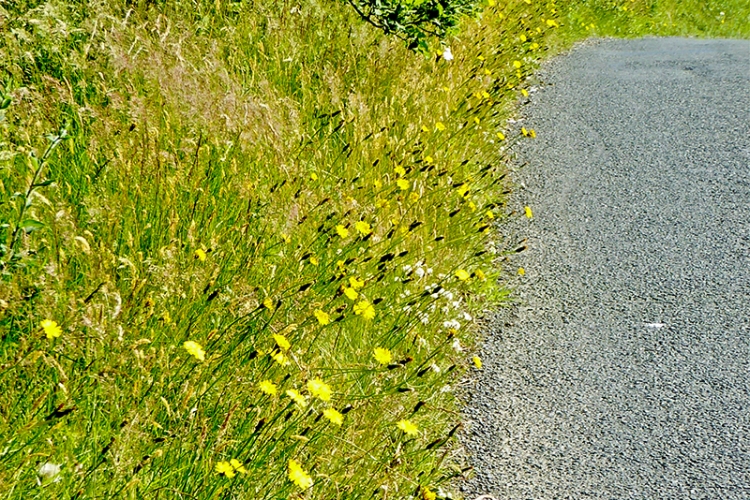 …with a lot of bird’s foot trefoil about…

…before heading for home.

Some more of our home grown potatoes went into one of Mrs Tootlepedal’s fine fish pies for our tea.  It was garnished with turnips from the garden and followed by rhubarb and custard for a pudding.

As we also had picked, cooked and eaten some beetroot, it was a good garden-to-mouth day.

The weather looks as though it might be a bit more changeable over the next few days  so I might regret my poor cycling efforts today but it can’t be helped, I just didn’t have the get up and go.

The flying bird of the day is a bee.

15 thoughts on “Pottering about”