Today’s guest picture is another from the camera club visit to Beamish late last month.  Peter took this charming shot.

There was heavy rain overnight but the garden seemed strangely dry when we went out for a look.  Some strong winds had done damage though, and Mrs Tootlepedal had a good deal of propping up and clearing away to do.

I took the opportunity to put a couple of weeks of the newspaper index into the Archive group database and found the first entry regarding a motor car in Langholm that I had come across.  This was 1900 so it must have been an early model.

I went out into the garden to give Mrs Tootlepedal some moral support and the occasional helping hand too.  We picked some peas, beans, turnips and potatoes to make a summer soup and Mrs Tootlepedal spotted this moth among the potatoes. 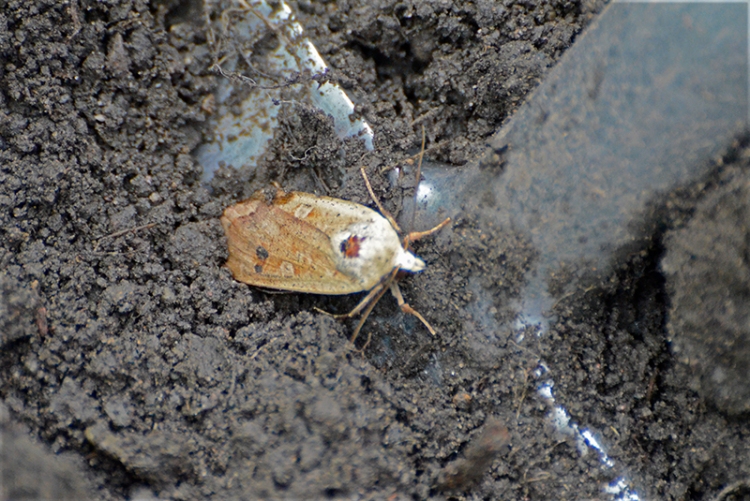 She found a home for it and just hoped that it isn’t a dangerous potato eating insect.

I had a look around before going in to cook the soup.  It was rather a dull day and the very brisk wind made getting flower pictures a bit tricky so I was pleased to catch not just one poppy in mid sway…

…but another one as well. 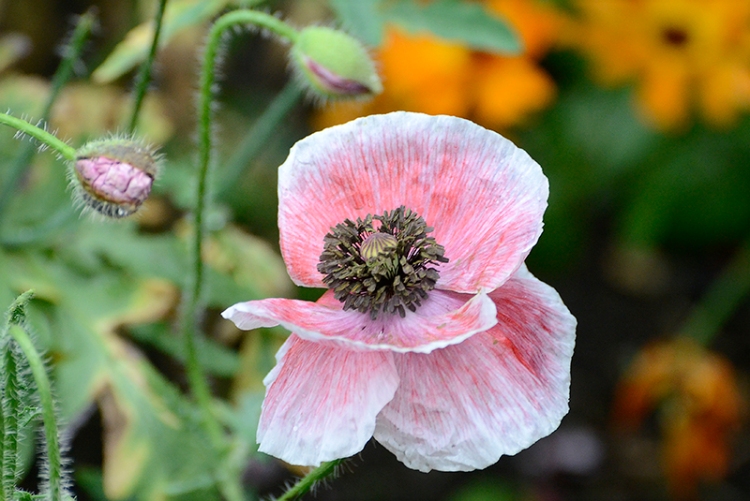 The clematis at the front door is more sheltered and offered less of a problem.  It has come on very well after a slow start and I like its multi coloured petals. 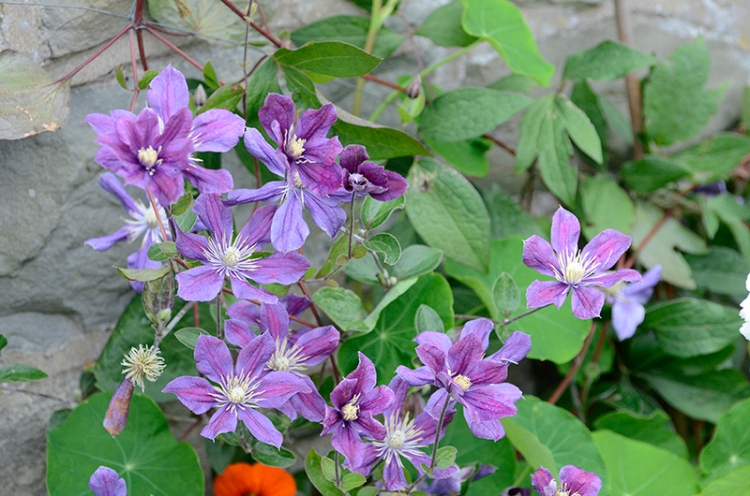 While I was in the garden,  I sat on the bench outside the kitchen window and got a different angle on the bird feeder.

The siskins were keeping a sharp eye out for competition and a sparrow thought better of trying to get some seed.

In general, it was a busy scene. 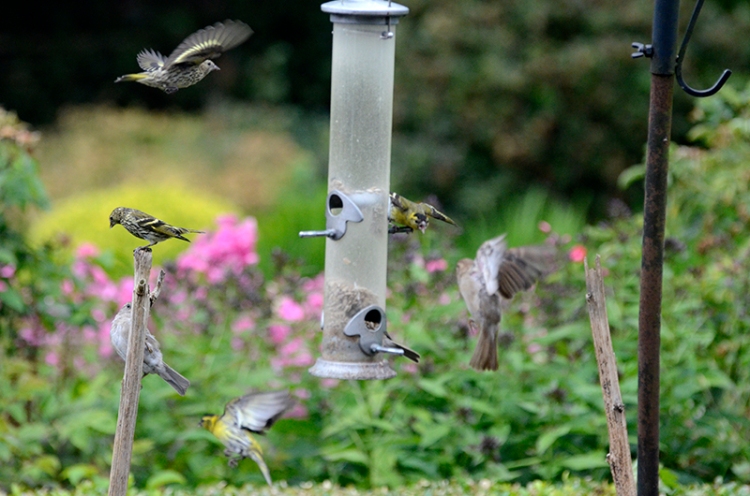 I went down to the river to see if the rain had put some water into it.  It was far from full but there was a lot more flow than we have had recently…

…and all three arches of the Langholm Bridge had been called into action.

The vegetable soup (with added barley) turned out well, with a nice fresh taste.  It went well with some new bread and a selection of cheeses.

I was so perked up by the soup, that after lunch I decided to brave the wind and go off for a cycle ride.  It was tough going into the teeth of a breeze gusting at over 30 mph so I stuck to doing two laps of the seven miles trip to Wauchope Schoolhouse and back, hiding from the wind in the bottom of the valley.  This gave me the chance to visit the little cascade near the schoolhouse…

…and to stop and check for riverside birds when I went along the Esk on my way through the town.  There was a small collection of oyster catchers… 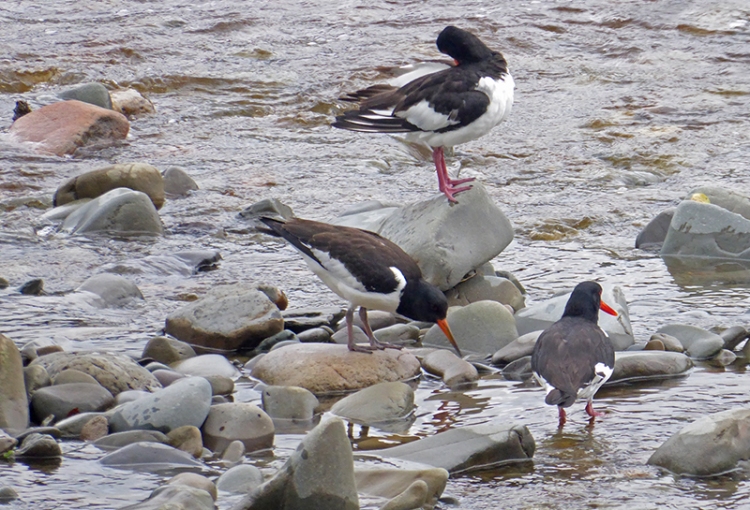 …one of whom posed nicely for me…

…and a dipper living up to its name.

My legs were quite cheerful so I added a short three mile trip over the bridge and out of the other side of the town after my two laps and ended up with 17 miles more than I had expected to ride when I had read the forecast yesterday.

The seventeen miles were accomplished at a steady pace but they took me up to 270 miles for the month, so although I still can’t walk any distance without upsetting my feet, at least I can keep going on my bike.  Mustn’t grumble.

I  sat down for a cup of tea when I got home and we were joined by Mike Tinker.  Like Mrs Tootlepedal, he had spent quite a bit of time in  his garden repairing the ravages of wind and rain and cutting back excessive growth so we were all pleased to rest a while for refreshment and conversation.

When Mike left, I mowed the two lawns, sieved a bit of compost and had another look round the garden.

This is the very last of the flowers on the rosa complicata.

Although some of our heavily petalled roses survived the wind and the rain, like this Wren…

….many were looking rather soggy.  Mrs Tootlepedal gets a bit sad when these roses show the effects of our damp climate and ‘ball up’, so she is thinking of planting more of the simple roses, which are perhaps better suited to our garden.

It was brighter now than it had been earlier in the day, but the sun had not quite come out so I had another go at the white astilbe with better results.

Nearby, a yellow potentilla flower winked at me.

It is impossible to miss the rambler roses which are sensational this year.  We hope that some of them will appear in the rose crown at the Common Riding on Friday but if ours are anything to go by, there should be so many about that the crown builders may not need to come to us at all.

Later in the evening, I leaned out up of an upstairs window to greet the sun which had finally appeared, and enjoyed a general look over the garden.  Mrs Tootlepedal has been clipping the hedges.

The flying bird of the day is a sparrow using every limb available to persuade a siskin to give up its seat at the table.

25 thoughts on “Catching the moment”