Today’s guest picture comes from Matilda’s grandfather Francis.  He was there to watch Matilda trying out Mrs Tootlepedal’s restored rocking horse a day or two ago under the watchful eye of her grandmother, Eileen.

(Those wondering about Matilda’s hand gesture are obviously not familiar with Woody from Toy Story.)

We have had several inches of rain this week, either in short, heavy thundery downpours or persistent rain like yesterday’s, so it was good to have a fine and mostly sunny day today.

I went out into the garden after breakfast to find that the bees had been busy visiting our poppies. 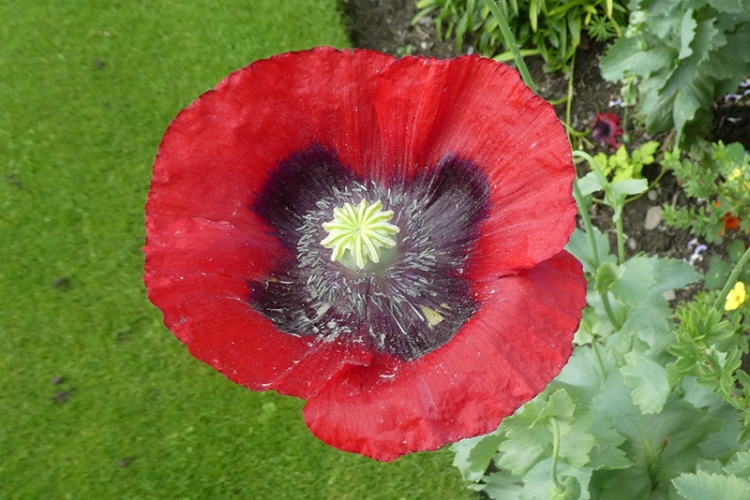 It was still very humid and singing in the church choir taxed my breathing skills to the limit so I was glad to have a sit down and a cup of coffee when we got home.

It didn’t take me long to perk up after the coffee and I went out into to the garden where Mrs Tootlepedal was hard at work.

I helped her pick the last of our first crop of peas and beans and then I cut as many of the sweet peas as I could before my patience ran out.

Then I had a look round.

…and there is plenty of growth still going on.   Buddleia and rambler roses compete for attention and Mrs Tootlepedal has filled the new bed by the new electricity pole with mustard as green manure again.  I may have remarked before that she is very keen on mustard. 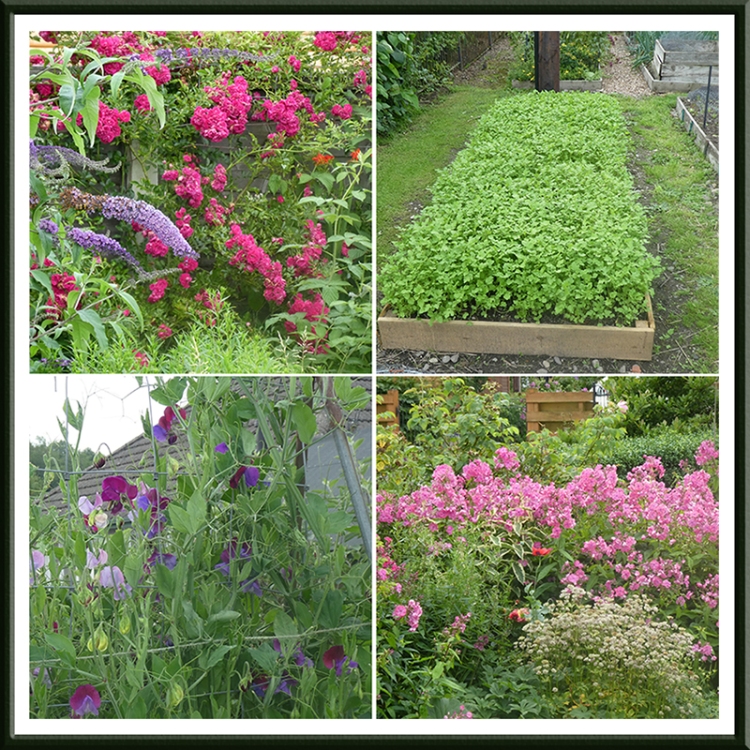 The sweet peas are growing faster than I can cut them and we have several vases on the go in the house.  And the phlox is phlourishing.

The garden is full of birds as well as flowers.  We have families of starlings in a neighbour’s holly tree and blackbirds have been nesting in the garden.  This one was standing on our neighbour’s shed roof… 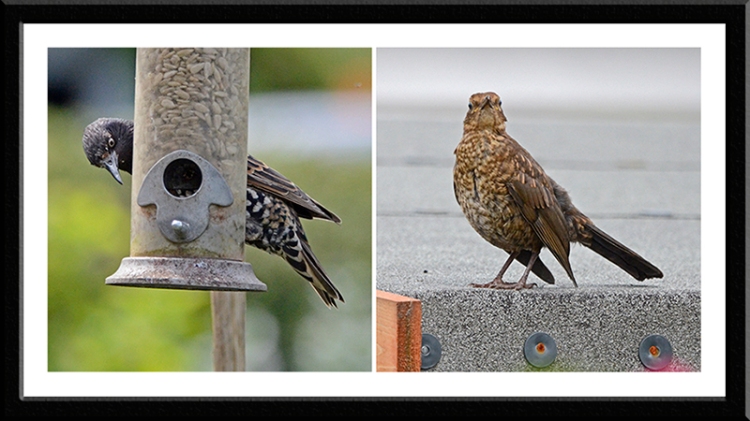 …but the biggest gang of birds at the moment is made up of sparrows.

After a couple of days of neglect while visitors and rain where about, grass cried out for care so I mowed everything, the front lawn, the middle lawn, the greenhouse grass and the drying green. The combination of warm weather and rain had made the grass grow but it also meant that things looked good when the mowing was finished.

Mrs Tootlepedal made some delicious soup from the peas and beans that we had picked, together with a potato and an onion from the garden, and using some chicken stock that she had made while cooking a meal for our visitors.  This was a meal with food metres rather than food miles.

I had another look round the garden after lunch. I would have liked to go for a walk but my feet are not being very helpful so the garden is the limit for most of my walks at present.

…and The Wren goes from strength to strength.

It was not hard to find butterflies on the two buddleias by the back fence and I was happy to find a couple of peacocks among the small tortoiseshells.

There were probably more white butterflies flitting about than coloured ones so I sat on the bench outside the kitchen window and waited to see if I catch catch one sitting still, or even better, catch one actually flitting about.  Patience paid off.

You can never rest on your laurels where grass care is concerned, so after the butterfly capture,  I spread a little of the fertiliser that contains the magic moss eating ingredient on the middle lawn.  I will be most interested to see if I can keep the lawns a bit more moss free over the winter than they were last year.

While I was waiting for the white butterflies to come along, I saw a siskin keeping a wary eye out.

When I went in and looked out, I could see why a wary eye out was probably the thing to keep.  The action was non stop again….

…and led one poor sparrow to bang its head against the feeder pole in sheer desparation.

Mrs Tootlepedal sat down to watch the final stage of the Tour de France and I went out for a short cycle ride in the real world.  I was a little worried that it might be too hot but luckily the sun went in and my ride was merely warm.  Mrs Tootlepedal tells me that it rained in the garden shortly after I set off, but I missed that and had a dry run.

My cycling camera is playing up a bit but I liked this family cow portrait at the Bloch farm so I have put it in even though the focus isn’t quite right. 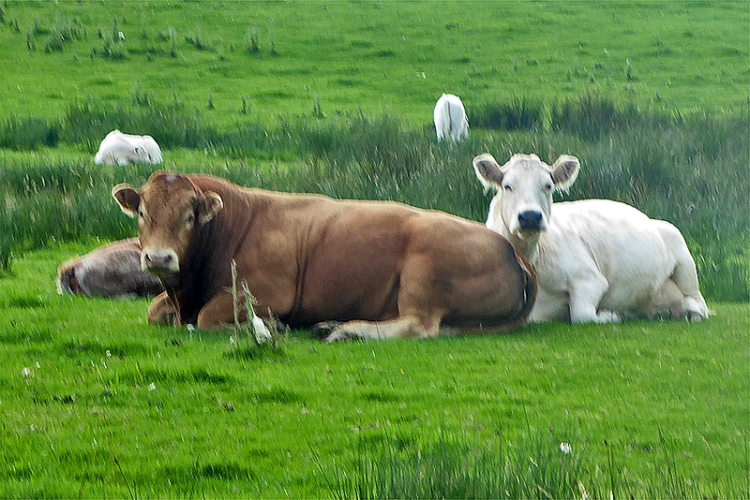 I don’t think that I have had a picture of my three favourite trees at Grainstonehead on the blog since they got their leaves on.  They always look to me as though they are about to break into a wild dance.

New and bigger daisies are out on the Canonbie by-pass and ragwort is appearing all over the place.

I pottered round my habitual Canonbie 20 mile circuit, worried about a brisk wind but finding it more across than against or behind for most of the ride so I was able to enjoy myself.

I had a last look round the garden when I got home and noted the first zinnia of the year..

…and a rather lonely fuchsia flower.

It has not been a good year for our permanent fuchsias.

I was able to have my evening meal and still be in time to watch the very final moments of the final stage of the Tour de France.  It has been one of the best tours to watch for some time and we will miss it now that it has gone.

The flying bird of the day is a greenfinch which appeared among the clouds of siskins.