Today’s guest picture was sent to me by my sister Mary.  She went to the Haynes International Motor museum in Yeovil with her friend Venetia, and her eye was caught by this shiny Morris Oxford 6 saloon from 1930. 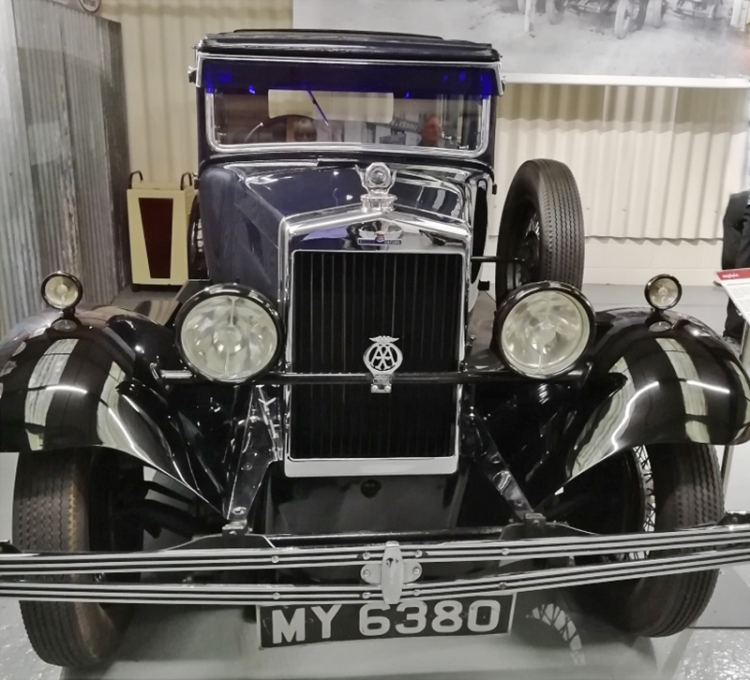 I got up intending to have a quick breakfast and go cycling but like so many of my good intentions, this one was unrealised.  In the end, I had a slow breakfast, did the crossword, waited for a rain shower to pass, checked on the butterflies in the garden… 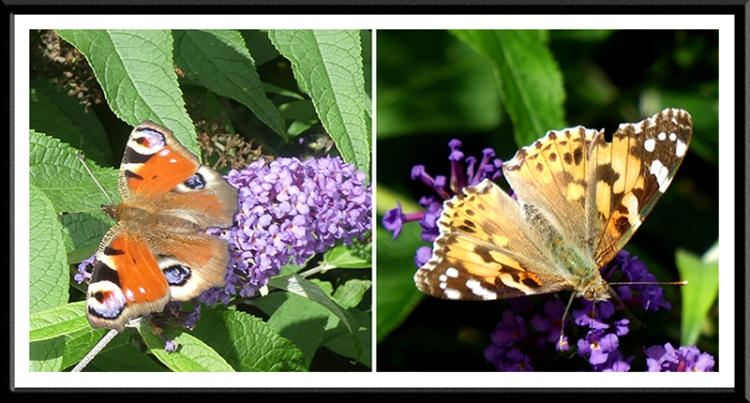 ….and then finally went cycling.  By this time the wind had got up and was blowing pretty forcibly so I reduced my intended route distance from 30 miles to 12 and even then had quite a hard time cycling the six miles up hill and  into the wind to my turning point.

The grass is pointing to my way home. 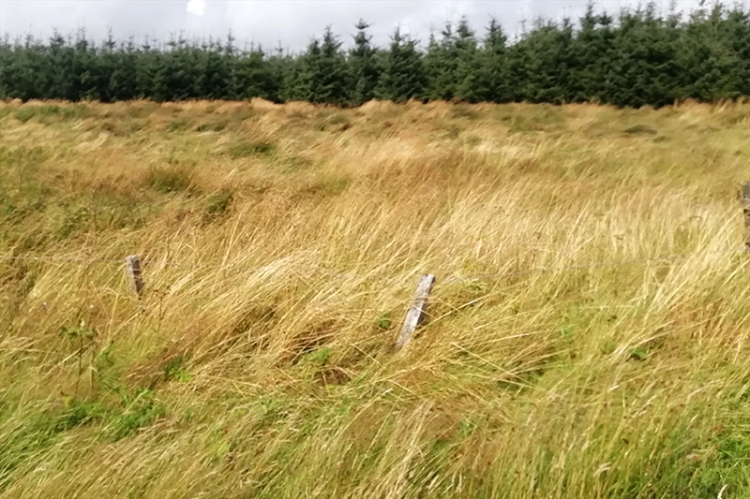 I was freewheeling along a flat section at 25 mph with not a breath of wind in my face at one time on my way home, and that gives some idea of the briskness of the breeze.  Under the circumstances, I was quite pleased to have managed even 12 miles.

While I was out, Mrs Tootlepedal had done some serious lawn edging. 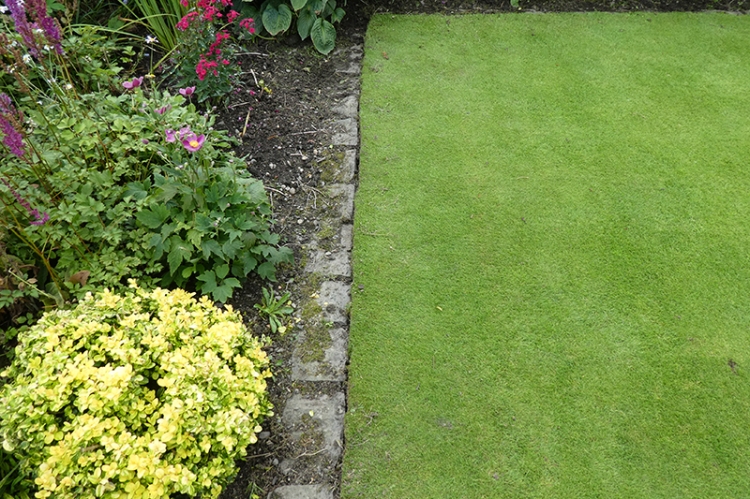 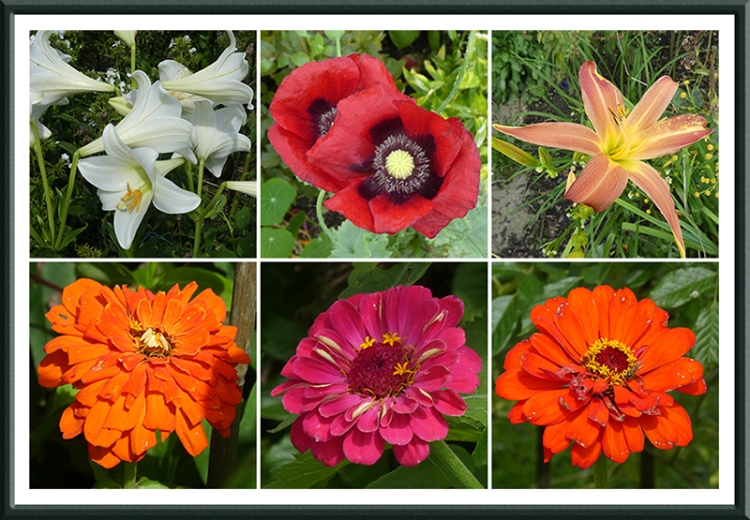 …and that bees were busy visiting some of our newer blooms. 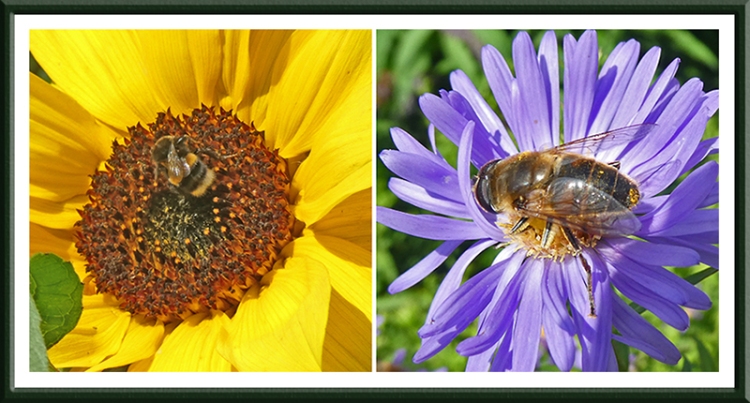 After lunch, leaving Mrs Tootlepedal to do some more gardening in the sunshine, I drove down to Canonbie to visit the flower show there.

As well as jams, jellies, needlework, art, flowers and vegetables, there are always other attractions at the show and this year, there was a modest display of falconry.  It was slightly hampered by the very strong winds but a couple of patient birds sat on their perches taking an interest in what was going on.

This is a Harris Hawk.. 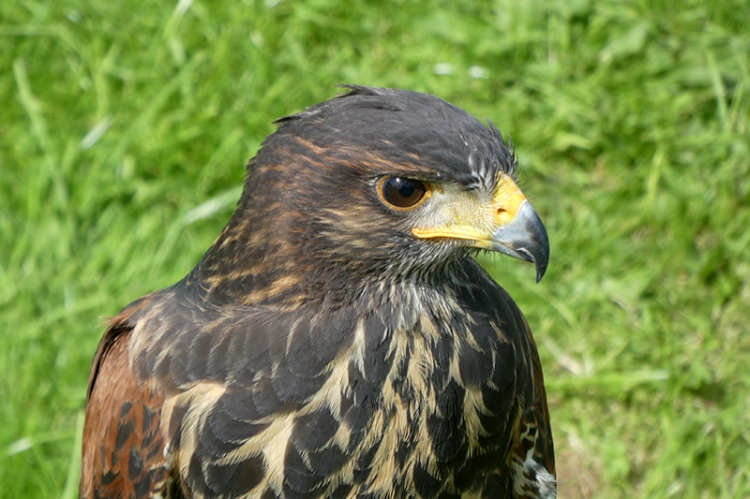 …but I can’t remember what this striking bird was. 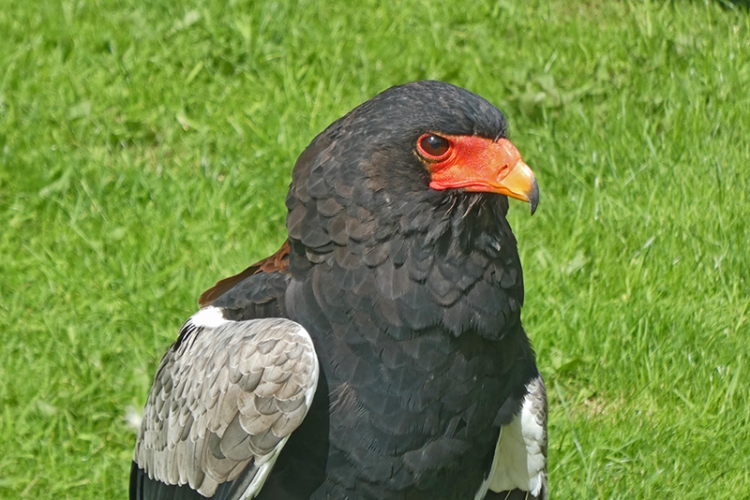 There are usually some static engines on display and this fine oil engine was the star of the show this year. 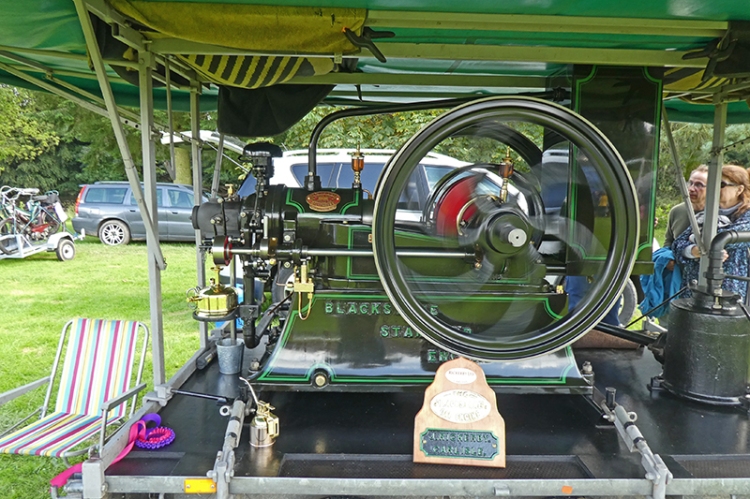 Some more mobile vehicles were to be seen as well. 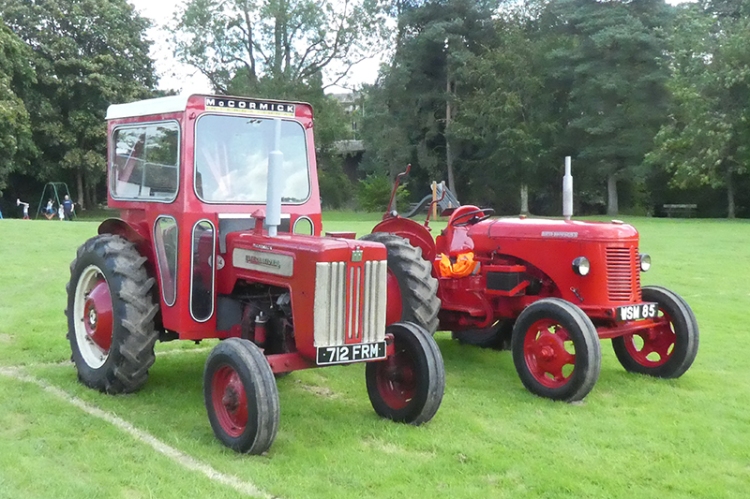 When I went into the hall to see the photographs, I was surprised to find that I had managed to acquire two first prizes and a second ticket from my twelve entries.  Sandy had been in the prizes as well and we shared  a trophy with yet another exhibitor for most points in the coloured photo classes.  We all had had a first and a second.

There were a lot of pictures on display and quite a number of different people had caught the eye of the judge.  This is very satisfactory and should bode well for the entries next year.  I would like to thank Linda for taking my pictures down to show and putting them up for me.

After a tour round the flowers and vegetables, I went for a walk along the river.  As I crossed the bridge, I saw a dipper below. 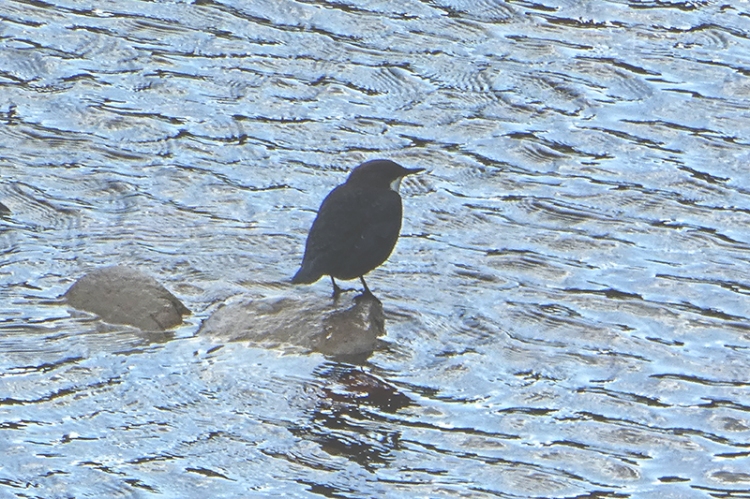 A started my walk at the church and was pleased to find sheep safely grazing in the glebe fields. 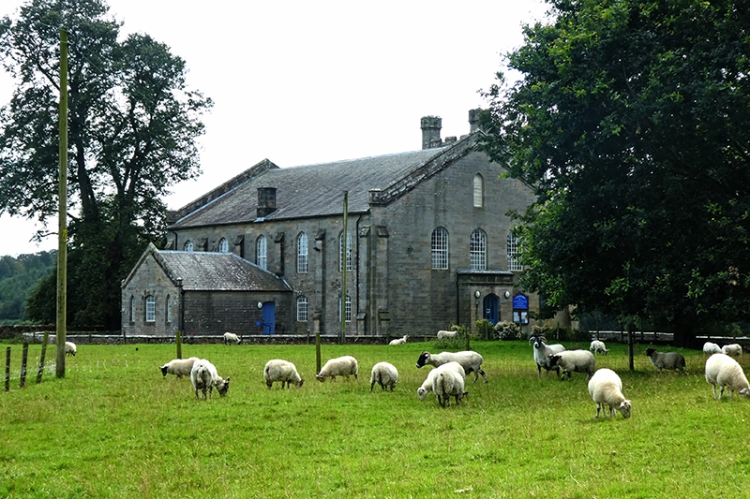 I felt that I was being laughed at as I took the path down to the river but it was only a conifer covered in strange fruit. 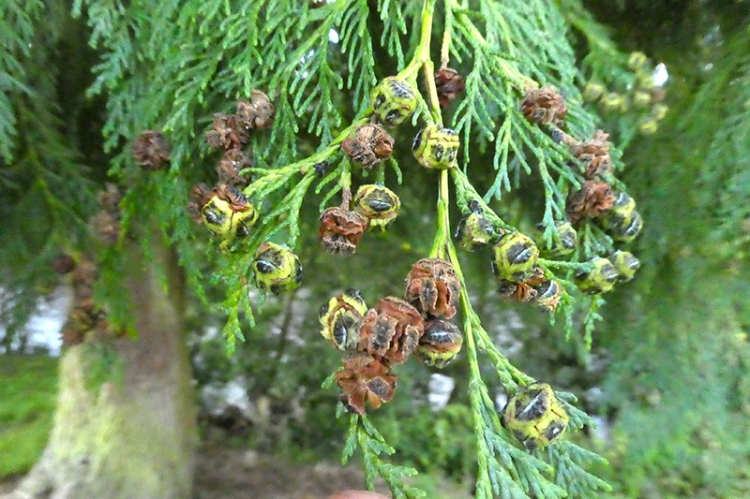 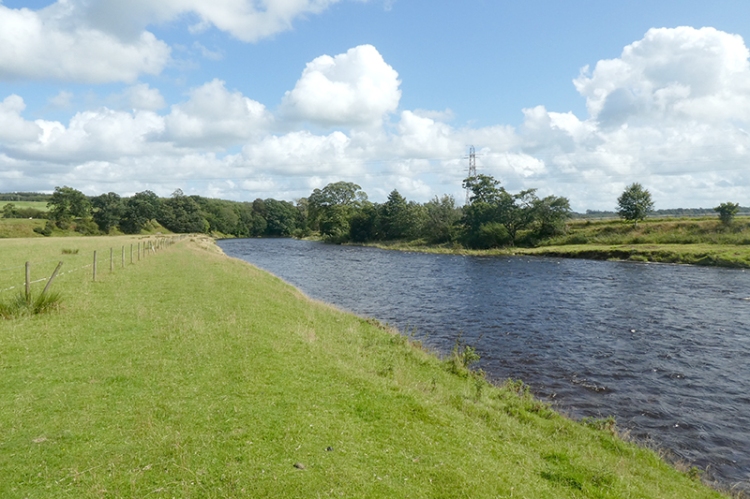 …although a little waterfall splashing down the banking further on showed how wet it has been. 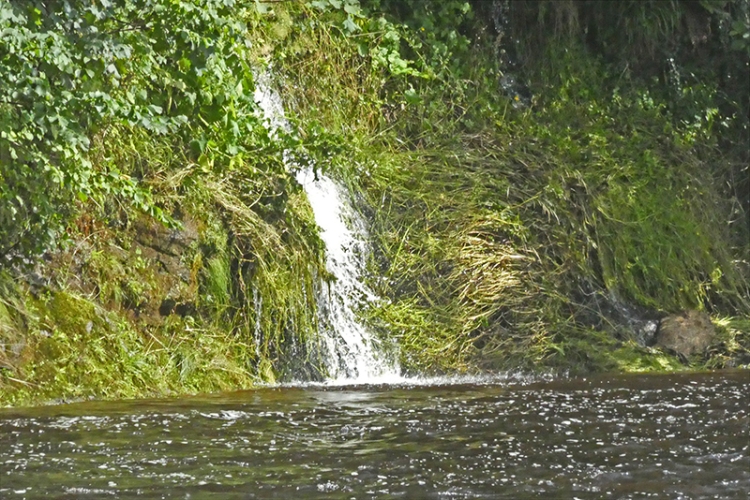 I was going to walk along the river for a good bit but the path became very muddy and as I didn’t have suitable footwear, I had to turn back and go back to the hall by the route that I had taken on the way out.

I met Sandy there and he kindly offered to bring my pictures back after the show had ended, so I was able to drive home and find out what Mrs Tootlepedal had been up to in my absence.

She had lifted the onions. 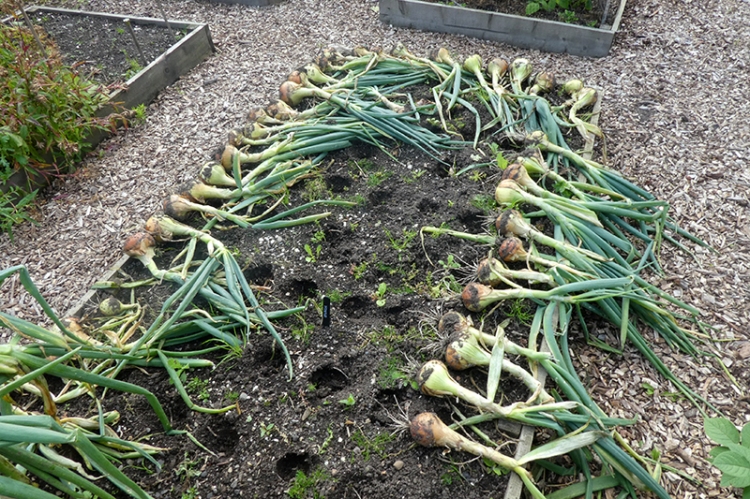 We had a cup of tea and then we drove up to the White Yett and walked up the track to the monument on Whita Hill.

It was still very breezy but the sun was shining, so I expected to get some good views.  Once again my expectations were unrealised as it was pretty hazy, but when the sun shone in the right place, views of some sort were available.  This is the Ewes valley. 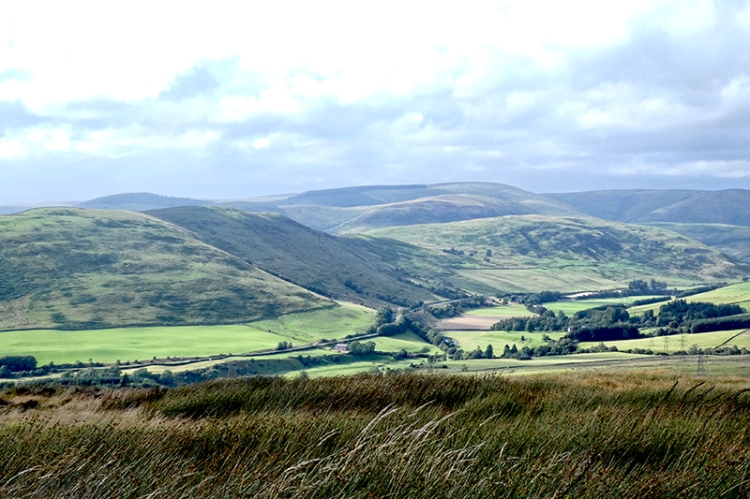 There is a plan to put a lot of exceedingly tall wind turbines on the top of these hills and although I am a supporter of wind power, we think that this is a step too far.  We can already see about 60 turbines from the monument but they don’t impinge on the views too dramatically,  These huge turbines would overwhelm the valley altogether.

They are several times the height of our monument. 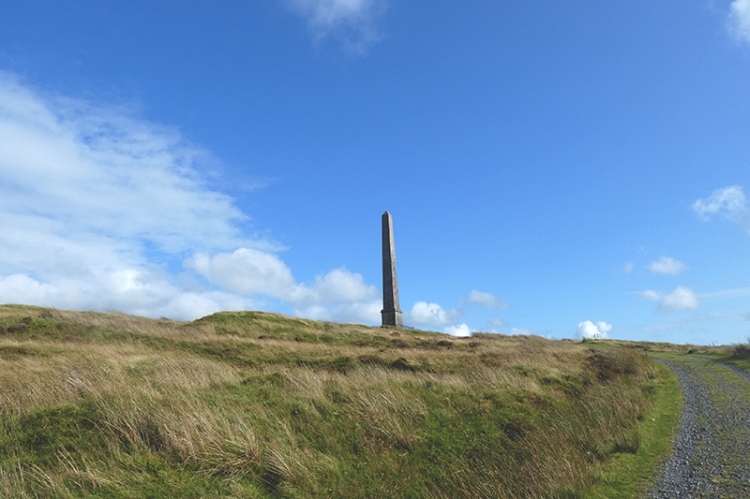 When we arrived at the monument, we were being buffeted by the wind to such an extent that we didn’t stay for long.  I did look over the wall and down onto the Solway plain which stretches between our hills and the English hills which you can just see though the haze in the distance. 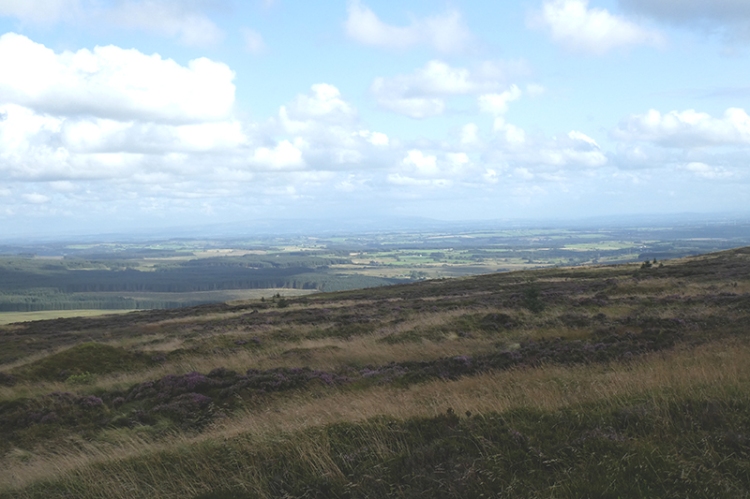 When the sun came out from behind the clouds, the monument cast a long shadow over the moor. 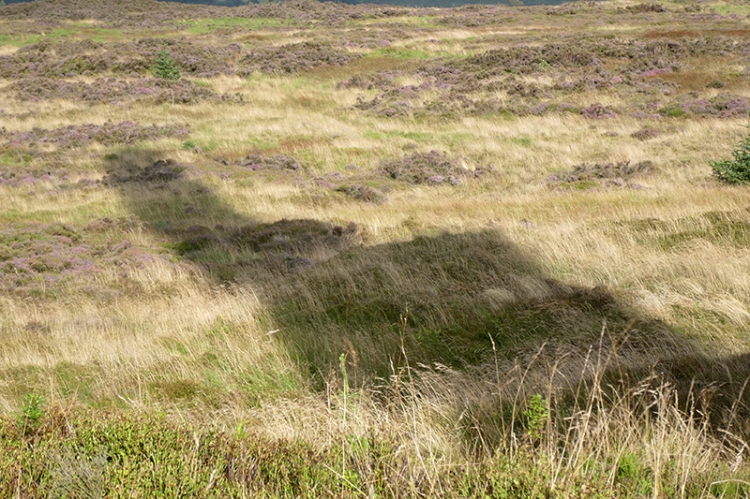 As we turned to go back down the hill, a patch of sunlight played on the top of Castle Hill across the valley. 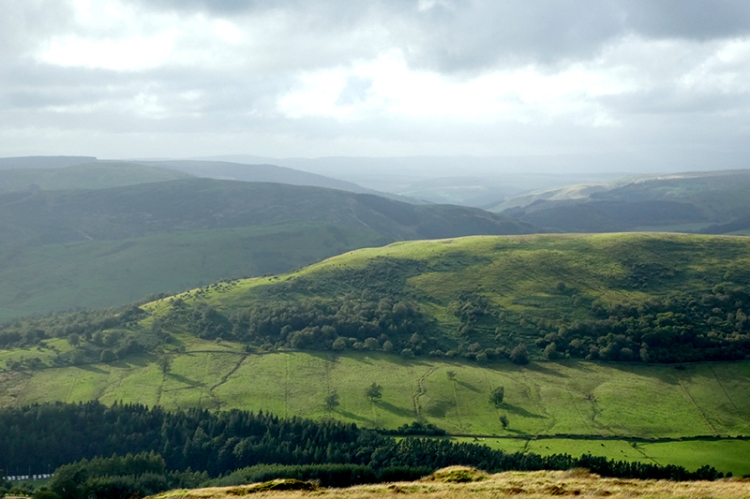 As we went back down the hill to the town in our car, we passed several notices calling for care and warning of sharp bends and sudden steep sections.  When I checked, I found that there is a cycle sportive coming this way tomorrow from Hawick.  I just hope that the wind drops a bit or it will be hard work for the cyclists.

After a busy day for us both, we were refreshed by corned beef hash and rhubarb crumble with custard for our tea.

The falconer at Canonbie was able to fly an owl over a very short distance in spite of the wind so I have got quite an unusual flying bird of the day today. 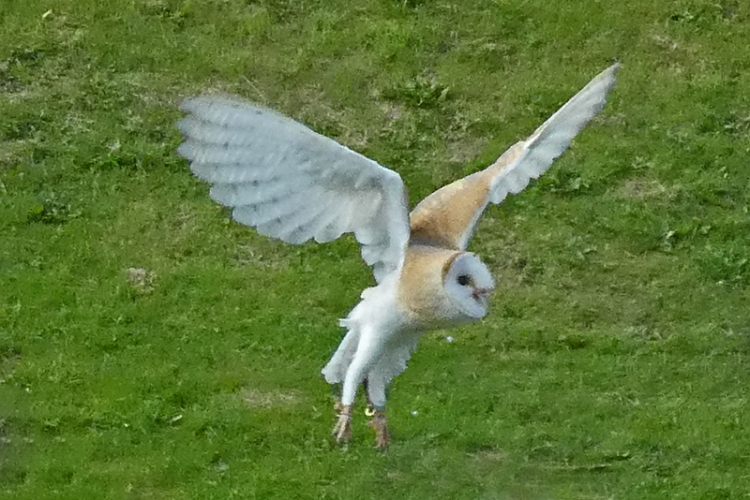 29 thoughts on “A pleasant surprise”