Today’s guest picture comes from my sister Mary who has been visiting the Lake District where she enjoyed one of Ruskin’s favourites, the view of Derwentwater from Friar’s Crag. 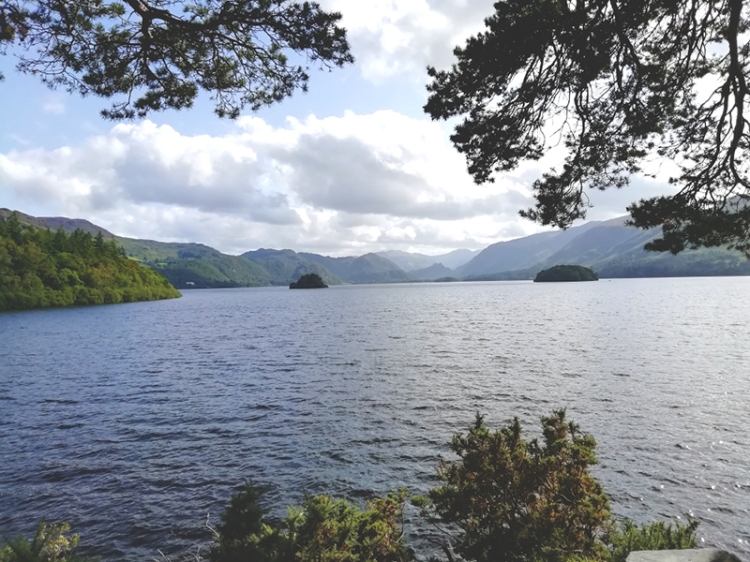 After our spell of cool changeable weather, we got back to a hot summer day today and I hardly like to say this, but it was too hot!

I started the day by going down to Canonbie with Sandy.  We met fellow camera club member Stan and between the three of us, we collected the photographs that had been on display at the Canonbie Church Cafe for the past months, packed them up and took them home.  The pictures will have a brief rest and then they will be off up to Eskdalemuir, where they will be on show for the month of September.

I had a cup of coffee with Sandy when we got back and when I had taken him home afterwards, I came back and had a look round the garden.

Mrs Tootlepedal had told me that when she went out into the garden before breakfast, there had been a lot of butterflies about.  They were still there after coffee.  I counted seventeen peacock butterflies on one of the buddleias.

There were a few red admirals and small tortoisheshells about…

…and lots of white butterflies….

…but peacocks were everywhere…

There were also a lot of painted ladies.  This kept Mrs Tootlepedal happy as they are her favourites. 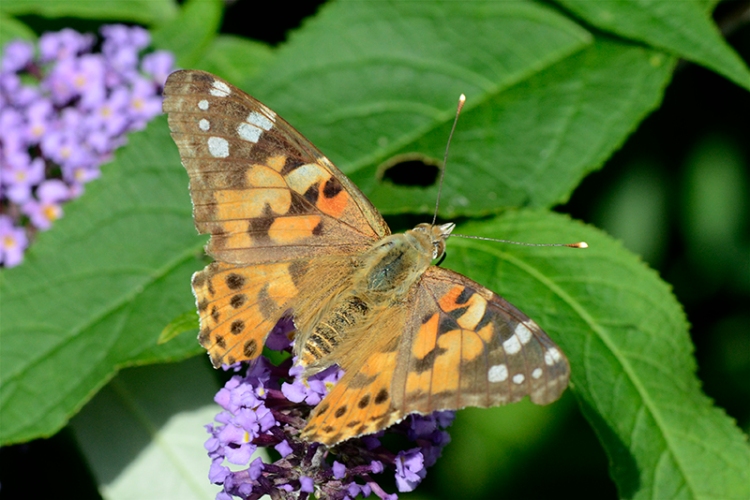 The buddleias attract bees too and I liked this little orange bundle of fun.

Other insects were available.  Mrs Tootlepedal found a little moth clinging to her jeans… 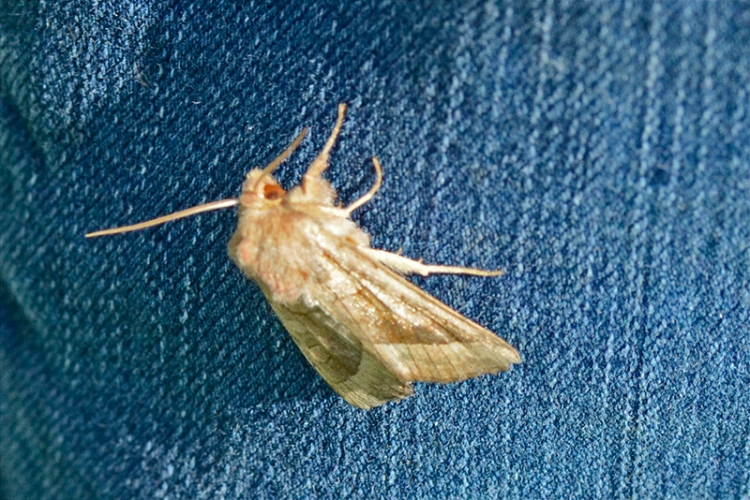 …and I spotted a tiny hoverfly on a leaf.

I had intended to go for a longish cycle ride but a combination of tiredness and the hot sun kept me sitting indoors staring at a difficult prize crossword long after I should have set off.  In the end, I did stir my stumps and went off up the main road to the north of the town.

I had a friendly wind behind me as I headed up the gentle hill to Mosspaul and I kept up a good speed.  I did stop from time to time to admire the views.  Although it doesn’t look like it from this picture…

…thin clouds covered the sun while I pedalled, and as a result, it wasn’t too hot for comfort.

It is very difficult to take a picture on this stretch of road without some electricity lines in it, as the main power line runs right down the middle of the valley.

When I turned at the top of the hill after ten miles, I was bit worried that the friendly wind that had helped me along so far,  might turn out to be a bit of a handful on the way home.  In the event, it wasn’t as bad as I had feared, and gravity gave me enough assistance to get me home at an average of 14.8 mph for the twenty miles, a very good speed for me these days.

The sun came out just before I got home and let me have this nice view back over my route.  I had pedalled right up to those hills in the distance. 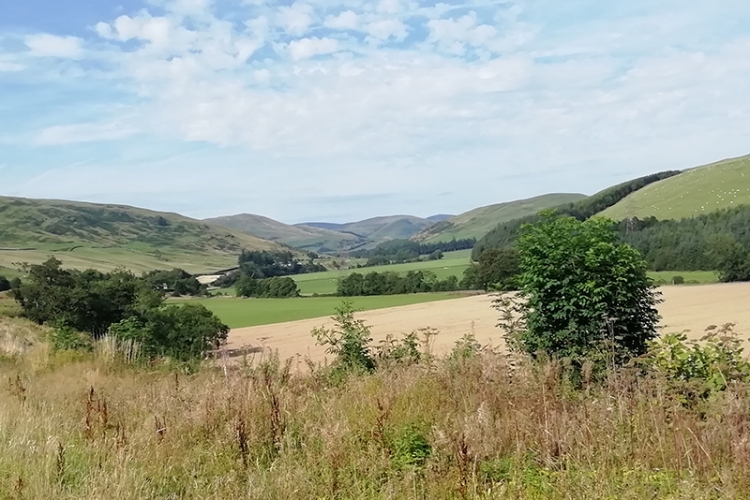 I didn’t rest for long when I got home because Mrs Tootlepedal was keen on a walk.  The cycling had loosened up my joints, so I was happy to toddle along too.

Mrs Tootlepedal is looking for some new walks so we drove a few miles up the road to Bentpath, and then took the narrow single track road to Glendinning, up the Meggat valley.

Leaving the car at the car park provided for visitors to the Thomas Telford Cairn, we left the farm buildings at Glendinning behind us… 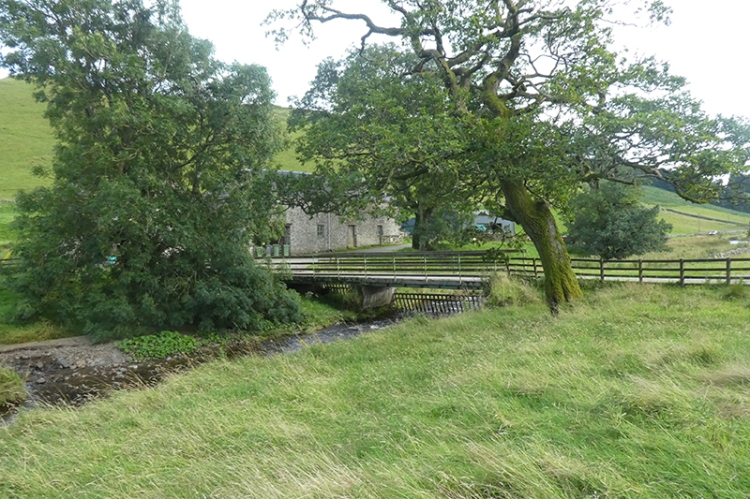 …and walked up the track along the west bank of the Meggat Water.  There was a delightful little cascade to set us on our way…

…and the Corlaw burn leapt down the hillside to join the Meggat Water.

You can see the path that  we were following as it follows along the hillside above the Meggat. 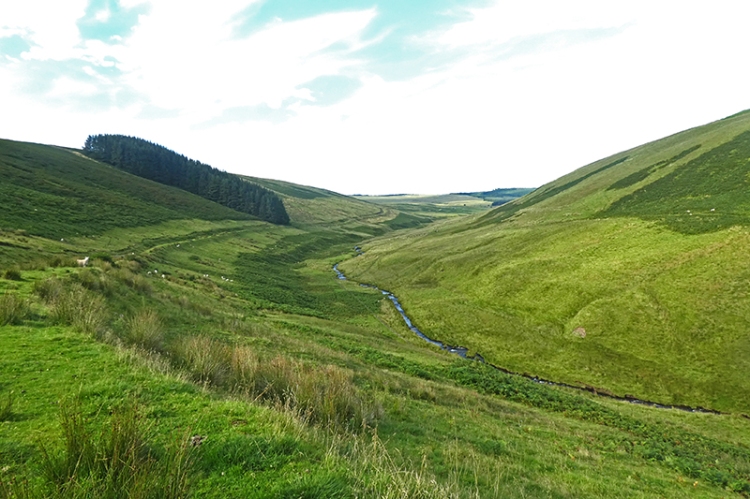 It was pretty warm and we were pleased when we got into the shade proved by a stand of trees. 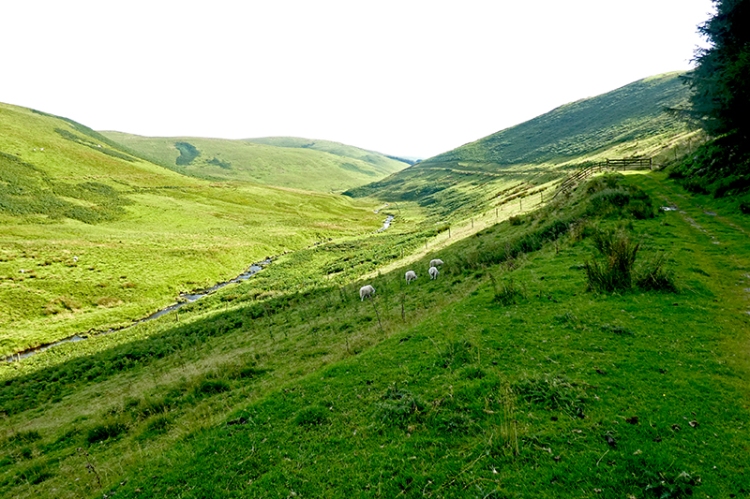 We walked up the track until we could see the large commercial forest that covers the ridge at the head of the valley. 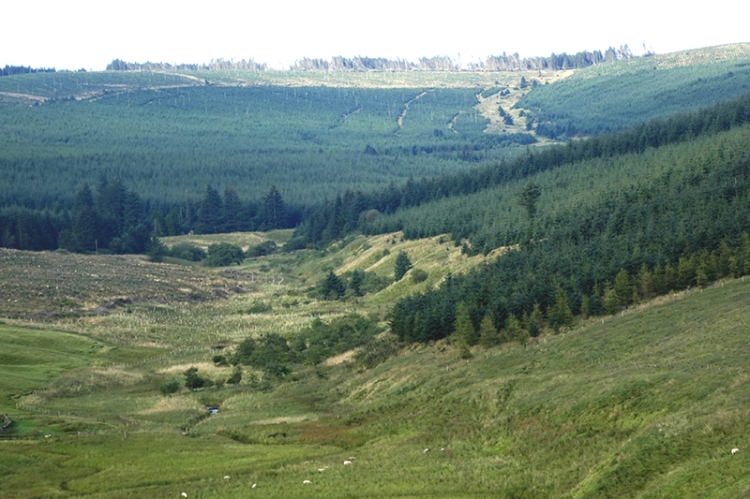 We had hoped to walk up to a bothy which has been refurbished and is a refuge for walkers and cyclists in these hills, but it was half a mile too far for us and we turned and walked back down the track.  On our way we passed a couple who were intending to stay overnight in the bothy.

The sun had dropped behind the hill and we walked in shade until we got near Glendinning again where the sun shone on us for the last part of our journey.

If you can’t get to Shangri-La, the Meggat valley on a beautiful August evening will do very well to be going on with.

We safely negotiated the single track road (with some reversing in the face of oncoming traffic) and arrived home, tired but happy.  Driving slowly on narrow roads has a very pleasing effect on the power consumption of the Zoe so it was an economical outing as well as good fun.

It is going to be even hotter tomorrow according to the forecast.  I shall take things easy.

The flying bird of the day is a zinnia enjoying the sunshine.