Today’s guest picture comes from Venetia, who is on a choir visit to the Netherlands.  In between singing , they were taken to see a parachute drop, part of the 75th anniversary Operation Market Garden commemorations in this area of The Netherlands. 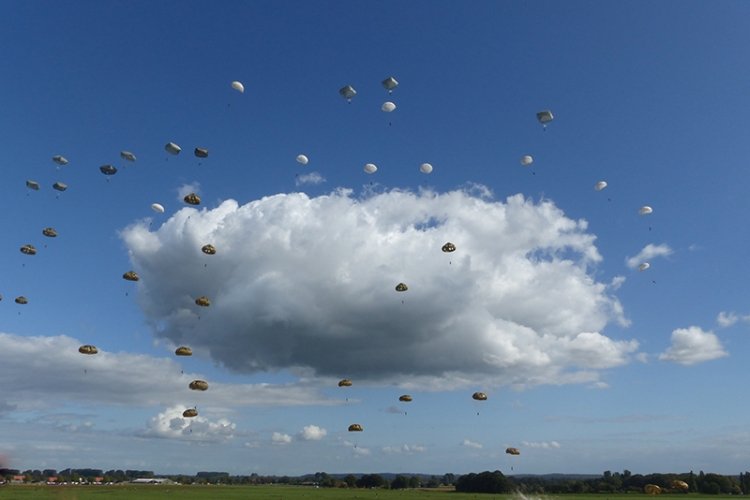 Our dry weather continued  today but it was rather misty when Mrs Tootlepedal and I went up to the Moorland Feeders after breakfast.

I was acting as a fill-in feeder filler for Sandy who is on holiday in Bulgaria and quite apart from the gloomy weather, there were hardly any birds about so we didn’t hang around after I had topped up the birdseed.

Instead, we drove back through the town and up the hill onto the Langholm moor to see if there were any swirling misty pictures to be taken.  There weren’t.

The clouds were just sitting on the tops of the hills, spoiling the view.

Even the tops of the turbines were hidden.

We pottered back down the hill, putting the charge back into our car’s battery as we went and got home in time for coffee.

In the dam behind the house, birds were drinking and bathing.

After coffee, I had a walk round the garden.

Clematis, mallow and cosmos are still providing us with some rich colour…

…and red admiral butterflies could be seen on many different flowers.

We haven’t had any really cold mornings yet so there are still roses doing their best. 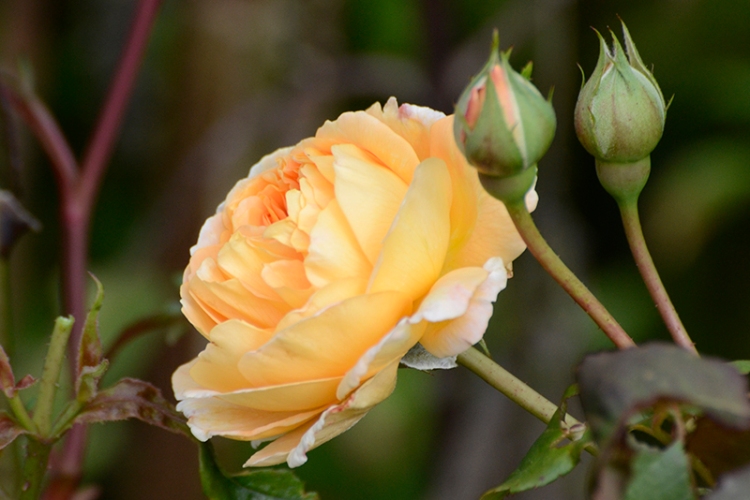 Mrs Tootlepedal is very pleased with how healthy the whole of this new rose plant is looking.

She puts it down to good soil preparation and wishes that she had the time and energy to treat the whole garden so well.

She moved some nerines and was worried that they might not survive in their new location but they have not just survived, they are flourishing.

As is the fuchsia on the back wall of the house.  It has had  a couple of very poor years but after an inauspicious start to the summer, it has produced a lot of late flowers and is looking better than it has done for some time.

Not bad for a very old plant that has been largely left to its own devices over the years.

Once again, the garden was full of butterflies in spite of the cloudy conditions.

A peacock stuck out its tongue for me. 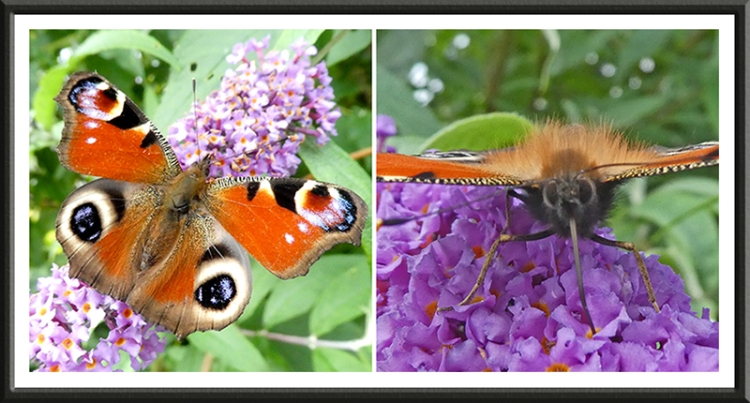 And there were at least three small tortoiseshells about in varying conditions.

Our visit to the garden was cut short by the need to go up to the town. Mrs Tootlepedal’s trip was to visit the bank which comes in a van for 45 minutes each week, and mine was to visit the health centre for a routine vitamin top up.

After lunch we went off to Lockerbie to catch the train to Edinburgh to see Matilda and her parents, and we were very shocked to find that our train was on time.

We  bought a new card game on our way to their house, and it turned out that Matilda has learned a new game herself as well.  She beat me at both of them.  I must remember never to play Matilda at cards for money when she grows up.

There was a stunning evening sky as we caught the bus back to the station after another delicious meal cooked by Alistair, but it was beyond the capacity of my phone camera to do it justice.  Instead I took a picture of the impressive array of cranes which are massed at the end of Princes Street for the rebuilding of the St James Centre. 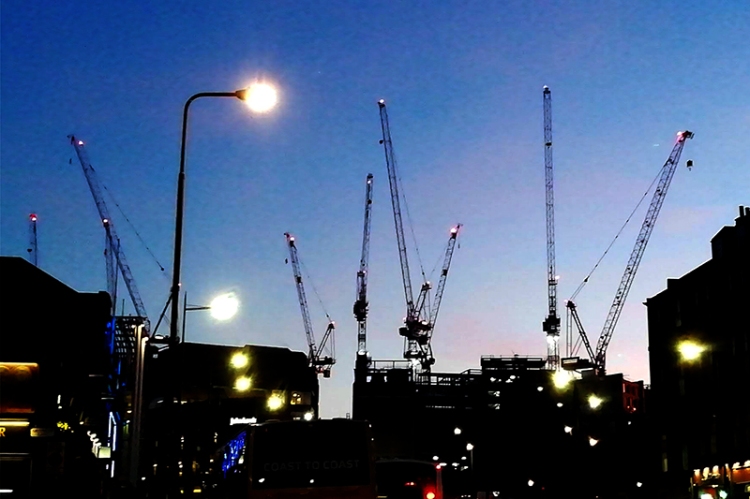 Our train home was also on time but the drive back to Langholm from Lockerbie was slowed by some foggy patches along the way.  This is not unexpected at this time of year but it was very unwelcome all the same.

Still, we got home safely.

The flying bird of the day, a fluffy young sparrow, is lying flat out on our neighbour Betty’s garage roof.  Flying is a tiring business.