Today’s guest picture comes from my brother Andrew.  He was tempted by this large pre-Halloween spider mallow shortcake but a quick look at the nutrition information revealed that he would have to take two or more days to eat it to stay within his health guidelines, so he gave it a miss. 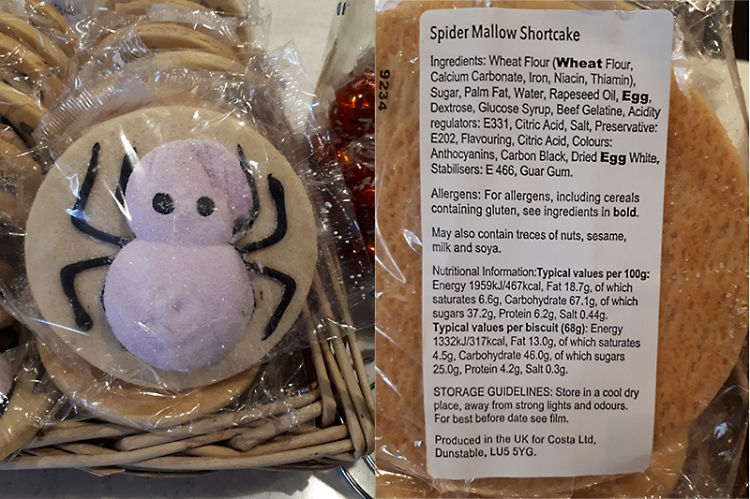 I had a rotten night’s sleep and while Mrs Tootlepedal went off to a business meeting, I was more than happy to idle the morning away with nothing more demanding than the crossword, sweeping the leaves off the middle lawn and washing the car,  Those who know me well will be amazed to hear that I washed our car, but when you carelessly buy a white car, even the most dirt blind person can’t avoid noticing when it turns brown.

I also spent a little time stalking the garden birds. 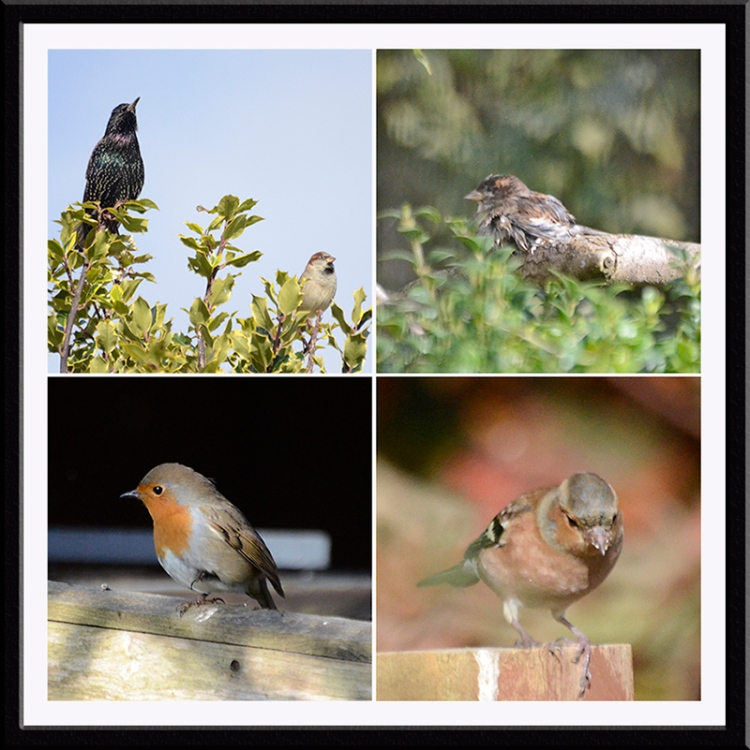 Once again, a dunnock is my pick of the day, though the robin ran it close

We have had a small but tasty crop of autumn raspberries and the very late hosta is a continuing delight.

There are some good survivors among the humble flowers and the Crown Princess has perked up again.

After lunch, Mrs Tootlepedal looked at the fine weather and suggested a walk.  She likes to go somewhere away from my regular walks if possible, so we drove to the top of Callister and checked out a track there.

…but the track soon became very soggy so we retraced our steps and tried walking in the opposite direction.  It looked as though a weather front might be looming up…

…but we kept walking until we got to the end of the track about half a mile on.  There was plenty to see on both little walks.

I think that the yellow flower is a prickly sow thistle, the painted lady looked a bit pale and battered but flew about quite cheerfully…

…and the clover and lichen were both doing very well.

There was fungus and more lichen beside the track… 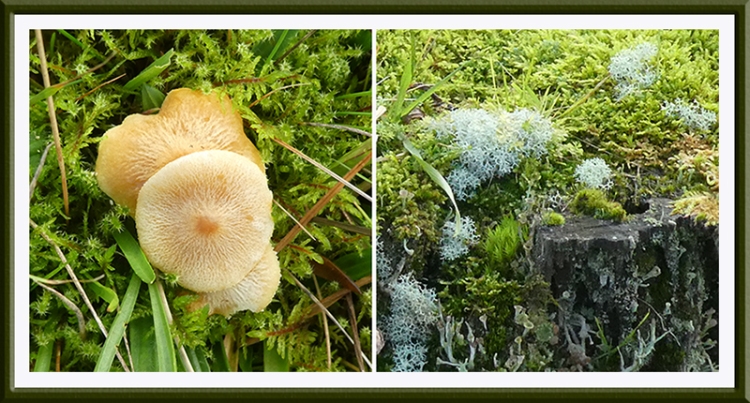 …and some larches turning to gold among the spruces. 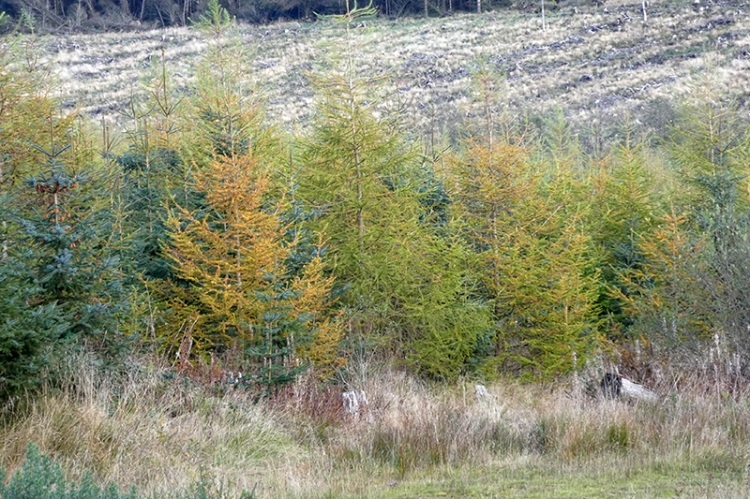 The track led us towards an artificial pond that was made when the area was first planted with trees.  It was said that it was to attract ducks but it looks neglected and overgrown now, more marsh than pond….and not a duck in sight.

We strolled back to the car and drove a few hundred yards along the road back down the hill.  There we parked and took a forestry track along the other side of the road.

The track was rich in wild flowers, including this very impressive multi stemmed dandelion look alike.

And although the clouds were still looming, the sun stayed out and made things look very colourful.

There were lichens of many kinds on our way….

…and lots of colourful details too. 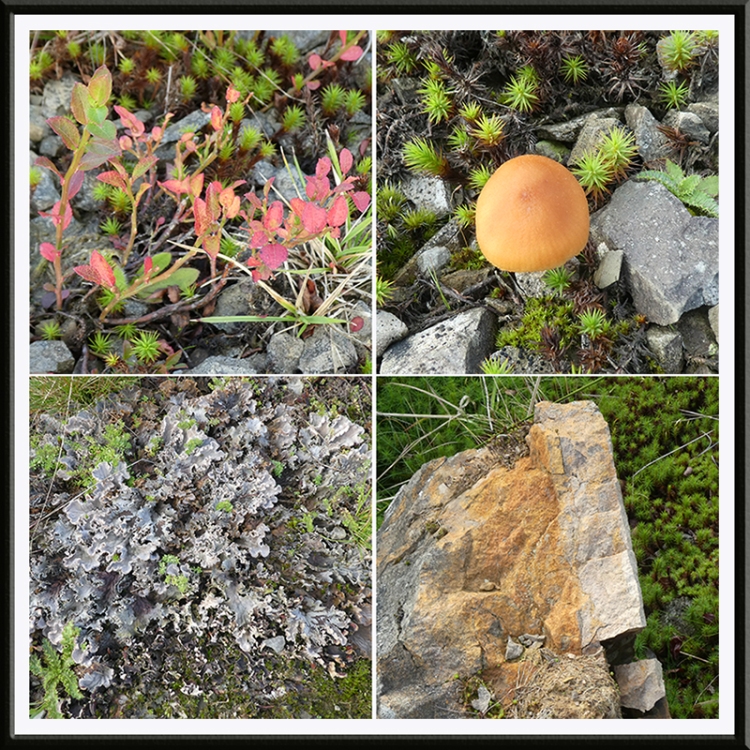 …with the sun shining on the monument six miles away…

…and the Solway plain lying below us with the northern English fells in the distance.

I liked the way that seemingly arbitrary larches had sneaked in among the regulation spruces. 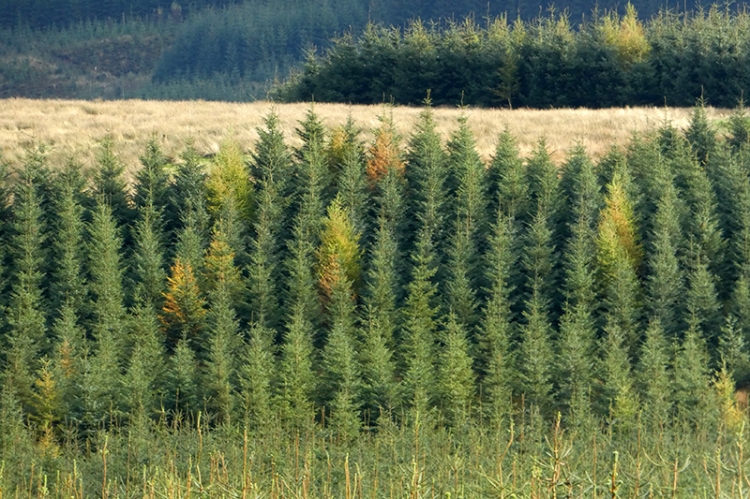 When we had enjoyed the views for long enough, we turned to go back to the car, passing tiny forests of moss and a smooth clump of deer grass….

…and two very interesting patches of something slimy or moldy (or both) on the track.

The track, which was was rather bare and severe when it was first put in a few years ago, has grown into the landscape now and it was a pleasure to walk along it in the late afternoon sunshine. 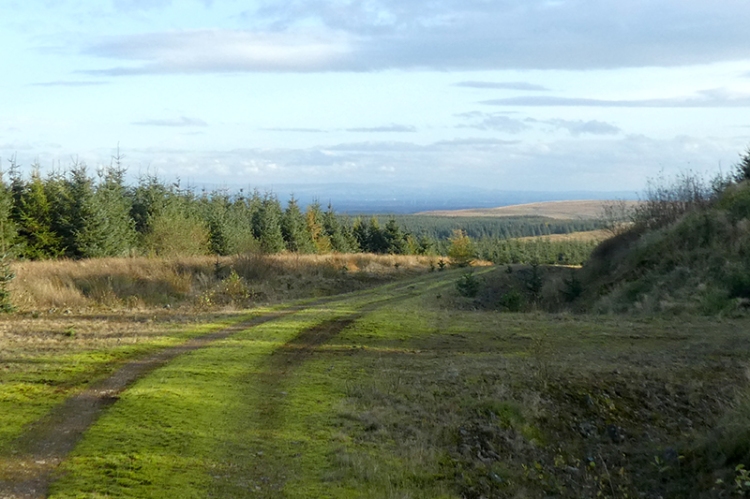 As we turned the corner into the sun, we had the choice of the yellow brick road…

…or the straight and narrow.

We probably didn’t walk much more than three miles at the most but it was a very worthwhile excursion and we felt that we thoroughly deserved our cup of tea and a biscuit when we got home.

We would normally have been in Edinburgh on a Thursday afternoon visiting Matilda but both her parents are a bit poorly and her other grandparents were visiting already so we didn’t feel a visit would really be a good thing.

On our walk, we found ourselves under a fairly busy flight path for a while so the flying bird of the day is a bit bigger than the normal ones.

21 thoughts on “Taking the long view”