Today’s guest picture is another from Simon and this time shows the inside of the covered bridge between Switzerland and Liechtenstein.  I do not know whether the light at the end of the tunnel is in Switzerland or Liechtenstein. 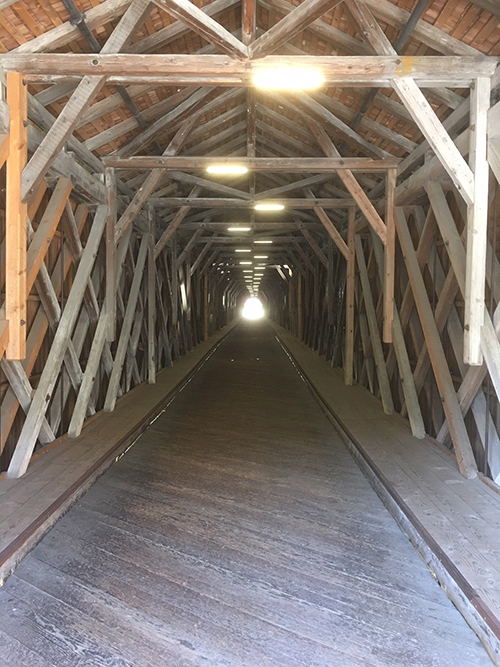 After yesterday’s extremely gloomy weather, we enjoyed a bright and cheerful day today, although it was a bit colder than we have become used to with the thermometer unable to creep into double figures.

As a result I put a pair of gloves on before cycling off to church with Mrs Tootlepedal.  We had a ‘Songs of Praise’ service today with favourite hymns chosen by members of the congregation.  Fifty hymns were suggested and the Worship Team had chosen the eight most popular for the service.  That amounted to quite a lot of singing but as they were tuneful hymns, it was no hardship. 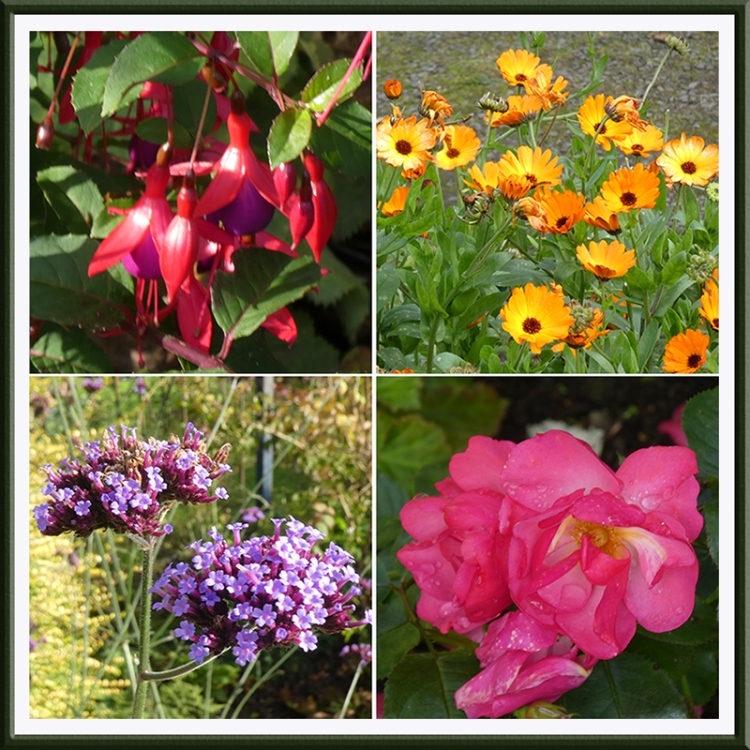 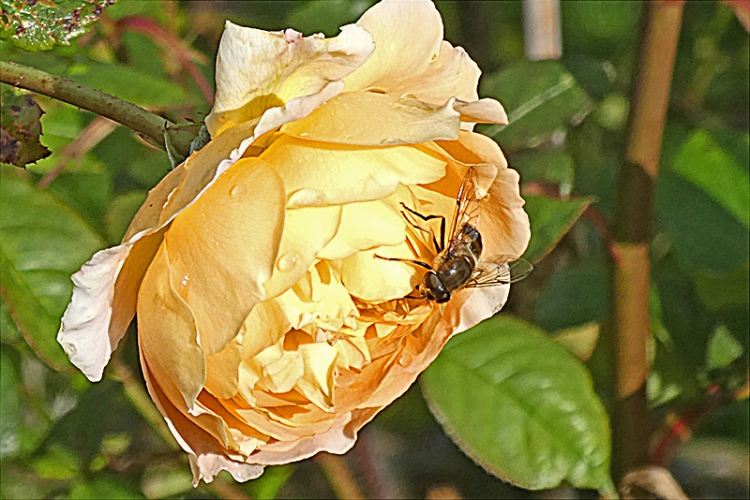 …Mrs Tootlepedal and I set out for a short three bridges walk to enjoy the day.

There is colour about but much of it is already on the ground. 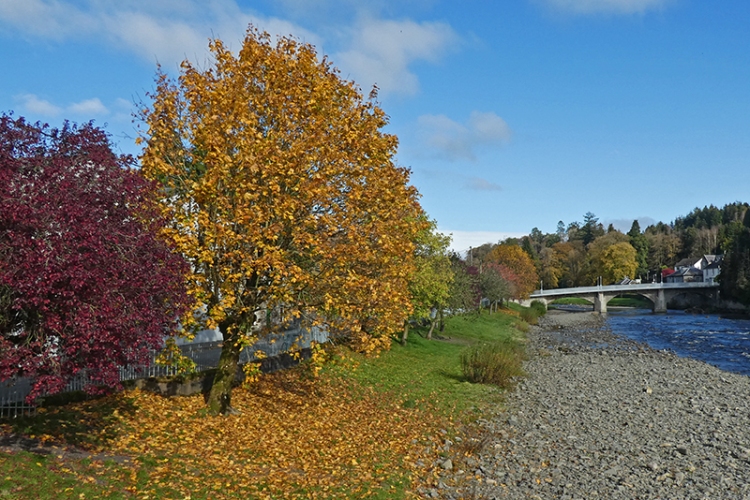 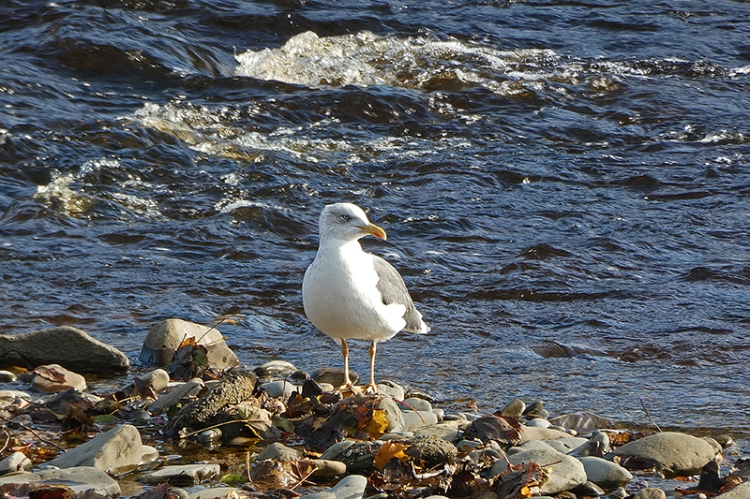 …And as we watched the gull, a flash of blue speeding up the river turned our heads.  A kingfisher had flown past us at speed.  It was far to quick to catch on camera so we walked up to the Town Bridge to see if it had stopped nearby. 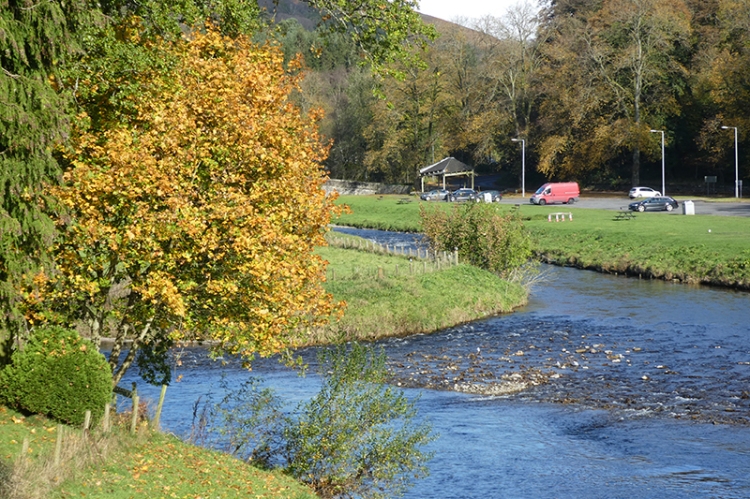 There was no sight of it unfortunately but a look back down the river was quite rewarding. 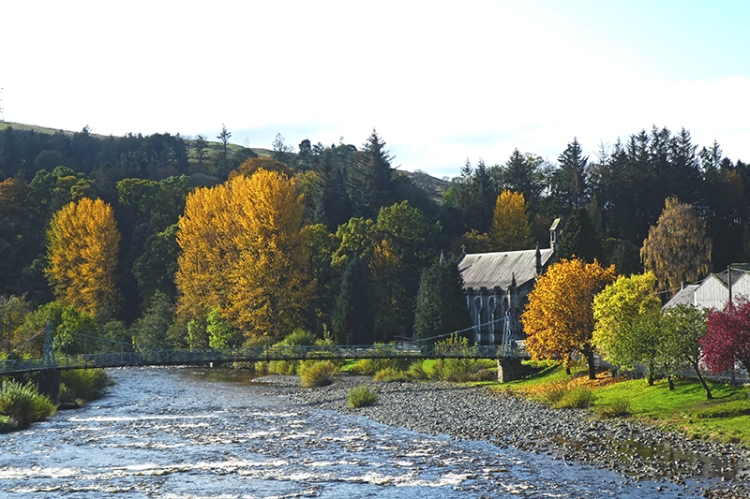 We crossed the bridge and walked down onto the Kilngreen.  It was a good morning for a walk. 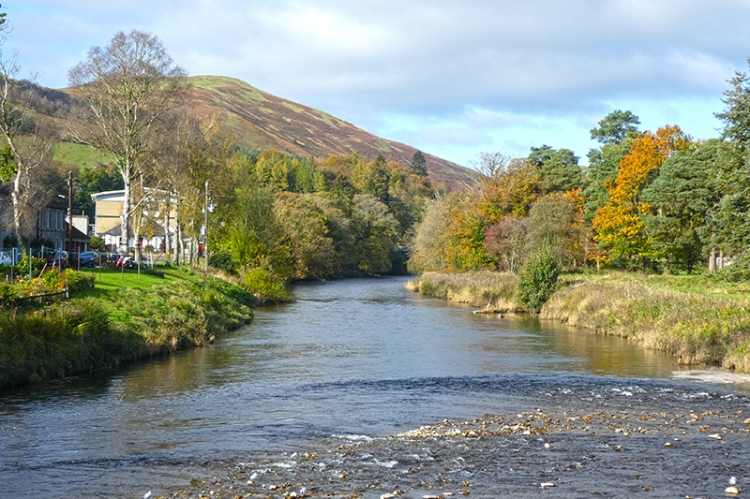 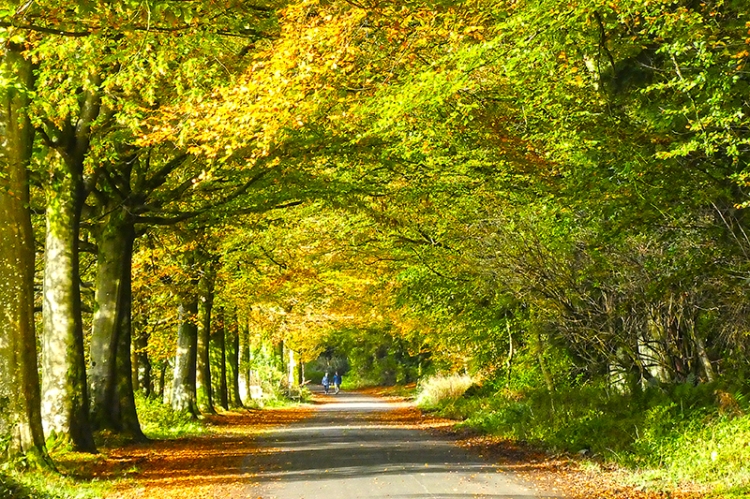 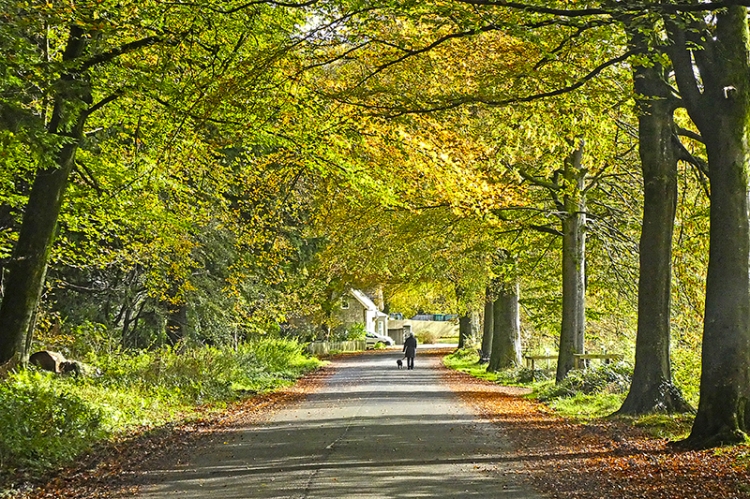 Although we have long thought that the trees along the Lodge Walks are all beeches, looking at the trees on recent walks have shown us that some of them are hornbeams.  Although their leaves  are different to beech leaves, their trunks are so similar that it is not too surprising that we have only just noticed.

There is still no sign of all out autumn colour but the variety of shades among the trees across the Castleholm is still very attractive to me. 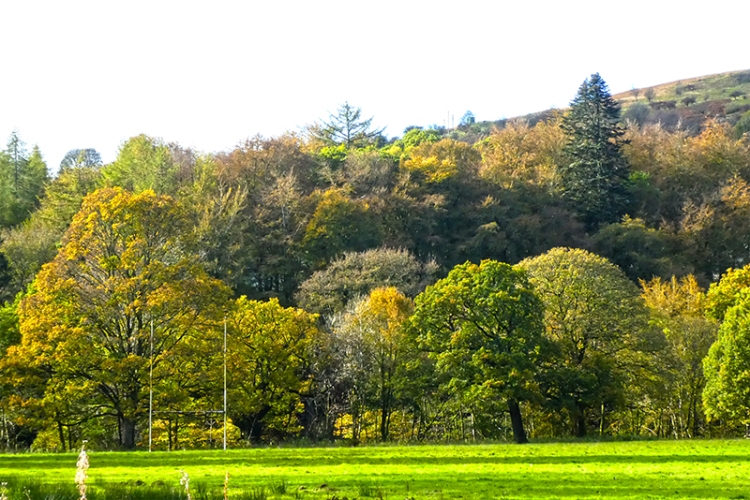 And the felling of the conifer plantation at the far end has made the walk more scenically enjoyable. 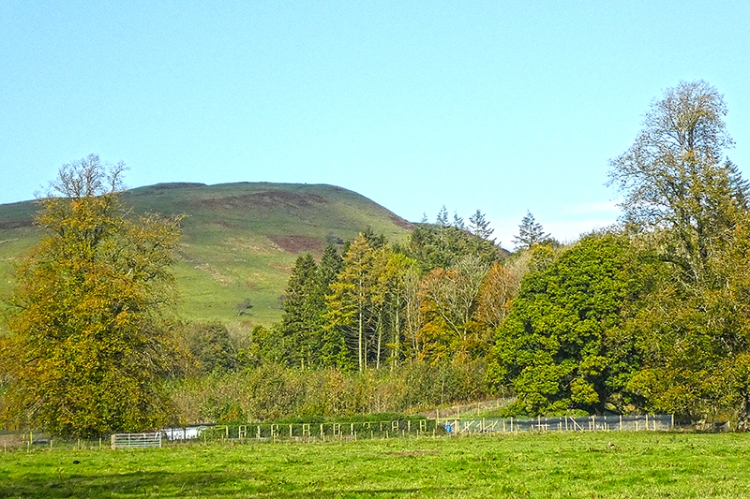 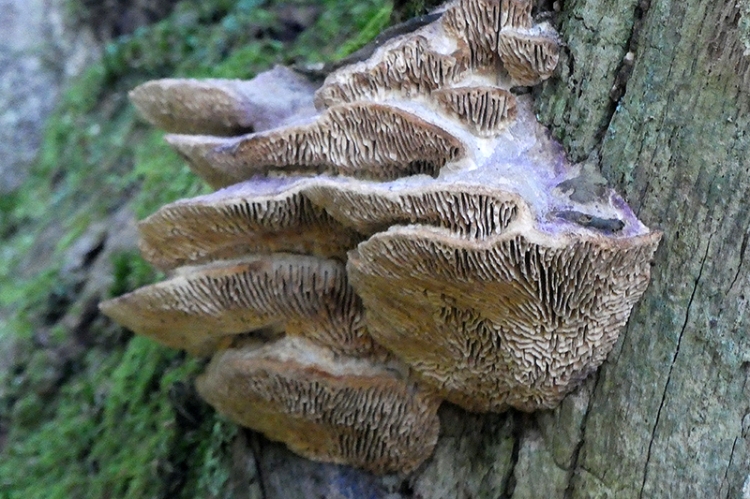 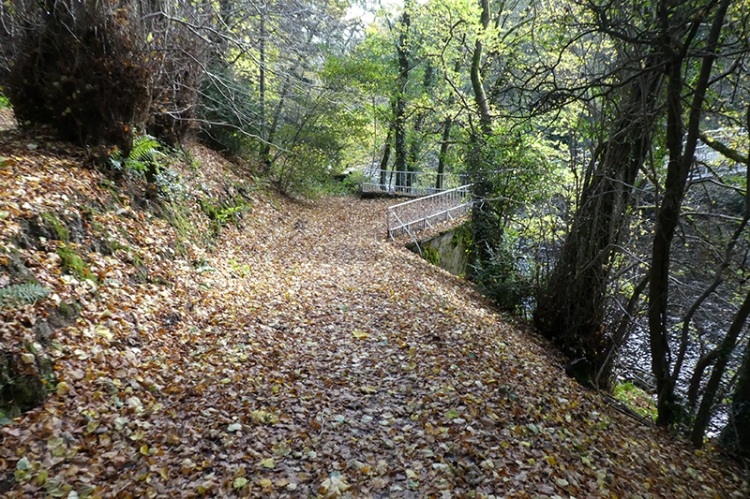 …pausing to enjoy the view from the bridge… 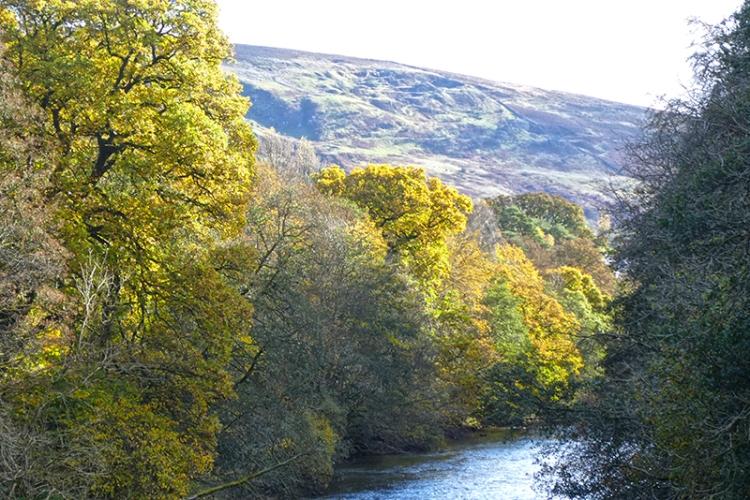 …and also the glint of sunshine on moss covered fallen branches in the dark wood on the far side of the river. 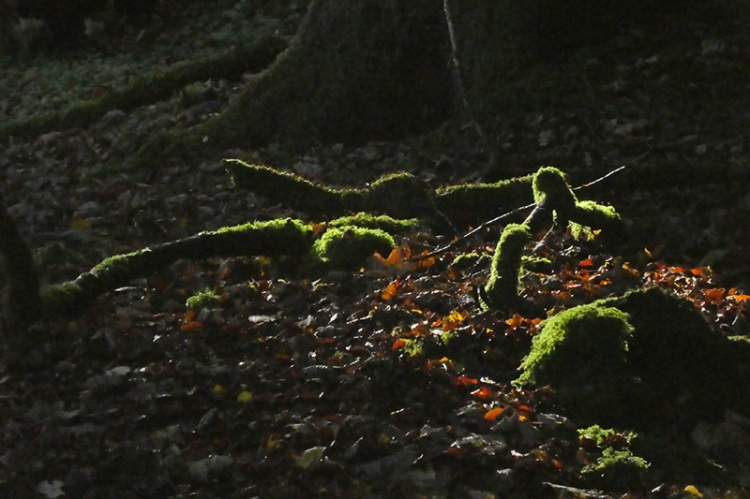 When we got back, I was impressed by how vigorously the Weigela is producing a second flush of flowers after its first flowering in June.  Looking at my records, I see that it also flowered in October in both 2018 and 2017 but the last time before that was in 2011. 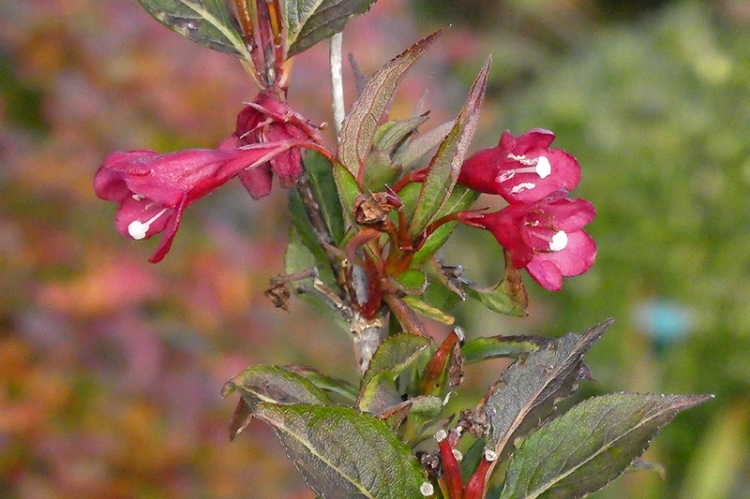 An insect was exploring a rather bedraggled dahlia. 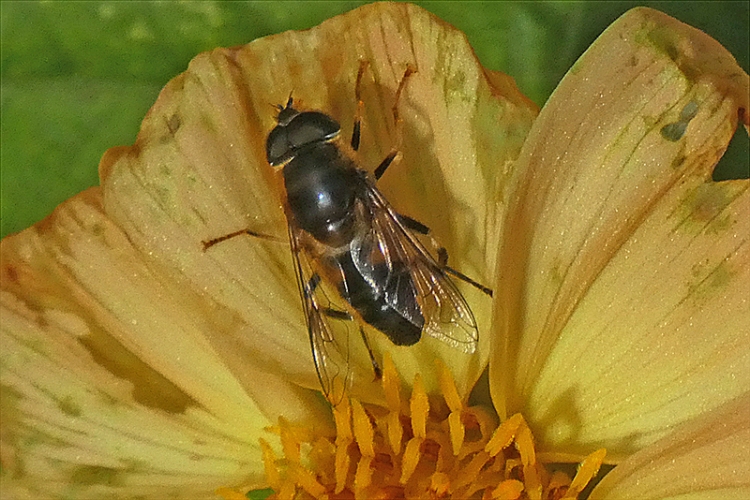 Like the fuchsias in the flower beds, the ornamental fuchsia in the chimney is also enjoying the season. 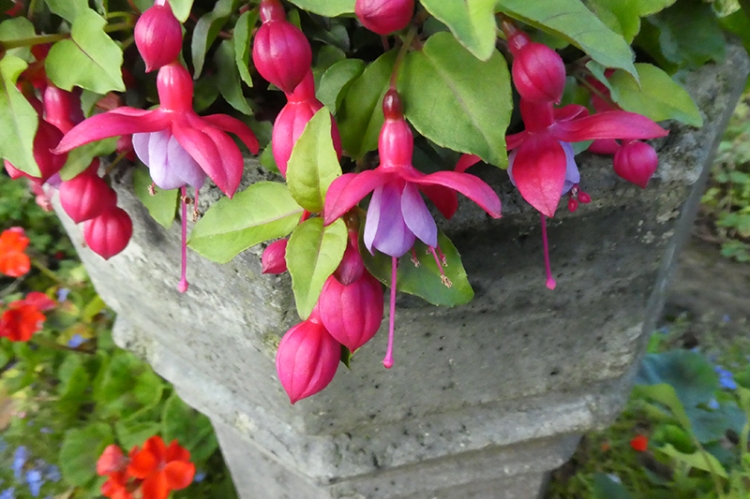 We went in and I made some celery and Stilton soup for lunch which we ate with enjoyment, and then there was just time to sieve a little compost and practise a song or two before we set off for Carlisle and the Community Choir practice.

Our conductor, who is based in Glasgow, has organised a musical weekend for us in the city next week, including a joint concert with one of her other choirs so we had a good solid practice today in preparation for the jaunt.

Not surprisingly after eight hymns in the morning and a good sing in the afternoon, my throat feels as though it needs a bit of cossetting this evening.  Our conductor says there will be even more singing next weekend and we may need a lie down after it.

I had made a pasta sauce in the slow cooker in the morning and we were quite ready for a reviving meal when we got home.   There was a beautiful sunset as we drove back from Carlisle but after the clocks go back next weekend, we will be returning from Carlisle in darkness, a signal that the long winter months will be upon us.

The flying bird of the day, a black headed gull, was asleep at its post and not flying at all..

19 thoughts on “Sunshine and singing”