Today’s guest picture shows a real trouper from Manitoba.  Lucie sent the picture to me and tells me that on the day that she took it,  Manitoba was at -8c, and the little pansy was still going strong despite having been covered in four inches of snow and suffering several below freezing days

We had another frosty morning here but a generally sunny day so after coffee, while Mrs Tootlepedal went off to Carlisle to make some purchases relating to repainting our hallway, I brushed the leaves off the lawns, collected another good handful of fallen walnuts, checked out the floral survivors of the frosts…

…and went for a walk. 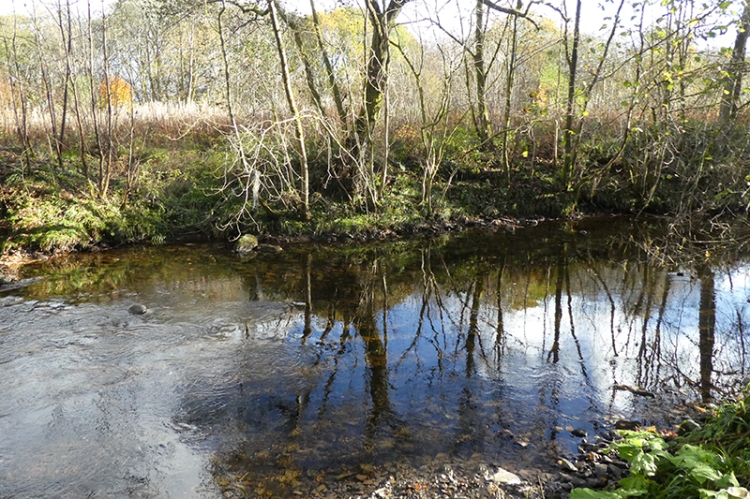 …although we are also well  into the ‘bare tree’ time for taking photos.

As you can see, there are some grey clouds in the background of the picture above and for a moment, a light drizzle threatened to spoil my walk.  It was a false alarm though and the drizzle fizzled out after only a minute or two, and the sun shone again.

It lit up a couple of characters who were as interested in me as I was in them.

The frosty mornings haven’t affected the lichens on the fence post at the Auld Stane Brig.

Why this particular fence post out of the thousands around here should have such a flourishing lichen garden is one of life’s little mysteries.

…and the sun penetrated through the trees to light up the arrival of the Becks Burn into the mighty Wauchope.

I looked across at Meikleholm hill…

…before plunging through the autumn tunnel to the Stubholm and Easton’s walk.

It was definitely autumn in the Beechy Plains…

…but there was still plenty to look at as I went along.

This fine bunch of daisies on the river bank at the park bridge made a cheerful end to my walk.

I made some lentil soup for lunch and Mrs Tootlepedal got back safely from Carlisle in time to have some for her lunch too.

The temperature had risen to 8°C by the time that lunch was over, so I wrapped up warmly and got my bike out of the garage.  I very nearly put it back again when I looked up and saw this. 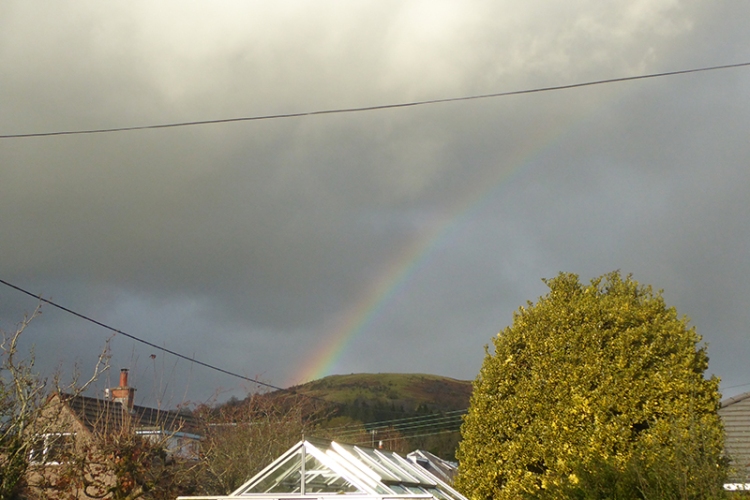 That was the direction from which our weather was coming today.  I checked the forecast and it swore that it wasn’t raining in Langholm so in spite of the evidence of my eyes, I had faith and cycled off up the Wauchope road.

My faith was justified and it didn’t rain on me at all.  In fact it was more or less sunny the whole way.

There were no leaves left on the trees when I passed the Glencorf burn though. 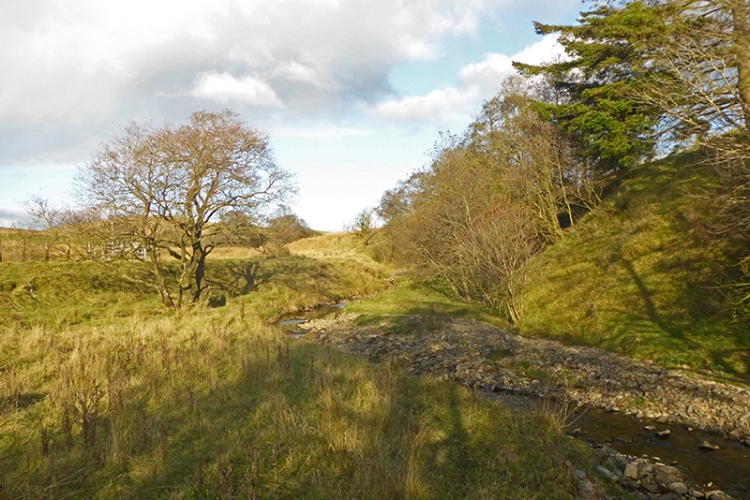 I was doing an out and back ride, so I took this picture at the far end of Callister before I turned back towards Langholm

…and this one at the other end of my ride, where in spite of some impressive cloud formations… 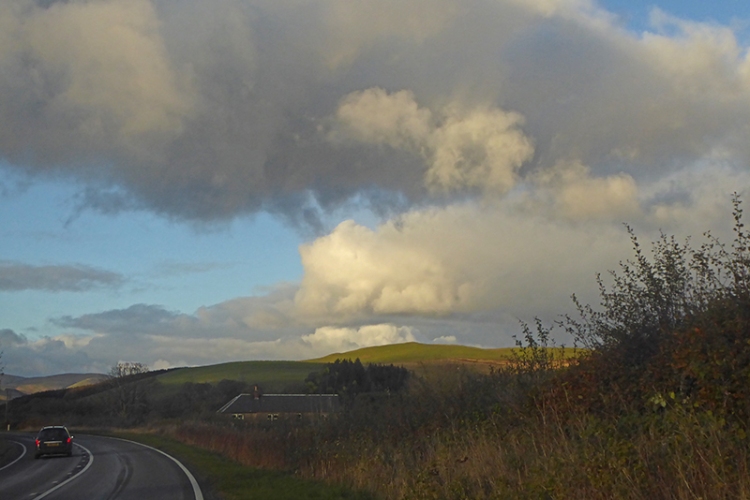 …the top end of the Ewes valley was bathed in sunshine.

When I got home, after twenty gentle miles, I was greeted by these cheerful argyranthemums which had perked up in the sun after being rather droopy in the early morning frost.

Mrs Tootlepedal roasted a chicken for our tea and as I polished off the rest of the tarte tatin as pudding, any calories burned during my cycle ride were more than amply replaced by the evening meal.

Although the feeder has been out in the garden for two days now, no bird has visited it at all while I have been watching, so a dunnock is the standing in as flying bird of the day.