Today’s guest picture comes from my sister Mary who, in spite of some grey weather, went down to the south bank of the Thames yesterday and enjoyed the view.

Here, our recent pattern of chilly mornings but dry days continued, although we didn’t get quite as much sun as we have had recently and as a result, it felt colder in the noticeable north easterly wind.

The bird feeder is failing as an avian magnet and no finches of any sort can be seen in the garden at the moment.  Fortunately, other birds are available and from the number of blackbirds about, it seems that we might be getting the first of our northern European winter visitors.

In the meantime, I spotted some old friends today…

…and much to my surprise, Lilian Austin had waited for the chilly weather to arrive to make her farewell appearance of the year.

After morning coffee, I went off for a walk, leaving Mrs Tootlepedal in decorating mode with some cheerfully coloured paint, acquired at a very reasonable price from a DIY store which is closing down.

I started by going down to the river…. 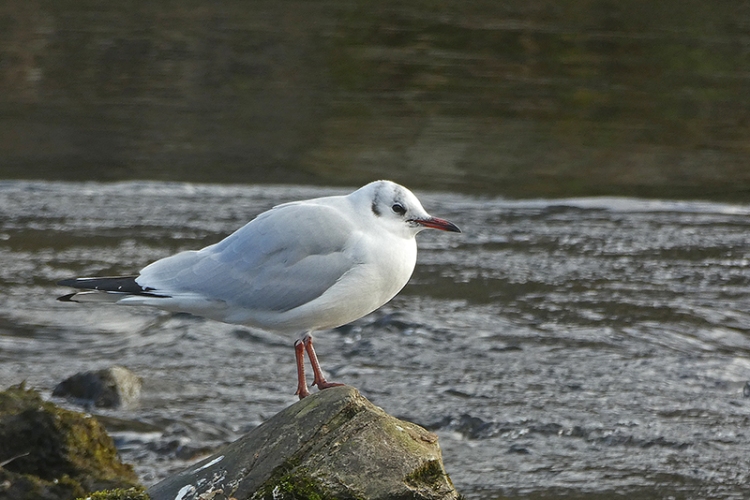 …and then, as the river is low after our dry spell, I walked under the town bridge, looking back down the Esk as I did so.

There was quite a contrast in mood when having climbed up the bank and crossed over the bridge, I arrived on the Kilngreen beside the placid Ewes Water.

I walked over the Sawmill Brig and followed the track that goes along the little escarpment above the Ewes Water, passing the rugby club, a man digging out the ditch beside the track (ready for a certain prime minister perhaps?) and several fine bare trees.

I thought that under the clouds, this one might look well in black and white.

Beside the track, there is a wall and, as always, a wall is an interesting place.

All this wall excitement was within a yard or two.

The clouds passed over as I walked and the day brightened up a bit, showing off the larches on the opposite side of the valley to advantage.

It is not only walls that have lichen.

…which is coming up to a significant anniversary. 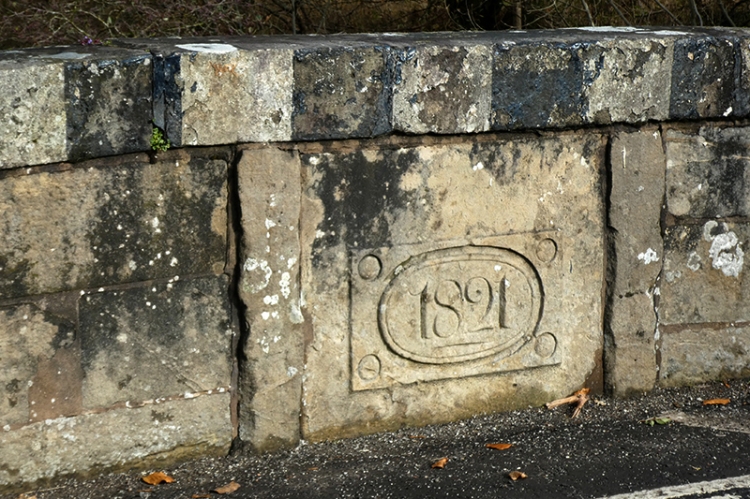 By this time, the sun had come out so I made a little extension to my route by following the track north up the far side of the river once I had crossed the bridge.

In spite of the sun, the day was cool enough for there still to be ice on the puddles in shady spots.

I followed the track until I came to  this rather less substantial crossing of the Ewes Water, which I crossed…

…and then recrossed and retraced my steps back to the main road. 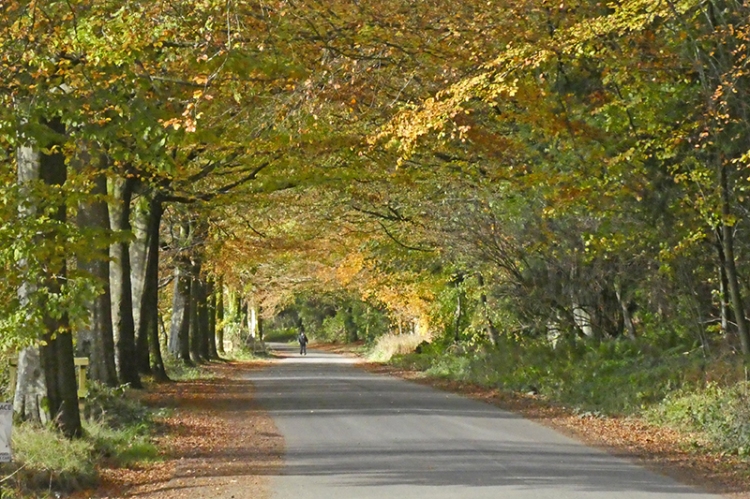 …and I was pleased to find this little crop of fungus beside the Scholars Field after I had crossed the Jubilee Bridge.

Any walk with bridges, fungus and lichen is a good walk but throw in some bare trees, occasional wild flowers…

….and enough sunshine to make me take off my gloves and unzip my jacket, and a merely good walk becomes a really good walk.

I was very pleased to have had the full co-operation of my feet over the four miles of the walk.  My new insoles and exercises seem to be working well.

It was time for lunch when I got home and I quite impressed myself by having enough energy to get my bicycle out afterwards and go for a twenty mile cycle ride.  To be honest, it wasn’t really a twenty mile ride.  It was a ten mile ride which I did twice.

I didn’t want to spend too long cycling directly into the very chilly wind.

The sun only came out for a few minutes in the whole ride, just when I was turning at the five mile mark on Callister, but it was another golden moment…

…and I was welcomed home by a cheery primrose… 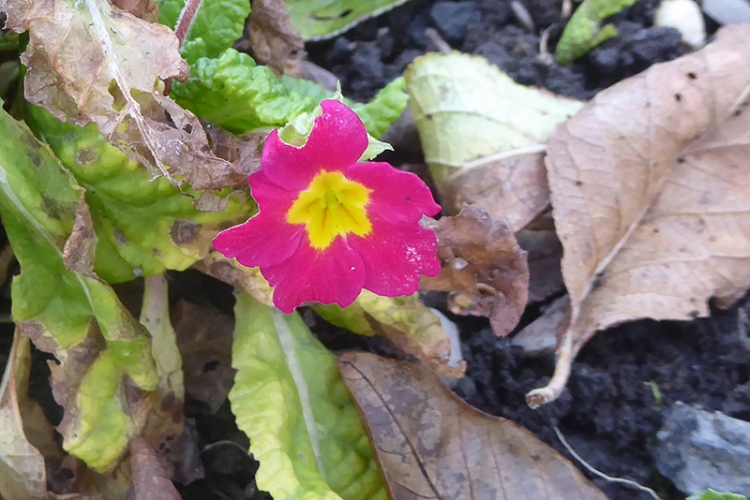 …and Mrs Tootlepedal who had finished her decorating and had cleared the dahlia bed while I was out cycling.  She doesn’t keep the dahlias over winter but will start again from seed next year.  I approve of this as it gives me different dahlias to look at each year.

Yesterday’s roast chicken provided another tasty evening meal today and fortified by this, I went off to sing with the Langholm Choir.

Our conductor was poorly but we have a very good accompanist, and he provided us with an excellent practice in her absence.

That rounded off a day which was firmly inscribed on the credit side of the great ledger of life.

I even found a flying bird of the day, courtesy of the black headed gulls at the Kilngreen. 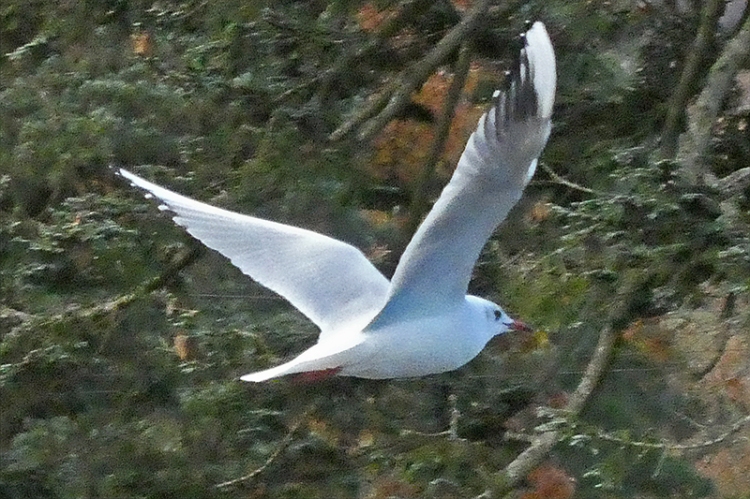