Today’s guest guest picture is another from our son Tony’s trip to Loch Awe with his partner Marianne’s for her birthday celebration.  They certainly had good weather. 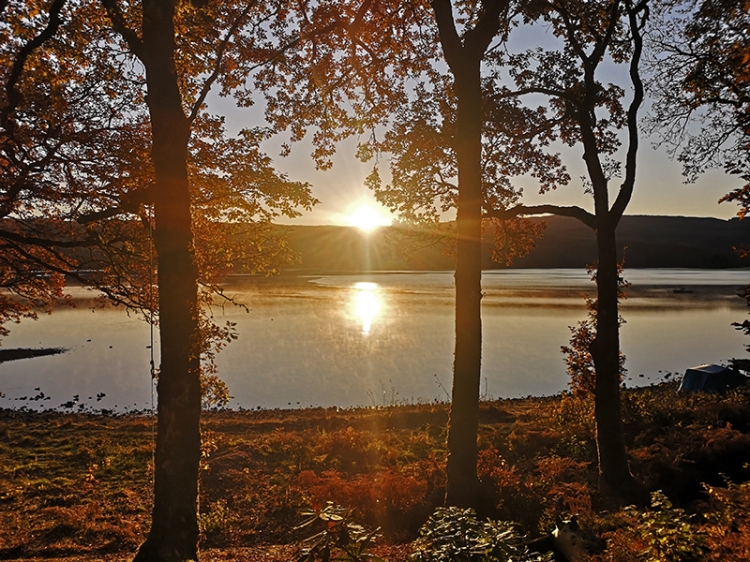 After yesterday’s visit to Edinburgh, we varied things by visiting Glasgow today.  This involved a unusually early rise for me but not for Mrs Tootlepedal who always wakes up long before me.

It was a beautifully sunny if chilly morning when we arrived in Glasgow and after a short train trip on a suburban line, launched from a cave under the main station, we walked up a broad avenue and found ourselves outside this building…

…which may not look very impressive but which houses the Sir Chris Hoy Velodrome.

We were very punctual and got there just before the doors opened and this meant that when we got into the arena, we were greeted by literally scores of cyclists whizzing round the track on their warm up 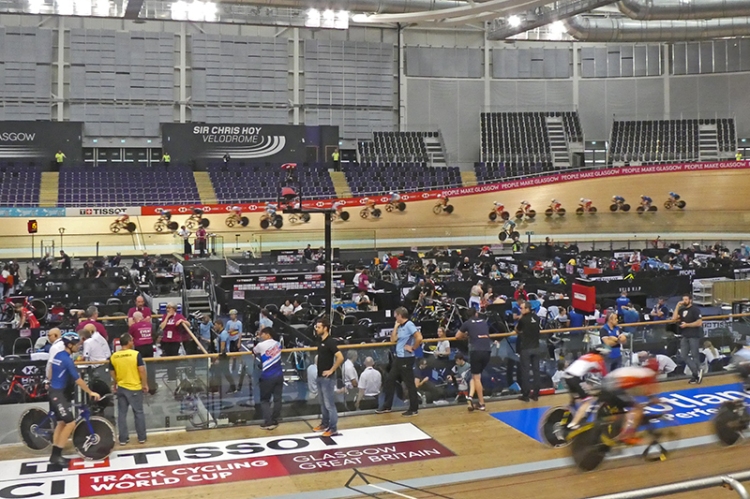 They were going too fast for pocket camera to take proper pictures but there were people practising Madison throws, pursuit teams in lines of fours, sprinters belting round the bottom of the track at great speeds and others just floating about in a nonchalant way.

It was a remarkable sight to watch and it was even more remarkable to our untutored eyes that no-one crashed into anyone else as at times the whole track was full of cyclists. 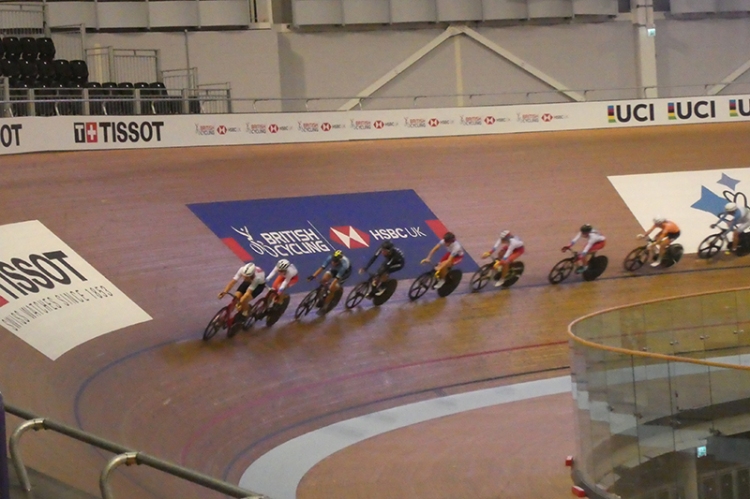 The event we were attending was a UCI World Cup meeting, one of a series of events over the season held in far flung countries.  This wasn’t the most exciting session of the weekend so we were able to get prime seats a few yards from the track and right opposite the finishing line. 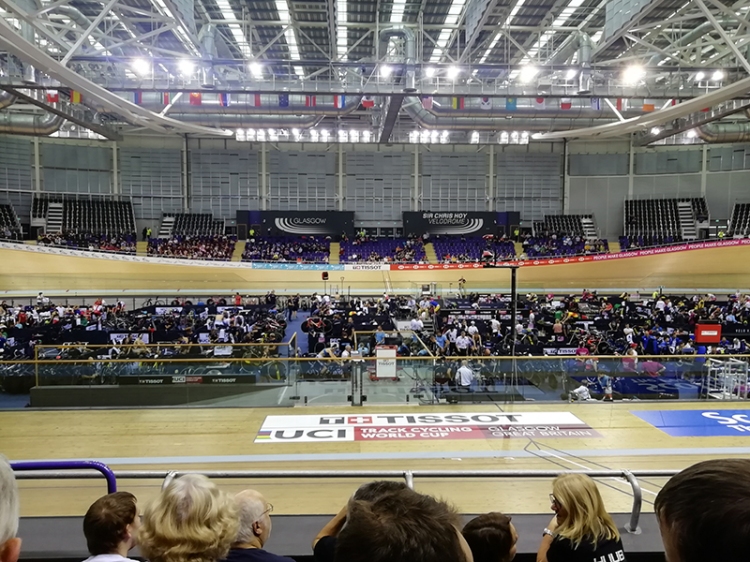 I didn’t have the right camera to make a decent record of the morning as I hadn’t wanted to bring my heavy bird camera with me, so I just took a few blurry pictures to give a flavour of what we saw.

…and cheered loudly when the GB team came on to the track right in front of us.  (They are wearing their European Champions jerseys not the usual GB tops).

There was an army of organisers making the event run smoothly and we liked the team of bike holder uppers who keep the cyclists steady before the start of the pursuit and sprint events. 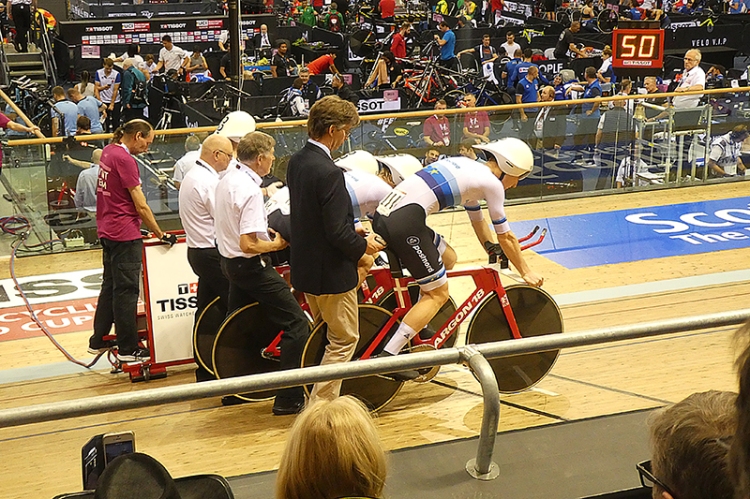 Mrs Tootlepedal was much taken with the snazzy snarling design on the Koga bikes.

I was pleased to see a Lithuanian cyclist called Simona Krupeckaitė in the team sprint.  She is a seasoned and very successful track cyclist for whom I have a special fondness because Hugh Porter, a TV commentator in past years, had such fun mispronouncing her name with relish.

It was good to see her in real life and hear her name pronounced correctly.  She has lost little of her old skill and the speed of her lap in the women’s team sprint had the crowd gasping.

We saw the men’s and women’s team sprint and team pursuit events and several wonderfully determined and skilful paralympic athletes whizzing round the track too. It gives some indication of how interesting this all was when I tell you that we sat  for four houses in the velodrome on plastic seats without a coffee or a snack and still enjoyed ourselves greatly.

…before catching the train back to Carlisle.

We hadn’t booked seats as we didn’t know when the session would finish but there were plenty of seats available and we had a good trip back.  Railways are back in our good books.

The little Zoe took us back home where we had a meal of scrambled eggs and were able to watch the evening session from the track on TV.

Quite often TV gives the watcher a better view of an event than a spectator at the venue can get, but having tried the real thing for the first time, we now realise that the TV can’t convey the excitement of seeing cyclists whizz past you at 60 kph.

If we get the chance, we will go to another event either in Glasgow or Manchester and try to go to a session where there are mass start races.

21 thoughts on “Going round in circles extremely rapidly”