Looking through my files. I found that I had overlooked this guest picture sent to me by my sister Susan last month.  It shows the good work of a guerrilla gardener who is brightening up her neighbourhood. 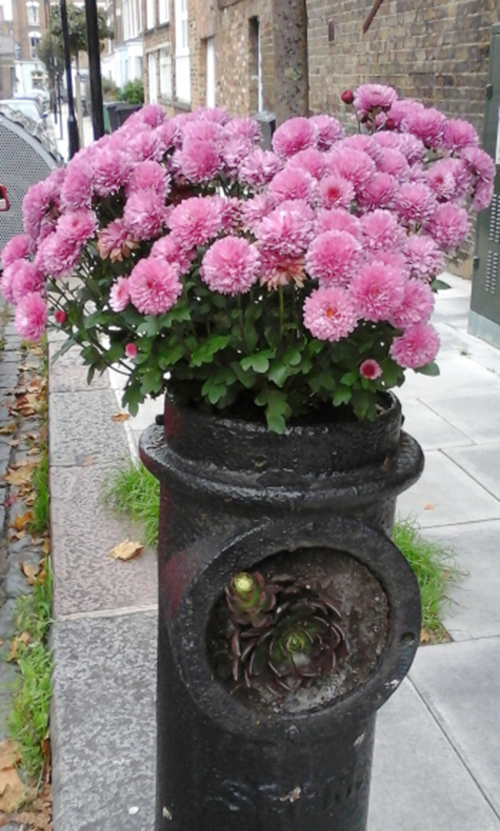 After spending some time devoted to the essentials of life, reading the papers and doing the crossword, I felt the need for some novelty and went off to visit our corner shop to buy milk.

“Where is the novelty in that?” I hear the attentive reader cry.

Well, in a deeply unsettling event, our corner shop, which has been on a corner about 100 yards from our door for decades, has suddenly upped and moved 150 yards further away, round a corner and down the road.  It is now a quarter of a mile away and not on a corner any more.  The world has shaken on its foundation.

I managed to find it without too much of a problem.

When I got back though, I needed a coffee to settle my nerves.

After coffee and a few ginger biscuits, I felt that the lack of actual rain outside on a very grey day justified the putting on of cycling gear and getting out my bike.

As I was going out of the door, I passed Mrs Tootlepedal coming in.  “It’s just starting to rain,” she said.

Was I discouraged?  Well, I was a little discouraged but the rain was light and the day was reasonably warm so I pedalled off in good spirits, helped by having a friendly wind pushing me along.

I managed to last for twenty miles, pedalling up the top of Callister and back down to the town, and then up as far as  Wauchope Schoolhouse and back so that I was never too far from home in case the day turned nasty.  It rained pretty well all the time, but generally so lightly that it wasn’t a drawback to enjoyment.  It was wet enough for me to keep my camera in my pocket until just outside Langholm, I came across a small river of fungus flowing down a bank beside the road.

I had never seen fungus there before so I stopped for a look. 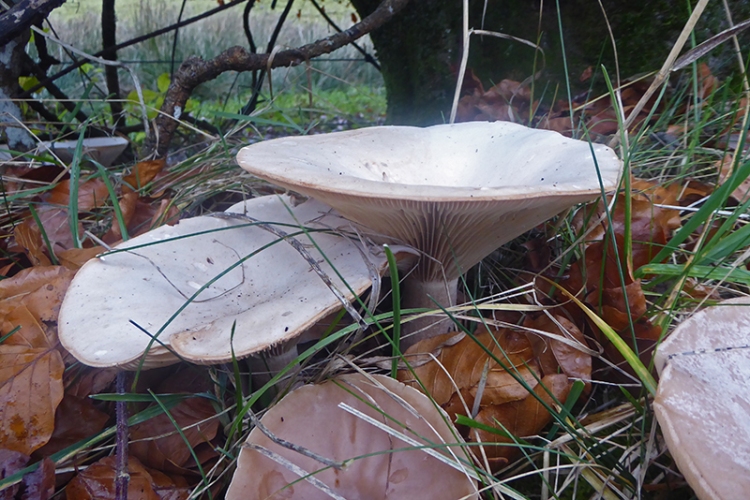 When I got home, I was just about to have some soup which Mrs Tootlepedal had made while I was out, when I thought that I saw two robins in the plum tree.

I took two pictures with my cycling camera.  Whether they were of two different birds or the same one on two different branches, I cannot say for sure.  This one looks familiar…

…but this one has been ringed and is certainly not our usual friend. 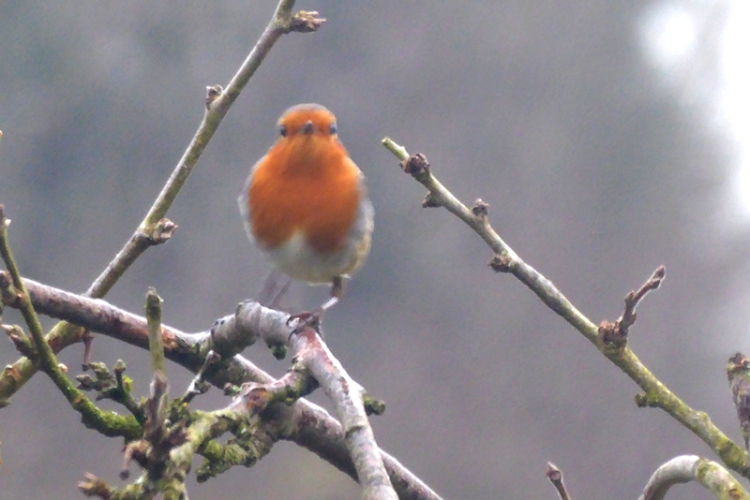 The day got greyer and greyer, if that was possible, so photographing birds through the window was a bit of a thankless task, made harder by a distinct lack of birds. (I blame encroaching cats among other things.)

I did see some birds enjoying our sunflower hearts, among them this chaffinch, who like me had been getting a little wet…

…and this goldfinch who apparently wasn’t enjoying the meal as much as it might.

I did catch another glimpse of a robin, this time lurking under a hedge. 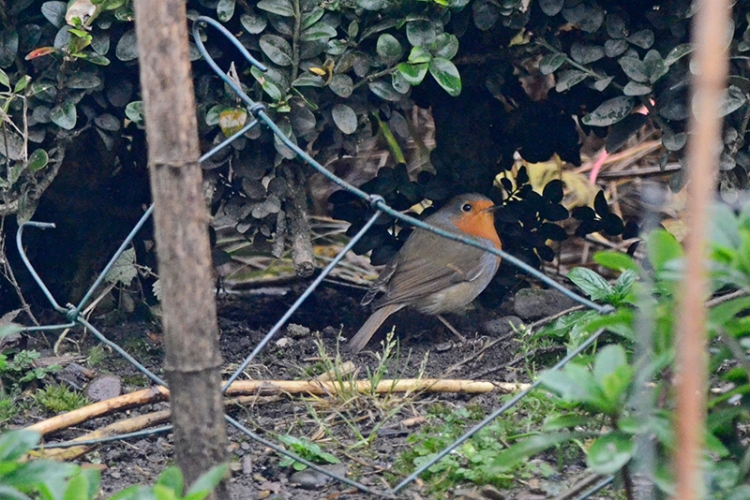 I put a grey afternoon to good use by practising some of our Carlisle choir songs and Mrs Tootlepedal and I were singing away when Mike Tinker dropped in for a cup of tea.

When he left, I lit a fire in the front room and got ready for the arrival of my flute pupil Luke.  He has been practising a bit in a most satisfactory way and I will definitely have to work hard to keep up with him.

I thought that today might be as grey as it could get but it looks as though it is going to be even greyer tomorrow.  Flying birds might be in short supply.  This ‘just landed’ flying bird was the best that I could do today.