Today’s guest picture comes from our son Tony and shows the sun shining in East Wemyss.  He tells us that it does rain too and you can indeed see a puddle in the picture.  He tells me that his phone does the rather dramatic editing without being asked.

A brief blog today as there was little opportunity for taking photographs in the continued absence of any birds in the garden.  This is very strange.

We went to Edinburgh as we usually do on a Thursday but this time, we added another family member to our collection and had lunch with our elder son Tony and his partner Marianne.

We were very pleased to get to Edinburgh at all as the railway company that runs the trains through Lockerbie reached new depths of incompetence today and having cancelled two early trains through a train fault and driver shortage, then had to close the line entirely south of Carlisle because the overhead lines had collapsed.

We drove the forty miles to Tweedbank instead and caught a slow (but more reliable) train to Edinburgh from there.  Luckily the weather stayed calm and dry and the traffic was light so the drive up was  a pleasure and the drive back in the dark was no great hardship.

It was Tony’s birthday today so we stood him lunch and bought him a nice steak for a birthday meal when he got home. He wants to point out that he is not fifty yet.

Our transport woes for the day weren’t quite over because after our meal with Tony, the bus we were travelling on to get to Matilda’s broke down and we had to change to another one.  We got there in the end though and enjoyed lending a helping hand in the completion of not one but two jigsaw puzzles.

Matilda had taken part in the annual show put on by her dancing school last Sunday and someone kindly took this lovely picture of the dancer prepared for action. 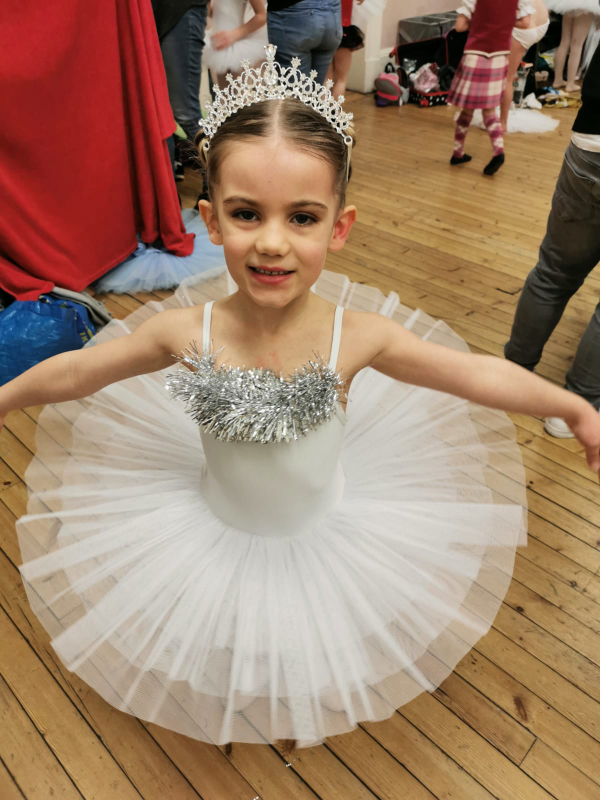 The show went very well and Matilda was presented with a rose for being the most improved pupil in the ballet class.  She was modestly proud.  We were very proud.

The forecast says that we might see some sunshine tomorrow so I am hoping that it will be warm enough for a bicycle ride.,

The only bird in the garden that I saw before we left for Edinburgh was one of our resident dunnocks.  This is the second day running that a dunnock has had to stand in fro the flying bird of the day. 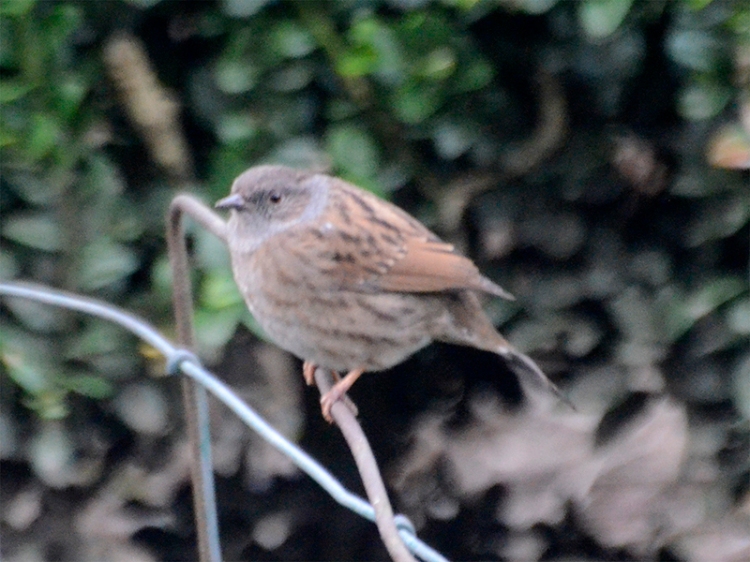 35 thoughts on “A birthday and a puzzle”