Today’s guest picture comes from a Welsh correspondent Keiron.  He saw this fine tree in Ystradgynlais a day or two ago and thought that I might like it as I am fond of trees.

It was a sunny day here today, but as it was also freezing when we got up, we were in no hurry to get the active part of the day going and sat and read the papers after breakfast until it was time for coffee.

The birds were not very active either, and the only birds that came near the feeder in the morning were a pair of chaffinches.

Stimulated by our cup of coffee, we leapt gently into action and went for a walk.  We did think of a drive to a start point but we couldn’t think of one which we both fancied so we settled for the walk from the town up the River Esk to Potholm and back again.

We had done this walk three weeks ago an a very gloomy day so this time we decided to go round it in the opposite direction, starting by crossing the river by the Langholm Bridge.

There were plenty of gulls to be seen on the river when we looked from the bridge….

…and I had my bird camera with me, so we stopped for a moment to enjoy the black headed gulls in flight and on the ground. 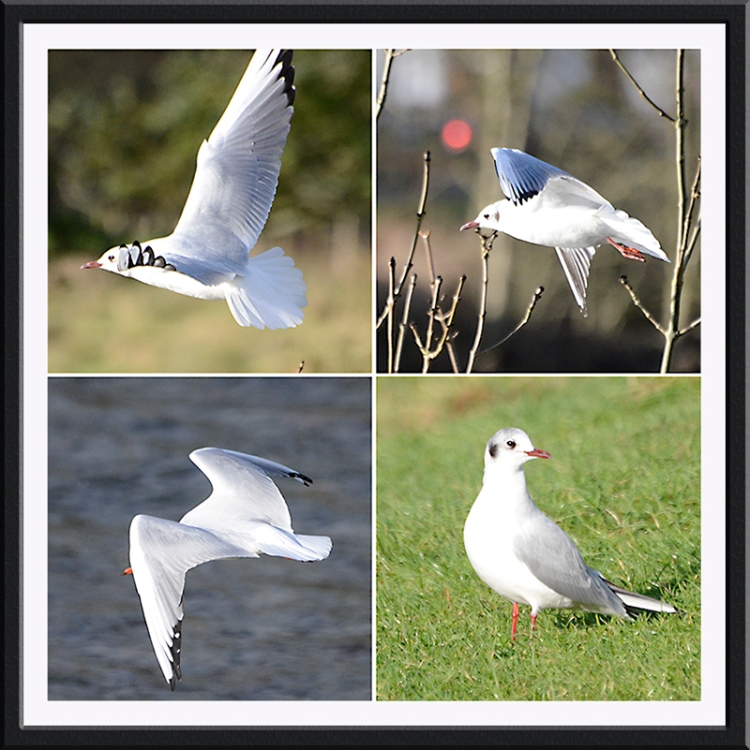 It was a grand day for a walk, and if you could get out of the chilly wind, there was even a hint of warmth from the sun.

Although we were walking a familiar route, it didn’t stop us enjoying the sights as we went along through the woods… 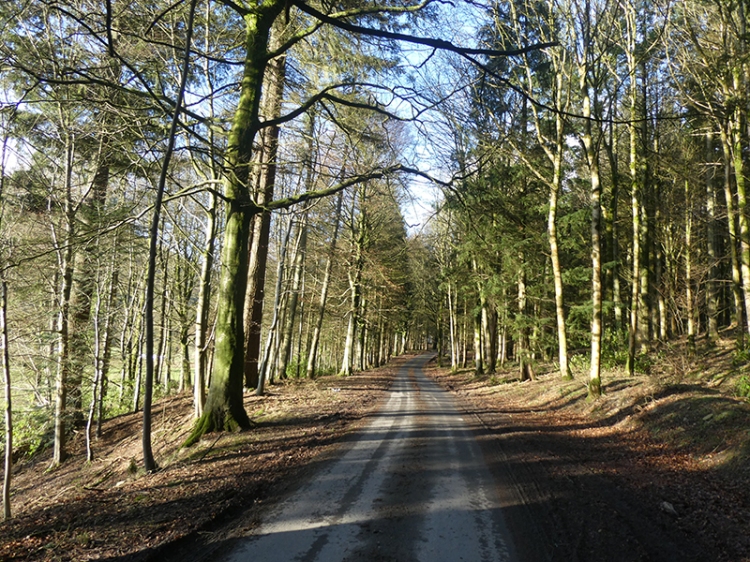 …and past tree plantations.

The views up the valley were delightful in the sunshine.

Rather to her surprise, Mrs Tootlepedal had read recently that beech tree leaf litter is slow to rot and does not contain much in the way of useful nutrients  and with that in mind, the clear ground under the beech trees which we passed was explained. 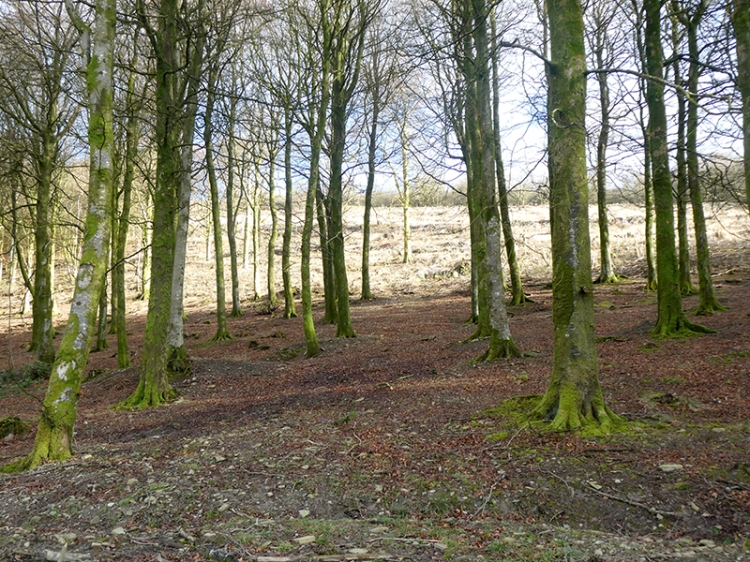 I have always liked the openness of beech woods but I had never understood that the beech leaves themselves were probably suppressing the competition on the forest floor.

There was not a lot of fungus to be seen but I liked this colourful clump on a tree stump at Potholm.. 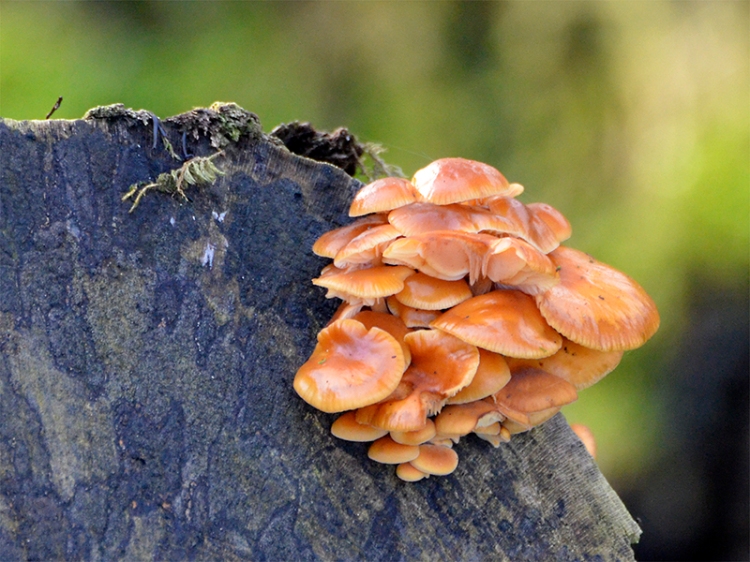 …and this pale outbreak on a growing sapling near by.

As I had my bird camera with me, we kept an eye out for buzzards on the way.  The sharp eyed Mrs Tootlepedal spotted quite a few, but they were circling high in the sky and my 300mm lens could not get very close to them.

At one time, we could see five at the same time, but all them out of range.

A robin in a tree at Potholm as we came down to the bridge was more co-operative and sang loudly to make sure that we didn’t miss it. 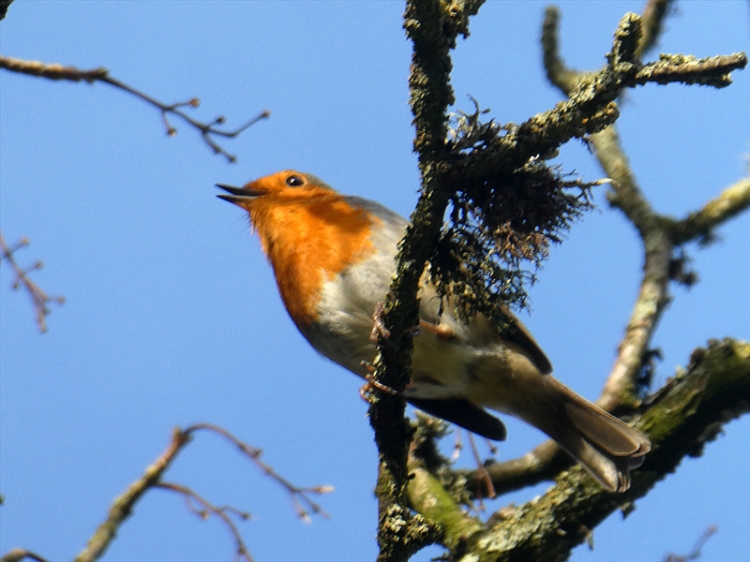 On the bank below the robin, snowdrops were talking about spring.

We stopped at the bridge for a small snack… 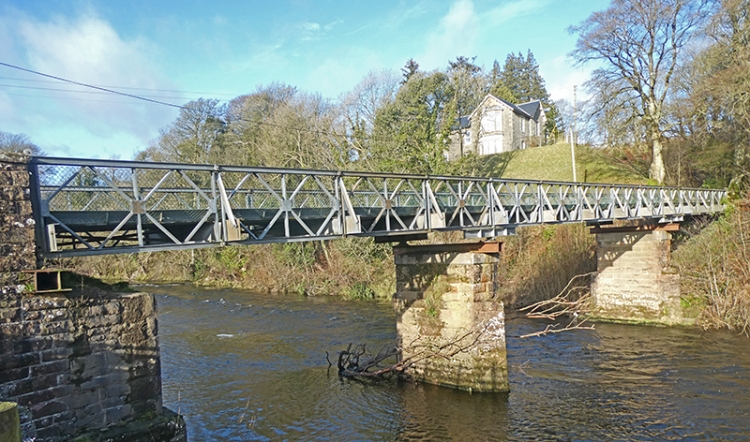 …and then we headed homewards along the road.  The fields were astonishingly green.

A  young cow regarded us with curiosity.

And the wall beside the road offered a feast of lichen. 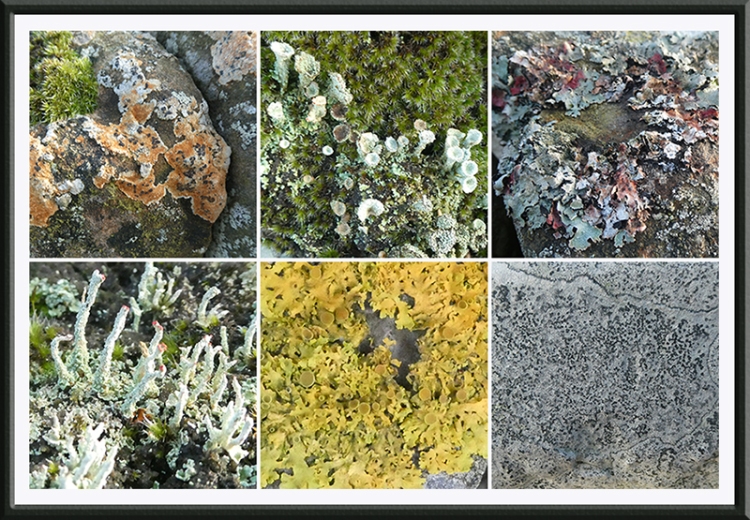 At the end of the Potholm road, we joined the main road back into Langholm.  It is lined with concrete posts which hold the metal bars which stop errant cars falling down the steep slope into the river below.  Two of the posts caught my eye.

One of the Kilngreen gulls is the flying bird of the day,

28 thoughts on “Going the other way”