Today’s guest picture comes from a member of the Archive Group.  Joyce enjoys visiting Bermuda where her husband was born, and who can blame her when the views are like this?  That is a spider lily in the foreground. 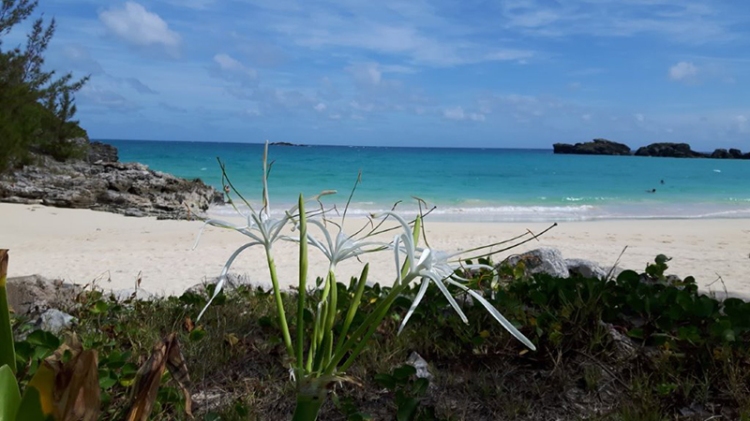 After an active day yesterday, I was happy to while away another grey morning with breakfast, coffee and the crossword merging almost indistinguishably into each other.

There weren’t many birds to distract me.  In fact these two siskins were the only ones that I saw on the feeder all morning. 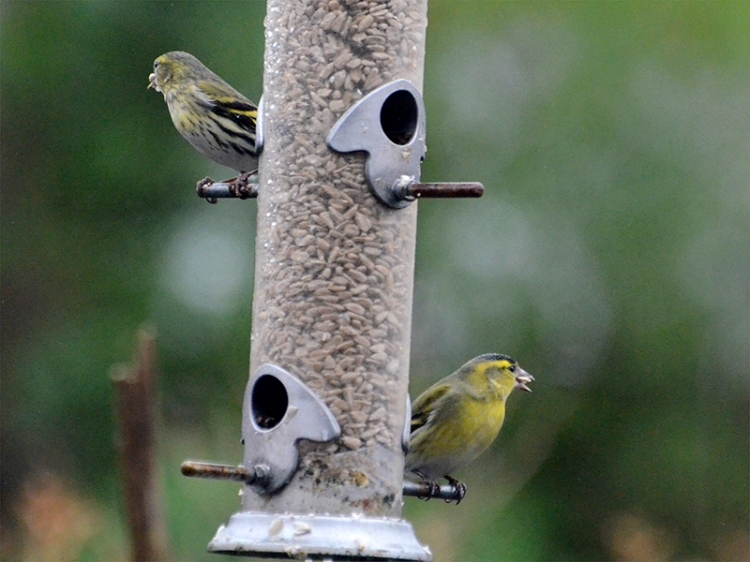 We had to rouse ourselves at noon though, as it was the day of the annual lunch of the Archive Group.  I had very carelessly missed this event last year as the sun shone and I got so excited that I went for a cycle ride instead of going to the lunch and completely forgot about it.

I was reminded about that quite a few times today.

We had set several alarms to remind me about the lunch today and walked across to the Eskdale Hotel with Sandy who was passing our gate as we left.

There was a good turn out of  members and partners and we enjoyed some good food and conversation, although we were distracted for a moment when someone saw a lion roaming about the street outside the hotel. 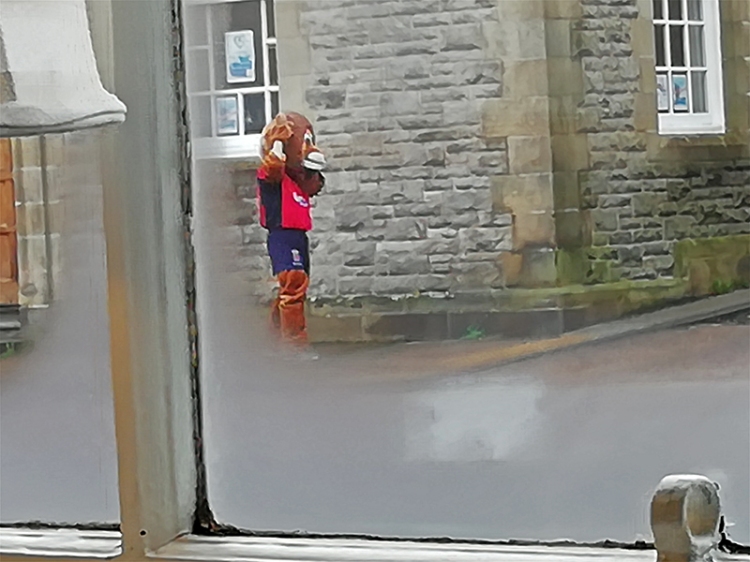 It turned out to be taking part in a video shoot to publicise the rugby club so we weren’t too alarmed.

After lunch, we returned home for a snooze in front of the horse racing on the telly but then, alerted by another alarm, we drove up to collect Sandy and went down the road to Longtown with him.

When we had passed through the town yesterday on our way to not watch a film, we had noticed what seemed like a possible murmuration of starlings so we thought that we ought to investigate this further.

As soon as we parked, we could see a lot of starlings overhead… 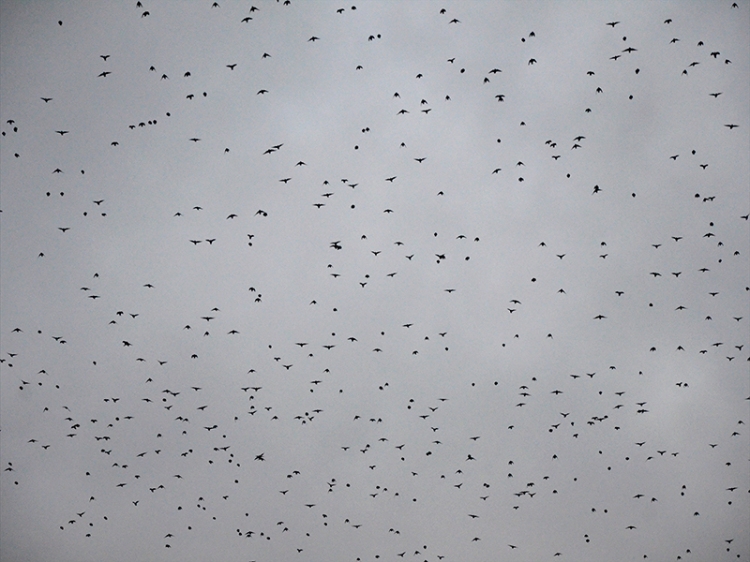 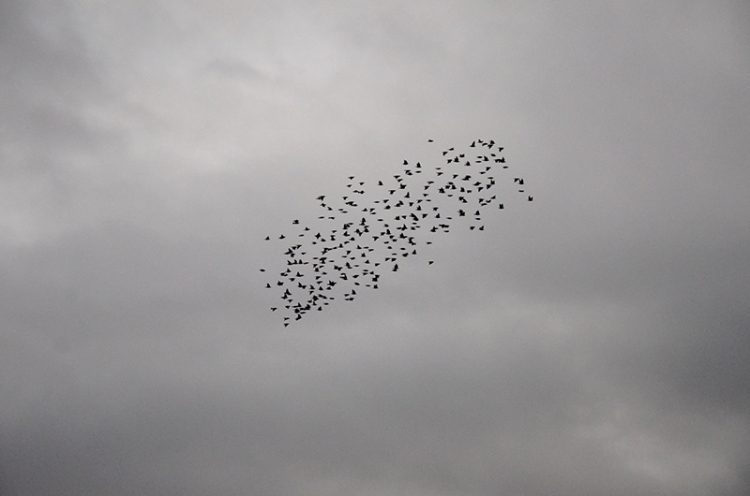 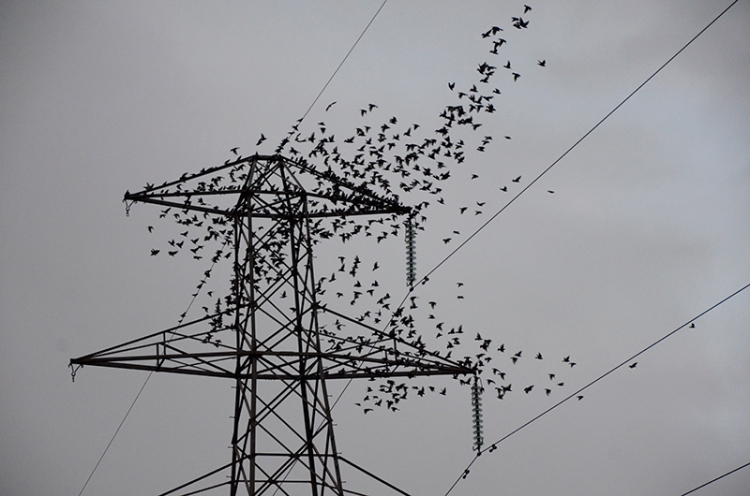 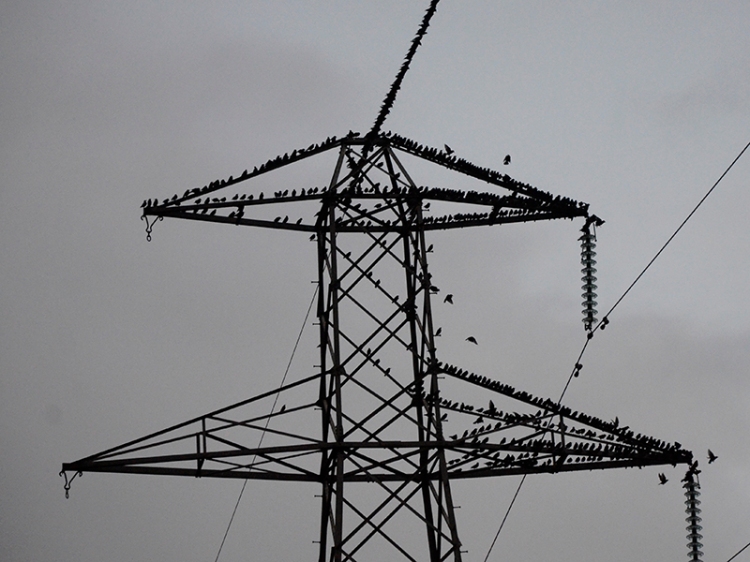 After a while, there were signs of action on all sides. 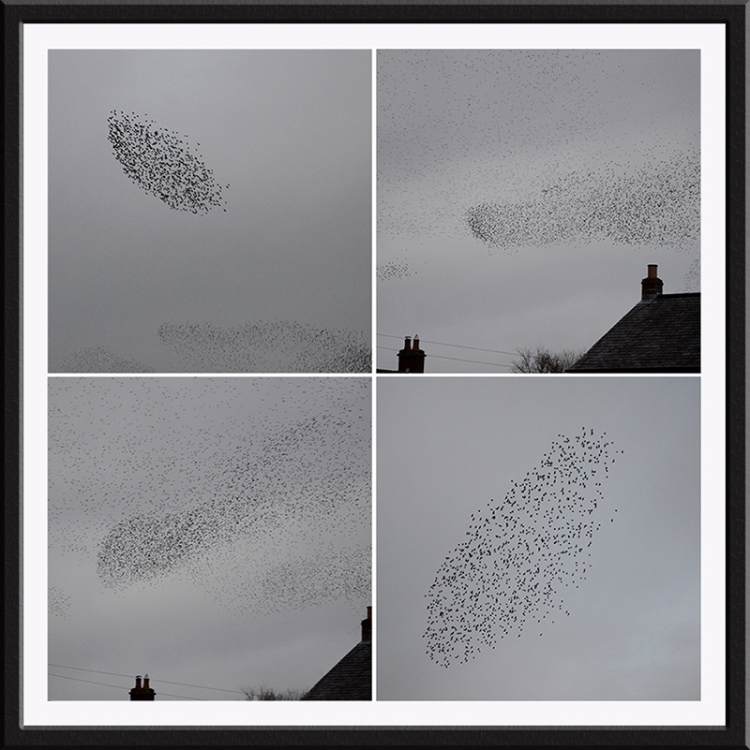 In our experience of the murmurations at Gretna in past years, the starlings gradually gather into one huge flock but at Longtown today, they stayed stubbornly in many smaller groups.

There were one or two larger groups though and one of them gathered over the High Street. 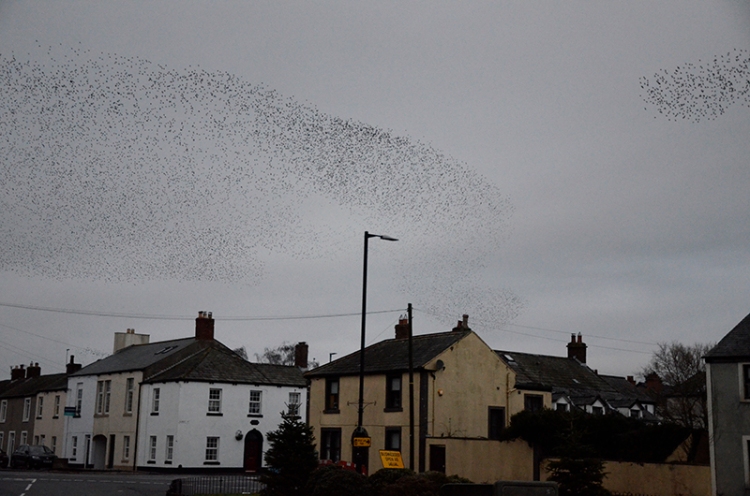 There weren’t enough in the group to produce the striking patterns that photographers hope for but some good shapes did form and dissolve. 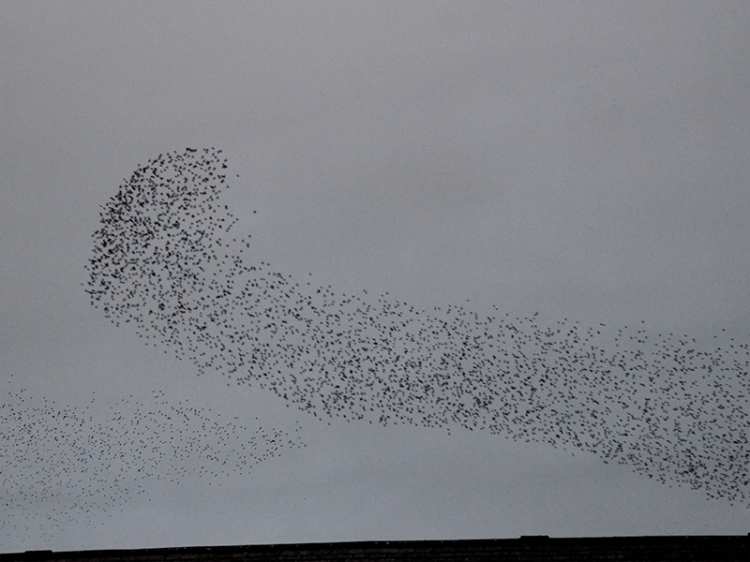 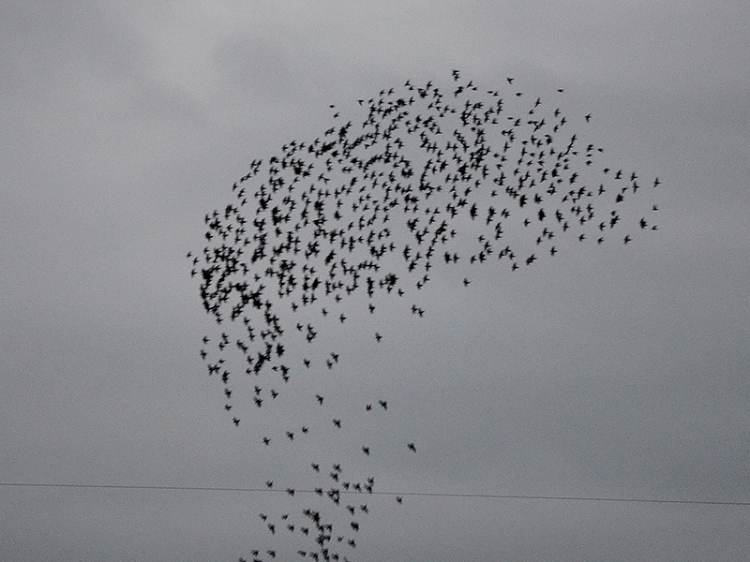 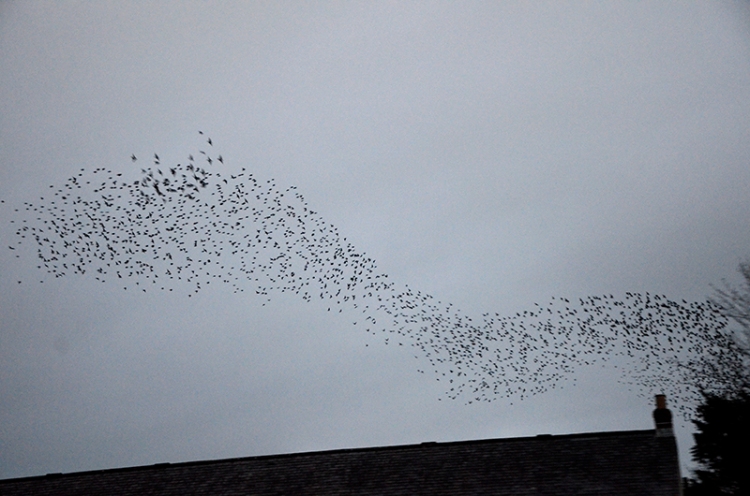 Things did not develop as we hoped and we could still see many separate groups of birds in almost every direction when we looked around.

It was a very cloudy day and it soon got quite dark as the street lamps came on. 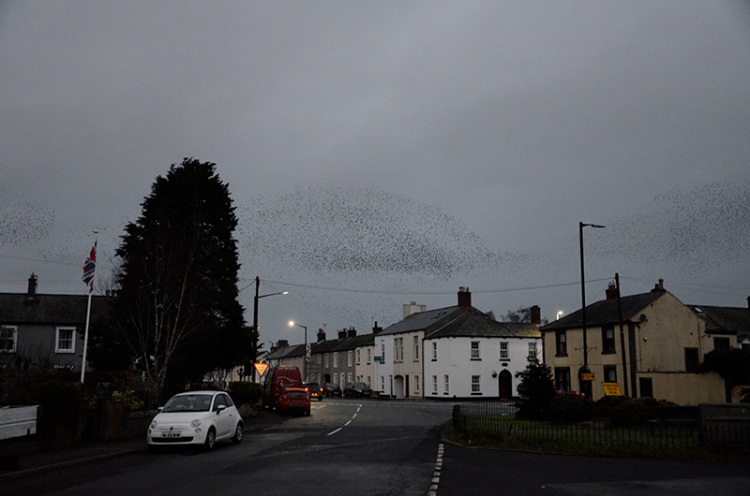 All the same, it was great fun watching the starlings above the roofs getting ready to go to their roost and I took a lot of pictures in the gathering gloom.

A few more birds did join the crowd… 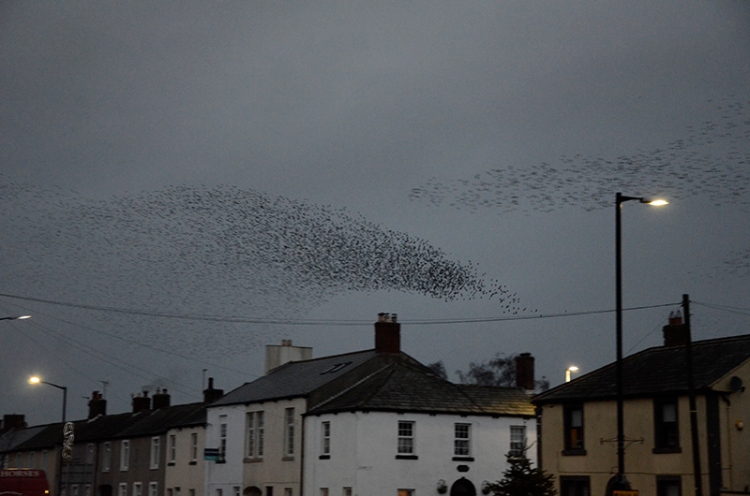 …and it became quite an impressive collection… 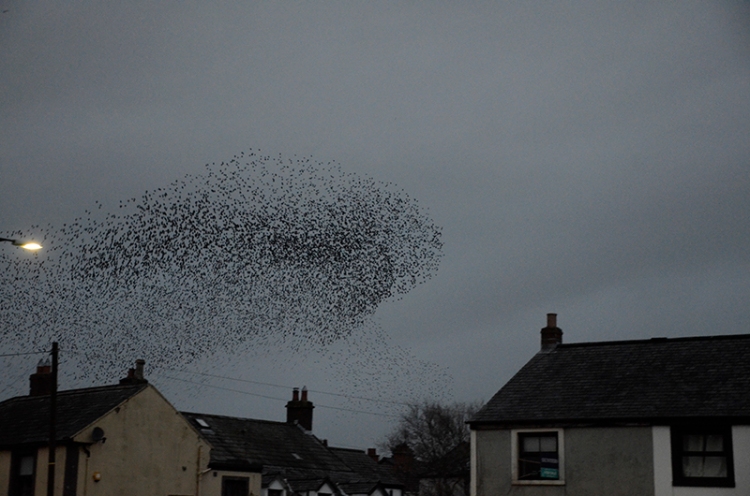 …swooping and swerving above the houses. 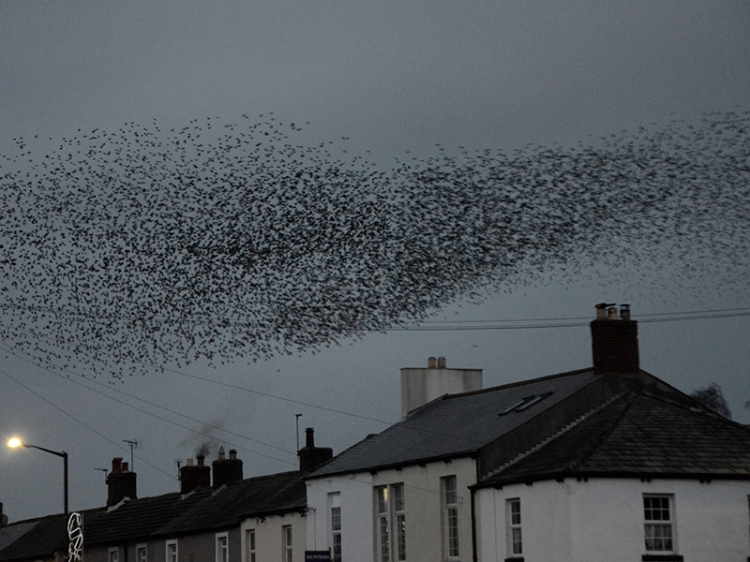 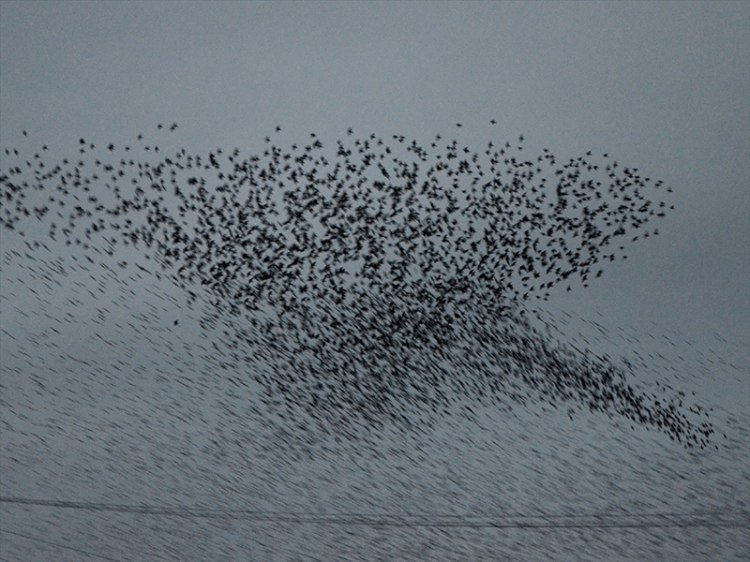 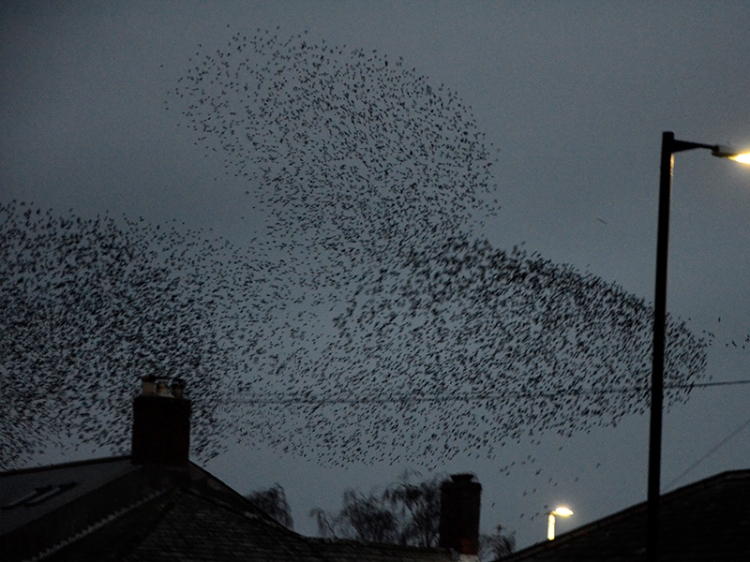 …or a dove of peace… 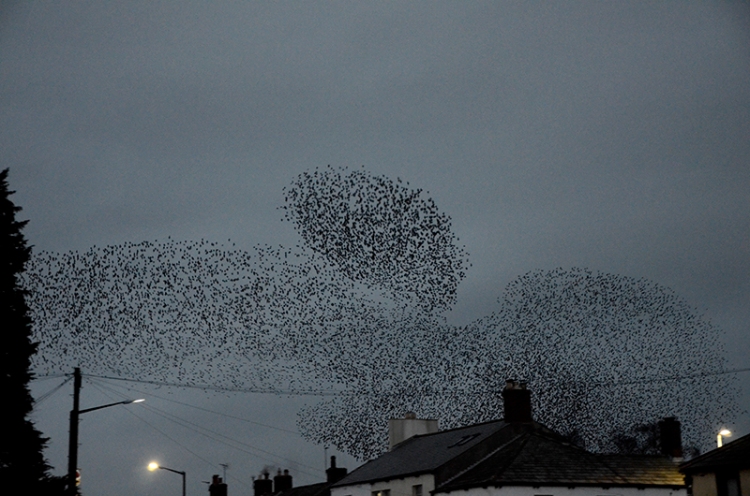 …or perhaps just looking like an impressive amount of starlings in one place at one time. 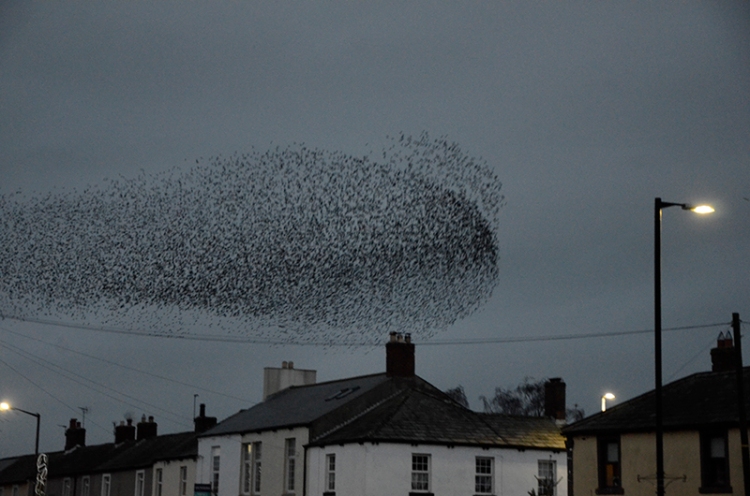 The show lasted 25 minutes and we intend to come back again if we can get a fine evening. We will try to find a better viewpoint if we do return.

For some reason there is no flying bird of the day today.

38 thoughts on “A heartening murmur”