Today’s guest picture comes from my South African correspondent, Langholm exile Tom.  He was looking for something to send me from his archives and found this lofty view of Worcester in the Western Cape, taken from 6000 ft up.

We had a calm day before the advertised arrival late tomorrow of storm Ciara, which the experts think might be the worst storm to hit the country since 2013.  We are not looking forward to it.

In the meantime, I had an enjoyable day today.  In the morning, Mrs Tootlepedal went off to do useful things around the town and I entertained Dropscone to coffee and ate two of his excellent treacle scones.  A Friday wouldn’t be the same without treacle scones.

When he left, I had a look to see if there were any birds at our feeder and found remarkably few.

A chaffinch was weighing up its options…

…and a sparrow was complaining about Mrs Tootlepedal’s fake tree..,. 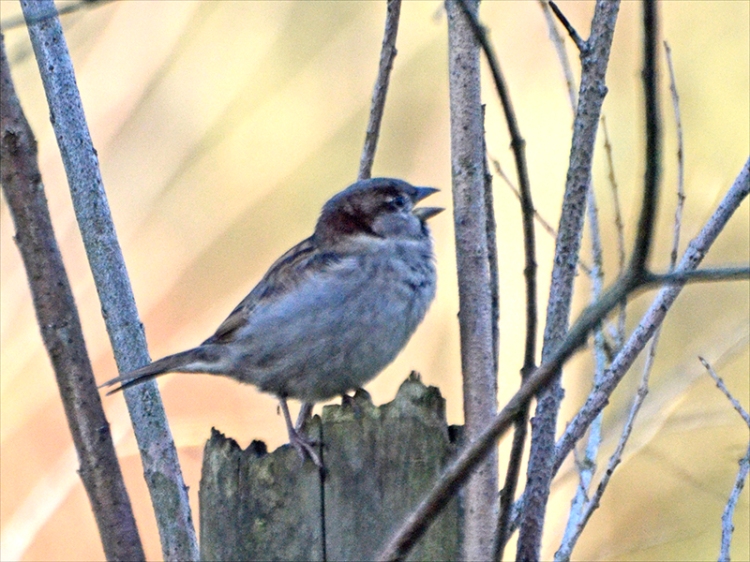 …while a rook posed at the very top of the walnut. 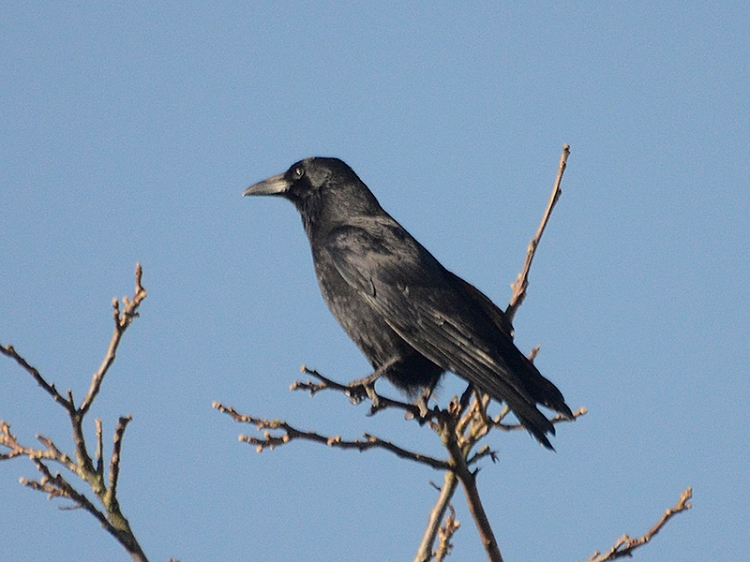 Mrs Tootlepedal has put up the robin nest box and we are waiting to see if the robin also knows that it is a nest box. 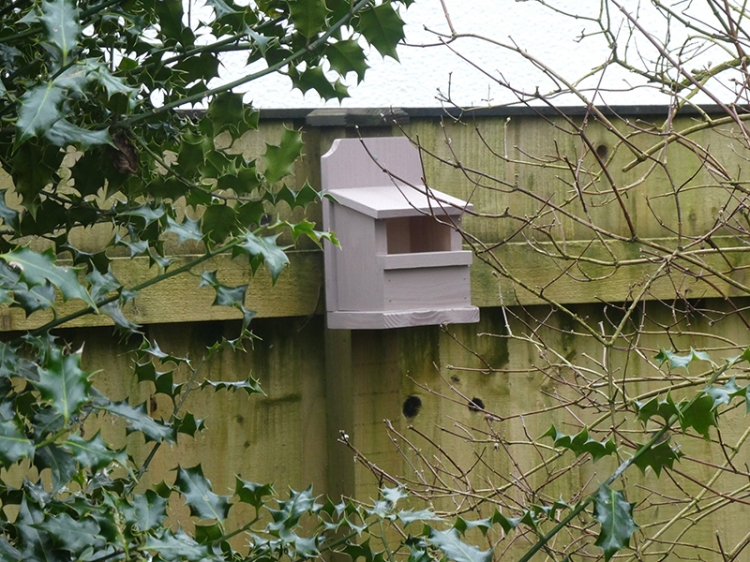 As there were no birds to watch, and it was still a bit cold for cycling (it had been freezing when we woke up), I went for a walk.

…but the sun was out and when I got into the open, it was very pleasant.

The battery had run out on my camera so I used my phone to take a few pictures as I went along.  I was delighted by how well it picked out these catkins. 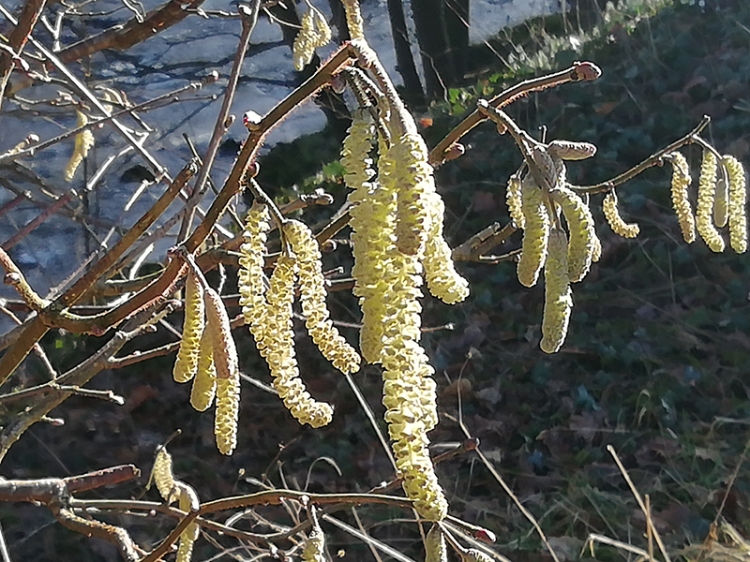 I took a view of Warbla just so that I would have something bright to remind me of better days when the storm comes.

…and walked home along the river.  The daisies on the bank still had something to show…

…but there was not much else to look at today.

After lunch, Mrs Tootlepedal went off to buy seed potatoes and I went for a cycle ride.  All traces of the morning frost had gone and the wind wasn’t too unkind so I added a few more miles to my last outing and pedalled the twenty miles it takes to get round my familiar Canonbie circuit.

Two fine fungi beside the Wauchope road caught my eye…

…and I liked the view of the lake District hills on the far side of the Solway Firth.

There were some clouds about… 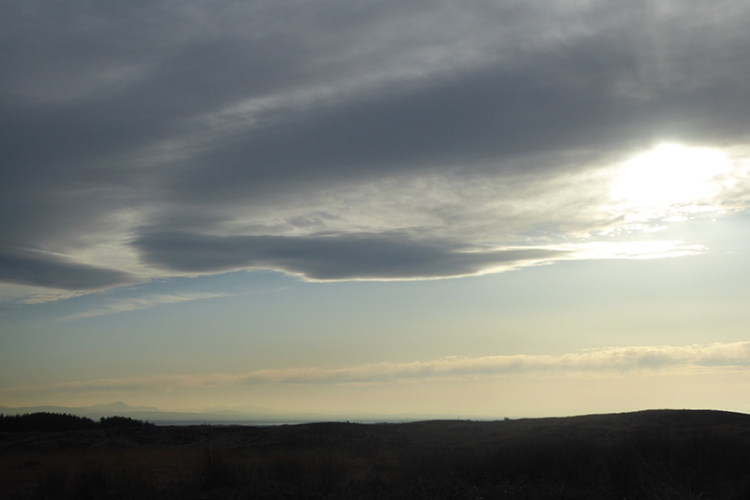 …but they conveniently cleared away by the time that I got to Canonbie, where the church was looking at its best.

Beside the church, a row of pylons reminded me of how much work there will be to do before all our pylons are upgraded.  It is a major task as we live on a electricity highway from Carlisle to the north..

Work is going full steam ahead on the new Canonbie sewage system.  There were people hard at work in the village, with another group digging a trench in the old road past the school, and then more workers at this site in the field below the Byreburn Wood.

The incontinent of Canonbie will be well catered for when all this is finished. 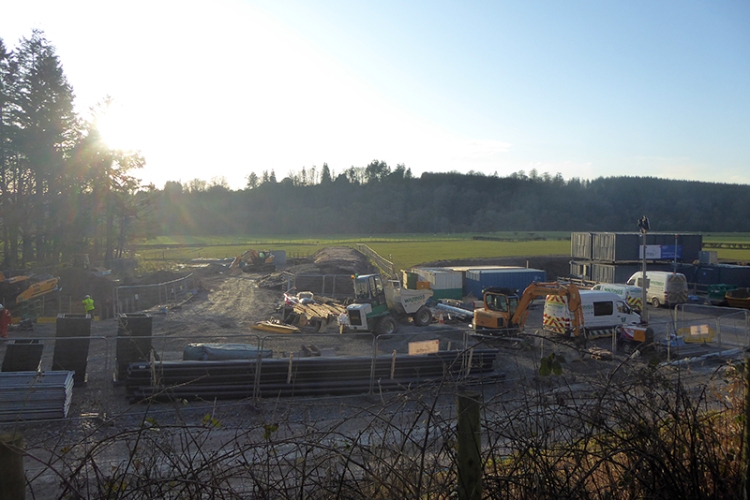 The low sun picked out the new balcony round the top of Hollows Tower.  I had a chance to go out on it when we visited the tower last year but it was too alarming for me.

My final picture was a peer through the branches at Irvine House, still standing empty after many years.

I got home in good order, very pleased to find that I can bicycle normally again although I am still taking care and not going down the hills too fast.

Looking around the garden, I saw that we now have four daffodils.  When we get another one out, we will declare that the clump is an official host of golden daffodils and start writing poetry. 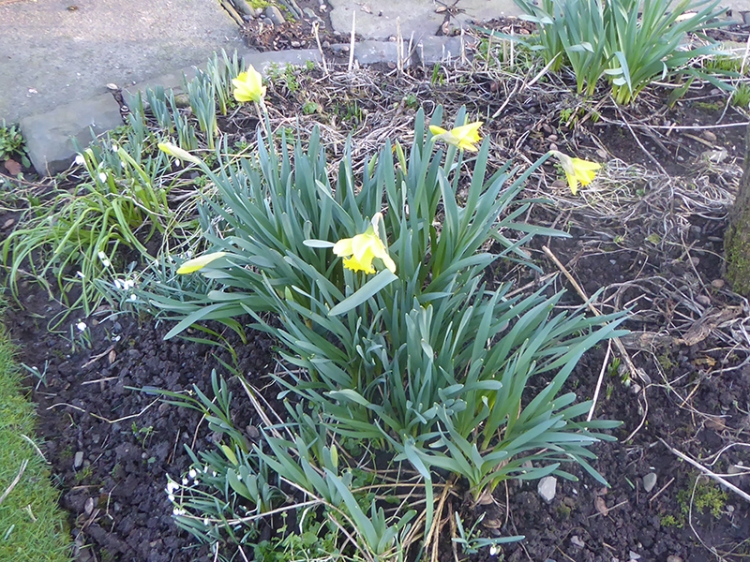 There hadn’t been quite enough warmth in the day to persuade the crocuses to open.

Following a report of a male hen harrier sighting on the moor, Mrs Tootlepedal had driven up to have a look after her potato expedition, but she had not seen anything.  She consoled herself with a cup of tea and a bite of my chocolate eclair.

In the evening, Mike and Alison came round, and Alison and I played duets while the other two chatted.   We had a go at a sonata which we haven’t played for several years and came to the conclusion that some practice might be a good thing before we try it again.

If no post arrives tomorrow, you will know we have been blown away but in the meantime, two peacefully swimming ducks are the flying birds of the day.

33 thoughts on “A tootle and a pedal, hooray”