Today’s guest picture comes from my camera club friend Simon,  He too was in the hills yesterday, but in bigger hills than the ones that I visited.   He was skiing in France, the lucky chap. 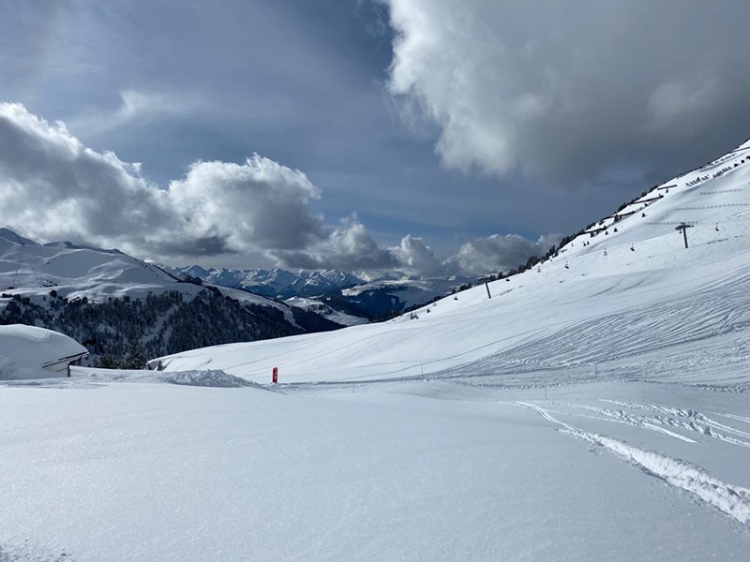 We had another beautiful morning here today and Mrs Tootlepedal had to go to a meeting so she couldn’t make the best of it.  I was able to go for a sort walk.

The crocuses beside the Ewes water are just beginning to make a show.  The sharp eyed reader will be able to see signs of frost on the grass in the shadow of some of the flowers,  It was sunny but it was cold. 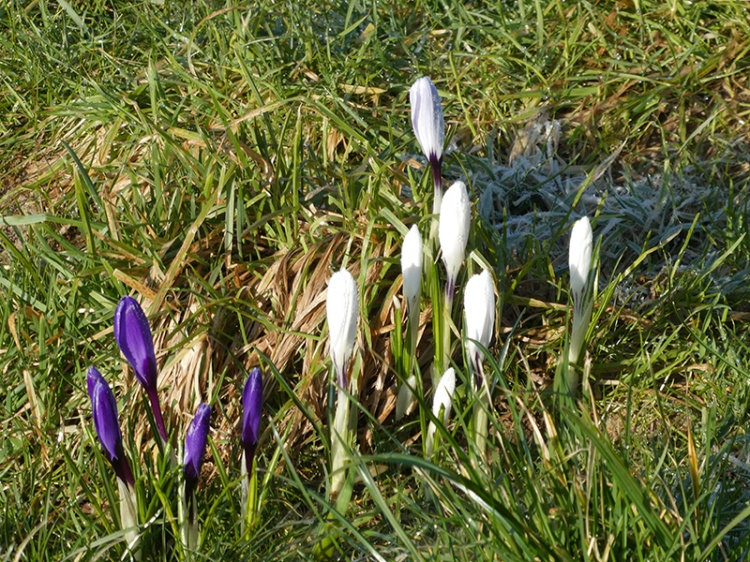 I took a picture of a black headed gull on a fence post just to show the black head, a sure sign of spring.  I was interested when I looked at the photo to see that the gull has been ringed.

The oyster catchers, who are quite fond of worms when they can’t catch an oyster, were trundling about in the field beside the river looking for helpful mole hills.

A mallard took in some rays.

Mr Grumpy was there too.  He was standing facing the sun and gently opening his wings to let the sun in.

Did I mention that it was quite chilly?  The fence post at the gate onto the Castleholm looked as though some paper shreddings had been sprinkled on it but a closer look showed that they were ice crystals. 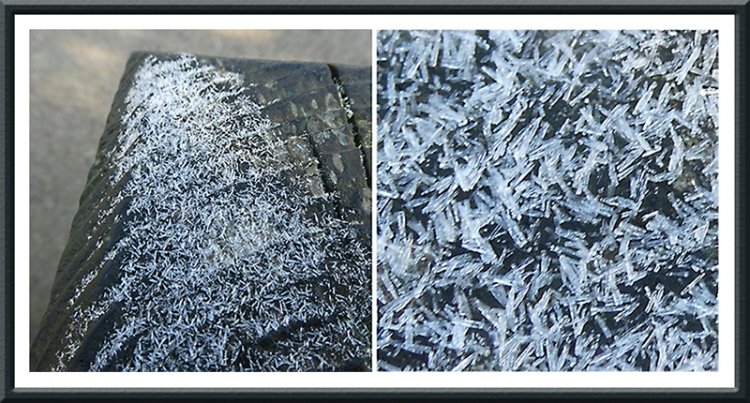 I was able to lift my eyes to the hills where I had been walking yesterday and I wished that I had had time to walk there again today.

I enjoyed the sun and in spite of the ice crystals, it was a good to day to be out.

The ground has dried out a bit after a few days without rain.

Birds were singing on every side but as usual when I looked up into the trees, I couldn’t see them

Mrs Tootlepedal came home from her meeting soon after I got back and we had time for a quick cup of coffee before setting out to catch the Edinburgh train from Lockerbie.

The trains had been cancelled yesterday because a bird flew into the power lines and fused the system but they were running today and more or less on time.

The carriage windows hadn’t been washed recently but it was still possible to enjoy the view of the hills as we went north. 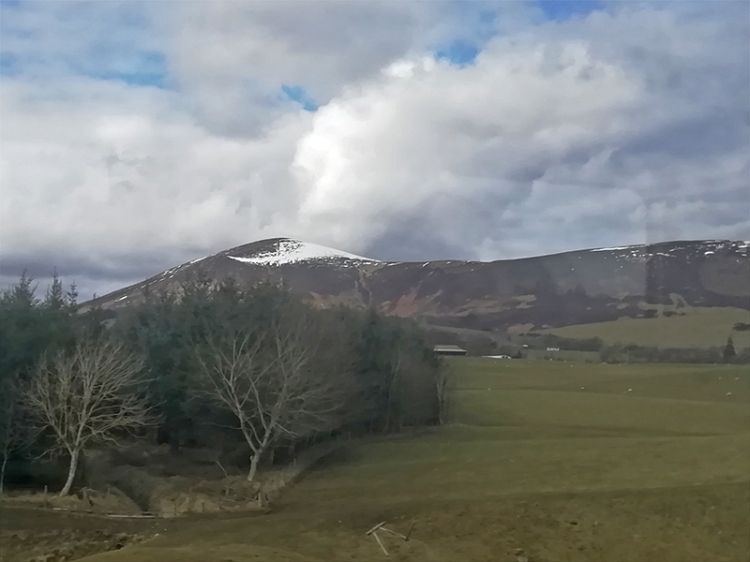 We had a very good light lunch of poached eggs on muffins with a Hollandaise sauce when we got to Edinburgh .  Mrs Tootlepedal had extra smoked salmon with hers and I opted for the Ayshire bacon.

Because of the timetabled changes, we are having to catch an earlier train these days which cuts into the day, but the light lunch is a consolation and we also had time to visit Holyrood on our way down to Matilda’s.

We have been watching the renovation of this building near the palace with interest and we were rather disappointed to find that it has been turned into some upmarket B & B apartments rather than something more interesting. 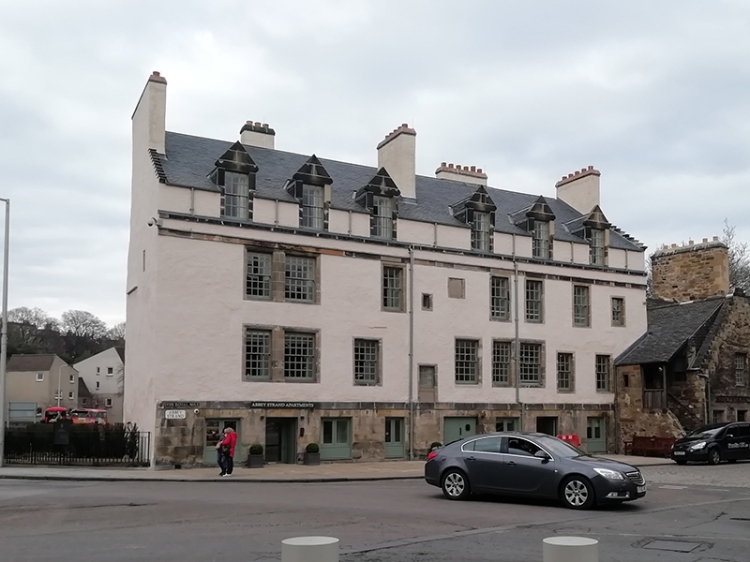 We went next door and visited the Queen.  She wasn’t in her Gallery but many beautiful drawings by Leonard da Vinci were at home and we enjoyed looking at them a lot. 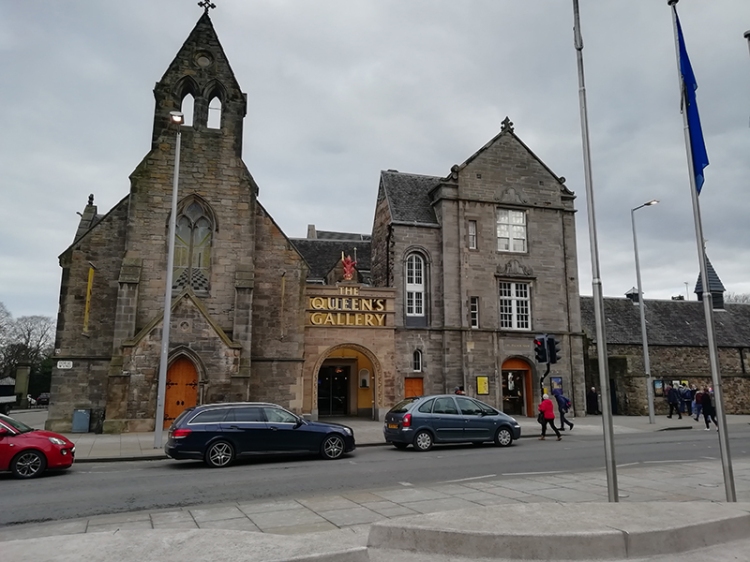 The gallery has an unusual set of door knobs.

If the weather had been warmer we might have enjoyed a cup of tea at the palace.

As it was, we walked down to Matilda’s, stopping on the way so that Mrs Tootlepedal could visit a useful contact for her community land buy out group.  She never stops working.

We had a most enjoyable time at Matilda’s, chatting with her parents, watching her demonstrate her mastery of tap dancing, being shot at by bows and arrows and generally having fun.   Mrs Tootlepedal won the Pelmanism and Matilda won the Snap and I enjoyed my usual level of success.

The journey home went smoothly and as the temperature stayed just above freezing, there was no danger of ice on the road.

The flying bird of the day is a chaffinch, threading through the reflections on our window.

25 thoughts on “Pussy cat, pussy cat where have you been?”