Today’s guest picture comes from our son Tony.  On a clear day recently, he was able to look across the Forth and see North Berwick.  We haven’t organised a holiday there for this year yet.  This may be the closest we get to it. 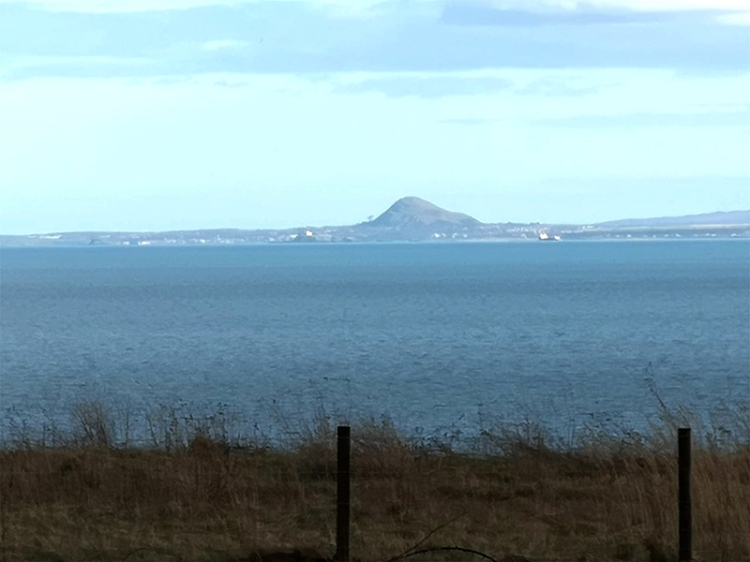 On a normal Sunday at this time of year, we would go to Church to sing in the church choir in the morning, and then go to Carlisle to sing with Community Choir in the afternoon.  Thanks to the dreaded virus, both church and community choir are closed for the foreseeable future and time hung heavy on my hands.

Mrs Tootlepedal was busy with community buy out work, but I just mooched around feeling hard done by, not even being able to raise enthusiasm for a walk or even compost sieving.

On the bright side it was another sunny and dry day (after another frosty start) so I did wander around the garden where I found a lot of the potential tadpoles developing well. 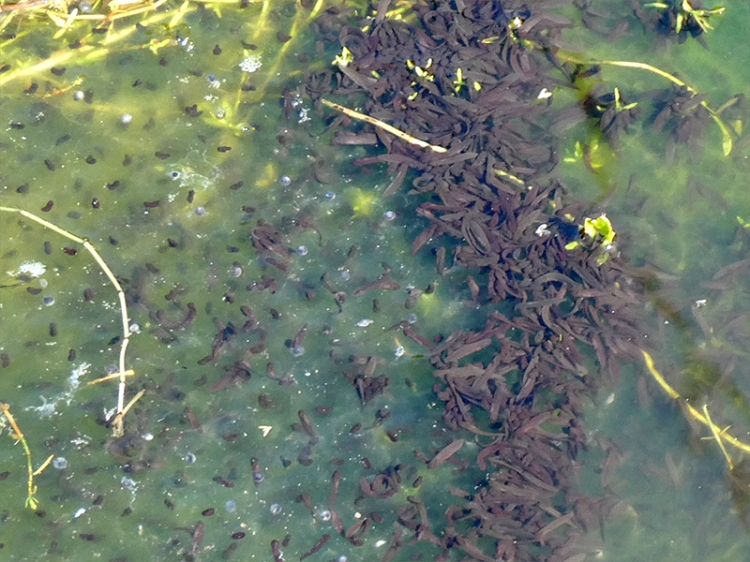 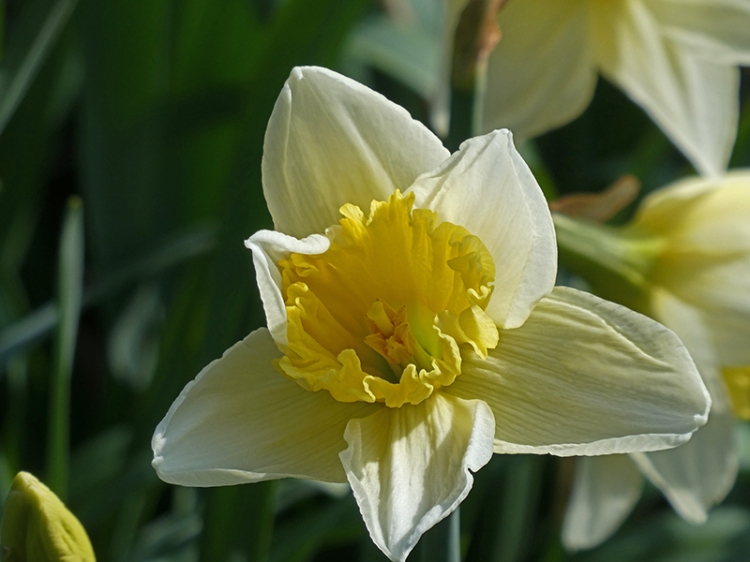 ..and chionodoxas for floral cheer again. 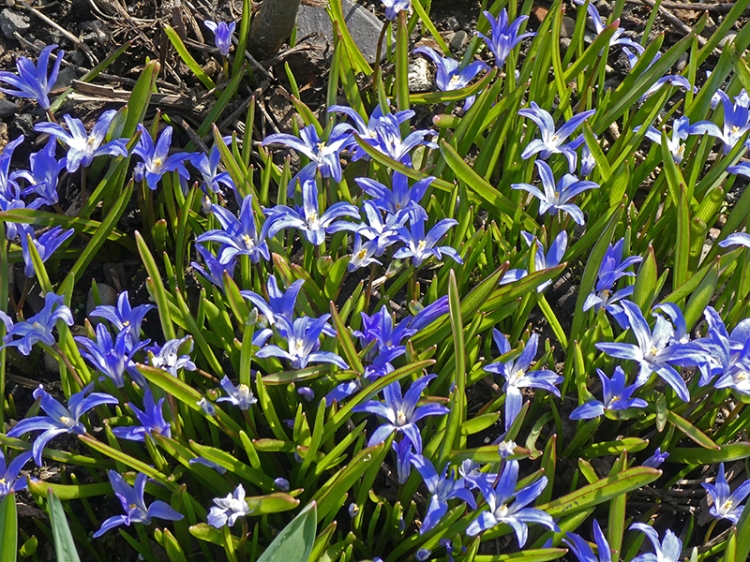 The silver pear is offering signs of hope… 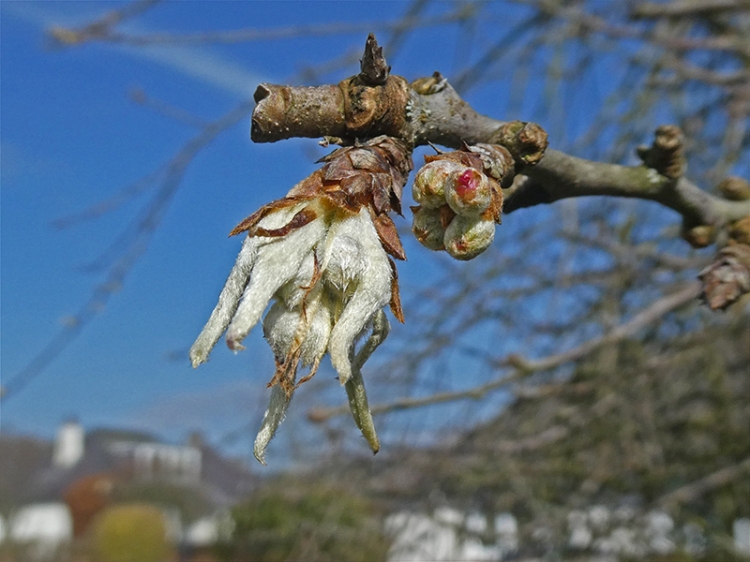 …and a single flower on the head of a drumstick primula hinted at good times to come. 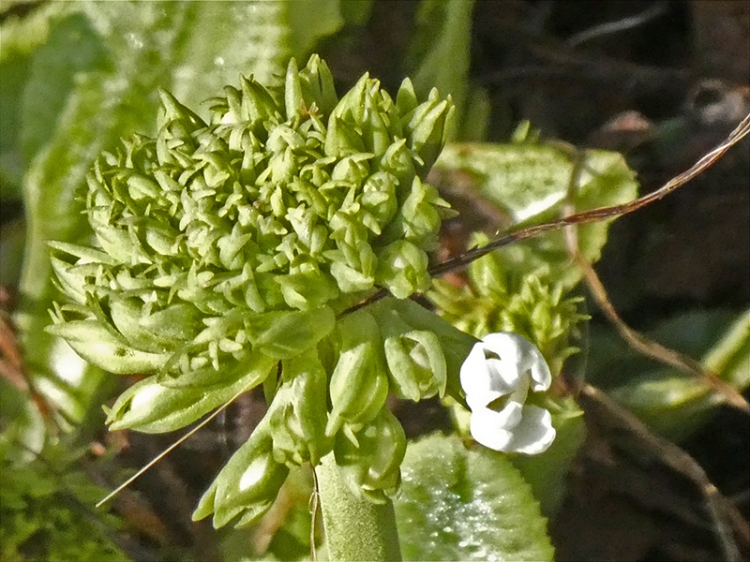 Mrs Tootlepedal and I were sitting on our new bench enjoying the warmth of the sun when we heard the buzzing of a bee.  I rushed to get a camera but only managed a very fuzzy shot of the buzzer. 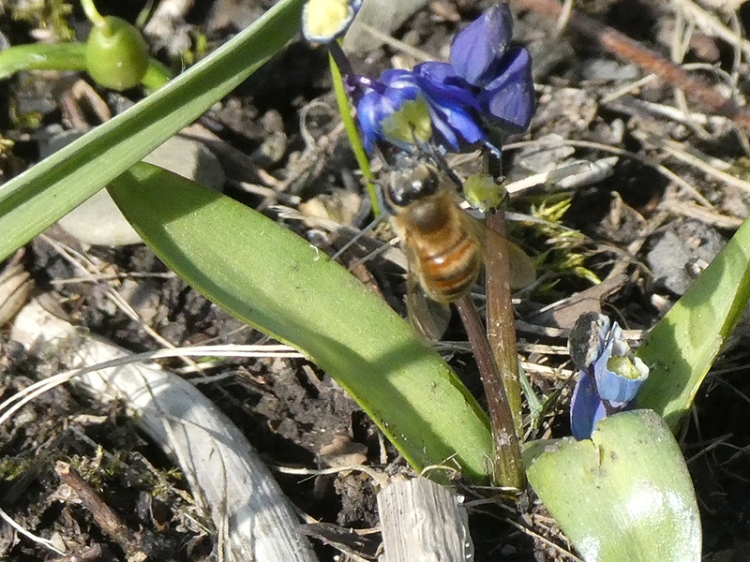 Any bee is welcome though.

Taking a last shot of a fancy cowslip, I went in to make lentil and carrot soup for lunch. 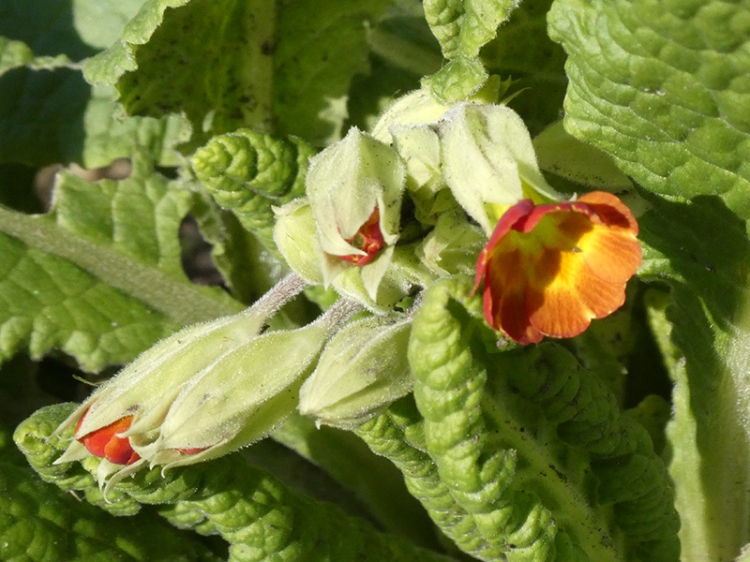 After lunch, I stirred myself enough to get my bicycle out in the hope that the good Dr Velo would offer a cure for my blues.  It was not very warm in spite of the sun and the temperature was still in single figures, but the wind wasn’t too bad.

The blue sky was almost cloudless and the good doctor soon began to work his magic, helped perhaps by the fact that I had chosen a very easy route, my favourite Sunday ride down the main roads to the Roman Wall and back again.

As I passed the junction at the start of the Canonbie by-pass, I thought that I heard people hooting at me but when I looked up, I saw it was a skein of birds flying overhead.  I stopped and got out my camera but they were well past me before I could press the shutter. 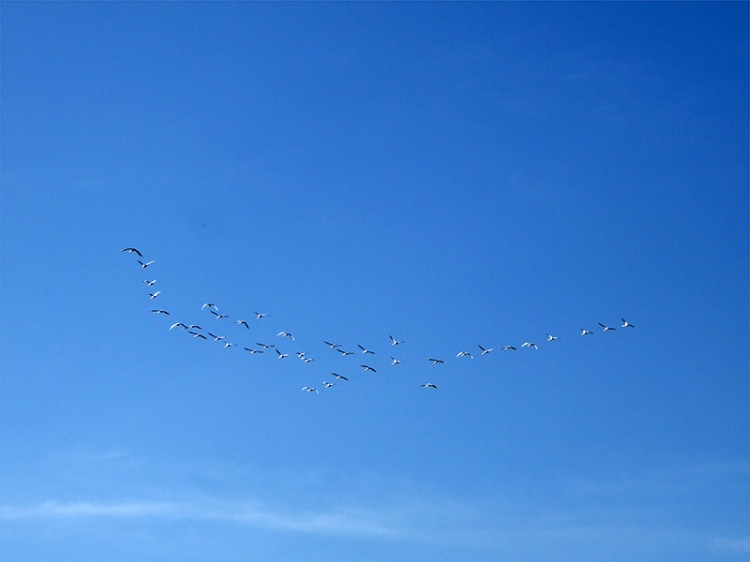 …and I was happy to see young lambs at the far side of the field. 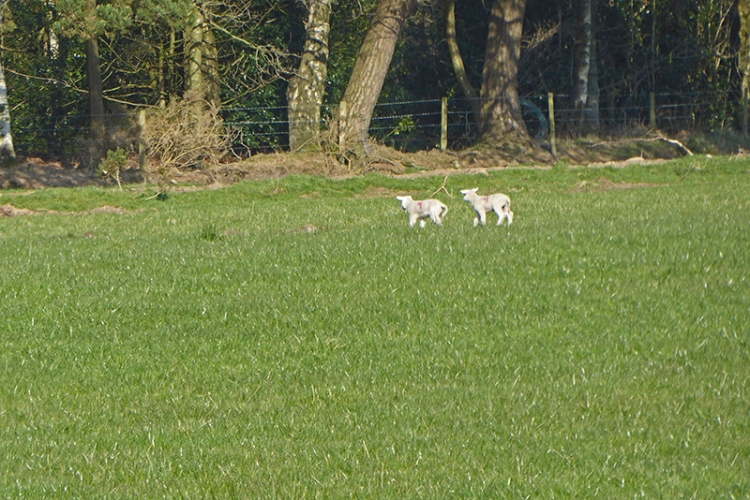 It was a clear day and I could see the final fling of the northern English fells in the distance. 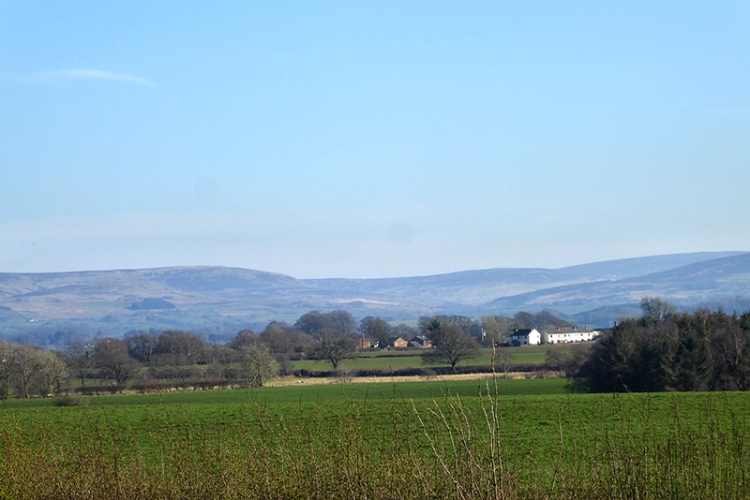 I got to Newtown, my twenty mile turning point, and was glad of a rest to eat a banana while sitting on my customary seat… 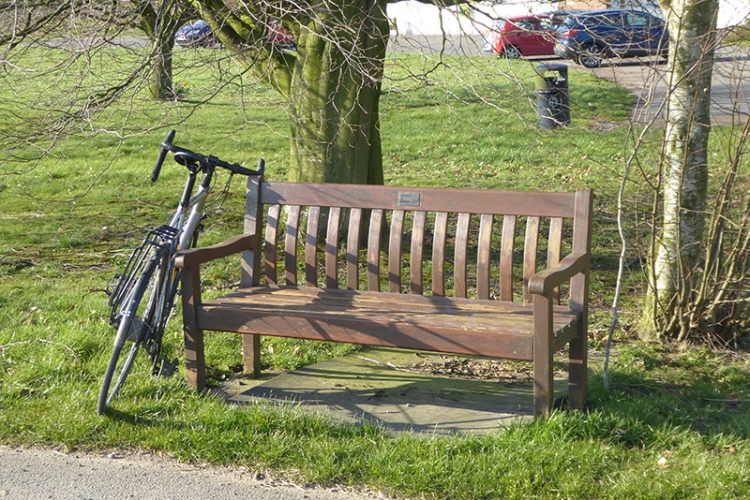 …and admiring the daffodils round the old village drinking fountain. 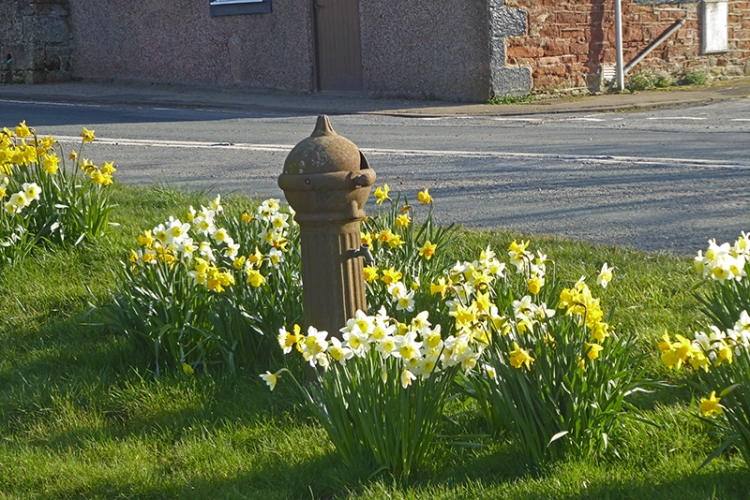 The wind had been in my face the whole way down so I was fully expecting the weather gods to play their usual tricks and either change the wind direction or let it die away completely on my return journey.

I paused for this fine English tree… 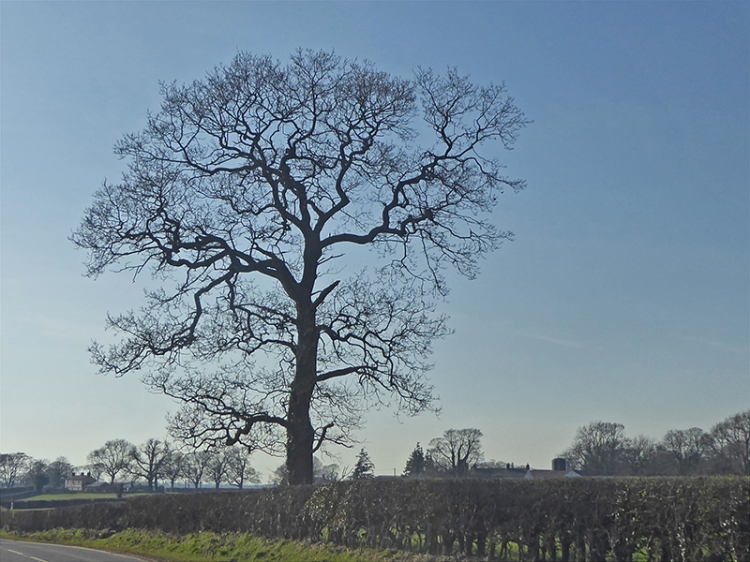 …and for the Welcome to Scotland sign at the border. 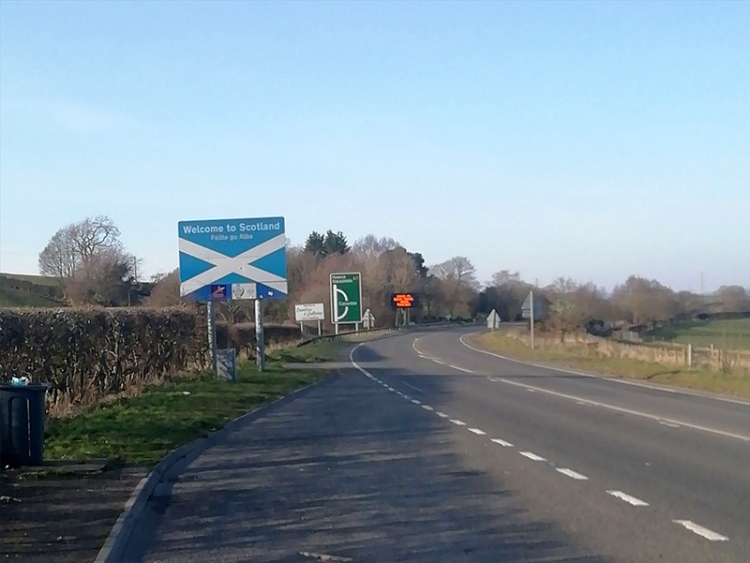 It is not an impressive gateway to our beautiful country, comprising as it does of a scruffy lay-by, two litter bins and a slew of ill matched road signs.  To add to the lack of warmth in the welcome, the illuminated digital sign up the road was telling people to stop doing all this travelling around anyway. 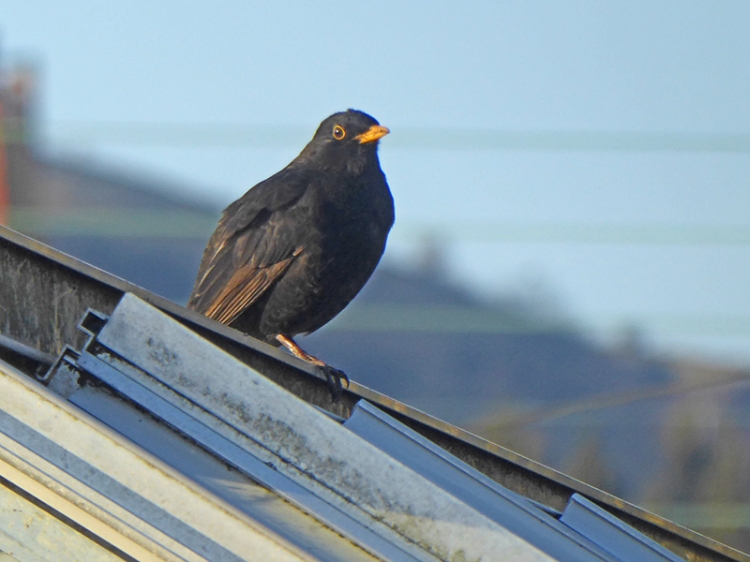 …and went in to join her.

Mrs Tootlepedal hunted out some more of her chicken cacciatore and we had it with rice for our tea.

I had tinned peach slices with Mackie’s excellent ice cream for afters, and that rounded off a day that ended with me feeling much better than when it had begun.

I had thought that the skein of birds that flew across me when I was cycling were geese of some sort but a closer look on the computer showed me that all my flying birds of the day were not geese but swans. 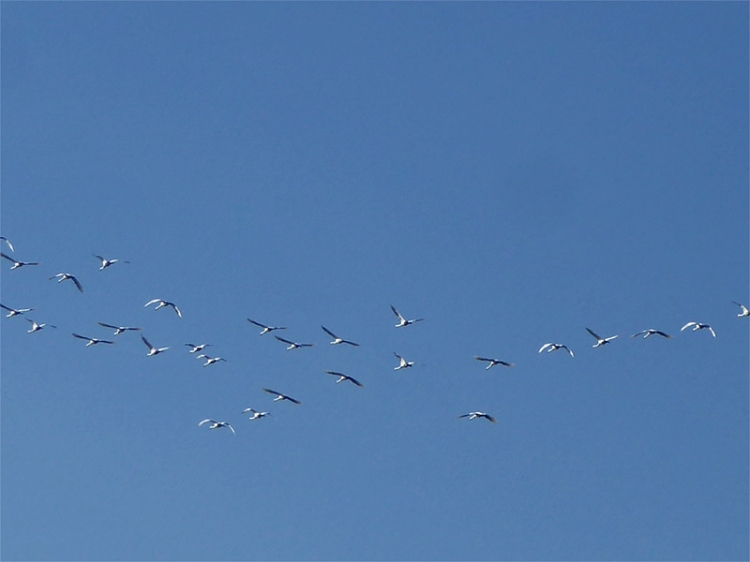 It’s not often that all your geese are swans.  It was lucky that I saw them because there was hardly a bird at the feeder all day.

46 thoughts on “A Sunday without a song”