Today’s guest picture comes from my brother Andrew.  On his permitted walk, he revisited a blue bell wood that he found unsatisfactory when he photographed it on a walk not long ago and found it much more satisfactory today. 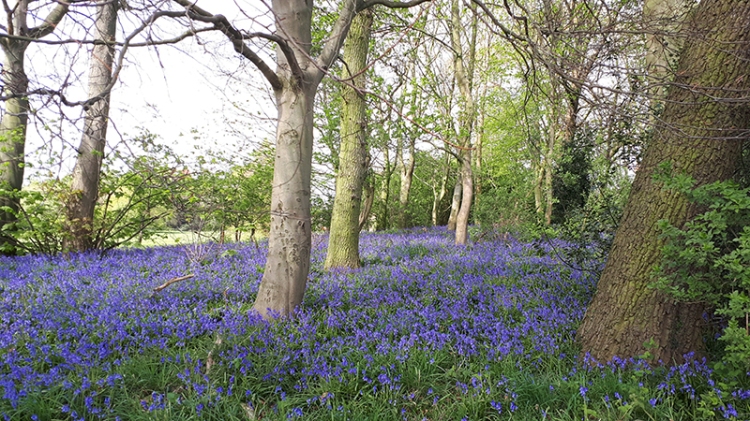 We had another sunny start to our day and the neighbourhood alfresco coffee morning team enjoyed their physically distanced but socially engaged conversation while taking in some rays.

I joined them for a while and then went off to look round the garden to check on developments.

…and another one developing a hint of a tint. 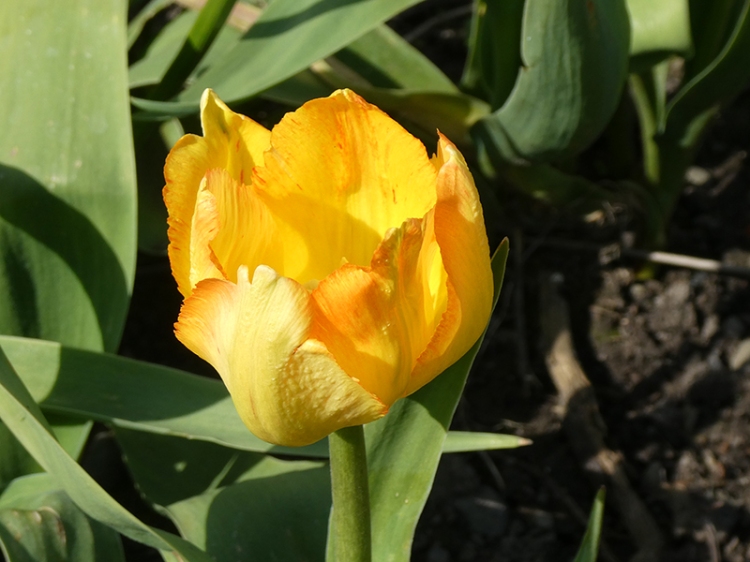 The lamium seems to add more flowers every day and is obviously enjoying the chilly mornings more than me. 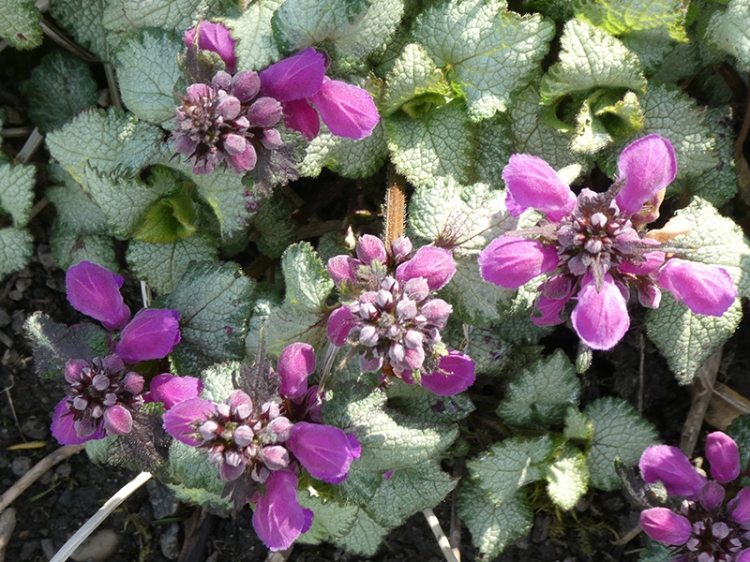 And this qualifies, I think, as a colourful corner.

I am hopeful that an anemone, which has been unfurling at an amazingly slow rate over the past week, will open fully soon.  Curiously, it likes to turn its back on the sun, and as it is at the very front of a border, it makes it hard for me to get a good picture of it.

Mrs Tootlepedal was busy as ever and after her coffee and conversation, she got the last of her potatoes planted out.

Rather annoyingly, she decided not to buy too many seed potatoes this year, but with hindsight, this was probably not the best decision that she has ever made.   The way that flour is proving hard to find though probably indicates that she should have been planting wheat anyway!

We are out of homemade blackcurrant jam, so I am keeping an eye on the blackcurrant bush and hoping that it will have enough berries on it to make a few pots this year.  It is looking promising at the moment. 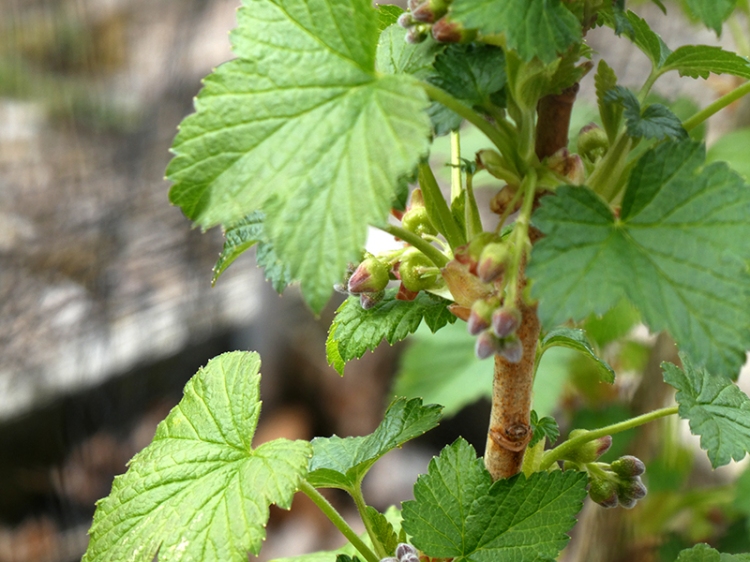 I took a pictures of these cheerful tulips and went in for lunch.

After lunch and some creative time wasting, I went for a cycle ride.  The sun had disappeared behind some grey clouds and the energetic east wind meant that I was back to riding in my winter jacket again.

I didn’t need the warmth too much as I cycled up to the top of Callister with the wind behind me, but I was very glad of it on the way back.  It was miserable battling into the cold, cold blast coming straight up the road towards me.  This stretch of my ride had much of the enjoyment of being repeatedly hit in the face with a wet fish.

It took me 33 minutes to cycle the six and  half miles up the hill and even pedalling furiously, I could only knock two minutes off that time on the way back down into Langholm.  Hard work.

I pedalled along the river as I passed through the town and was pleased to see a couple of old friends, though the oyster catcher was scooting away from a dog walker…

…and the gull was looking round to see what the fuss was.

I cycled through the town and out of the other side, taking the main road north until I got to the road junction where this memorial is sited.

I visited the church at Teviothead where he was minister on a ride earlier this week.

(You can hear a 10 inch shellac 78 rpm recording of his poem set to music here.)

Opposite the memorial, new life was to be seen.

And across the valley, I could see the preparations for a new forestry plantation. 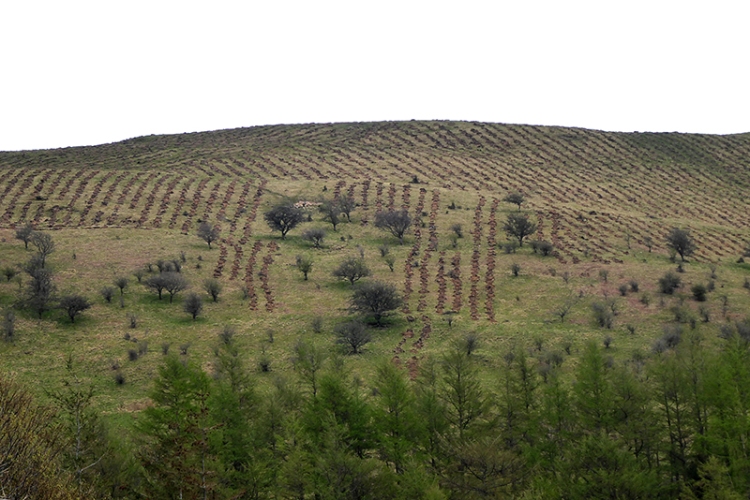 The four miles home, gently downhill and with the cold wind now behind me, made me forget the hard work into the wind and I ended up feeling, slightly erroneously, that I had had a very enjoyable 21 mile ride.

Before I had gone out on my bike, I had mixed and prepared some rich dough and put a dozen tea cakes to rise.  When I got back, they were ready to go into the oven.  They came out looking quite inviting, flatter and more suitable for toasting (the proper destiny for a tea cake) than my last batch.

I spoke to my siblings courtesy of Zoom and then, as the sun had come out again, I went out into the garden to enjoy the evening sunshine.

I noted the Esau and Jacob of the starling world on top of Irving’s holly tree. (Gen 21.11)

I used the last of Mrs Tootlepedal’s mince and a tin of tomatoes to make an unsophisticated but enjoyable pasta sauce for our tea.

We have so settled in to the gentle rhythm of the lockdown that it will come as quite a shock when we suddenly get choices and have to make up our minds where to go and what to do….if we ever get to that time.

In the meantime, there was no flying bird of the day today, just a perching chaffinch.  By way of variety, you can have him looking down,,,