Today’s guest picture comes from our son Tony.  He found himself being watched by a troop of little monkeys as he walked round his garden.

We had another cold morning here, and another dry and sunny day that never really warmed up.

Mrs Tootlepedal got down to the serious business of protecting her potential peas from serial attacks from scavenging sparrows. 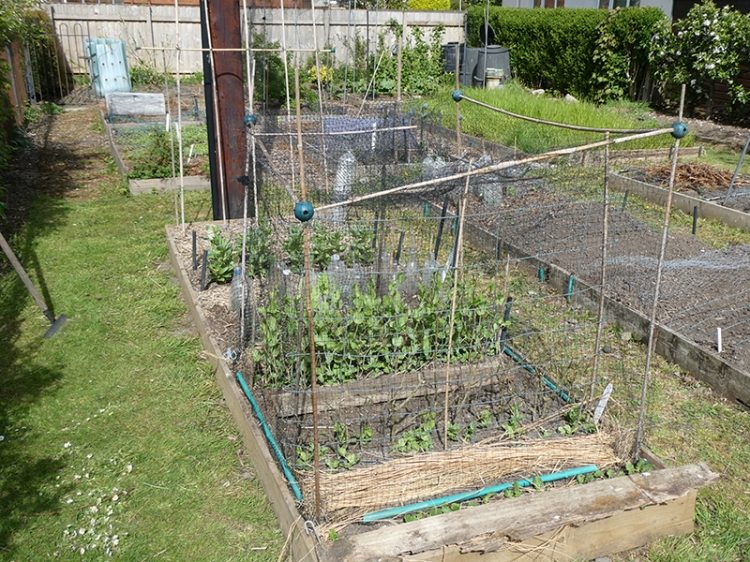 With frozen peas readily available at reasonable prices in the shops, she sometimes wonders why she tries to grow her own peas at all.  It is the principle of the thing though that counts.  She is a gardener, she grows peas and sparrows will not stop her.

It was so chilly that the morning street coffee gathering did not take place at all and I must admit that I spent quite a lot of time lurking indoors grappling with a very tricky crossword puzzle indeed.  It was one of those with ‘special instructions’  and in this case the instruction were so special and impenetrable that it took the combined might of my sister Mary and me over several days to get the bottom of them.  We managed in the end and felt quite triumphant.

I did go outside a bit.

Mrs Tootlepedal had decided that more of the box hedge should be removed to get an even wider view of the front garden and she applied herself vigorously to the task of uprooting the box plants.

I shredded a lot of the casualties and in between times, I wandered round the garden, enjoying the sunny light.

When  indoors, I looked out at the birds.  Mrs Tootlepedal is not necessarily very happy when she sees that I am feeding up sparrows.

Another anemone is doing its best to come out and it was joined by a cornflower and a magnificent oriental poppy which added to the colour provided by geum, lamium and rhododendron.

After lunch, we moved the new bench into roughly the position where it will live under the walnut tree and you can see that Mrs Tootlepedal has considerably widened the view already…

…but she tells me that more widening is on the cards.

The bench can be seen sitting beside its dilapidated predecessor.  There was some hope of repairing the old bench, but so many bits fell off when we moved it, that that doesn’t seem likely now. 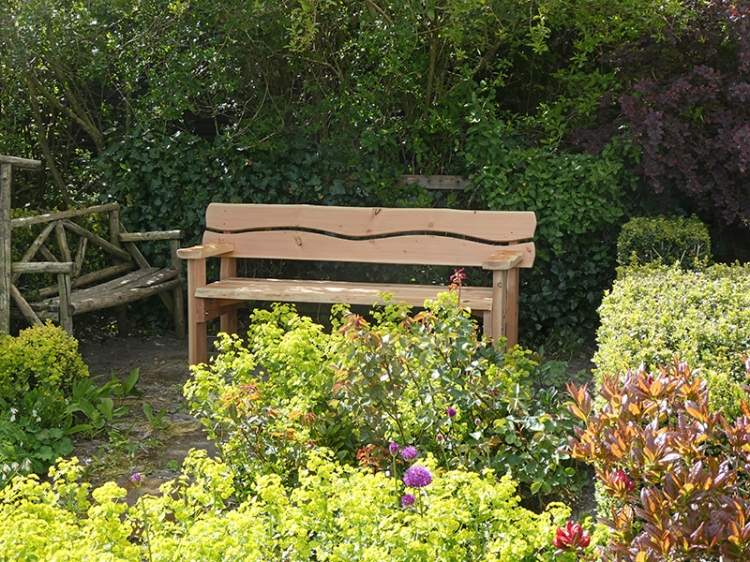 When the bench had been moved, I mowed the middle lawn.  The moss eating treatment is working but the lack of rain and constant chilly mornings have inhibited the growth of the grass and it will be a week or two at least before the lawn begins to look respectable.

To console myself, I made a batch of Garibaldi biscuits. 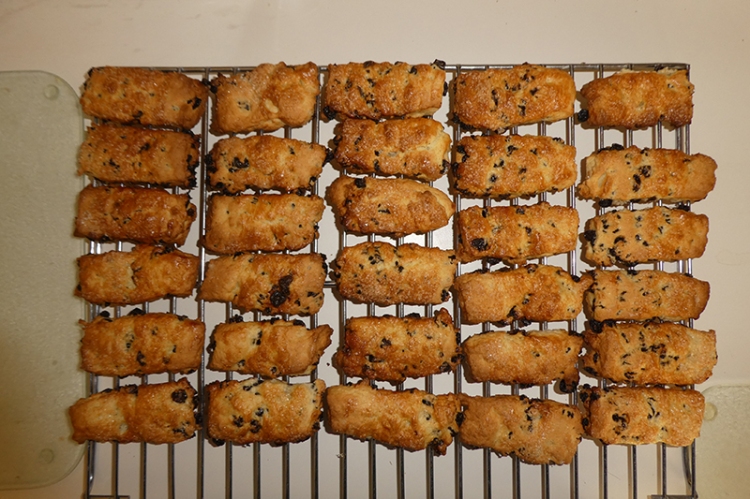 My arithmetic and measuring was much better on this occasion.  They could be neater but they passed the taste test.

I had thought of going for a walk in the afternoon, but when the time to go came, I was overcome by feebleness and stayed at home.

A couple of years ago, I bought a new pocket camera and very unwisely took it down to the sandy beach at North Berwick where we were on holiday with Matilda.  It saw a lot of sandcastle and sea bird action but it never really recovered from sand in the works and finally the zoom and focus stopped working.

It was under guarantee but as I had no-one to blame but myself, I didn’t like to send it back to the manufacturer and it lay unused for some time.  My son Tony has the same sort of camera and when his failed (not through his fault) he got it mended under guarantee, and this motivated me to do something about my camera.

I found a repairer, got a very reasonable estimate, sent the camera away a week ago and got it back yesterday.

I opened the parcel today and took the camera out for a trial run in the garden.

I thought that it coped very well… 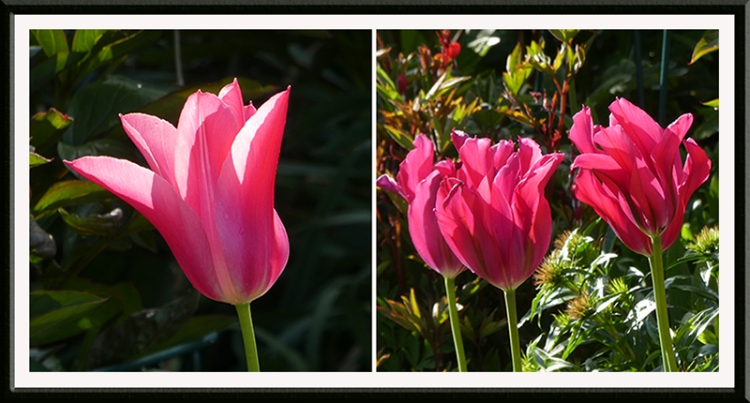 …and since it was obviously back in working order… 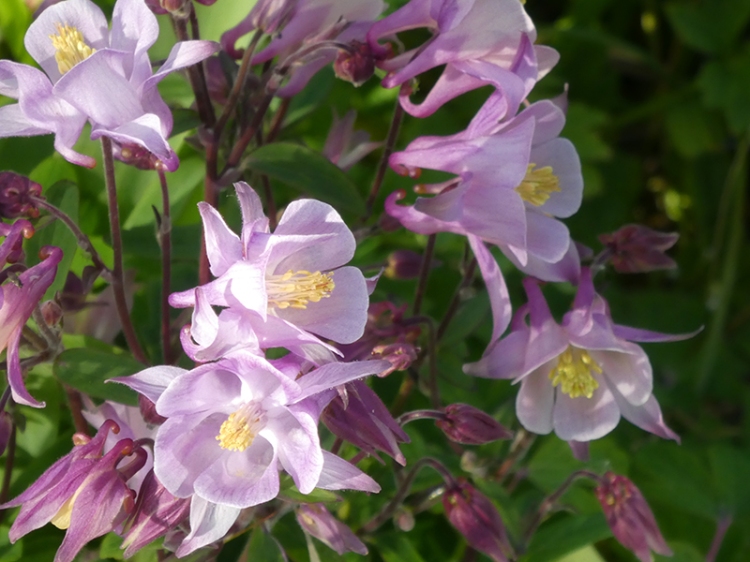 …after Zooming with my siblings and making omelettes for our tea, I went out for an evening walk with Mrs Tootlepedal to give it the camera a good go.

We went for a traditional three bridges walk, but Mrs Tootlepedal thought it would be good to go the opposite way to my usual direction and we came to the Jubilee Bridge first.

It is guarded by two fine trees.

On the Castleholm. the castle itself was nearly invisible. 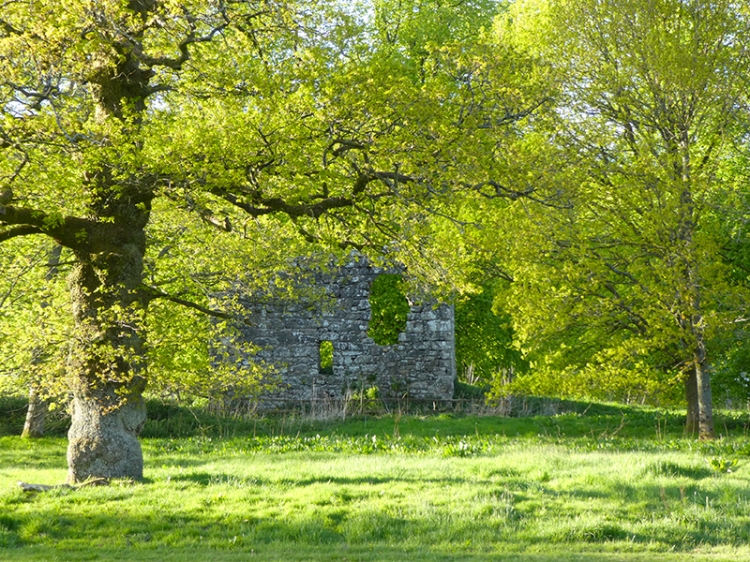 I spotted one of the grasses that may have led to my earlier decision not to go for a walk. My breathing is not at its best at the moment. 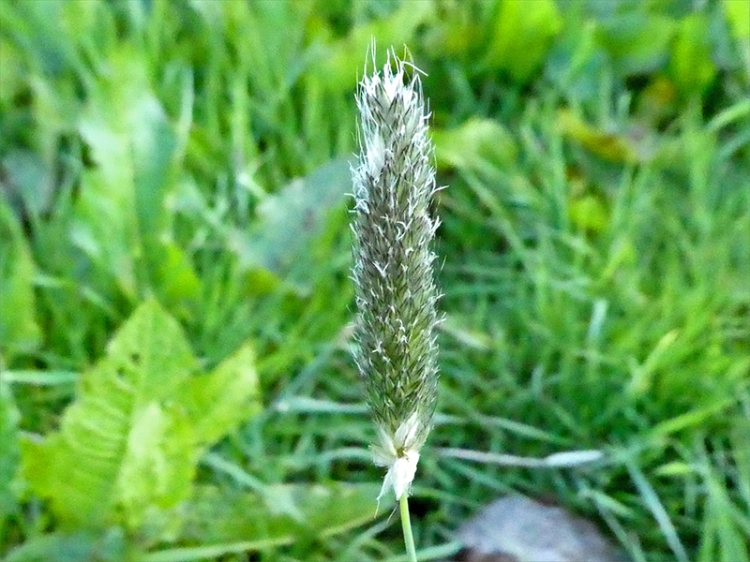 Another source of pollen was spotted too. 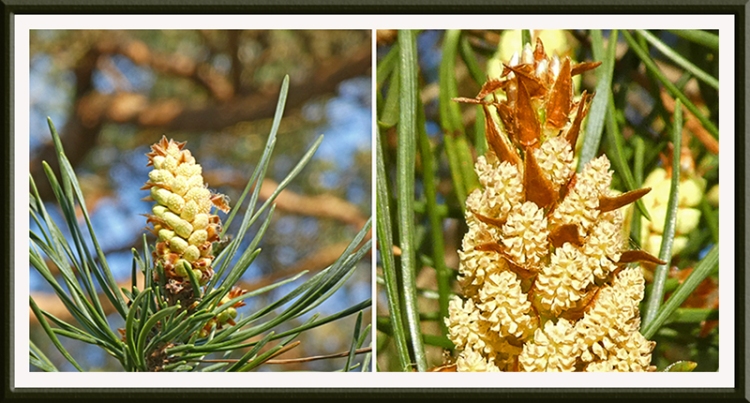 It was chilly, but all the same it was a lovely evening for a stroll, as this view of Warbla from the Sawmill Brig shows. 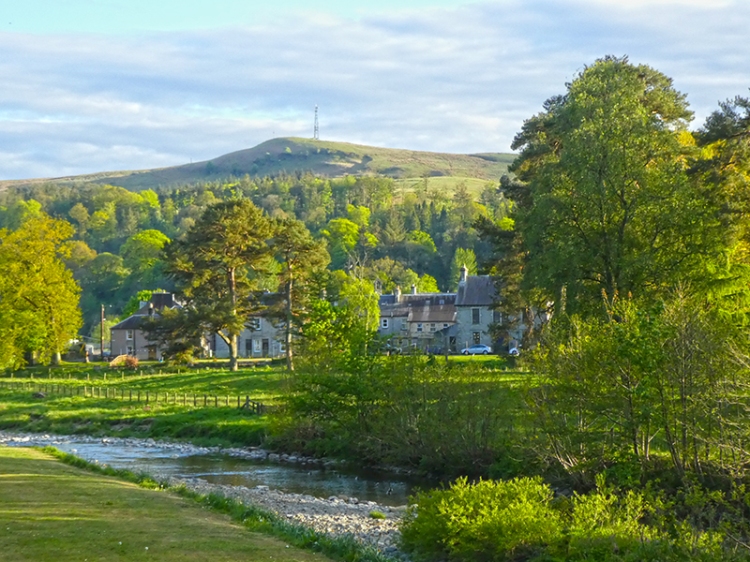 The rivers are extraordinarily low at the moment and the still of the evening provided us with some unusual reflections.  We could see the mission hall both over and under the town bridge..

…and George Street in the bottom of the river. 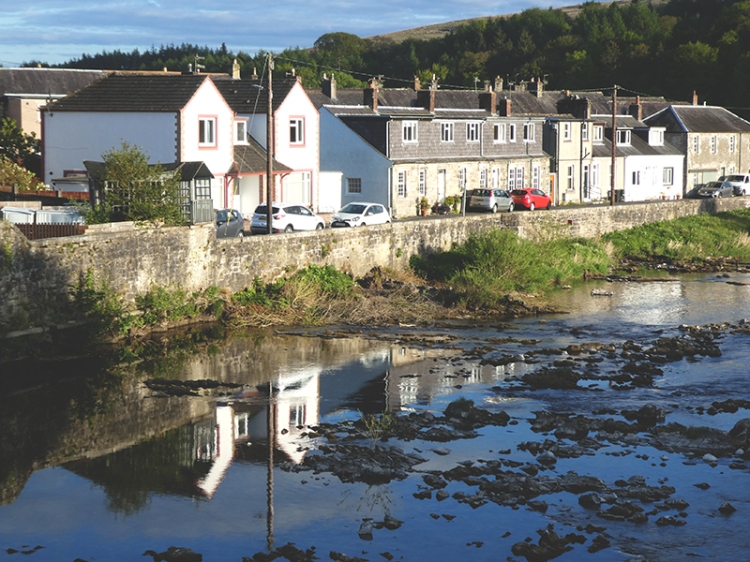 Looking at the river itself, we spotted a goosander resting on a rock…

…not far from a pair of oyster catchers.

Instead of rushing off as goosanders normally do, this one stood up and made sure that I got its good side too. 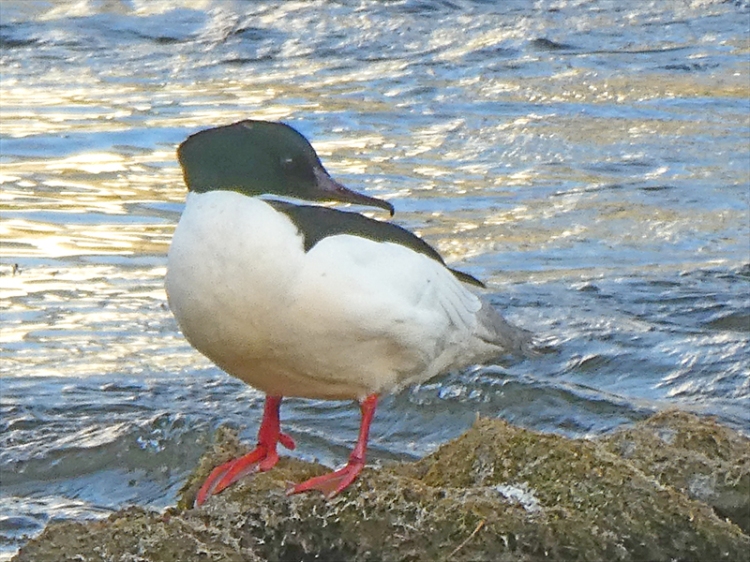 A little further along the river, Mrs Tootlepedal, who pays attention to telegraph poles, drew my attention to the interesting patterns in the wood grain on one.

I can see a magnificently bearded wizard and a goblin but you can see whatever you like or nothing at all.

The walk rounded off the day very pleasantly.  There is hope that it is going to get slightly warmer as the week goes on.  This will be welcome, but I just saw a forecast of 27 degrees for the end of next week.  If this is true and there is still no rain in the offing, the garden may get burnt to a crisp.

The flying bird of the day is a thrush leaving the garden fence at speed.

Footnote:  Mrs Tootlepedal asked me how long our little walk had been.  I checked and found that it was about 1.3 miles but following the government policy on the statistics regarding testing, I told her that we had walked two and a half miles.  She was very impressed.

31 thoughts on “Taking a wider view”