Today’s guest picture comes from Sandy.  He has attached a bird box to his shed and is very happy to see that it is getting used by blue tits. 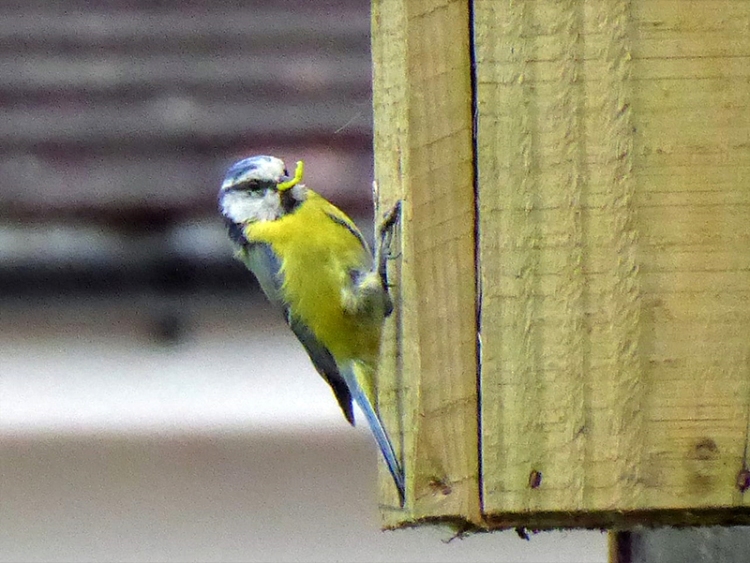 The day started with a WhatsApp conversation with Annie and Joe and our granddaughter Evie.  Evie is ten months old now and very grown up.

We had another chilly morning here but it was sunny again and when I went out into the garden, I was happy to see a hoverfly visiting and allium.

All seemed reasonably well with the world until I went across to look at the azaleas with the intention of getting some colourful shots.

Mrs Tootlepedal was very sad, to say the least.  Her garden comes on in a succession of spring waves; the snowdrops, the daffodils, the tulips and then the crowning glory, the azaleas.

Annoyingly, some of the tulips, which are at the very end of their useful gardening life, survived the frost. 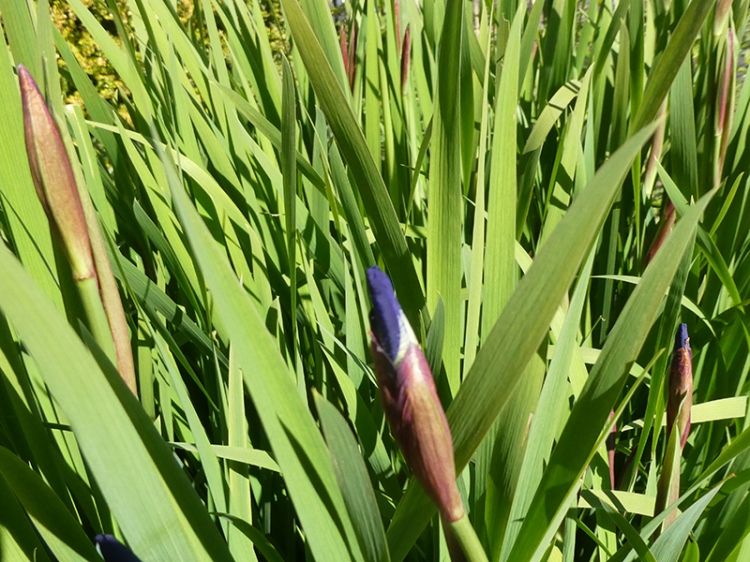 …and the magnificent poppy on the back wall of the house laughed at frost.

Instead of having a cup of coffee with the regular street gang, I took some Garibaldi biscuits up to Sandy and got some of his flapjack in return.  His foot is very slowly on the mend after his operation, but it is a slow business and he has been cooped up in his house for far longer than the rest of us.  Under the circumstances, he is still remarkably cheerful.

I met a butterfly on my way. 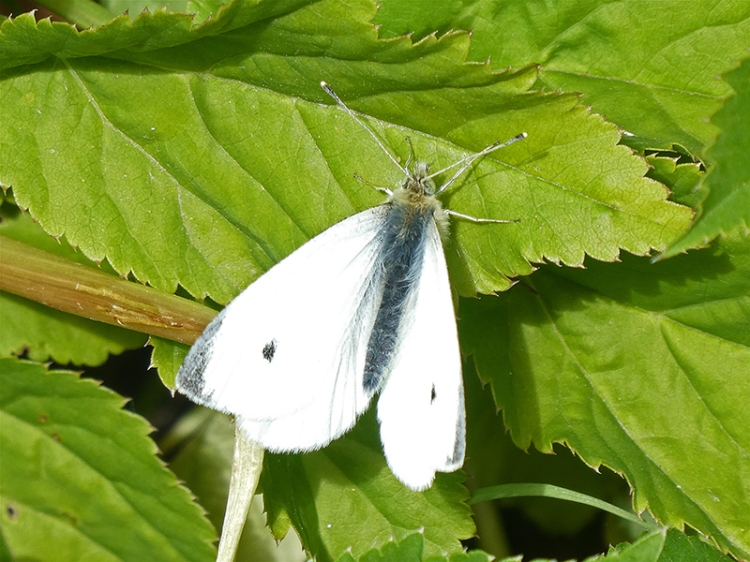 When I got home, I found that Mrs Tootlepedal was increasing the wideness of her wider view and more box bushes had bitten the dust. 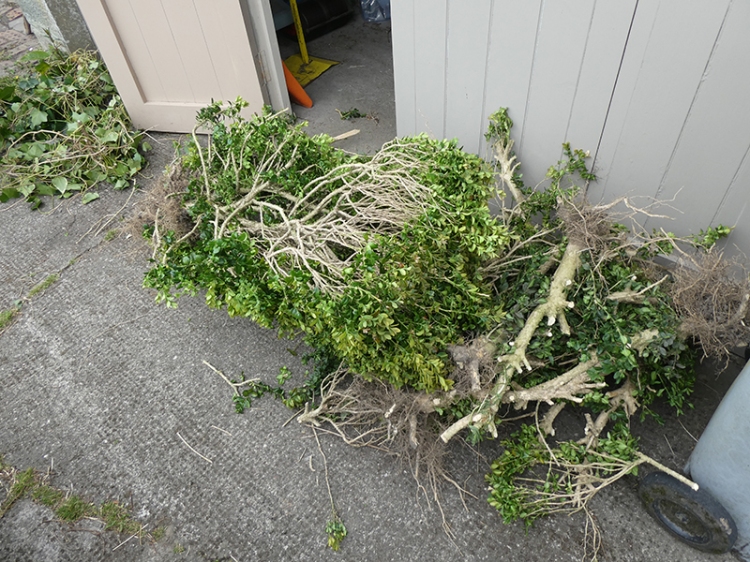 I gave a hand with some of the tugging and pulling needed to uproot the toughest of the bushes and had a look round while I did so.

A sparrow was on the look out for tasty vegetable shoots to plunder. 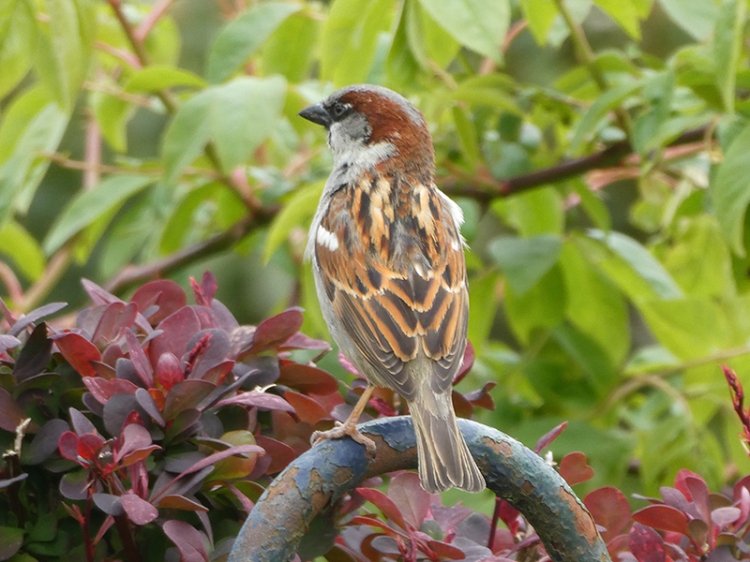 I tested out the new bench and found some lily of the valley nestling beside it. 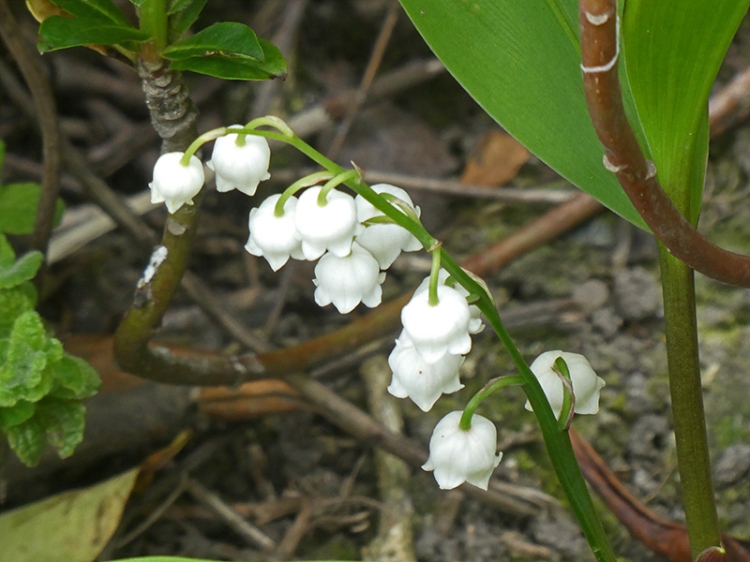 The morning slipped away and I went in to make lunch and watch the birds.

I saw a siskin socially distancing itself from a sparrow. 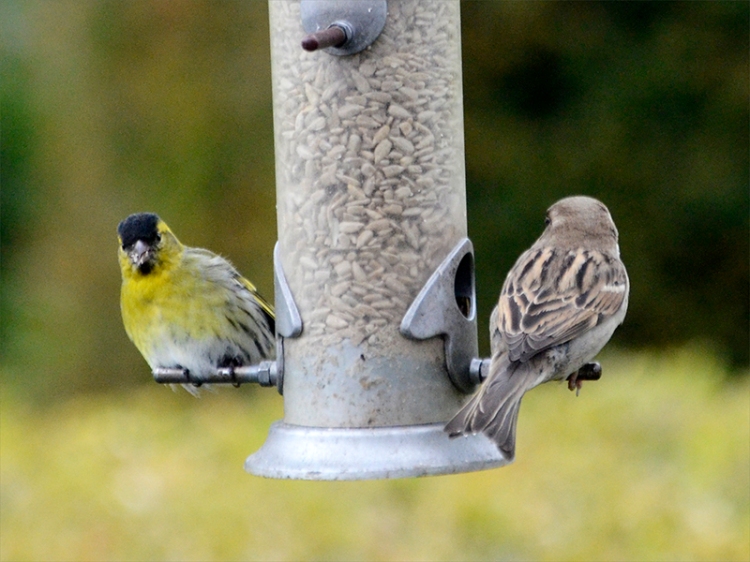 After lunch, we had a video conversation with Clare, Alistair and our other granddaughter, Matilda and then we downloaded a clever app that let us play games with Matilda in real time.   It was nowhere near as good as seeing Matilda and her parents in person, but it was a lot better than not seeing them at all.

Then Mrs Tootlepedal went off in search of some more horse manure, and I went  for another very slow cycle ride round my Canonbie circuit.

For some reason, my breathing is not good at the moment, possibly the combination of pollen and dust after all our dry weather, and I didn’t have much get up and go at all so I was quite pleased to have managed to get out for a ride  however slow and I quite enjoyed it

…and when I looked up, I was rather alarmed to see a hole in the sky.

However, nothing fell through it and I pedalled on unscathed.

I passed a field full of cows who were feeling much like I was from the look of them. 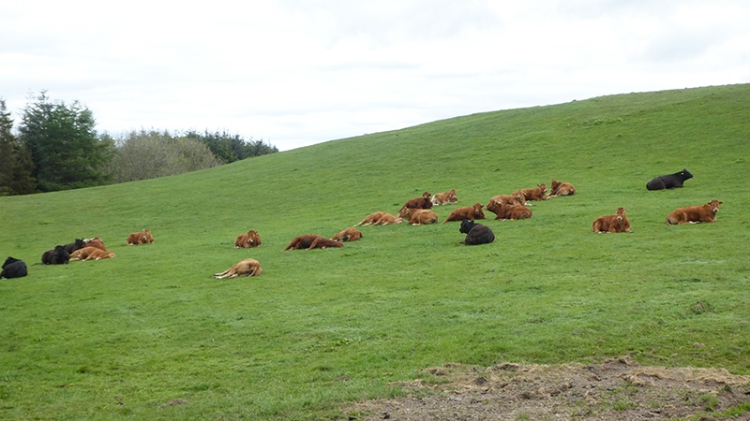 I don’t think that I have ever seen so many collapsed cattle before.

As I got near to the Canonbie by-pass, I cycled by some fields that had been mown for silage.  I can’t feel that there has been much growth in the grass but maybe the farmer felt that it needed to be mown before it dried out completely. 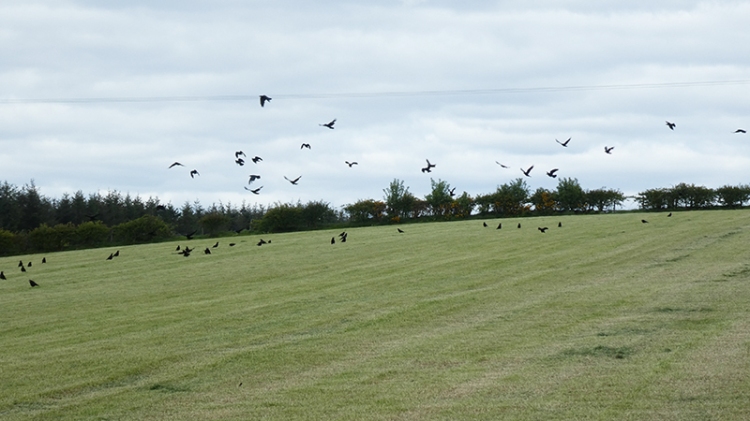 As I got near Canonbie itself, I noticed the first hawthorn blossom of the year in a hedge.

I liked this copper beech among all the greenery as I got nearer home…. 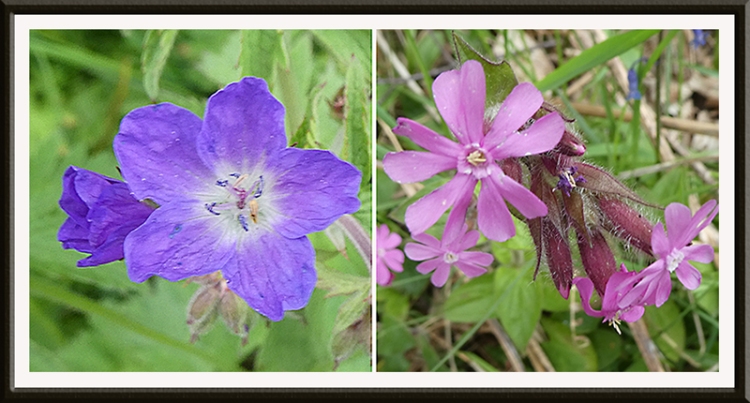 …and fine new cones on a larch tree by the river on the bike path.

When I got home, Mrs Tootlepedal was still busy taking out more box bushes and shaping some of the ones that are left.  She should finish the task tomorrow.

Near what is left of the hedge, a cheery potentilla has started flowering.

…and went in for a Garibaldi biscuit and a cup of tea.

After my regular sibling Zoom conference, I made cauliflower cheese for tea and then finished a day of video conversations by calling our recorder playing friend Sue.  Living in England, she is now able to go and visit her daughter who lives not far away, and this has cheered her up immensely.

That sharp frost and the death of the azaleas has really cast a long shadow over the day, especially as the azaleas were looking in good shape after a poor season last year.  Ah well, gardening is a vale of tears. 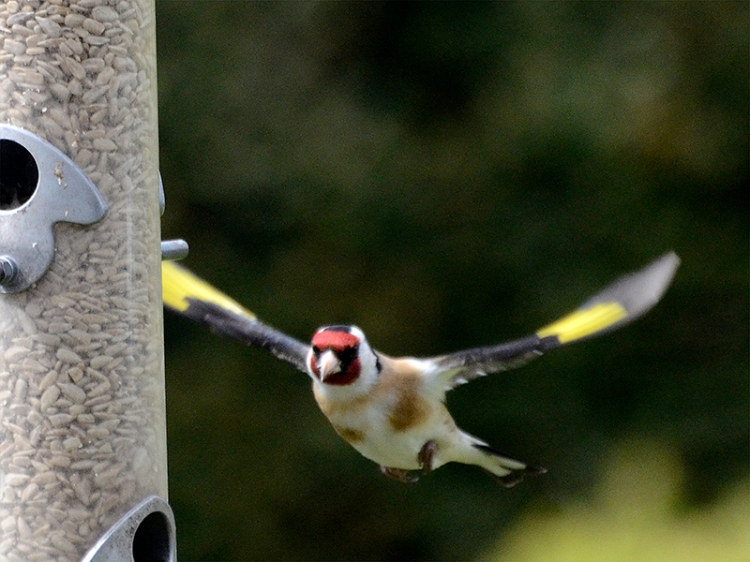