Today’s guest picture comes from our son Tony’s partner Marianne.  She shared her enjoyment of a view over the river Tay at Perth with some jackdaws.

I realised when I came to put this post together that I had included far too many pictures in it by accident so I apologise in advance and recommend that busy people give today’s effort a miss.

I spent the morning down at the community cafe at Canonbie Church with fellow camera club members Stan and Sandy helping to put up our camera club exhibition there.  It takes longer than you might think to hang thirty photographs so that they look inviting and well balanced even with the expert help of Archie and Beverley from the cafe.  The finished set up looked good and it is ironic that I should have forgotten to take a picture to show the exhibition in place.  I hope to cycle down to Canonbie soon and take a picture when I am there.

When I got home, I found Mrs Tootlepedal sitting on a garden bench looking intently at one of the flower borders.  She was watching our local pair of partridges and they kindly waited long enough for me to get out a camera before they marched off over the lawn, down the drive and away. 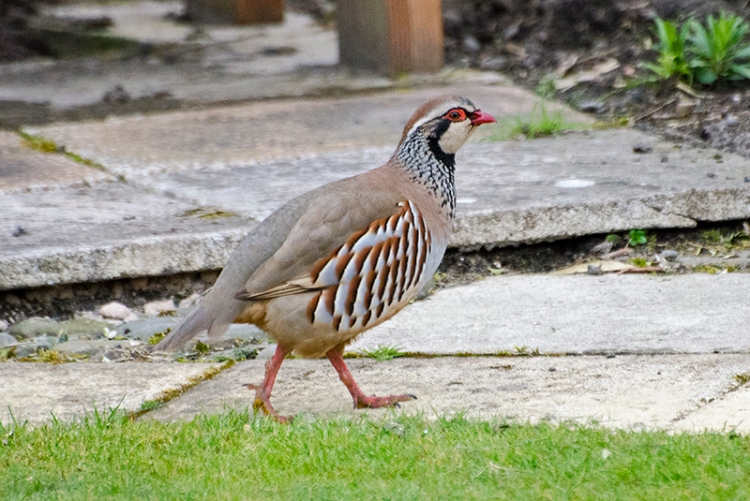 While I had the camera in my hand, I noted some daisies…

…the first open tulip of the year…

…and the unnamed little white flower which Mike Tinker told us last night is a cardamine, so it is no longer unnamed.

The feeder was empty so I filled it up and in no time at all, the birds were back in business.

Mrs Tootlepedal had been very busy while I was down in Canonbie and had discovered that the brick foundation which she had excavated yesterday ran the whole length of the bed that we were cultivating.

It would be too hard to remove it so the trench will be filled in and potatoes planted and then next year, it may all go down to grass.

Speaking of grass, I pushed my light mower over the drying green but grass was in very short supply and most of the area is covered in spongy moss with the occasional blade of grass sticking through. 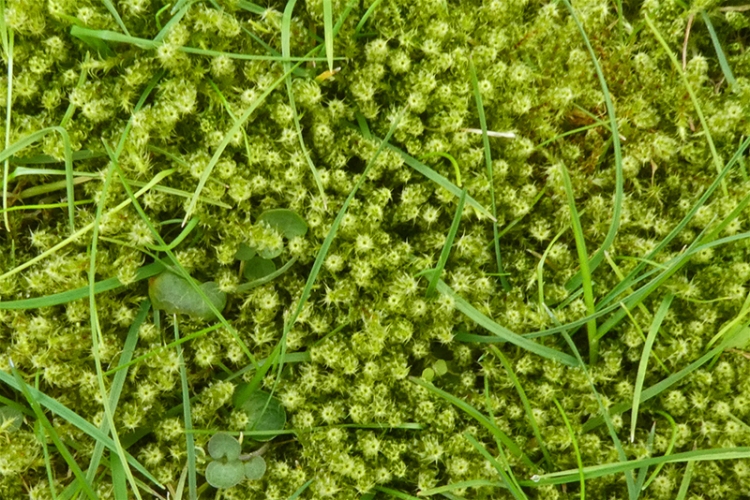 After lunch, I suggested a walk and Mrs Tootlepedal thought that that would be a good idea.  There was a light drizzle in the garden so we decided to go down to Canonibie in the hope that it might be drier down there.  It had been sunny there while we were putting up the exhibition in the morning.

It was rather grey when we got there but we parted the car at the bottom of the Byreburn wood and went for a walk anyway.  Mrs Tootlepedal spotted a fine display of wood anemones not many yards away from the car so that was a good start. 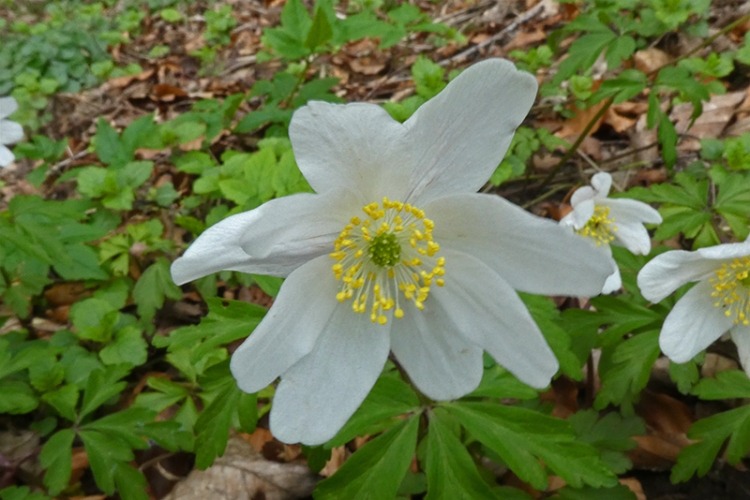 Our walk took us through the oldest part of the wood where there are many fine old conifers, including one of the earliest Douglas firs to come to Britain.

Although there are not many larches in this part of the wood, this one stood out with its fresh green growth.

As we went along, the wood got younger…

…and we finally emerged into an area that has been felled.  Here the path took a turn up a steep but short climb….

…which gave us a look back over the sawmill below.

Luckily, the path makers had thoughtfully provided a place of rest for the elderly walker at the top of the hill.

…passing this interesting tree on the way. 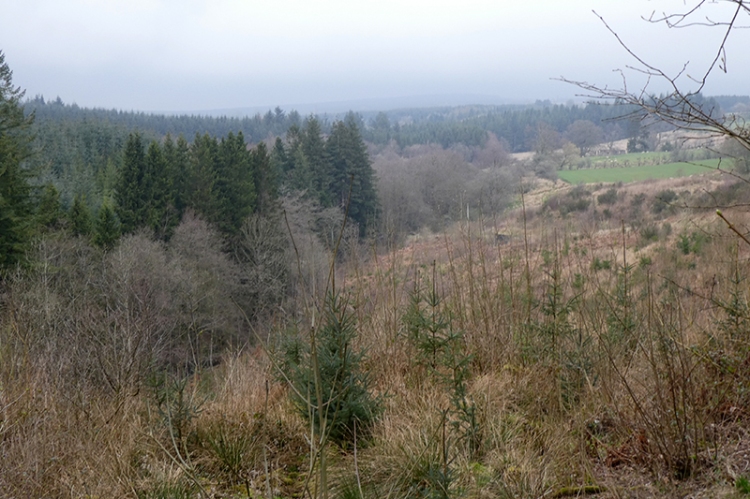 We continued on until we came to the road and then walked down to the Byreburn itself.  The willows have been outstanding this year and we thought that this showed how well they are doing.

We crossed the Byreburn by the road bridge and walked down the track on the far side of the stream, stopping at the Fairy Loup to record a clump of ladybirds on a fence post… 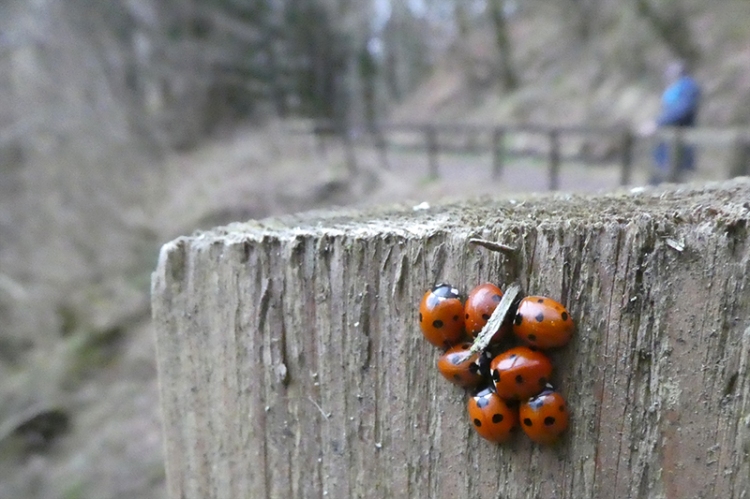 …and noting the very gentle trickle of water over the waterfall after a good few days without any rain.

This was a coal mining area once and an old engine house can still be seen.  It pumped water out of the workings beside the burn.

We were out of the woods now and walked back along the old A7 towards our car.

Just past the engine house was a patch of grass which was full of lichen.  It makes a change from moss.

We were on the flat beside the river Esk and the farmer had been out rolling his pasture which gave the fields a very well tended air. 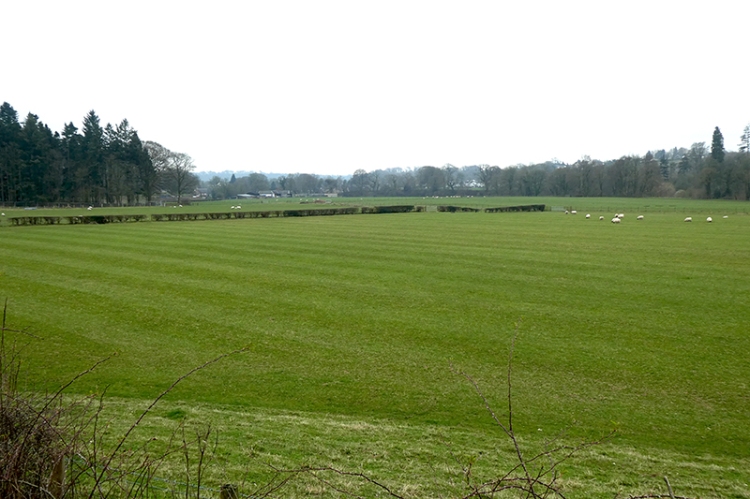 Then there were just a few celandines…

…a patch of blackthorn hedge…

…and a horse chestnut bud to record….

…before we got into the car and drove home, having enjoyed a walk, some of which Mrs Tootlepedal thought was entirely new to her.  It certainly had a great variety of surroundings and interest for its modest two and a half mile distance.

Not surprisingly, we were quite happy to sit down and have a quiet cup of tea and a rest when we got home.  It had been a strenuous day for Mrs Tootlepedal in particular with a lot of digging and delving in the morning.

The flying bird of the day is a female chaffinch. 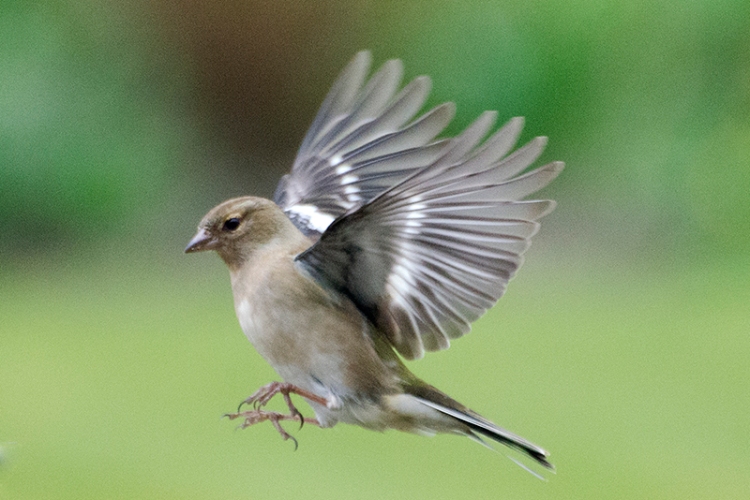 27 thoughts on “Hanging around”