I would like to thank everyone who took the trouble to comment on my wordless blog yesterday.  I can tell you that the original text which disappeared into the ether was just the usual stuff but it took me a long time to write  because I was tired and I was quite peeved when it vanished.  I sat down this morning to rewrite it but I couldn’t recapture that last thing at night feeling which usually animates me and gave up.  I will just say that Hermitage Castle is an impressive pile with a turbulent history-“the guardian of Scotland’s bloodiest valley’  – and well worth a visit if you are nearby.  Sandy gets the credit for spotting the tree creeper.

There must be quite a bit of pollen floating about at the moment because my asthma is annoying me.  It doesn’t do me any great harm but it does make me rather tired and I went round the morning run with Dropscone (who was on his smart new carbon fibre lightweight bike with proper clipless pedals) rather faster than was wise and spent the rest of the day moping around and grumping.  I can tell you that Dropscone’s bike has a down tube profile that  is bi-ovalised to mate perfectly with its oversized bottom bracket shell and deeper profiled chain stays.  I knew that you would be excited by this.

I am really feeling the lack of my zoom lens at present and the best I could do was to wander round the garden trying to take pictures of as many aquilegias as I could find.

There are quite a lot.

There are more but I couldn’t get at them to take a decent shot.

The week of dry, calm weather has let the peonies really shine this year.

They are a bit fragile and in a normal year, no sooner do they come out than they are zapped by heavy rain and squally winds.

The astrantias are developing well. I like these flowers which are each a miniature garden in themselves. 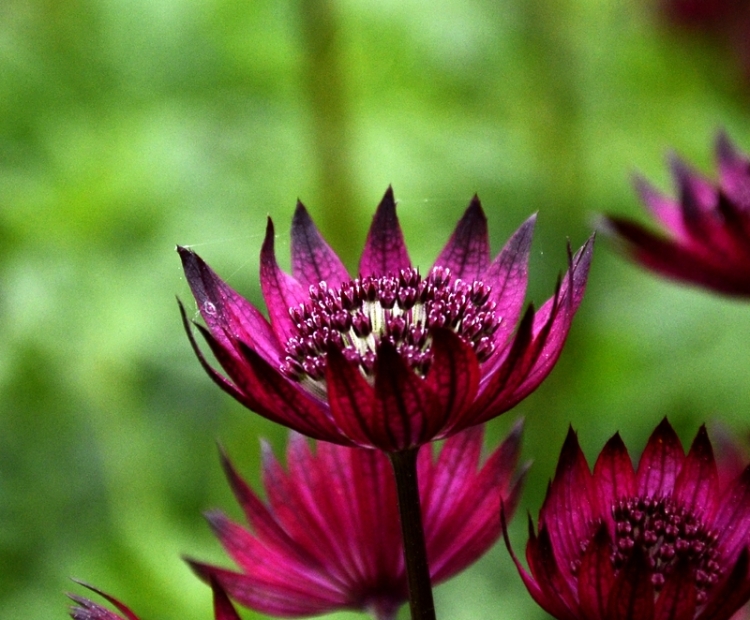 I was just snapping at the first daisies of the season….

…when Mrs Tootlepedal came up and complained that I wasn’t giving the vegetable garden enough respect so I went through and took this picture of some newly planted out runner beans (complete with the gardener’s feet). 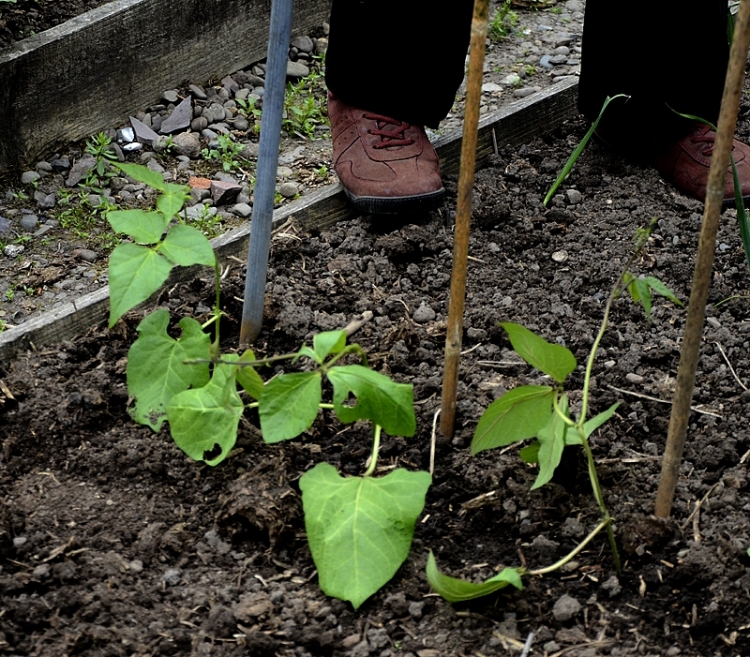 My view is that I will be happy to take veg garden pictures when I can eat the produce but i did my duty.   Mrs Tootlepedal has some comfrey growing in the veg garden.

This is quite decorative and attracts bees but its chief use is as green manure.

Granny took us out for a meal at the Douglas last night and we were struck by the fact that the flowers in the vase on the table were chives.  This was unexpected but charming.  Our chives are looking well too.

Having dome the veg garden justice, I went in and printed out two sets of leaflets for the Tourist Information points which I had been asked to provide.  There must have been some tourists about to make this task necessary.

After lunch, I put some straw down on the strawberries and considered netting them as they are developing well but in my lethargic state, I left that task to another day.

Mrs Tootlepedal is suffering from a sore knee so she sensibly took things easy as you can see.  Here she is relaxing.

The tulips and the daffs are finally gone and this plant will soon go too, though even in this state, it still looks  very elegant. 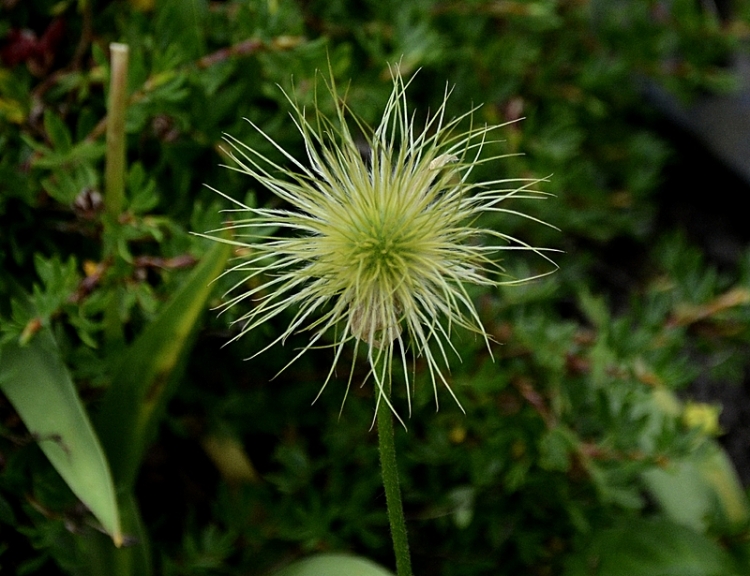 The alliums are sprouting up all over the garden and they are beginning to look as though they might be going to take over the world.  I caught four of them putting their heads together and muttering about revolution in the back bed. 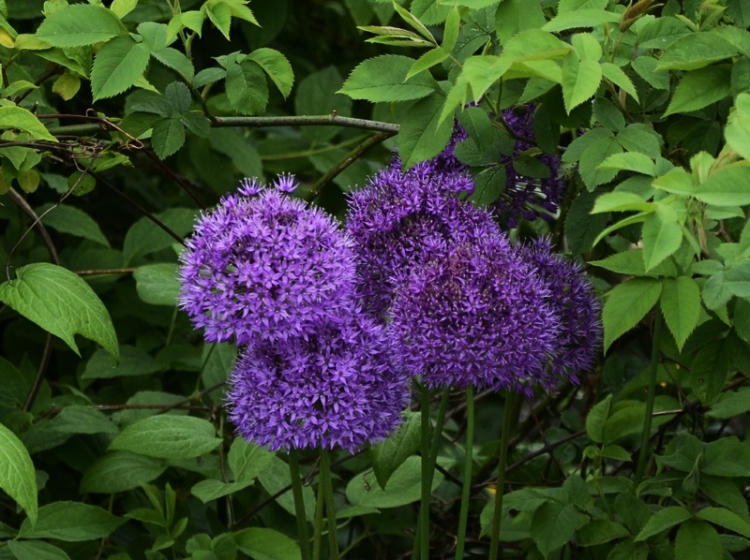 I felt a bit perkier later in the day and the arrival of my flute pupil Luke certainly helped as once again, he showed the results of solid practice.  He too is asthmatic and we are working hard to improve his breathing as well as his technique.

After a reviving meal of cottage pie, I ventured out to play some music with Isabel.  Our third player Mike was only just back from holiday and in no state to play so Isabel and I played four recorder sonatas, one by Telemann and three by Daniel Purcell,  the younger brother of the more famous Henry Purcell.  I bought these Purcell sonatas many years ago and I have only just started playing them.  They turn out to be charming and, just as importantly for me, not too difficult.

I had a go at  trying to catch a flying bird with my little lens and this was the result.  It looks like a young chaffinch. 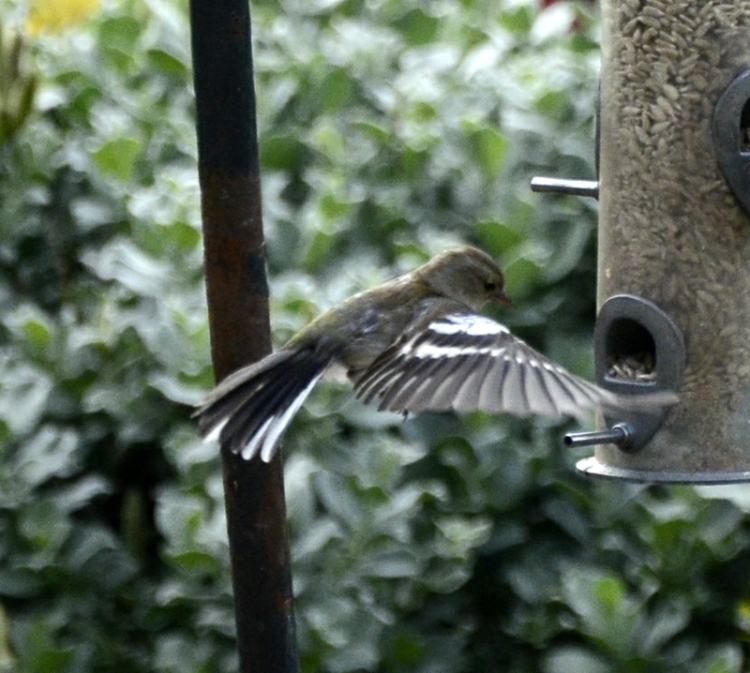