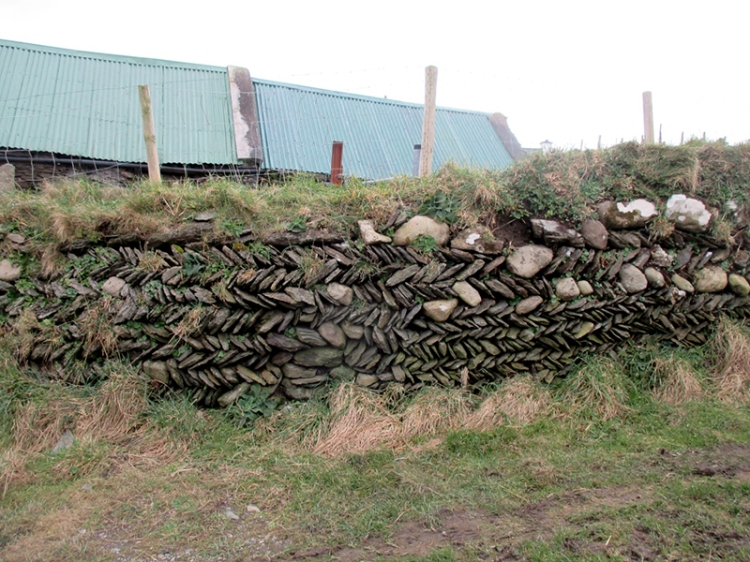 Our spell of calm, dry and chilly weather continued today with a bright, sunny morning making it possible to overlook the 2°C temperature.

It looks as though this pattern will stay with us for several days with the only difference being that it will be well below freezing every morning.

Under these circumstances, I thought it would be best to get a walk in today while the going was still good.  On the same basis, Mrs Tootlepedal did a little gardening.

I started my walk by passing the mouth of the dam, just where it joins the River Esk.  After flowing under the bridge and then past the back of our house, the dam disappears under roads and into a factory, where it supplies water, before it comes back into daylight here: 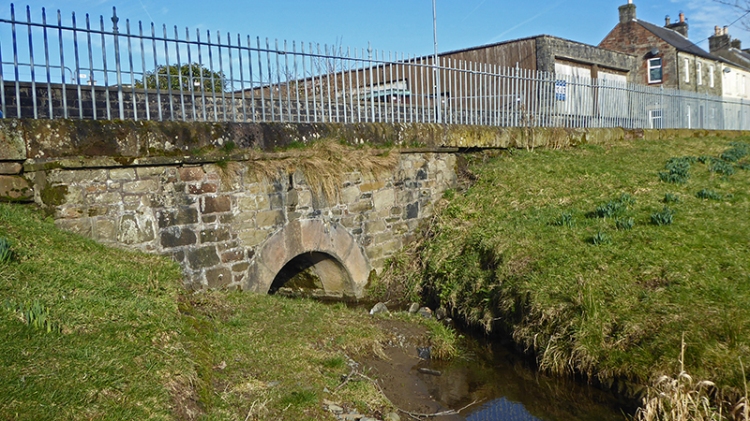 I was hoping to see interesting riverside birds while I was there but the cold weather has discouraged them and I had to make do with one of the resident ducks when I got the Kilngreen.

….where any flying action was largely confined to playing a game of musical posts. 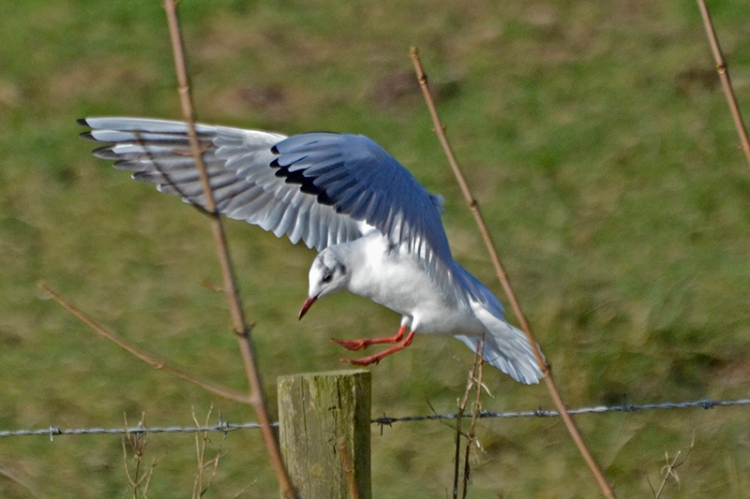 They did occasionally rise high enough in the air to be described as flying….

I got fed up in the end and walked on to find somewhere where more reliable subjects could be found.

Surprise, surprise, it was a wall.

It had a  wealth of interest on it.  I am getting more confused every day but there seems to be moss, liverwort and lichen all in a heap here.

My favourite patch was this one.

As I may have remarked before, it is amazing what you can see when you look.   I should acknowledge my debts both to Sandy, who showed me how to use a camera, and the New Hampshire Gardener, who consonantly inspires me  to look closely at the things I see.

I found another wall and met two very contrasting ferns on it.

I walked along the top of the wood above the Lodge Walks and once again admired the skill of the tree fellers who can leave a selection of trees standing while felling all around if they wish. 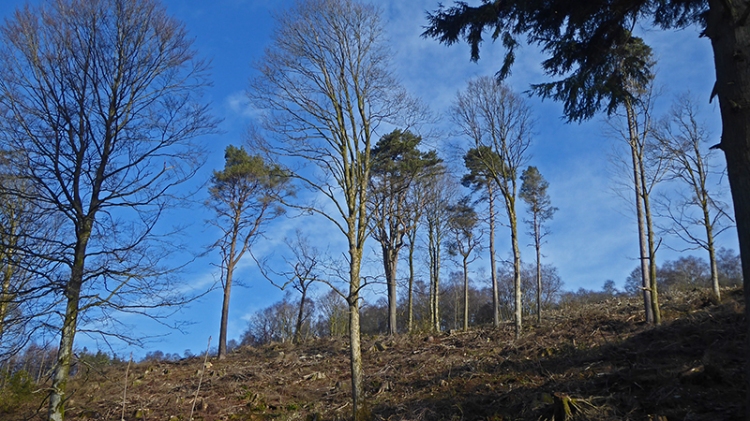 On my way, I was inspected by the locals… 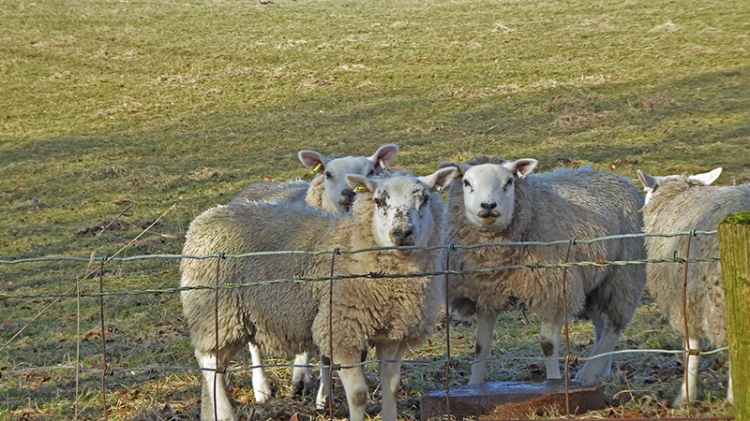 …and was intrigued by this tree. 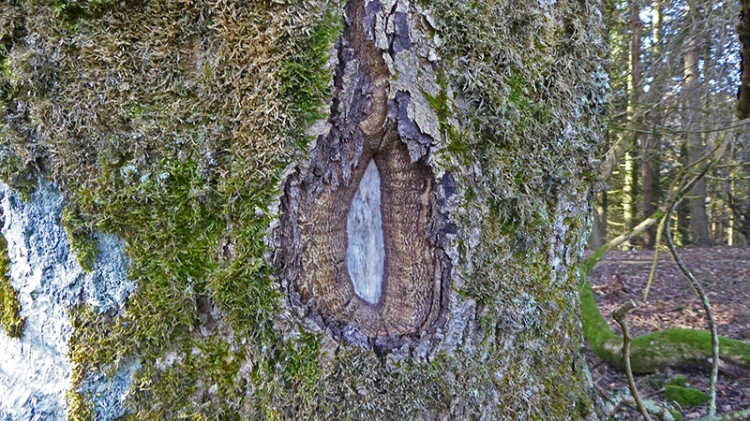 Would that little window open and a gnome pop out and ask me to buy a ticket for my journey?   (I think that the political situation may be destroying my mind.)

I walked down through the snowdrops at Holmhead.  They are just about at their best.

When I got down to the flat, I could see the ridge that I walked along yesterday.

I have to say that it seemed a lot steeper when I was walking up to the summit on the right yesterday than it did when I was looking at it today.

Further on, I saw more moss…

…which was not too difficult as there is moss everywhere at the moment after some very wet years.

I got home in time for a cup of coffee, fairly swiftly followed by lunch and the traditional Thursday trip to Edinburgh to visit Matilda and her parents.

We always leave in plenty of time as there is a bumpy and winding road on the way to Lockerbie but this leaves me with time to stand on the platform and look around.  I love the tower of Lockerbie Town Hall.

I like the fact the clocks show slightly different times and often wonder if anyone has ever stood on the balcony and addressed the crowds below or perhaps blown a fanfare.

I didn’t have as long on the platform as I usually have as incredibly the train was on time today.  Not only that, it actually arrived in Edinburgh a little ahead of schedule and there was a bus at the bus stop to take us down to Matilda’s almost as soon as we had stepped out of the station.

We were punctual to the dot so it was no great surprise to get a text from Alistair to say that they hadn’t got home yet.

Still, the great thing about cities is that they have shops there so we were able to kill a little time without any difficulty.

We had a most enjoyable visit, being thoroughly entertained by Matilda and well fed by her parents.  And Mrs Tootlepedal had bought one of her sticky toffee puddings with her.

The journey home went as well as the  journey up and we arrived back to find that not only had the builder finished installing the pavement kerb on the bridge but the gaps had all been filled up and things look as though they are now ready for tarmac.

I did find one sympathetic gull this morning and it is the flying bird of the day. 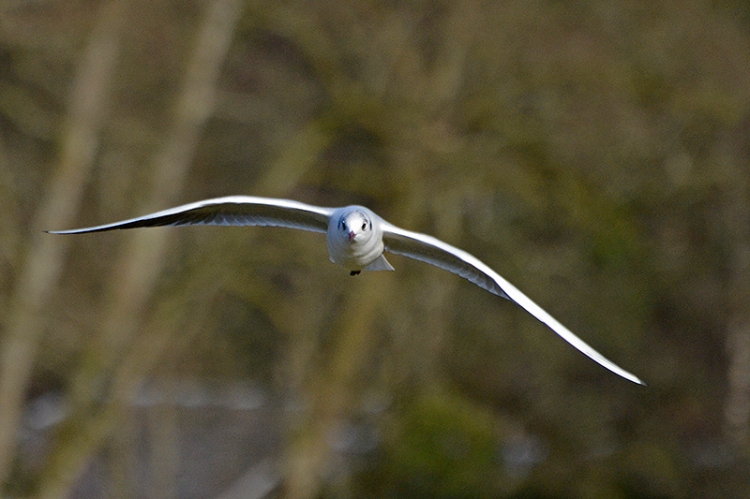