Today’s guest picture comes from Bruce’s Highland tour.  He stopped to take a picture of the Connel Bridge on the Oban road.  He has had lovely weather for his trip. 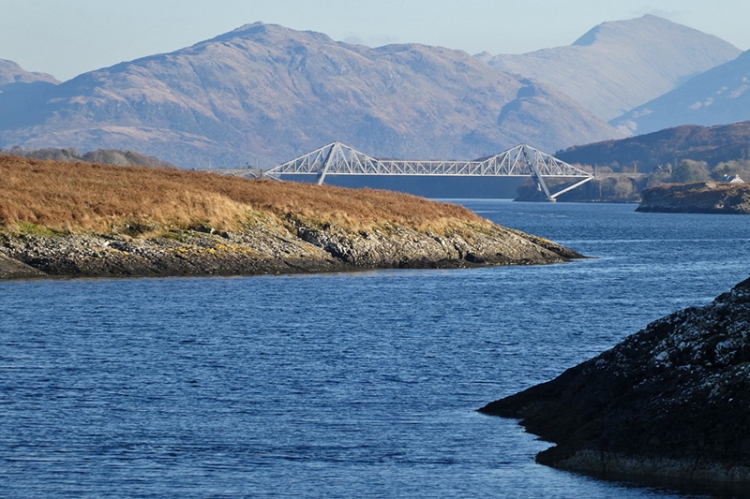 Our spell of sunny weather came to end today and it was rather chilly and grey with a brisk wind.  I am still looking after my leg so I was very happy to stay out of the wind and entertain Sandy to a cup of coffee.  While we were sipping and chatting, Nancy, our fellow archivist, arrived with the final sheets for 1898.  Every time we embark on recording a new year of the paper, we feel a surge of satisfaction.

When Sandy left, I watched the birds for a bit.  We are still not getting a great deal of traffic but from time to time, the feeder does get busy.

…though some still needed a steadying wing.

Trying to catch a coal tit in flight was as tricky as ever.

Rather than face the chilly wind, I put some time in on the bike to nowhere in the garage.  It is a little dull but it does have the benefit of allowing me to moderate the effort I put in and keep things smooth.

Then I made some vegetable soup for lunch and was able to use an onion and potatoes from the store in our garage.  The onions will soon run out but there are a fair number of potatoes still to go.  It is doubly warming to eat a soup with home grown veg in it.

While I was making the soup, I kept an eye out.

The best looking chaffinch of the day was loud and proud….

…but down a below, a blackbird was skulking around. 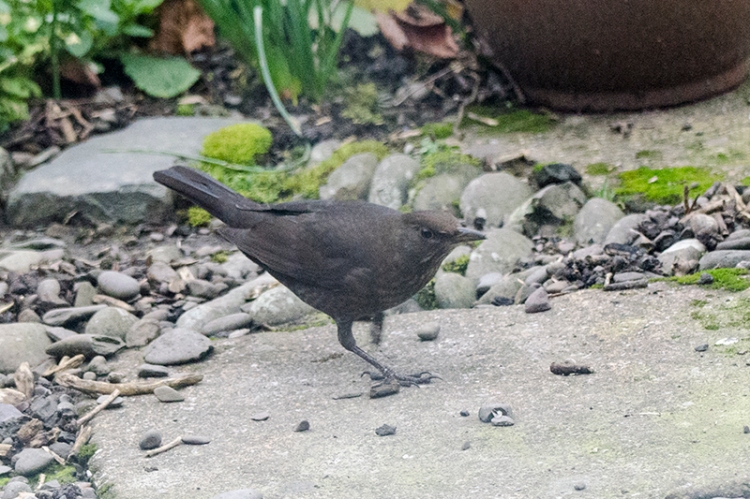 After lunch, I went for a walk and as my leg seemed to have taken no hurt from the morning pedal, I even ventured on a slightly more hilly route and went round Gaskell’s Walk. 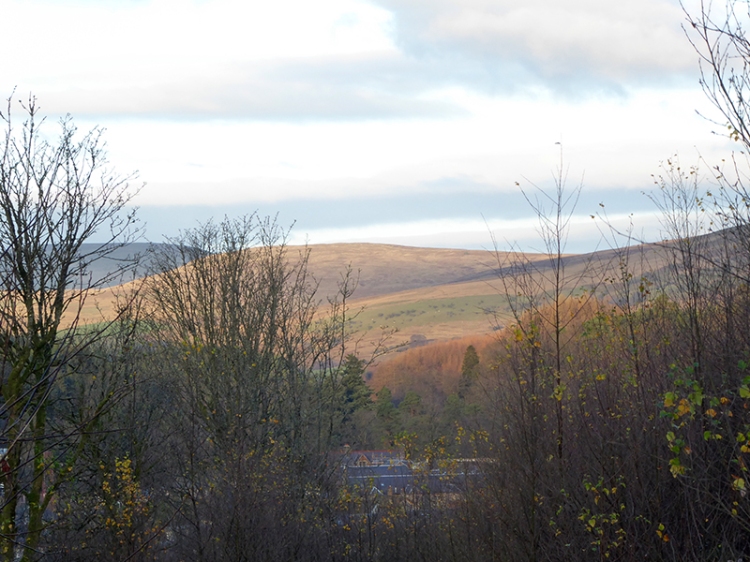 …but it wasn’t shining on me down in the valley below.

There were things by the way to keep my kind off the chill.  The fence post at the Auld Stane Brig was a positive garden of delights today.

A fallen log was playing host to moss and fungus 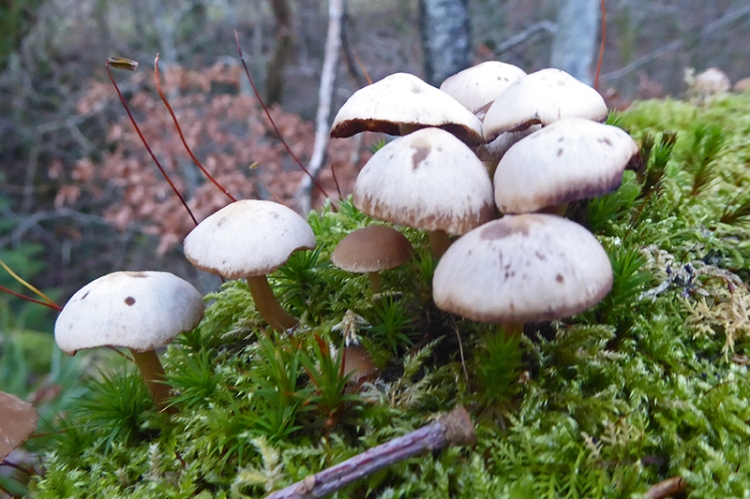 And the back of a fern revealed a delicate tracery.

When I got to the park, I thought that I ought to show the park wall in all its mossy glory…..

…and not just pick out the detail on the way. 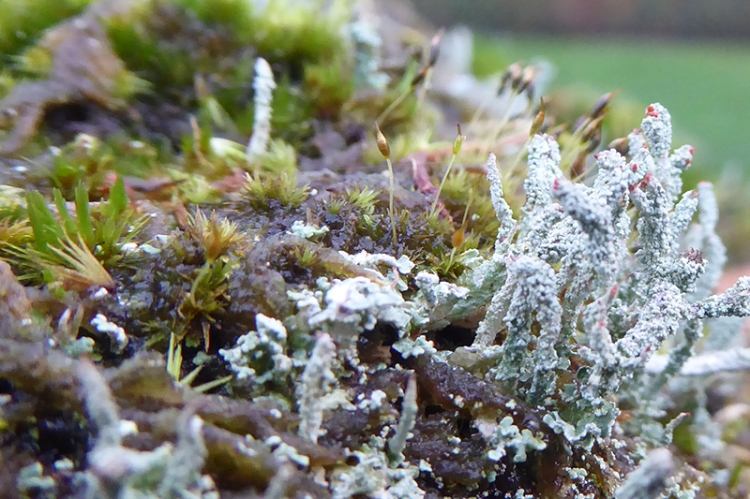 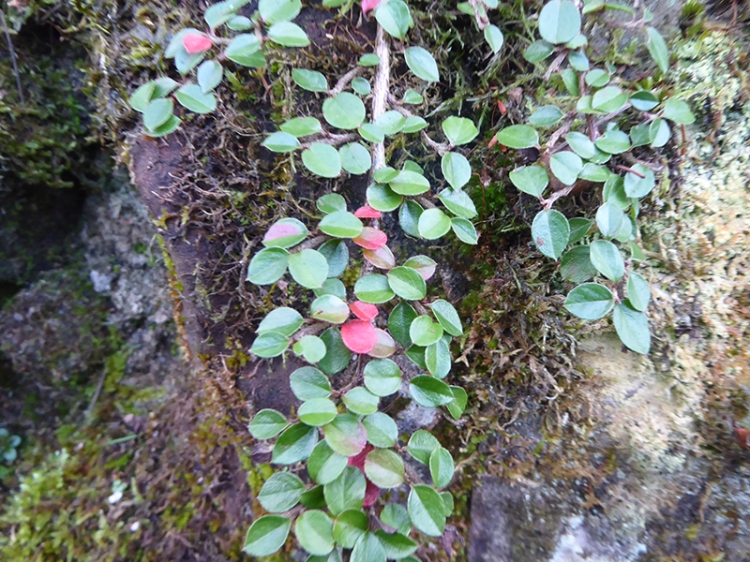 When I put the pictures from my walk on the computer in the evening, my favourite was this view of Meikleholm Hill, not just because of the sun on the hillside but because of the smoky effect of the willowherb seed heads in the foreground. 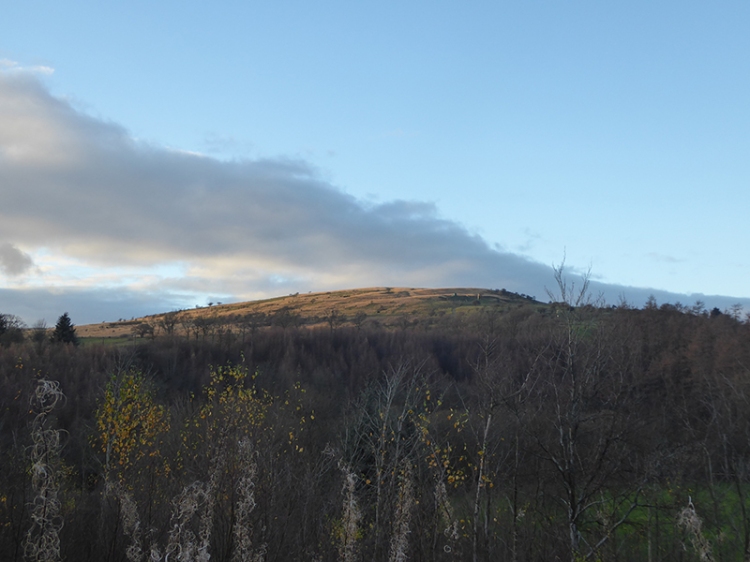 When I got back, I made a cup of tea for Mrs Tootlepedal, who had been busy at her pantomime dressmaking (there will be plackets) and Mike Tinker who called round.

They arranged to go to a public meeting in the evening regarding our local newspaper which is now owned by a community company.  I would have gone too but it was camera club night.

The next business was playing duets with Luke.  I am rather cross with him as it may well turn out that he will be a better player than me.   Ah well.

Mrs Tootlepedal cooked me  delicious fry-up for my tea and I went off to the camera club to learn about taking portraits.

Because of the newspaper meeting, our numbers were a bit down but two members had brought lighting equipment and there was lively discussion about lighting kit and exposure meters and members volunteered to be sitters.  I had a go at shooting them.

There is always plenty of discussion at our meetings and Thomas can be seen here showing Stan some of the many capabilities of the camera on a mobile phone while Corrie looks on.

I took this picture with my new mobile phone which arrived today.   I am very pleased that the camera looks to be quite a bit better than the one on my old phone.

I will try to up my exercise a bit tomorrow, either inside or out as the weather permits.

The flying bird of the day is a ‘just-in-time’ chaffinch.