Today’s guest picture comes from my brother Andrew.  He came across this wonderful cave on one of his walks.  Thor’s Cave (also known as Thor’s House Cavern and Thyrsis’s Cave) is a natural cavern located at in the Manifold Valley of the White Peak in Staffordshire, 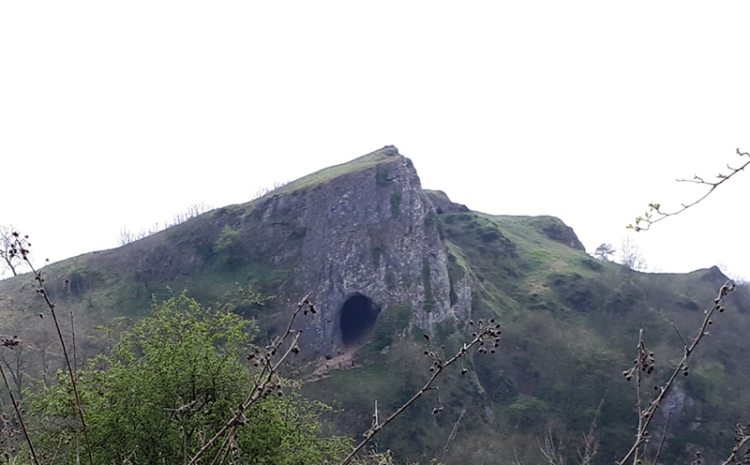 I got up quite early for me but an early bird had got up even earlier.

A partridge was out after seed rather than worms.

After breakfast I drove our Kangoo down to Carlisle where I traded it in for a smaller little white thingy which we hope is going to carry us about but need a lot less in the way of running  repairs.

I checked that the new car was going to be fit for purpose by stopping off on the way home to buy a big bag of bird seed.  The car carried it well.

Mrs Tootlepedal couldn’t come with me as she had to stay at home as the garage doors were being painted and she was waiting for a gas engineer to arrive.  The gas engineer had not arrived by the time that I got back and I had time to look at a bee on a dicentra..

…the trillums, which continue to do well in a shady corner…

…and signs of good things to come.  The first flower on the strawberries, the first row of lettuces and some broad beans waiting to be planted out.

The painter finished the undercoat and the gas engineer arrived.  He came to service the boiler which had developed a fault. He discovered that the boiler needs  a new part and we need a new thermostat and as he didn’t have either, he will come back tomorrow and fit them then.

After lunch, we tested the new little white thingy to see if it was up to Mrs Tootlepedal’s requirements by going off to collect some wood chippings to cover paths between the new beds in the vegetable garden.  We filled up the boot with buckets of chippings and we were nearly home, when I forgot that the new car is an automatic and stood heavily on the brake thinking that it was the clutch.  This brought the car to a sudden stop and tipped all the buckets of wood chips over.  What fun we had clearing the chippings out.

I will have to practice driving without a clutch and gear stick.

I sat down to watch the birds for a while and to recover from all this excitement.

The birds were rather dull.  First a set of goldfinches…

…and then a more varied selection. 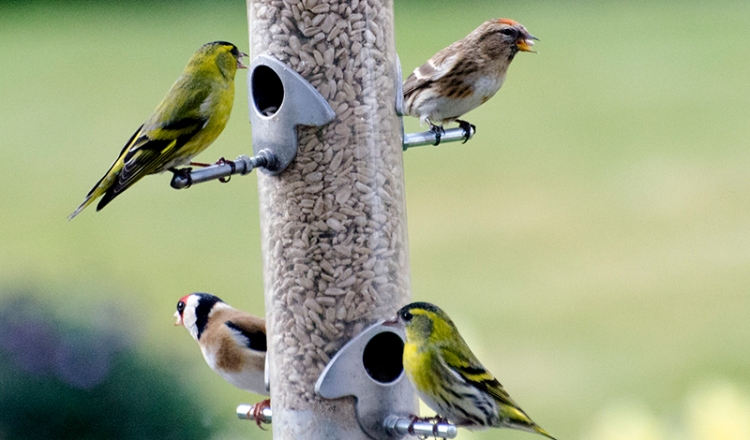 But there weren’t many and so I went out and looked for bees in the garden.  They were quite a few buzzing about, visiting the apple blossom… 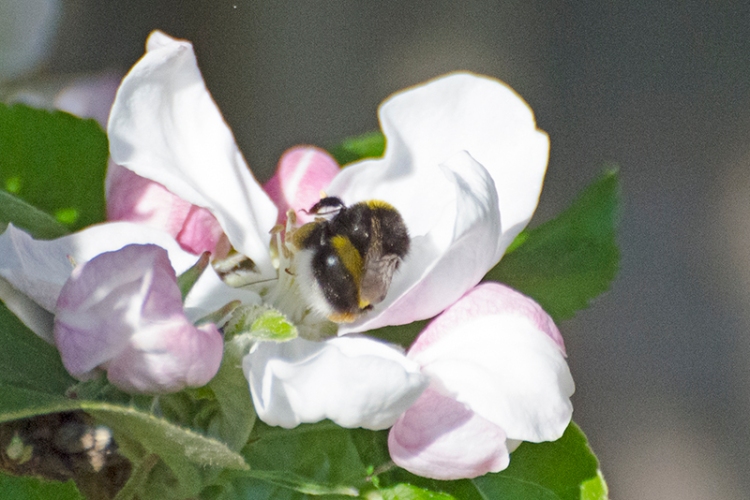 …and hanging out on the rosemary with well filled pollen sacs.

Back on the feeder pole, a blackbird issued a challenge to all comers…

…and waited to see if anyone would take him up.

In the early evening my flute pupil Luke came and we had a useful session, concentrating on musicality and phrasing to good effect.

After he left, I got my bike out and went off to see if my feet were up to a few miles pedalling.

It had been a beautiful sunny day but I hadn’t got far before the clouds gathered together to blot out the sun .  However, it was warm and dry so I enjoyed my ride.

I stopped to look at two lambs… 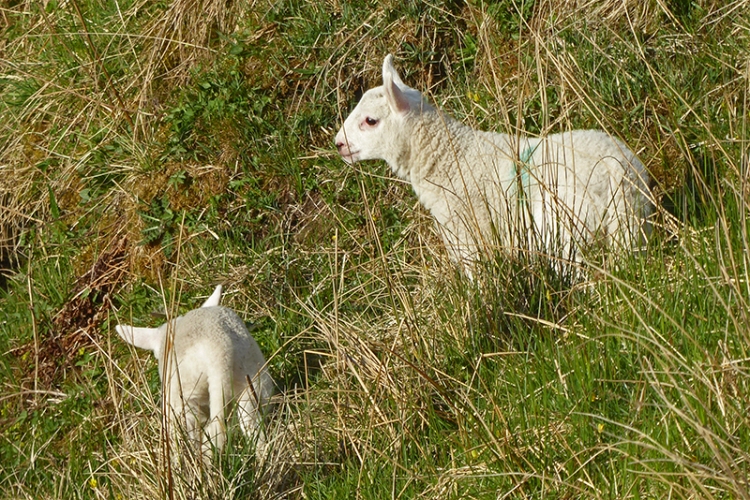 …which were bleating loudly.  I soon found out that this was because they were part of a small group of lambs on one side of a little stream and their parent were on the other side, also bleating loudly. 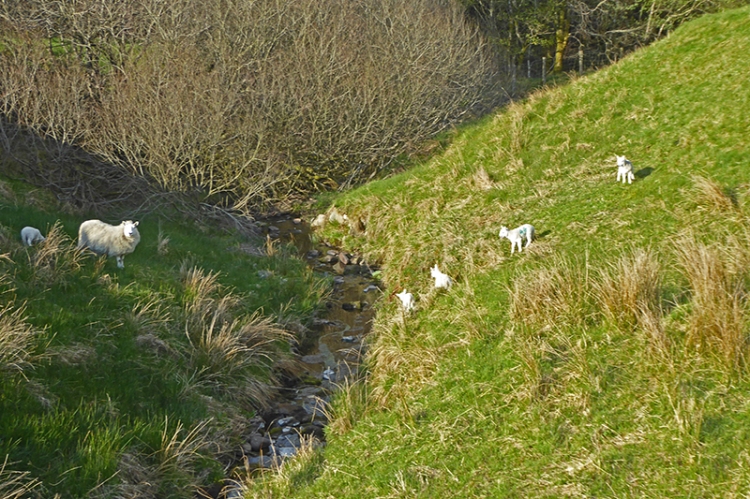 The lambs got safely back across though and by the time that I came past on my way back, the families were reunited.

While I was taking these pictures, I was passed by a couple of young ladies out for a bike ride themselves.  Seeing them whizzing up the road, I thought that I ought to try a bit harder too and although I couldn’t catch them up, I pedalled a lot more quickly than I usually do.  Luckily they turned off before I killed myself but all the same, my average speed for my little 12 mile ride was considerably faster than of late.  Pride is a great motivator.

Mrs Tootlepedal had cooked an tasty meal and I was pleased to sit down and eat it when I got home.

We are expecting the painter, the gas man and an electrician tomorrow so it will be a full day.

Flying birds were few and far between and this one nearly got a way before I could catch it.

39 thoughts on “Putting my foot in it”