Today’s guest picture has gone all Instagram and shows a rather dainty meal that my two oldest sisters enjoyed on  a bank holiday outing last Monday.  It is only here because I have run out of up to date guest pictures again.  I thank everyone who sent me pictures that I didn’t use because I had too many at the same time and if necessary, I will delve into the archives to retrieve one or two.

We had another frosty morning here today but things warmed up quickly and with a light wind and some sunshine, it turned unto a very reasonable day.

I echoed the frosty start by applying a pack of frozen peas to my ankle and this had the effect of enabling me to walk about a bit more comfortably than I had been able to do yesterday evening.

All the same, I kept pretty quiet and cycled very carefully up to town to run a couple of necessary errands.

When I got back, the sun tempted me to walk round the garden.

There are Welsh poppies on every side now… 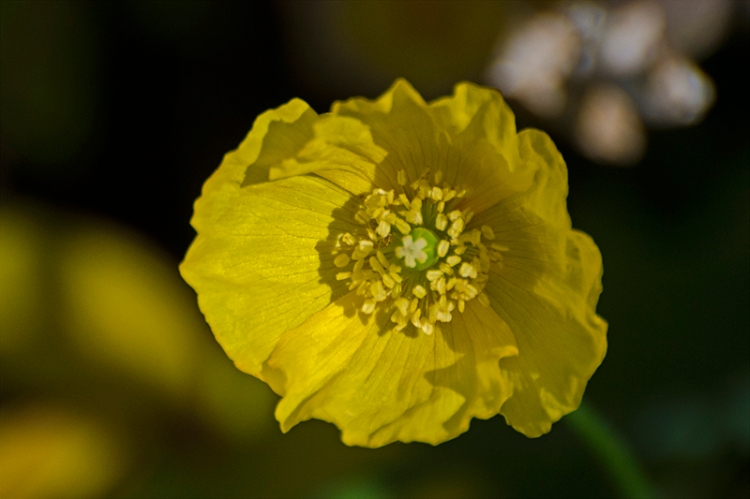 …and it is lilac blossom time too.

…but the alpine clematis looks as though it has had one too many chilly mornings and seems a bit depressed. 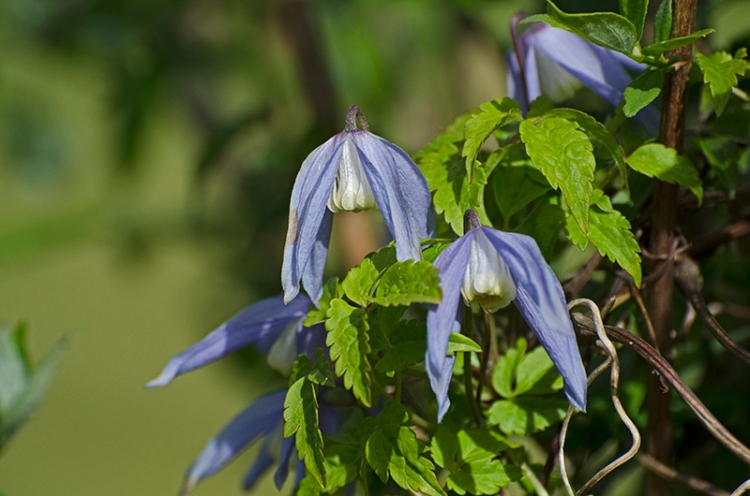 Generally though, the garden looked a bit more cheerful in the sun and there were more bees about…

…though not nearly as many as we would like.

The house was in some confusion as we had the joiner in doing repairs but I found a quiet corner to do the crossword and catch up with the news in the paper and when the joiner had finished, I made some lentil soup for lunch.

I wasn’t the only one thinking of food…

…but at least I got something to eat unlike the sparrowhawk who flew through without success and turned its back on the feeder in disgust.

I don’t know whether this is a young bird but we have have several visits from it without losing any of our smaller friends lately so maybe it needs practice.

After lunch, I had another wander around.  With a forecast of warmer weather to come, perhaps the rhododendrons and azaleas will at last come fully out.  They are ready. 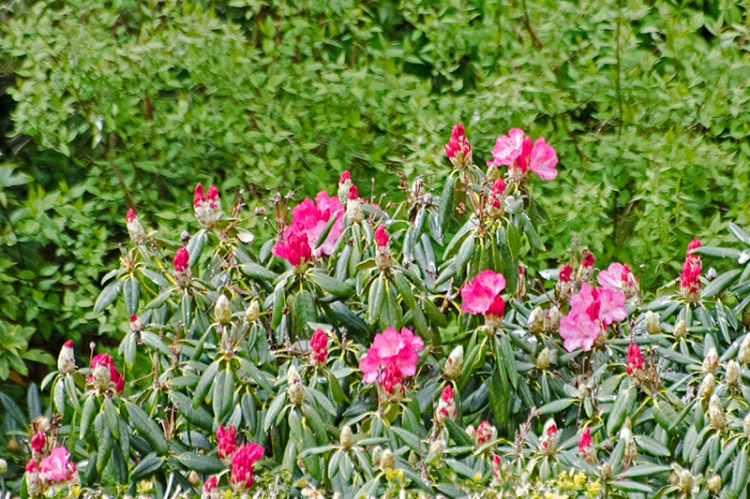 …and I was very pleased to see the first pair of Dutchman’s Breeks of the year. 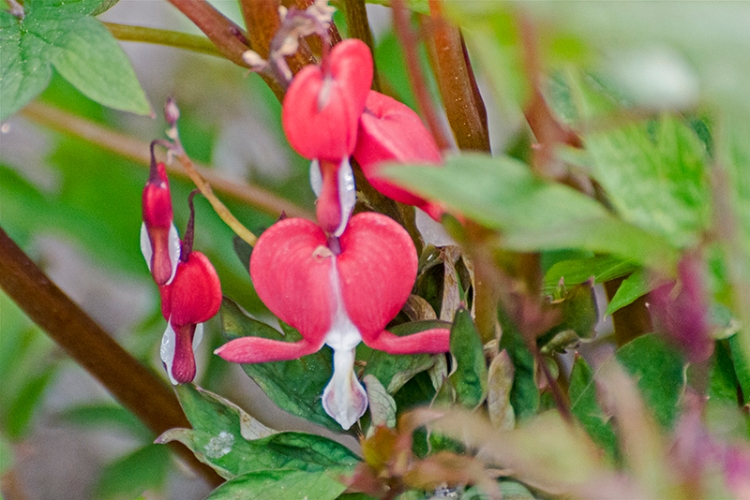 It is also known as Bleeding Heart and I would call it a Dicentra but I see that I should really call it Lamprocapnos spectabilis now.   It is easier to spell Dicentra so I may keep calling it that.

…and in the pond, this tiny little creature was whirling round in circles creating waves. 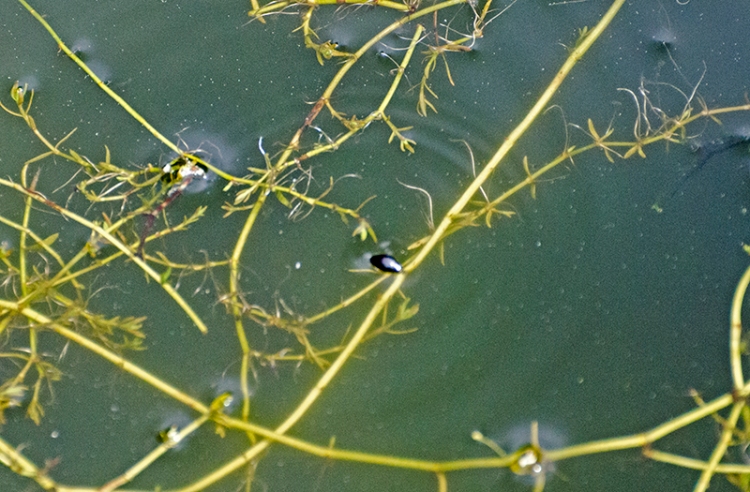 I think it may be the aptly named whirlygig beetle.

With a walk being out of the question, Mrs Tootlepedal came out with me for a short drive.  We started by visiting a very fruitful conifer a little way up the Wauchope road

It is very colourful sight with its mass of cones, some red and some brown.  I would welcome information from those who know as to whether the red cones are flowers and different from these cones on another branch…

or whether they just the first stages and in the end they will all look the same.

We turned and drove back through the town and then up the hill onto the moor in the hope of seeing a hen harrier for Mrs Tootlepedal.  And on this occasion, her hopes were fulfilled as she was able to track a harrier flying across the moor and then soaring into the sky.

She followed it with binoculars but it was too far away for a photograph so I settled for a scenic view instead.

The moor is not being grazed by sheep at the moment and this has led to young trees being able to take root and grow without being nibbled and I liked the symbolism of fresh trees growing in a disused sheep pen down in the valley below.

Driving our new electric car is a roller coaster experience and as we went up the hill, the gauge which shows how many theoretical miles we have left dropped like a stone and we lost many more miles than we actually travelled.  However, as we came gently back down the hill, the gauge rose like a lark and we got back all our lost miles.  From a purely driving point of view, the car floats up the hill effortlessly.

In the evening, Mike and Alison came round and while Mrs Tootlepedal and Mike discussed gardening, Alison and I played a few sonatas.  We haven’t played for a bit and I found my fingers were very rusty but we had an enjoyable time nevertheless.

It was election night in Langholm, the time for the townspeople to chose the young man who will be cornet and carry the town’s standard at the Common Riding in July.  Mrs Tootlepedal and I had cycled along to vote earlier and as Alison and I played, the Town Band marched past our window, leading latecomers to the ballot box.  As they weren’t playing at the time, I didn’t notice them until they had gone past.

I didn’t find a flying bird today and I name the guilty (but hungry) party. 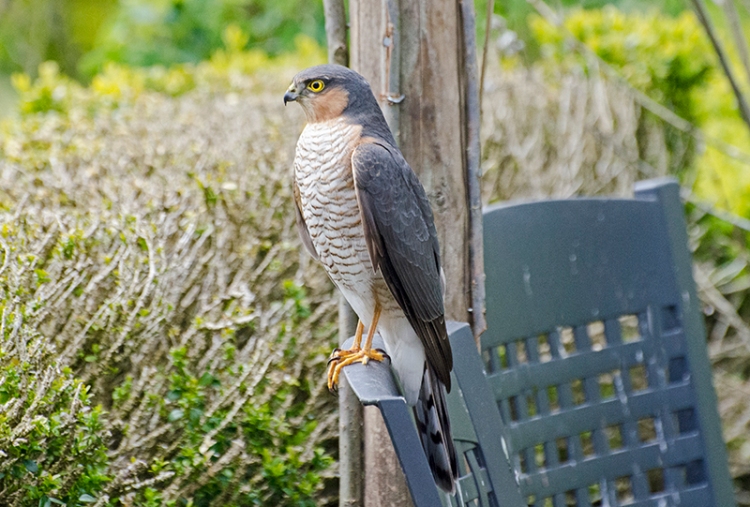 21 thoughts on “Feeling the cold”