Today’s picture shows Mick, a very nice man who came and fitted a dish to our chimney  and two Freesat boxes to our and the B&B TVs just in time for us to watch the Tour de France on ITV4.  We couldn’t get ITV4 through our old aerial so this was a novelty and we had a very eventful stage to watch.

I was up and away before eight o’clock in the morning to take advantage of the best weather and I had completed the 28 miles Tour de Chapelknowe by ten which was a good start to the day.  I noticed Dropscone also finishing an early ride but in the opposite direction as I came back into town.

The buttercups in the fields I passed show no sign of going over yet.  They are spectacular.

After a quick cup of coffee, I went up to fill the Moorland feeders and enjoyed forty minutes of being entertained by the woodpeckers. 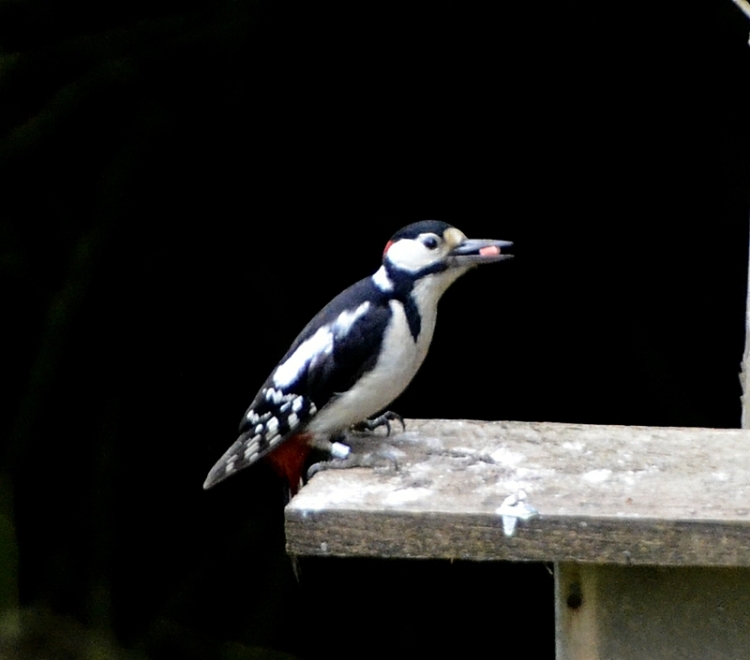 They have taken to searching through the mixed seed to find these cylindrical titbits. 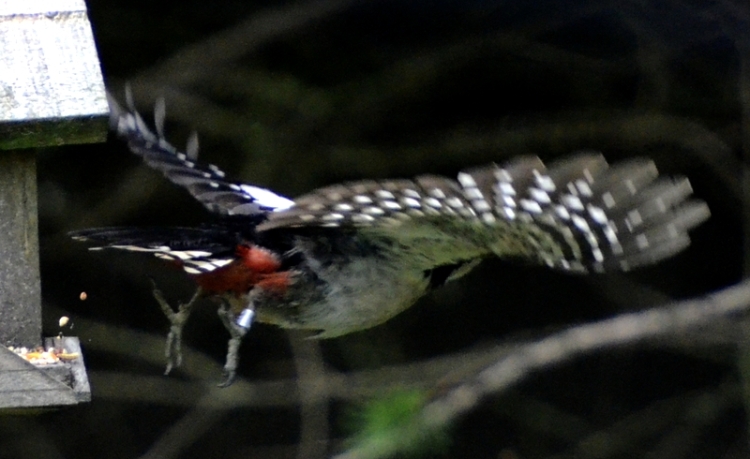 ..or simple flying too fast.

They are easier to catch when they have been glued to a tree.

When I got back to Langholm, it was my turn to watch over the photo exhibition for a couple of hours.  Sandy dropped in to have a chat and then went off to photograph the nesting swallows.

When I was relieved of my duties, I came home and mowed both the lawns.  They have responded well enough to treatment to merit a picture.

It was soon time to go back to the photo exhibition for the last time and take down the pictures.  We had had more than 100 visitors over the two weeks and the comments had been very heartening but we will have to see what we can do to arouse more interest if we try again next year.

During the afternoon, I was able to admire the roses which are starting to make a show. 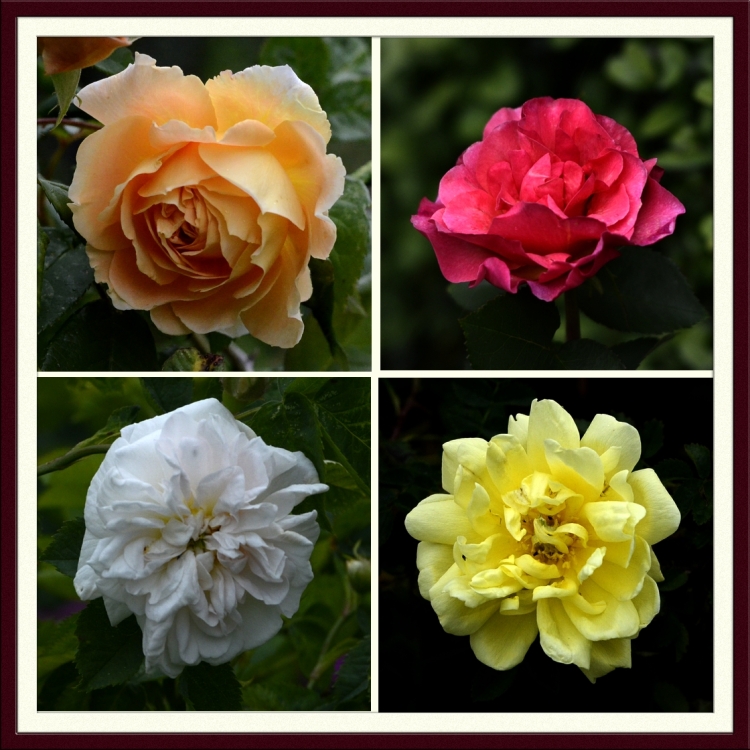 My walk round the garden was accompanied by the continuous buzzing of bees and other insects.

A large clump of geraniums couldn’t fail to catch the eye.

I was a bit sniffy when Mrs Tootlepedal brought this rodgersia to my attention and thought that it was dull.  Closer inspection reveals that it is a very pretty flower. 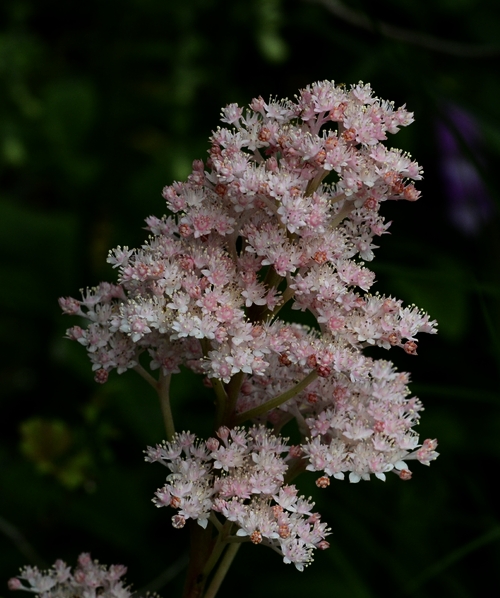 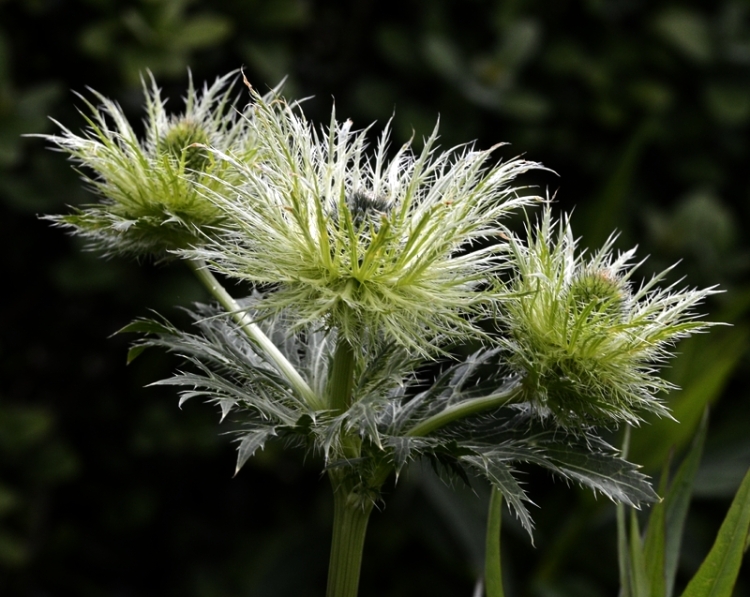 …as well as looking splendid when they are fully out and dramatic when the are over, as I hope to show in time.

Mrs Tootlepedal accompanied on one of my strolls and we nearly trod on this fluffy siskin which munched away at the seed on the ground without paying us any attention to us at all. 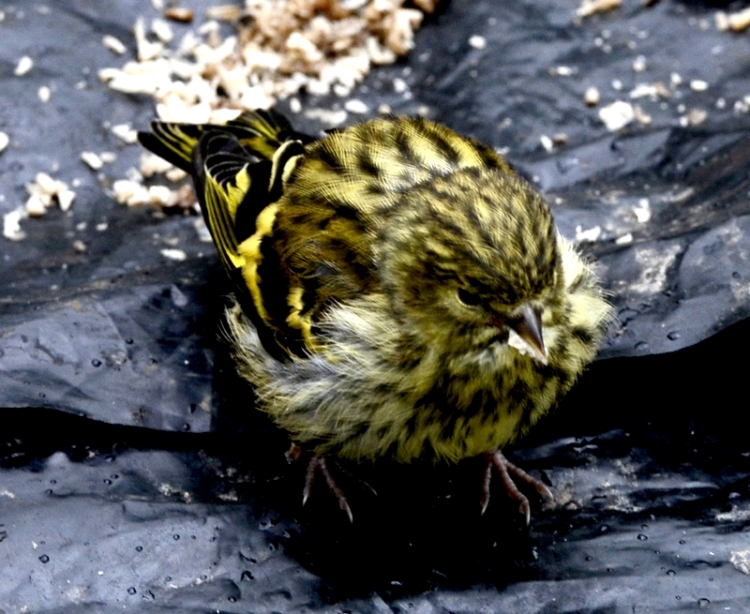 Other siskins were more energetic…

A very young sparrow managed to find a spare perch.

We had a B&B cyclist who arrived feeling quite puffed out having bicycled from Dunbar into the wind all day.  He reckoned that he had done about 10o miles.  I would have been more than puffed.

After an early tea, we set out for the Langholm Parish Church and the second of our two performances with the Langholm Sings.  There were a lot of competing events on the town tonight and we were pleased to draw an audience of over 60 who seemed to enjoy the concert.  The church is considerable larger than Kirkandrews where we sang yesterday so it was slightly less satisfactory for us to sing in, as we didn’t get the same feedback as we sang but the audience seemed to think that we had made a good sound.  We are taking a break until September after this effort.

Although I have enjoyed taking part both in the photo exhibition and the concerts, it will be a bit of a relief to have no commitments for a while at least.

The flying bird of the day is two graceful siskins, one flying and one nearly flying.