Today’s guest picture is from the files and shows the Rotunda Geological Museum in Scarborough.  It was taken by my sister Mary during my siblings visit to the town back in December.

The new year continued in excellent form today with another bright and sunny day, cold but not freezing, and with a light breeze.

This made the job of acting as substitute feeder filler at the Moorland Feeders a great pleasure.  Mrs Tootlepedal came up with me and sat in the car looking over the moorland in the vain hope of seeing interesting raptors while I filled the feeders and then sat in the hide.

Mrs Tootlepedal’s raptor viewing chances may have been severely handicapped by the loud banging of guns nearby as shooters popped away at the poor pheasants.  Inside the feeder area, the pheasants were more secure…

…with a different sort of shooting being the order of the day.

I saw a jay and one or two woodpeckers….

…at a good distance from the hide and several smaller birds rather closer.

Unlike my garden feeders, the moorland site was very busy and I had a lot of fun watching hordes of chaffinches.

It was time for coffee when we got back and then, since it was still a really fine day, I popped down to the river in search of a dipper in some good light.  When I got to the suspension bridge, I was nearly deafened by two robins in neighbouring trees belting out their songs at full volume.

I didn’t see a dipper though so I walked along to Mary Street and had a look at the river there.  Mr Grumpy and gulls were both in evidence…. 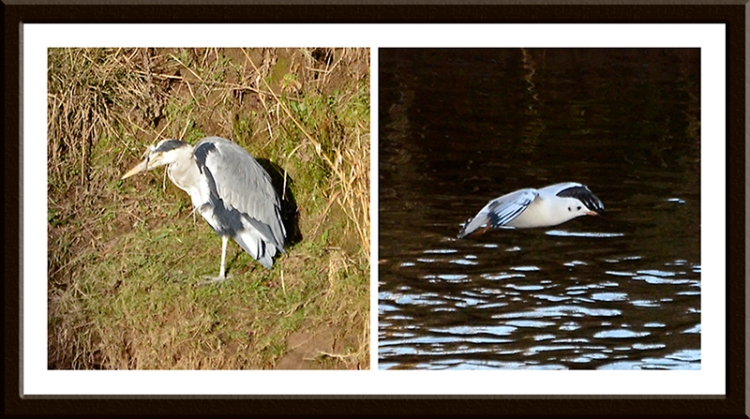 …but I was reconciled to the lack of dippers by the presence of a goosander, standing on a rock giving itself a good wash and brush up.  After a while it was satisfied…

…and left its rock and swam off upstream.

I got home in time for a look at the garden feeder….

…and a light lunch.

After lunch, I set out again to make good use of the fine day, this time with Sandy for a walk to the top of Warbla to take in some more rays.

We passed horses well wrapped up against the chilly wind….

…and made it out onto the open hillside and enjoyed the views.

We looked across the Wauchope…. 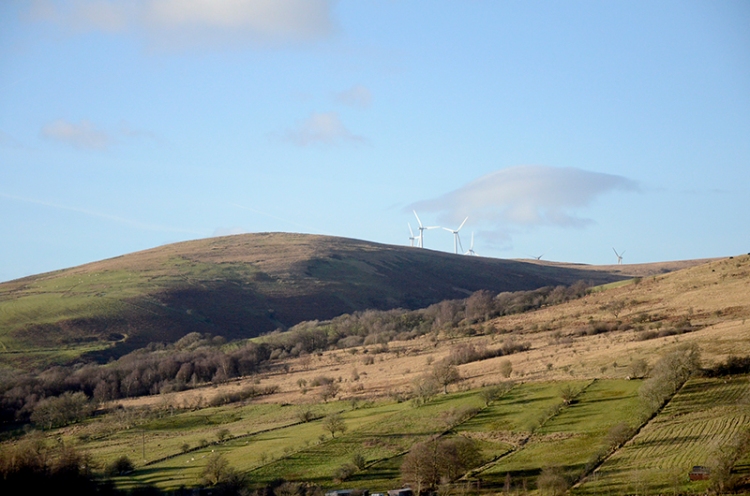 …up towards the mast, our destination… 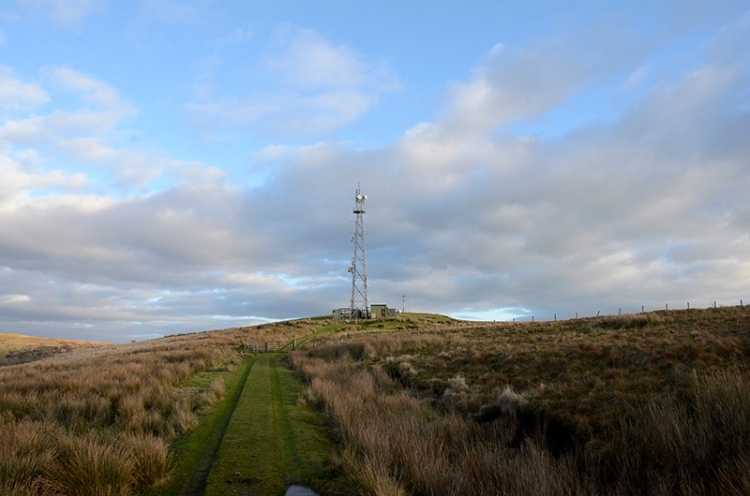 …and back down on the town below when we got there. 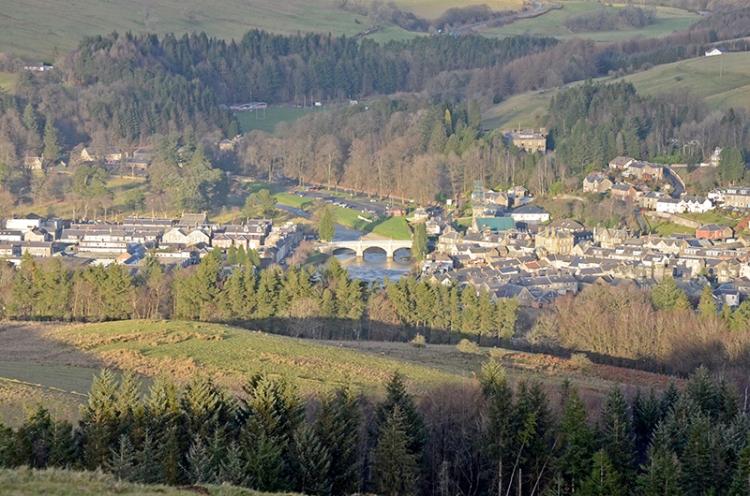 Looking around from the summit, Sandy remarked that we live in undulating country.  I don’t think anyone could argue with that.

…as well as a decorative bare tree…

…and some unintentionally arty catkins. 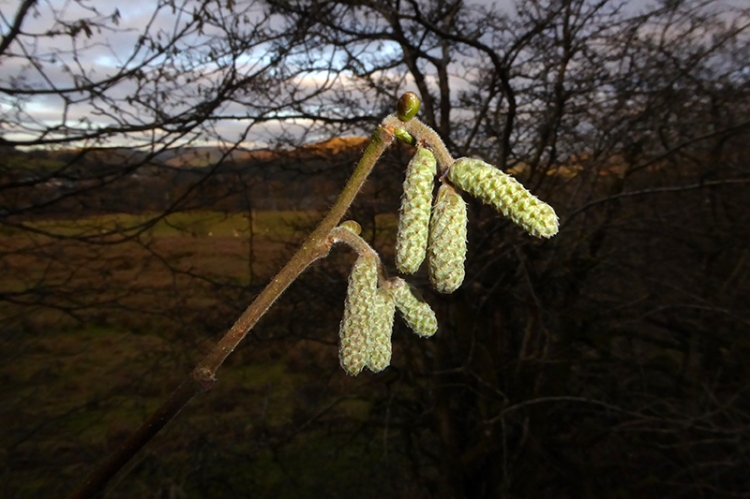 We got home after our two and a half miles quite ready for a cup of tea and a biscuit and we were joined by Mrs Tootlepedal who had been busy stripping wallpaper while we were out.

I had taken a tremendous number of photographs on all these outings so I had to spend quite a lot of time after our tea making testing decisions, trying to decide for example which of thirteen goosander shots was the least worst.  This sort of thing makes your head hurt so I broke up the task by taking a moment or two to practise some songs for our Carlisle choir which starts again this Sunday.

This is always a bit of a gamble because you can never tell whether the conductor is going to settle on the song that you are practising or not.  Just because it is in our music poke, it doesn’t mean that it is  going to make the cut.  However, it must be a good thing to practise any song so it is probably not time wasted whatever happens.

The flying bird of the day is a garden chaffinch.

I can recommend a visit to Sandy’s blog.  He got some much better hair ice pictures yesterday than me and there are some very good pictures from his recent trip to Mexico there too.