Today’s guest picture is another from our son Tony and the kingdom of everlasting sunshine, East Wemyss.  If you look closely, you might see a seal on the rock in the foreground and perhaps a cormorant too.

After our recent sunny spell, we went back to rather grey and gloomy today, but the silver lining in the clouds was a rise in the temperature to above zero.  It was a curious day because in spite of the higher temperature, the dampness in the air made it feel colder and rawer than the recent much colder but drier days.

And although the thermometer had only gone up to two degrees, by lunchtime the roads and paths were miraculously cleared of frost and ice.

It was still slippery in spots in the morning so Mrs Tootlepedal had to take care when she cycled off to a meeting about the community land buy out and I had to go cannily when I cycled to our ex-corner shop for milk and a cauliflower.

I got back safely though and was able to welcome a determined goldfinch to the feeder. 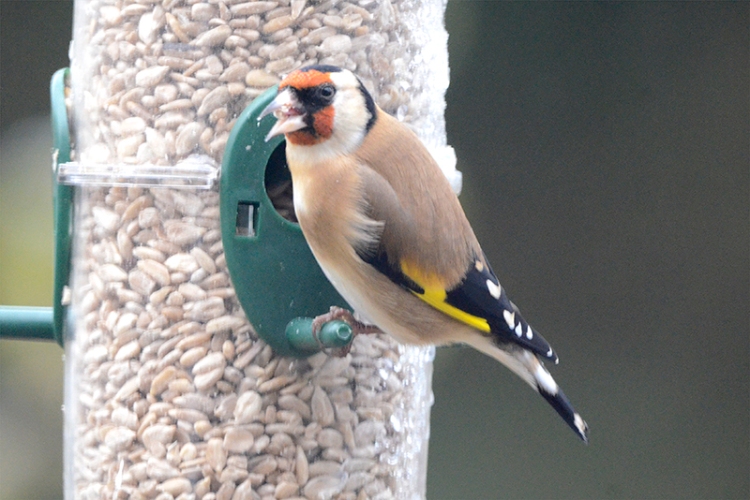 It stood its ground while chaffinches circled around. 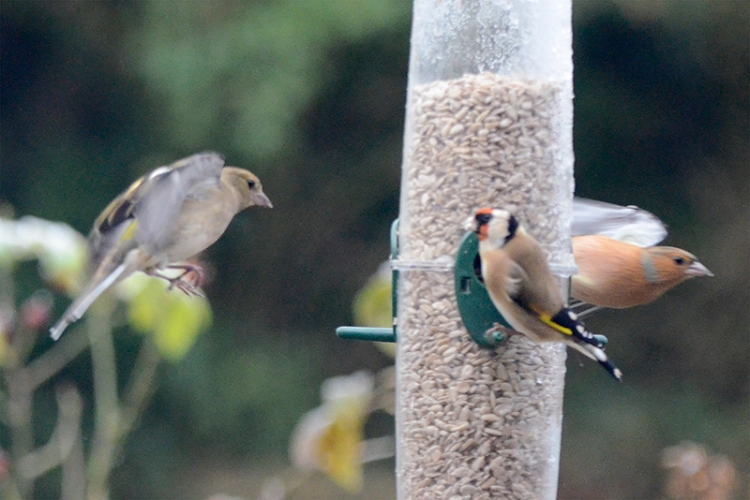 We seem to have a pair of dunnocks in the garden at the moment, this one… 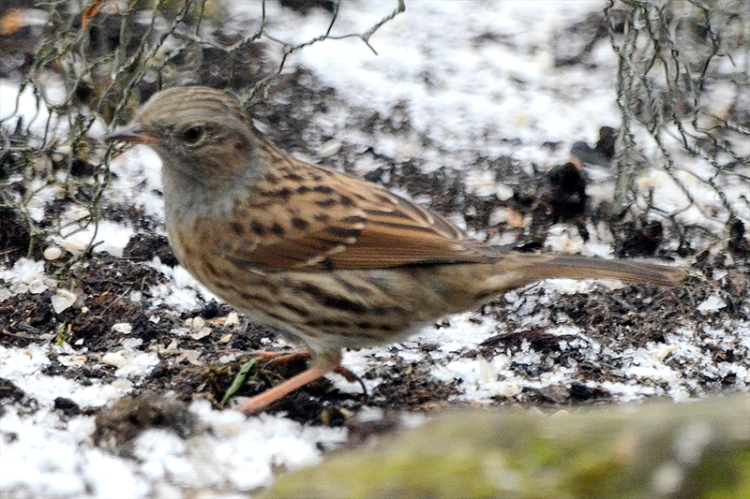 I think they must be a pair becuase I read that they are quite fractious birds and if it was two males, then they would be trying to chase each other away.

I couldn’t find any reliable guide to tell me how to distinguish a male from a female.

A blackbird made a face at me when I asked it to pose prettily.

I have had a sore back and have not been sleeping quite as well as I would wish so I had a very quiet morning, doing nothing more active than my visit to the shop and making some dull soup for lunch.  A toasted tea cake with my coffee kept me cheerful though.
(If you like tea cakes, I can thoroughly recommend Dan Lepard’s Top Tea Cake recipe from his book ‘Short and Sweet’.  His kneading method is brilliant for people with arthritic hands)

After a bowl of the dull soup (which was enhanced by some onion gravy granules to good effect), I went off for a walk.  Although I enjoy walking up hills, coming down them again doesn’t suit my feet at the moment so I stuck to the flat today, and did an extended three bridges.

I had it in mind to take a portrait of the handsome white duck that hangs about with the mallards at the Kilngreen if it was there.

It was there but it wasn’t co-operating. 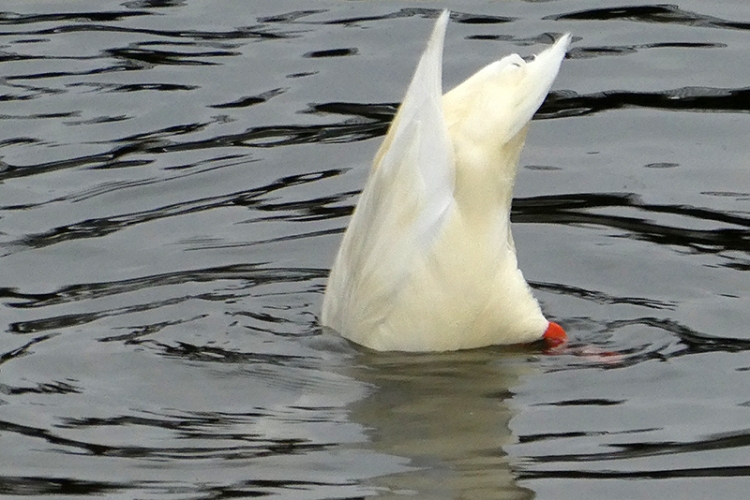 However, after some preparatory preening… 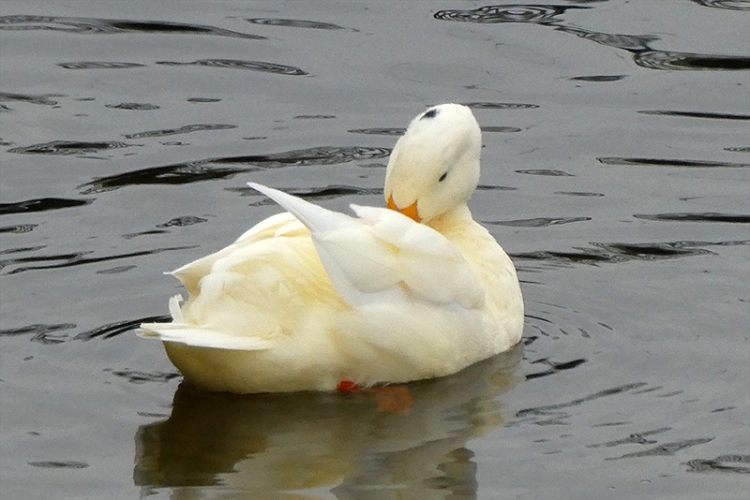 …it finally posed for a portrait.

Mr Grumpy was not amused to find that he wasn’t the star of the show today. 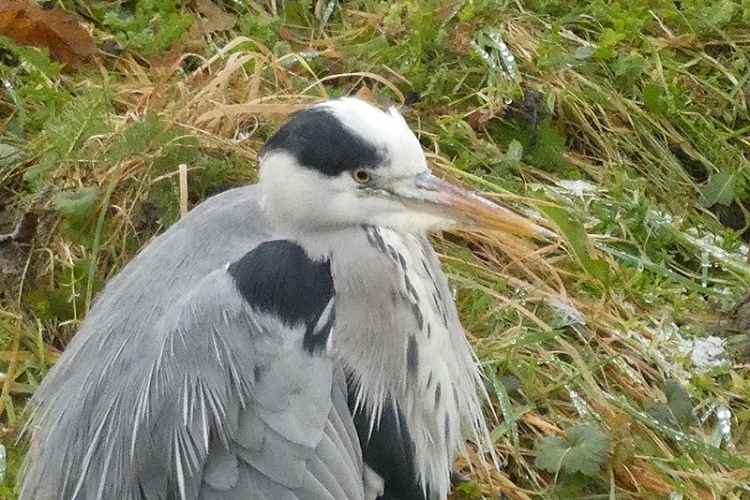 Then I focussed on trees. 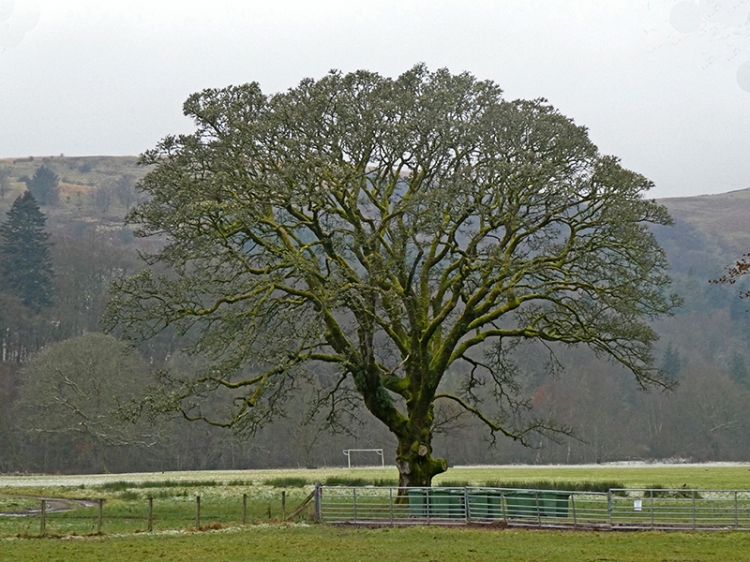 …whereas this one still had a great many leaves hanging on. 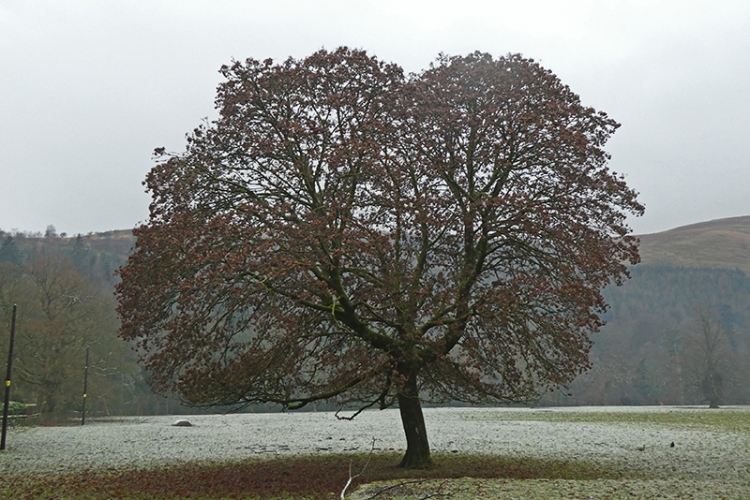 My final one, standing between the pheasant rearing houses, had neither moss nor leaves.

Although there was no ice or white frost left on the track that I was walking along, there was still plenty to be seen on the branches of trees that had not seen the sun lately…

…and a fungus beside the path was fully iced too.  Very curious. 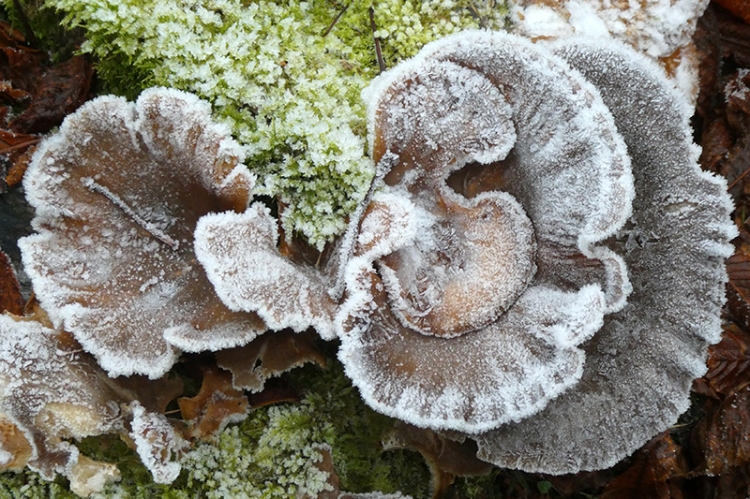 I had thought that going along this track might put me in danger of slipping and falling but as it was, I could stride out with some confidence.  This was lucky because it was remarkably raw and I didn’t stop a lot for pictures, although hair ice is always a temptation.

As I got near home, I could see that Whita had retained its own little cloud for the afternoon…

…with the monument peeping shyly through. 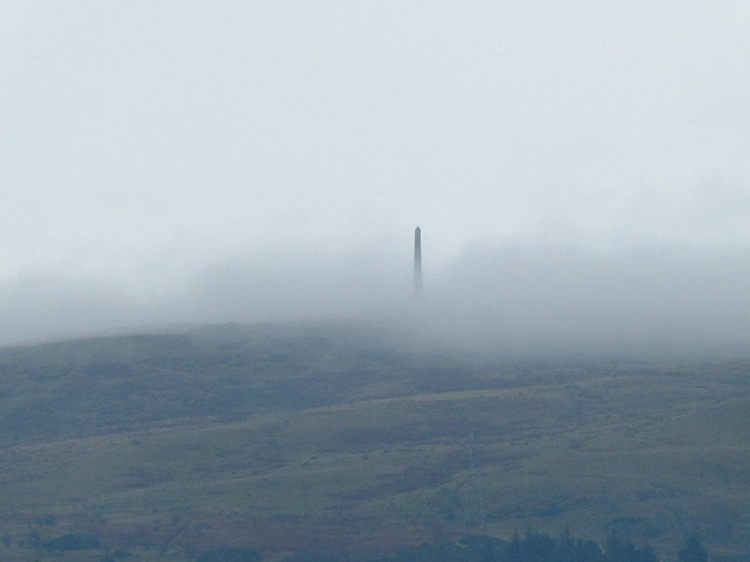 On my way past his house, I called in at Mike Tinker’s to collect some photographs which he had been given to pass on to the Archive Group, and he returned the compliment an hour later when he joined Mrs Tootlepedal and me for a cup of tea and a toasted tea cake. (Tea cakes have a habit of mysteriously disappearing.  I made twelve on Saturday and the last one is going to a good home as I write this.)

Then Luke came round and we played a sonata by Hadyn and worked at a little Bach partita.

In the evening, Mrs Tootlepedal went off to the Buccleuch Centre to see a screening from the Old Vic of a performance by the National Theatre of Present Laughter by Noel Coward .  She enjoyed it thoroughly and I must say that this new idea of screening these London plays nationally is a very good one.

I found several moments during the day to practise choir songs but was left with a strong feeling that more practice is still needed.

The temperature is due to rise a little more tomorrow, so the prospect of a bicycle ride may not be too far off.

A chaffinch is the flying bird of the day again.