Today’s guest picture comes from that inveterate traveller Bruce.  He looked in on a tea dance at the famous Tower Ballroom in Blackpool but did not venture onto the floor himself.  Doubtless things will be a bit more lurid on 16th November when Strictly comes to town.

Finally our spell of mild autumn weather came to an end today and we woke up to a frosty garden.

It wasn’t very frosty though and things warmed up gently through the morning. I wondered if the frost would have encouraged some autumn colour, so after breakfast I went out for a short three bridges walk.

I was waved off by a hosta positively glowing in the sunshine. 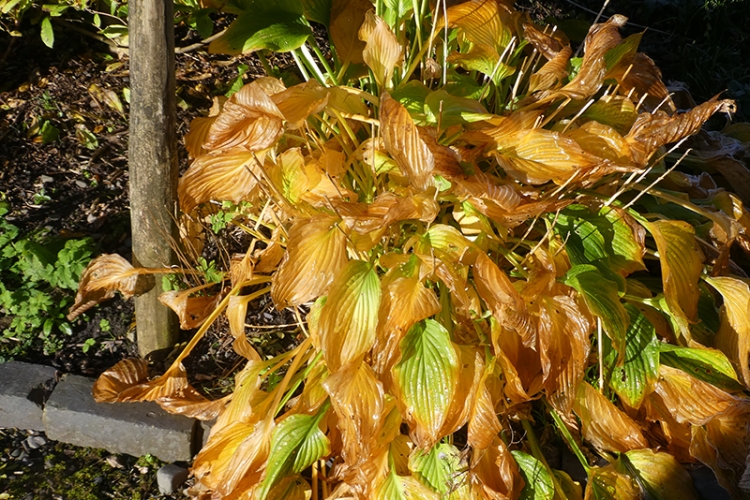 Sadly, the autumn colour was mainly on the river bank…

…though it was still a glorious morning for a walk. 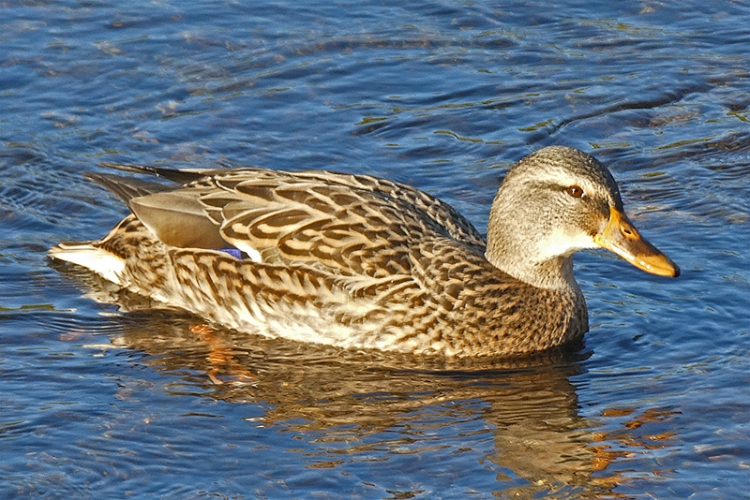 …as they cruised up and down the Ewes Water, occasionally ducking.

I fear that autumn colour is not going to figure this year and the trees behind the Sawmill Brig have lost interest in the whole thing.

The old Episcopalian Church on the Lodge Walks was looking attractive.  It is a pity that no use can be found for this building.

The trees across the Castleholm were rather dull….

…but the sunny day made for good views.  I was interested to see the hill cattle had chosen to graze near the top of the hill where I would have thought that it would be chillier.  Perhaps they got more sun up there.

With two months still to go until the shortest day, it is slightly depressing to find the sun so low in the sky even at this time of year but it does provide some Hitchcock like shots on a walk. 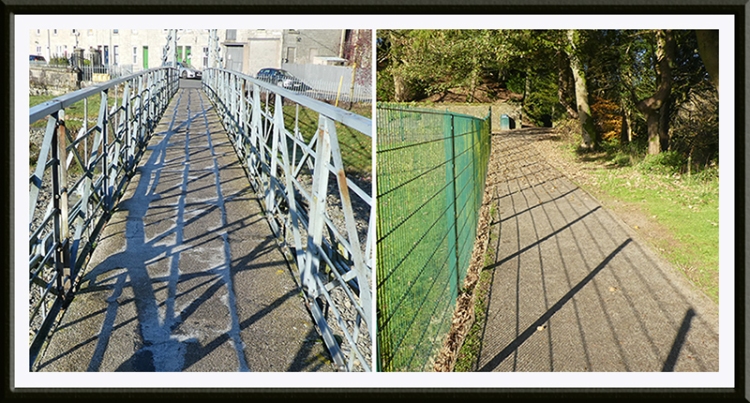 When I got back, I settled down and while Mrs Tootlepedal went off to demount her embroiderers’ group exhibition in the Welcome to Langholm hub, I did the crossword, made coffee and bread and followed that up with another tarte tatin.   We have quite a few apples in hand and the making (and eating) of tarte tatin is my approved way of dealing with them at the moment.

After lunch, with the thermometer showing 7°C, I wrapped up well and went out for a pedal.  The larches are doing their best to provide some autumn colour.  These ones are at Pool Corner.

I was a few miles up the road when I met a cyclist coming the other way.  He drew to a halt and it turned out to be Sandy out for a spin on his e-bike.  He was doing an adventurous circuit with quite a few hills in it. 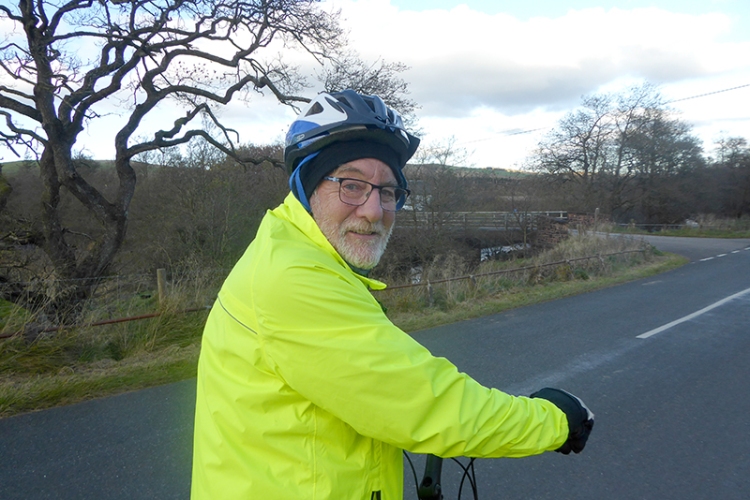 After some chat, he set off to pedal home to Langholm…

…and I cycled on up to the top of Callister.

Rather annoyingly, after a brilliantly sunny morning, a few stray clouds had turned up to hide the sun…

…but out to the west, the sea was glistening where the clouds had cleared.

It didn’t take long for them to clear where I was and I cycled home in golden splendour.

I was going to cycle through the town and out of the other side but I came upon a man with a tractor cutting the roadside hedge.  As this often involves covering the road with sharp hawthorn fragments, I turned back and did two circuits of the New Town to make up my twenty miles.

When I got home, Mrs Tootlepedal kindly cut my hair and after I had had a shower, my flute pupil Luke turned up.  Thanks to some improved teaching and some home practice, he is really getting a grip on the counting.  We are also both working on approaching high notes with confidence rather than terror, and that is showing improvement too.

The weather looks set fair for the next few days so I am hoping to be able to add a few more miles to my October total before the end of the month.  Since the clocks have gone back, I will have to make an effort to get started sooner as the evenings are really drawing in now and I don’t have good enough equipment (or the courage) to cycle in the dark.

We have put the bird feeder out and I hope that normal service will be resumed as soon as the birds notice that food is now available.  In the meantime, I didn’t see a flying bird today, so a reflective Mr Grumpy, spotted from the Town Bridge on my cycle ride, will have to do.

26 thoughts on “Slowly getting back in the groove”