Today’s guest picture comes from camera club member Simon.  He lives in Canonbie and took a walk to visit the old railway bridge over the Esk below the village.  He sent me this picture to add to my bridge collection. 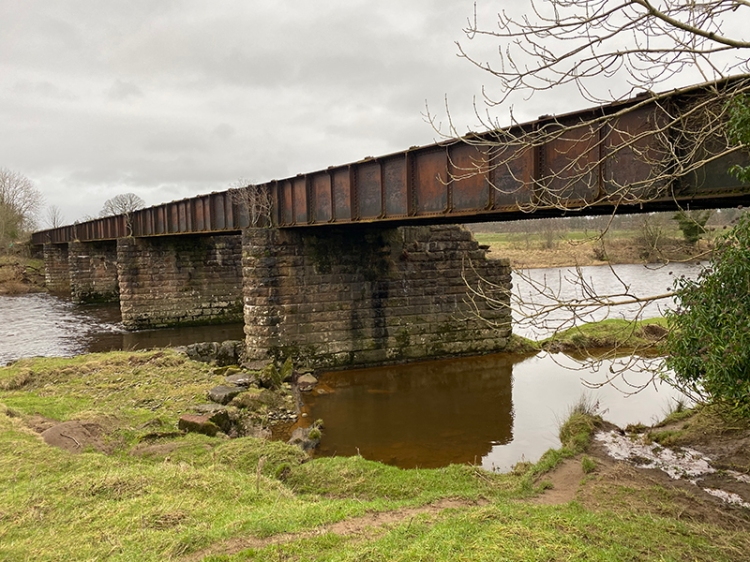 I followed doctor’s instructions to have a quiet day in again today, and the pain that such slightly boring activity brought was alleviated by the fact that it was a dull, windy, grey day outside in the morning and it got worse and wetter in the afternoon. I wasn’t missing much.

My brain is not quite at its peak so I spent some time making bread twice. The first time was a complete failure because I think that I didn’t make sure the the paddle in the bread maker was securely in position and I ended up with a very curious but definitely dead concoction.  The second effort was more successful.

I made some soup for lunch which worked at the first time of asking.

…although the light was so poor that I couldn’t take a good picture of them.

Our garden residents put in an appearance, with a dunnock…

…and a blackbird on the tray…

…and the robin on a hedge. 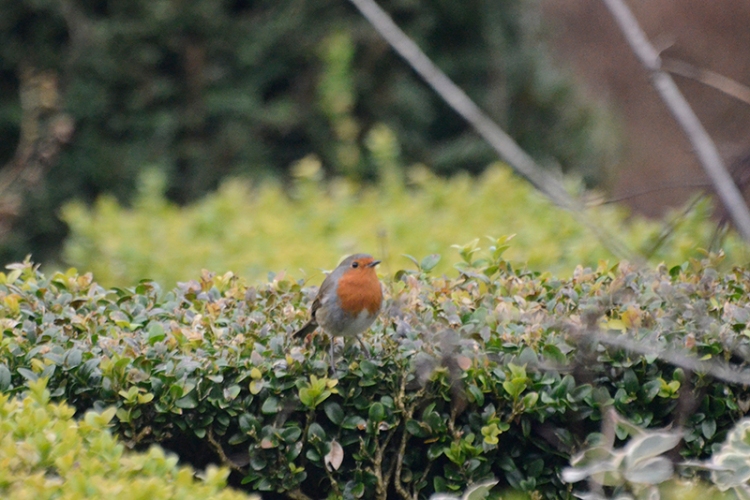 A dunnock kindly tried some trampolining to keep me entertained… 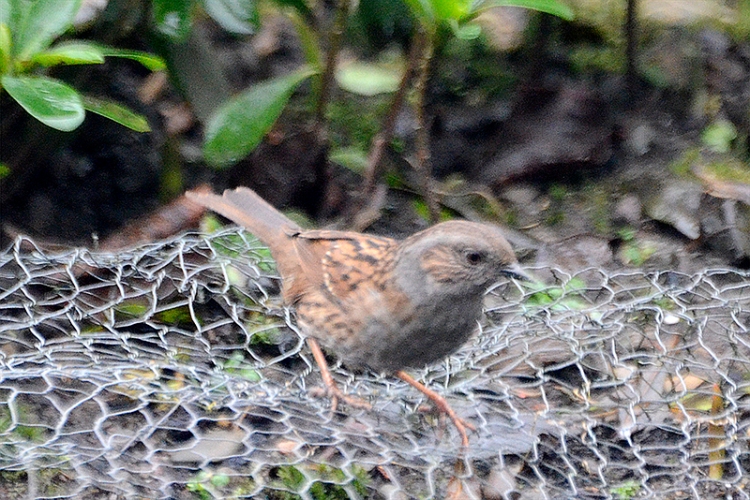 …but mostly I kept myself occupied by doing some Langholm Archive work.  I put a couple of weeks of the Eskdale and Liddesdale Advertiser index into the database and tried to make some progress with my PHP problems.

Reading the manual made my head hurt so I phoned up our younger son and called for help.  He is a computer programmer to trade and had written a lot of the original code for the affected pages.  He generously offered to help and at the time of writing the repairs are going well and most of the repair work has been done.  Mrs Tootlepedal is going to make a sticky toffee pudding to take up as a reward tomorrow.

In the evening a friend came round for a little singing practice and I demonstrated breathing techniques with such enthusiasm that I had another dizzy spell and alarmed her considerably.  You might think that I should be old enough to be sensible but you would be wrong.

However, I recovered after a few minutes and was able to eat the excellent evening meal which Mrs Tootlepedal had provided.  As it involved bubble and squeak, I was pleased not to have missed it.

I am going to have another very quiet day tomorrow with light breathing only.  It is going to be wet and windy again which will help.

A siskin is trying to see where the flying bird of the day went.  I didn’t see it either.

27 thoughts on “Parenting pays off”